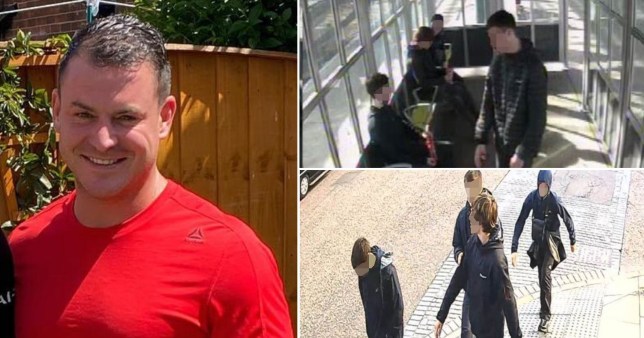 A gang kicked a dad-of-two to death in a church garden over an £11,000 Rolex watch, a court heard.

Steven McMyler, 34, was sat on a bench in Wigan parish church’s grounds in the early evening of August 6 last year before he was set upon and robbed.

The joiner had been drinking in a nearby pub with Lewis Peake, who allegedly decided to rob the expensive 18-carat Submariner watch he was wearing before attacking him with four others.

Manchester Crown Court heard that Peake, 29, first tried to persuade two youths outside The Raven pub to help him rob Mr McMyler, and was said to have promised £100 to assault him.

Prosecutor Mark Ford QC said that offer was rejected, but Peake was ‘not so easily deterred in the execution of his plan’, before the pair walked on to the gardens.

Four males from Merseyside – Jordan Short, 20, Michael Wilson, 20, and two youths aged 14 and 17, arrived at Wigan Wallgate train station at 7.12pm and seven minutes later walked up to the entrance of the church garden.

Mr Ford continued: ‘Purely by chance they were seen to encounter the other defendant, Peake, and the death of Mr McMyler would follow shortly. 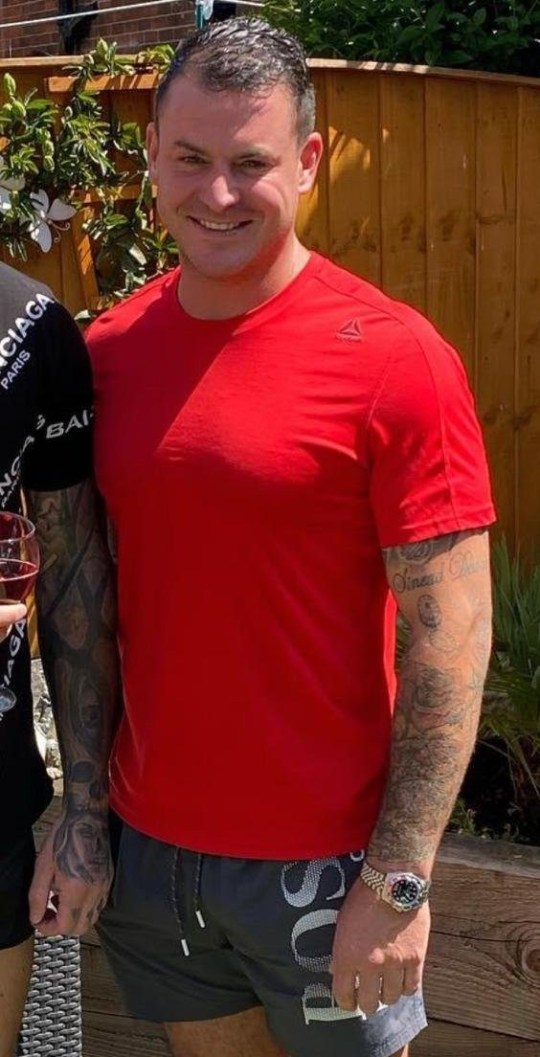 ‘There is no suggestion that Peake was acquainted with these four people, who had travelled from Liverpool.’

The court heard that there was a short discussion between the group and then grainy CCTV footage showed the attack as Mr McMyler was surrounded.

Mr Ford added: ‘Despite the poor quality of the footage, we say it is apparent that the defendants engaged in a joint enterprise to rob Mr McMyler.

‘To put it in simple terms, we say they were all in it together. 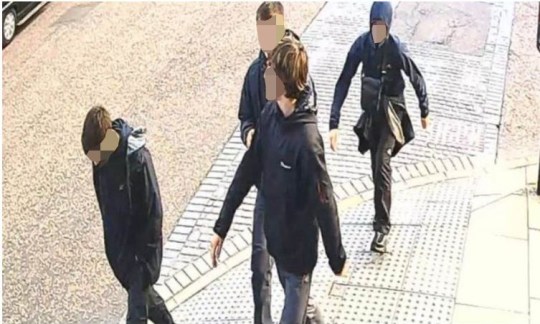 ‘During the course of that incident Mr McMyler was kicked forcefully to the head. The Crown say that kick was delivered by Jordan Short.

‘It is not thought that Mr McMyler ever regained consciousness after that kick.

‘In the course of a violent robbery carried out, we say, by these five men, that watch was taken and the assault he suffered at their hands cost Steven McMyler his life.’

Peake, from Bolton; Wilson, of Kirkby, and the two youths, who cannot be identified for legal reasons, all deny murder, an alternative count of manslaughter and conspiracy to rob.

Jurors were told that Short was unwell and not able to participate in the trial.


The prosecutor said events took a ‘rather unpredictable turn’ as Mr McMyler lay dying when the Liverpool group turned on Peake.

One of them, believed to be the youngest defendant – aged 13 at the time – struck him over the head with a bottle as they demanded cash.

After a bleeding Peake ran away they also left the church, and were said to be ‘laughing or grinning’ as they took a taxi back to Merseyside, according to Mr Ford.

The watch has never been recovered.

The court heard Peake later returned to the attack scene as Mr McMyler lay unconscious ‘with his face purple’, and did not check on him as he made off with his phone and suitcase.

When he was arrested, Peake denied he was involved in the gold watch robbery, and claimed he was a victim after the Liverpool group took £200 from him.

He said one of them had ‘volleyed’ Mr McMyler to the head.

Mr Ford said the period before Mr McMyler’s death appeared to be ‘rather troubled’, as his relationship broke down and his parents, James and Carole, were worried that he was drinking too much and on occasion using drugs.

Mr McMyler had recently opted for a ‘clean break’ by travelling to Thailand, but decided against it when he realised he needed to self-isolate for a fortnight because of the Covid-19 pandemic.

He returned from London to his home on the afternoon before his death and still had his suitcase with him.