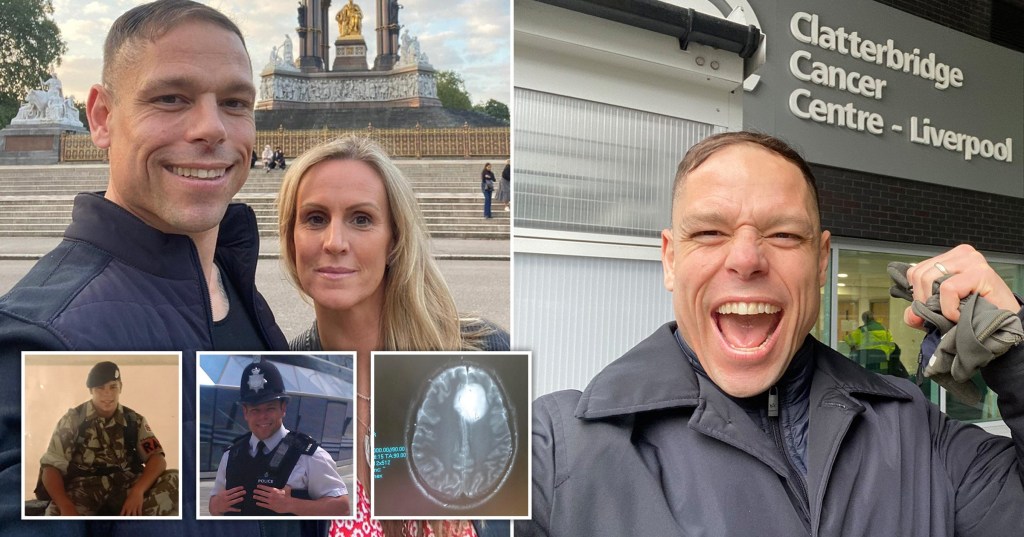 Dave Bolton, 41, was 33 when he blacked out before being told he had a brain tumour (Pictures: Dave Bolton)

A dad who was given just six months to live after waking up to paramedics in his room is still fighting on seven years later.

He remembers ‘wolfing down’ a bowl of cereal, then getting ready for bed – but has no idea what happened next.

When the detective sergeant eventually came to, at around midnight, he was shocked to see a group of emergency responders in his home.

Dave had stopped breathing and had a 15-minute nocturnal seizure although it took him some time to realise this.

‘When I came around I was just groggy so I tried to kick (the paramedics) out of the house,’ he said.

Eventually, Dave understood something was wrong when he could not answer where he worked or what his date of birth was.

He was rushed to hospital where it was discovered he had a ‘tennis-ball sized’ tumour in his head. 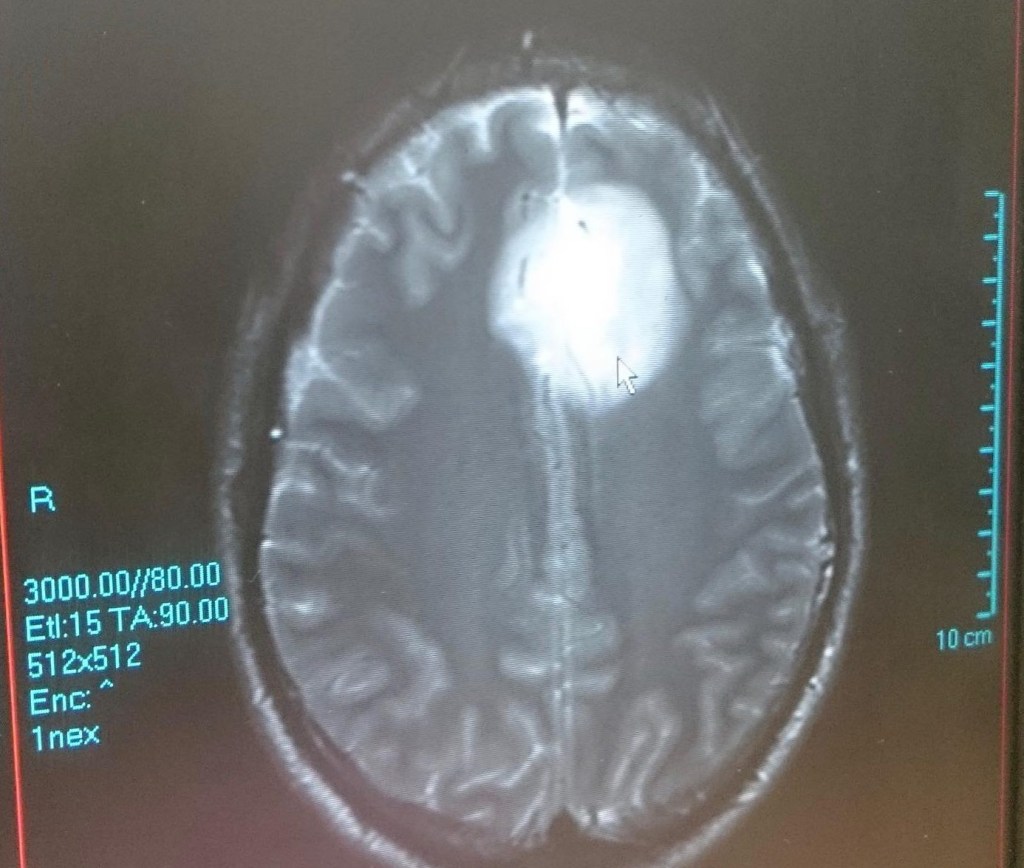 The tumour was ‘the size of a tennis ball’ by the time Dave found out about it (Picture: Dave Bolton) 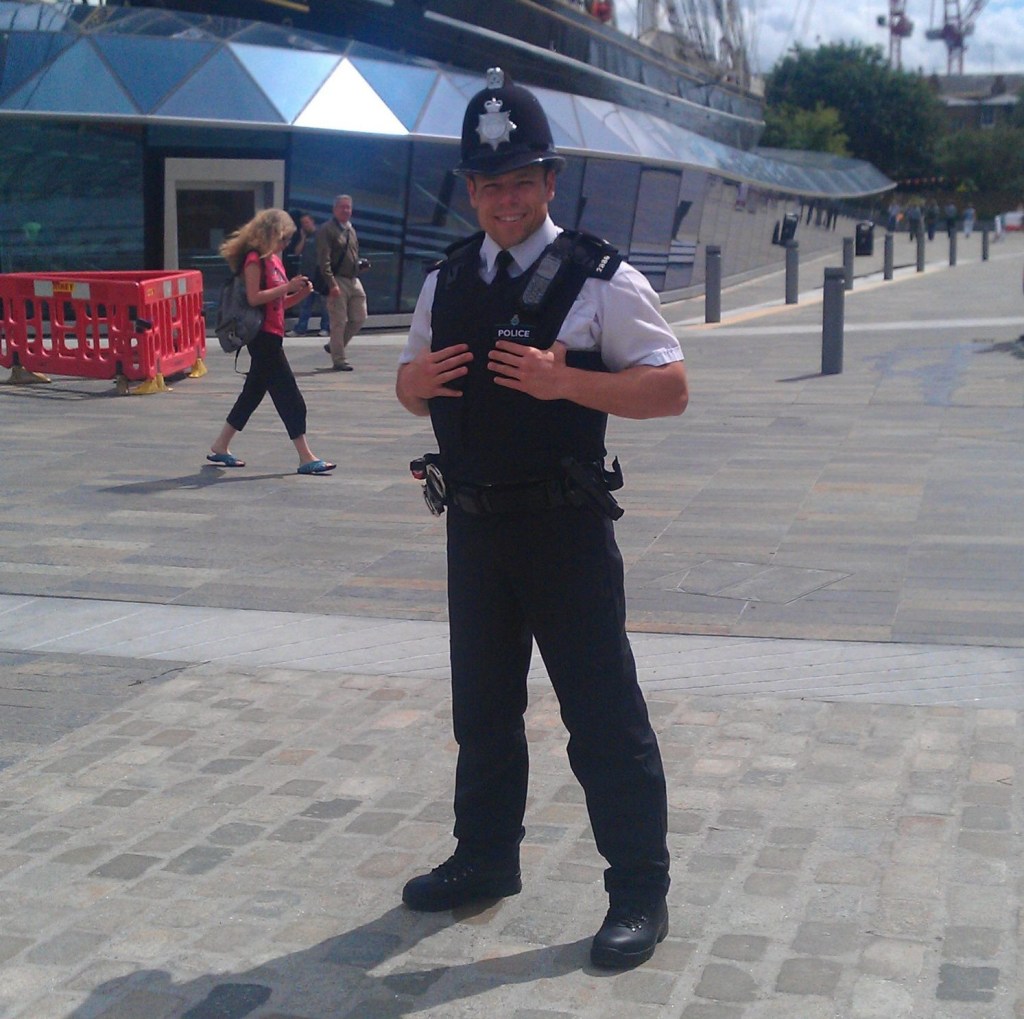 He had to take medical retirement from the Merseyside Police to get his tumour operated on (Picture: shmebbi_buns) 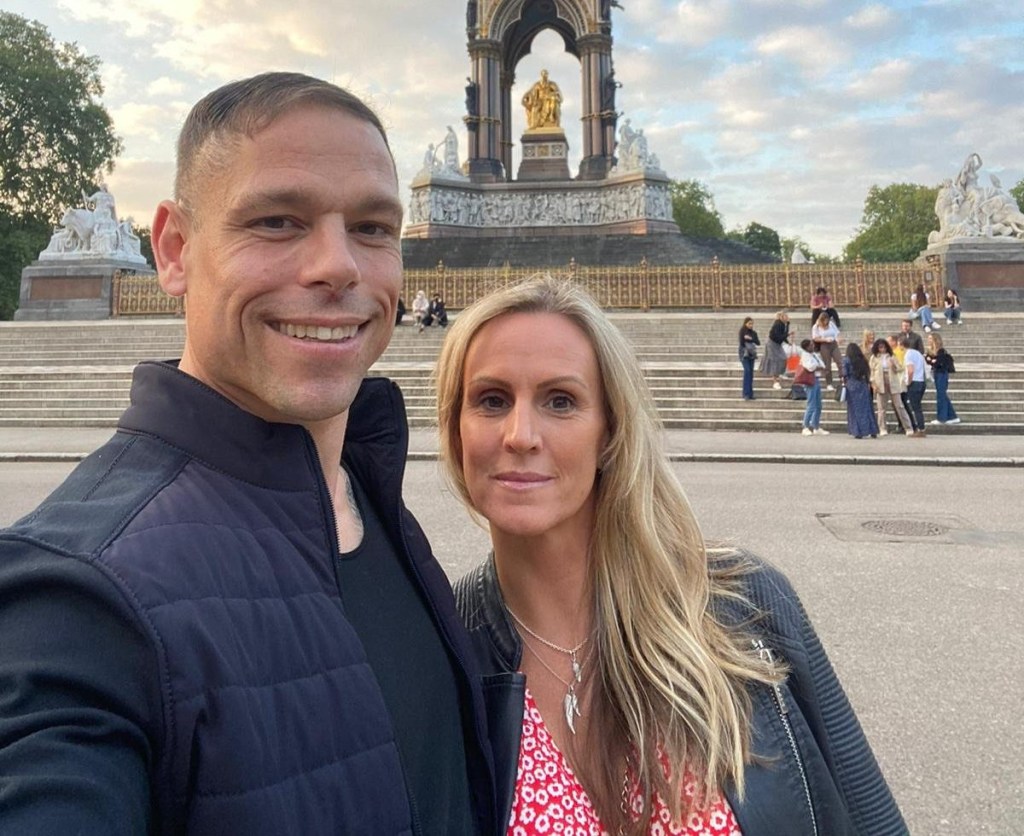 Dave said his wife Samantha helped him out of a dark place after he was diagnosed (Picture: Dave Bolton)

Following surgery, he was forced to take medical retirement from the Merseyside Police force.

But within a year, the tumour had become a Glioblastoma Multiforme (GMB) – a fast-growing and aggressive brain tumour with a devastatingly short survival time.

Dave, from Greasby, Wirral, was given a life expectancy of six to eight months with treatment and just three months without.

The now-41-year-old said: ‘I went away with a hard decision to make and slipped into one of the darkest places I’ve ever been to. I spent about two weeks just lying on the couch.

‘I accepted that I was going to die and I just lay there and waited for it to happen. I just didn’t care anymore.’

Dave said it was his wife Samantha who helped him get back up and treat his battle with the tumour ‘like a fight’. He even named the tumour Terry.

‘I decided to tackle it 360 degrees, so by diet, exercise, forming good habits of sleep, alternative therapies, supplementation, mindfulness, mediation and then accept the (traditional) treatments as well. 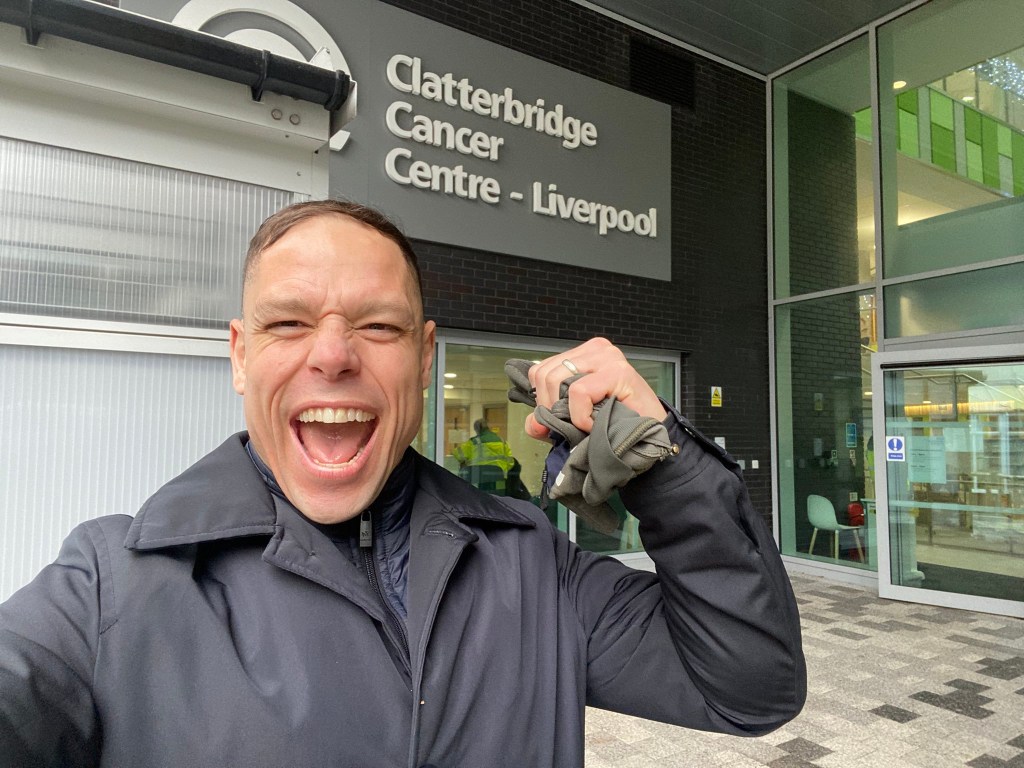 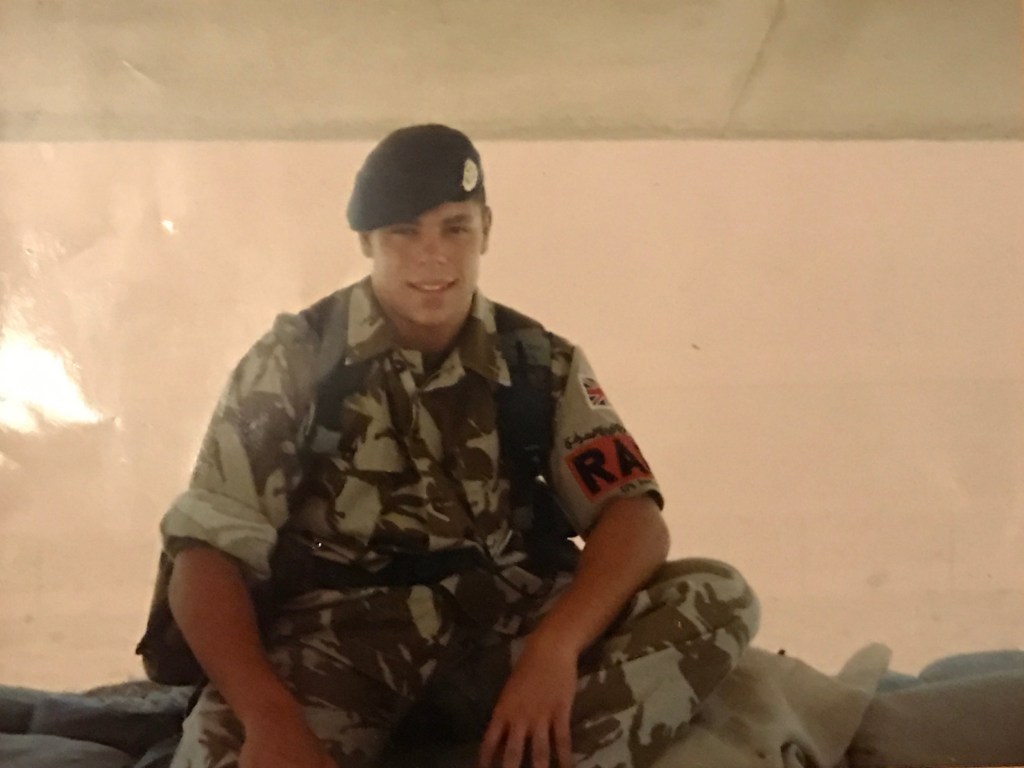 Dave said he reminded himself he ‘is not average at anything’ (Picture: shmebbi_buns)

Almost 10 years later, Dave is not only alive but has been told there is very little evidence of the tumour being visible in his body.

Even though he ‘will never be cured’, he says he is ‘a very positive person’ and runs a charity called the Ahead of the Game Foundation, which focuses on physical, mental and financial health.

Dave, who does motivational speaking, wants to raise money for more research into brain tumours.

‘I’m grateful for having terminal cancer because I see the world completely different now’, he said.

‘I’ve got better relationships with my family members now and I truly believe that what I’m doing now is what I was always meant to be doing. I just love my life and I wouldn’t swap it for anything.’