A DAD was left furious after a “tonne” of concrete fell off his neighbour’s wall onto his two-year-old daughter’s play area.

Danny Keating, 26, says he told Barratt Homes nine months ago about the significant cracks in the rendering wall, which was adjacent his garden in St. Martin, Looe, Cornwall. 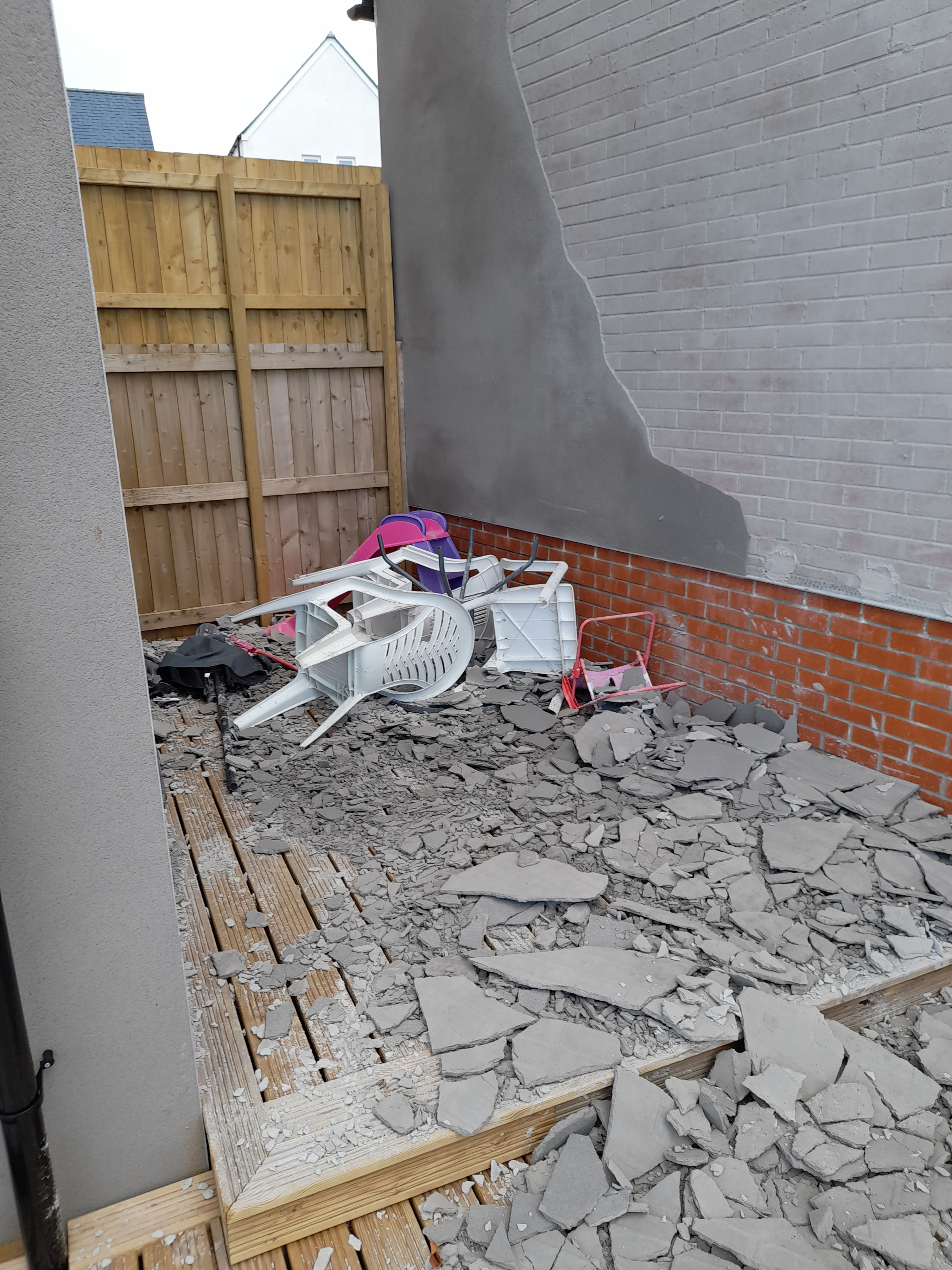 The aftermath shows heaps of the rendering strewn over the garden decking and Amelia’s pink slide visibly sticking out of the pileCredit: Caters 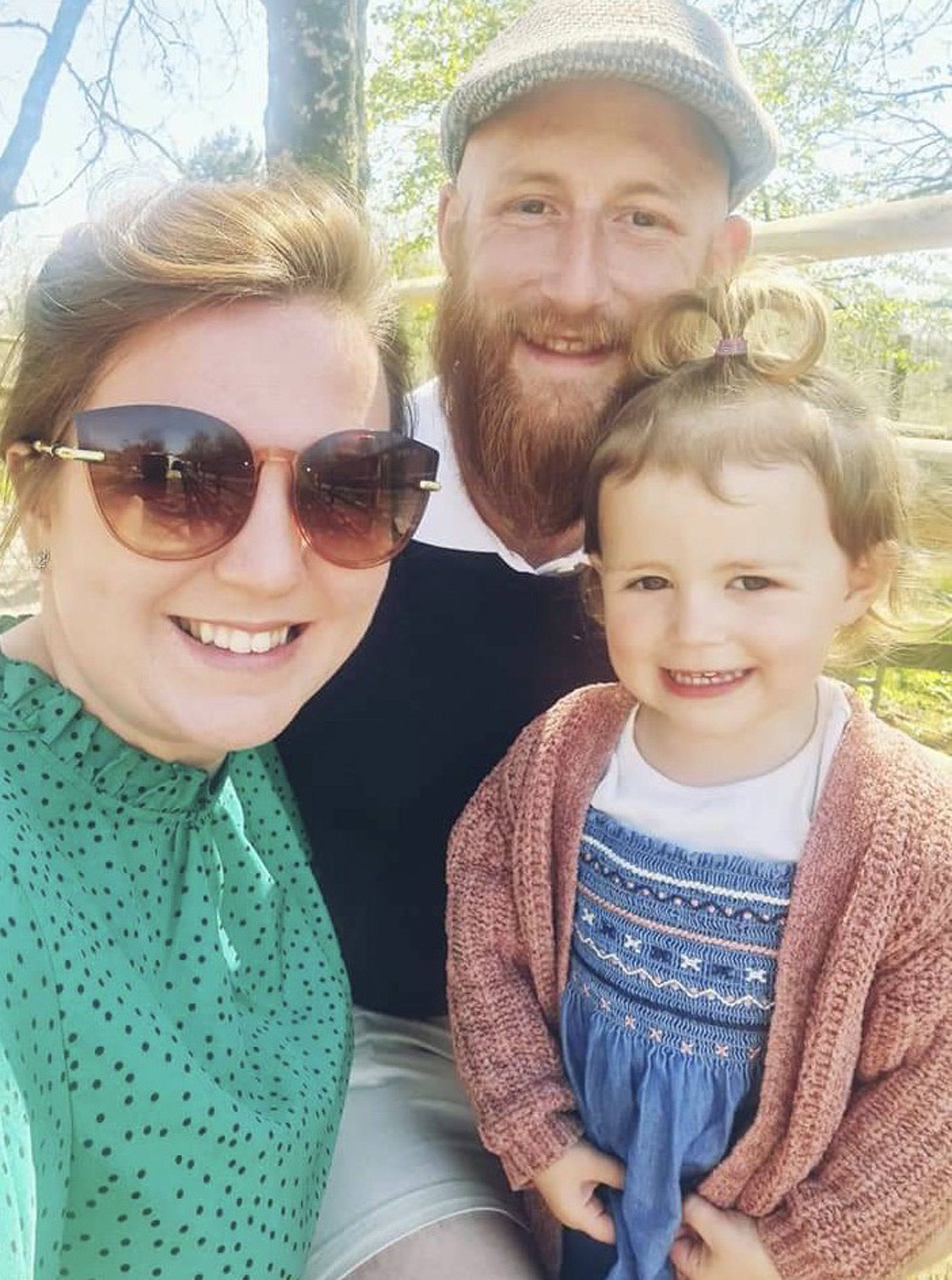 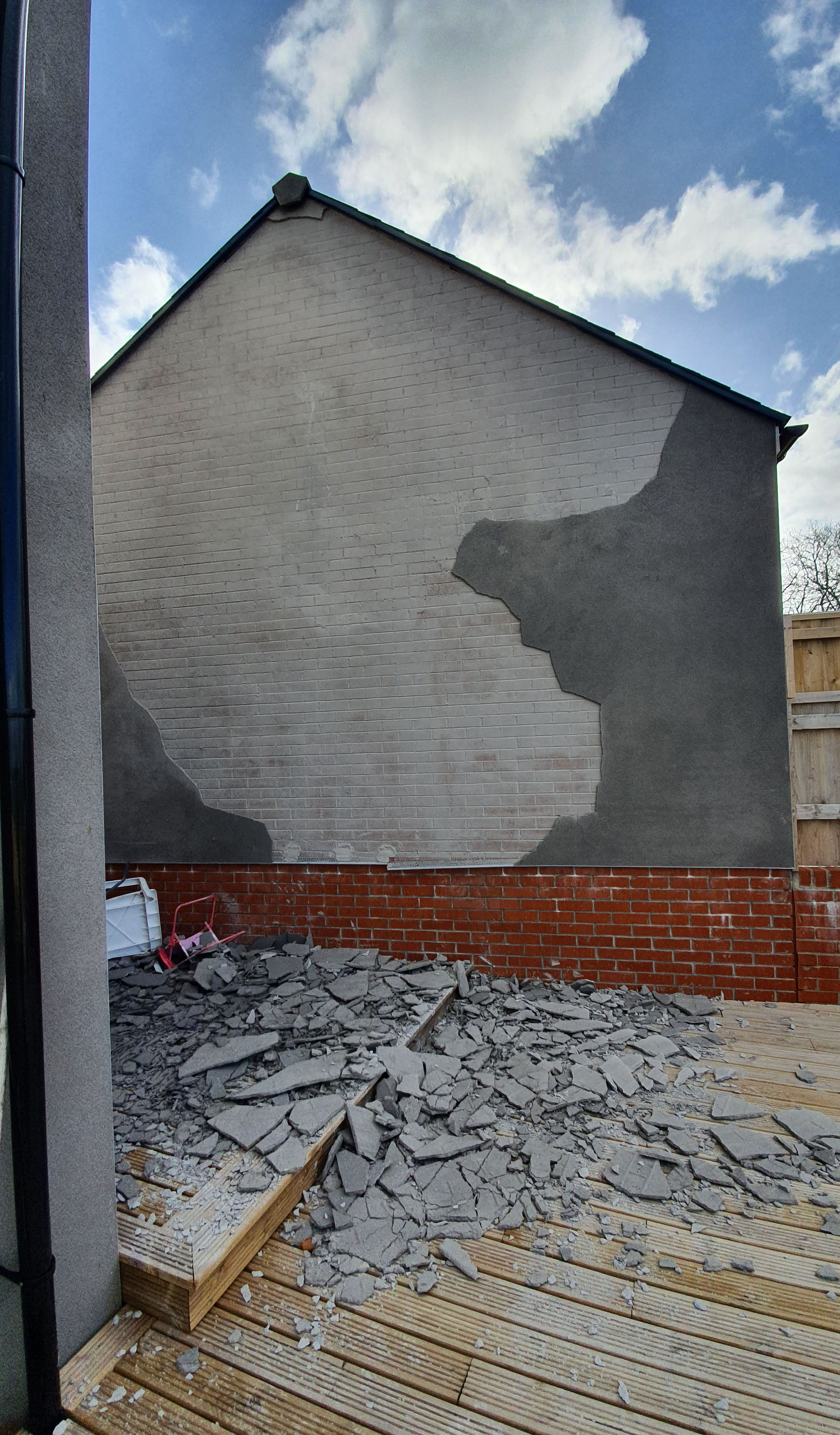 The family claim it’s all the more frustrating that Barratt Homes took so long to actCredit: Caters

While Danny and his partner, Shannon Fry, 25, say they attempted to contact Barratt Homes over the issue, they claim their urgent emails were ignored.

The couple say representatives from the company told them “if it was going to fall, it would have done already.”

Danny claims that around 10 emails were sent to the housing developer since last July.

Although stating that work was finally due to be carried outon May 4, Danny claims the rendering gave way the night before- with around a tonne of concrete smashing into his two-year-old daughter, Amelia’s play area.

Pictures show the aftermath, with heaps of the rendering strewn over the garden decking and Amelia’s pink slide visibly sticking out of the pile.

Danny said: “When it fell it sliced the material on my daughter’s little chair in half. If it did that to material thicker than skin, god knows what it would have done to either my daughter, me or my partner. We could have been crushed.

“We were only out there a little while before – she’s only two and loves playing out in the wind and rain – running around, playing on her bike and having a laugh before dinner. But four hours later it came down.

“A nine-month period, from reporting it, to when it fell, four hours is just a blink. We were so lucky”

The family claim it’s all the more frustrating that Barratt Homes took so long to act – with builders still working on the site as they waited for repairs to be carried out.

He said: “This was four hours of work they could have done at any time – builders have been on site for many months now. After the first lockdown they built a completely new house here before making ours safe.” 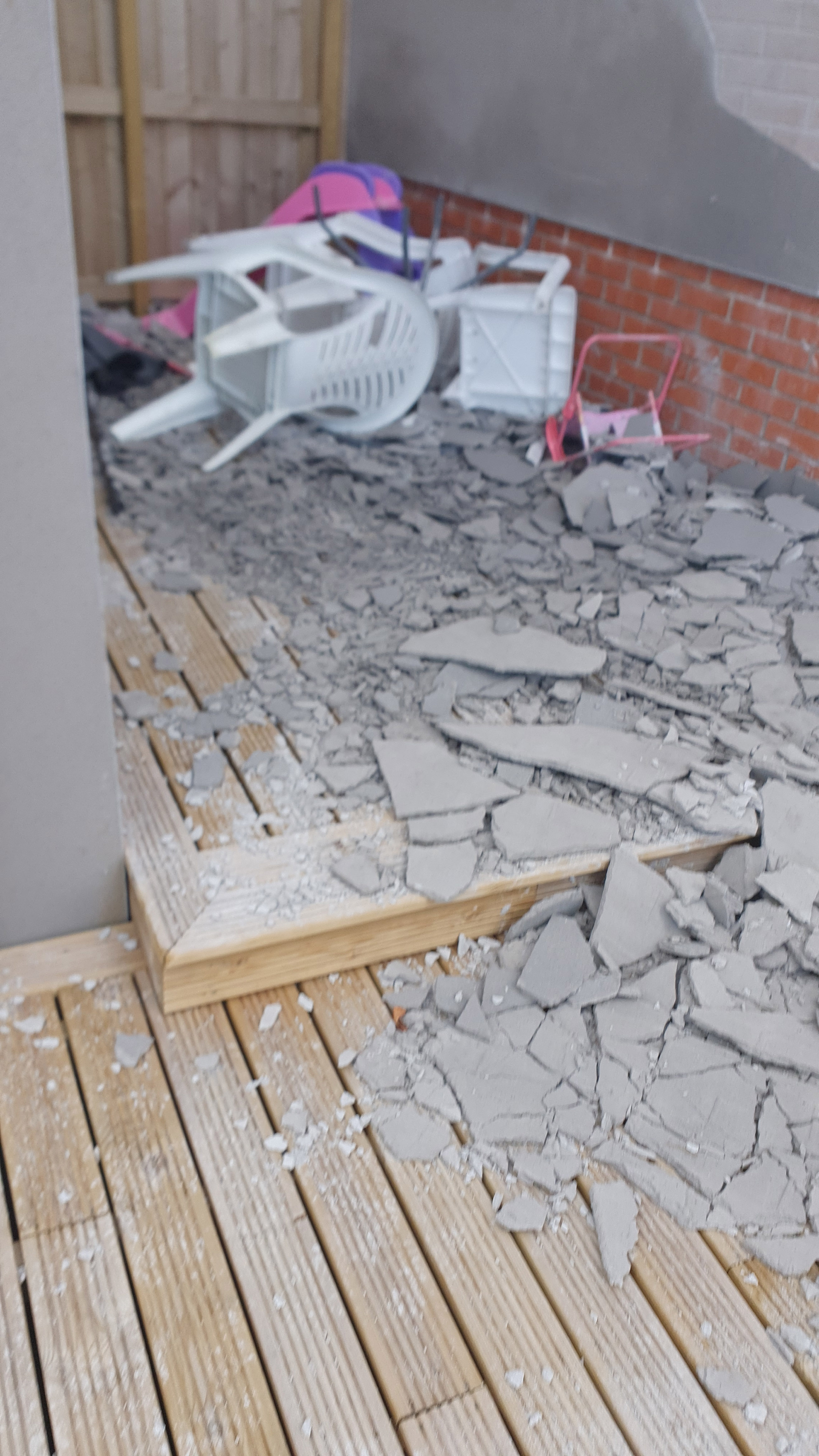 Danny claims that around 10 emails were sent to the housing developer since last JulyCredit: Caters 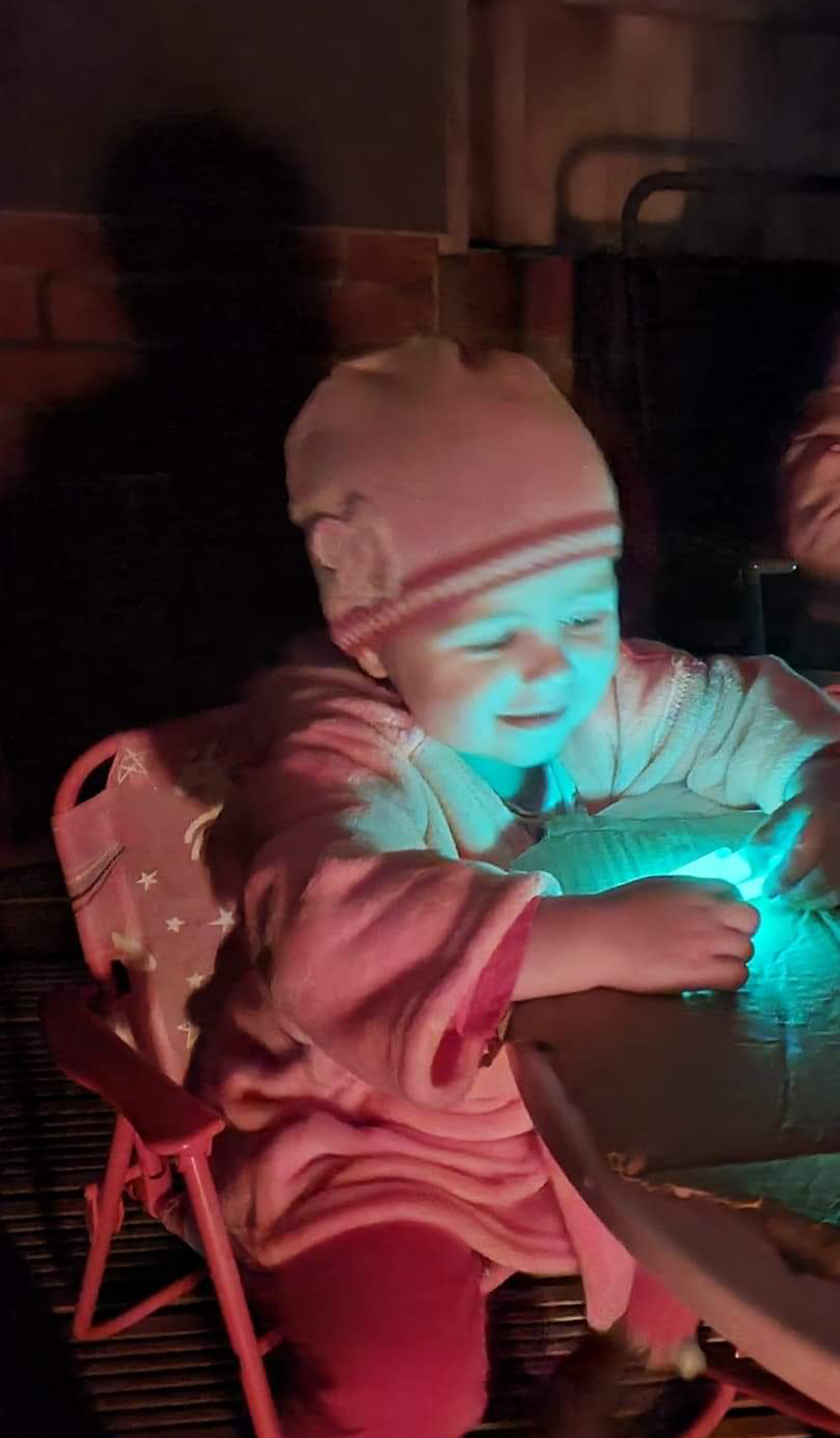 Amelia Keating, 2 had been playing in the garden just hours before the rendering collapsedCredit: Caters

Shannon had to stay at a relatives house the following day on May 5, due to the stress of the incident – having worked two consecutive night shifts as a health care assistant at Derriford Hospital, she arrived home to find the rendering collapsed.

Danny said they were then surprised at the assessment from Barratt Homes after the incident– who he claims blamed a door being slammed for finally causing the rendering to collapse.

He said: “What makes me laugh is that by trying to shift the blame like this, it just makes them seem worse – they’re the ones who hired the people to put in the frame and signed off on it being installed.

“I can’t believe that just slamming a door should knock your render off like that, especially considering the door is on the other side of where the render fell.”

He added: “I would say I’m disappointed, you put a lot of trust in them when you spend an awful lot of money on something like a house. You don’t expect something like a wall falling down to happen and especially not for a door being slammed.

“If that is the case do we now need to not slam our doors in case something happens? It just seems so bizarre and they just aren’t acknowledging their mistakes” 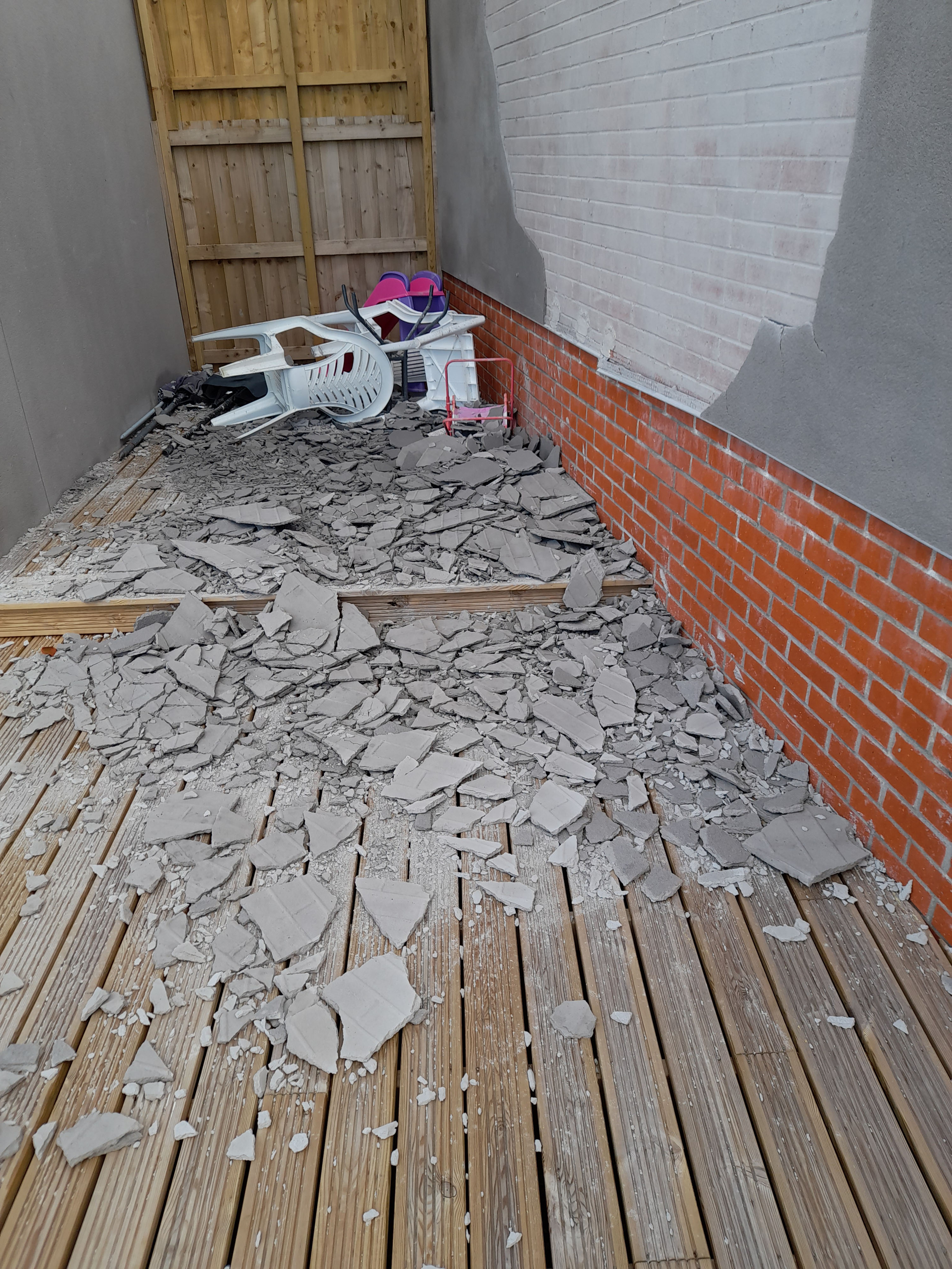 The dad says that the compensation has been ‘completely unfair’Credit: Caters 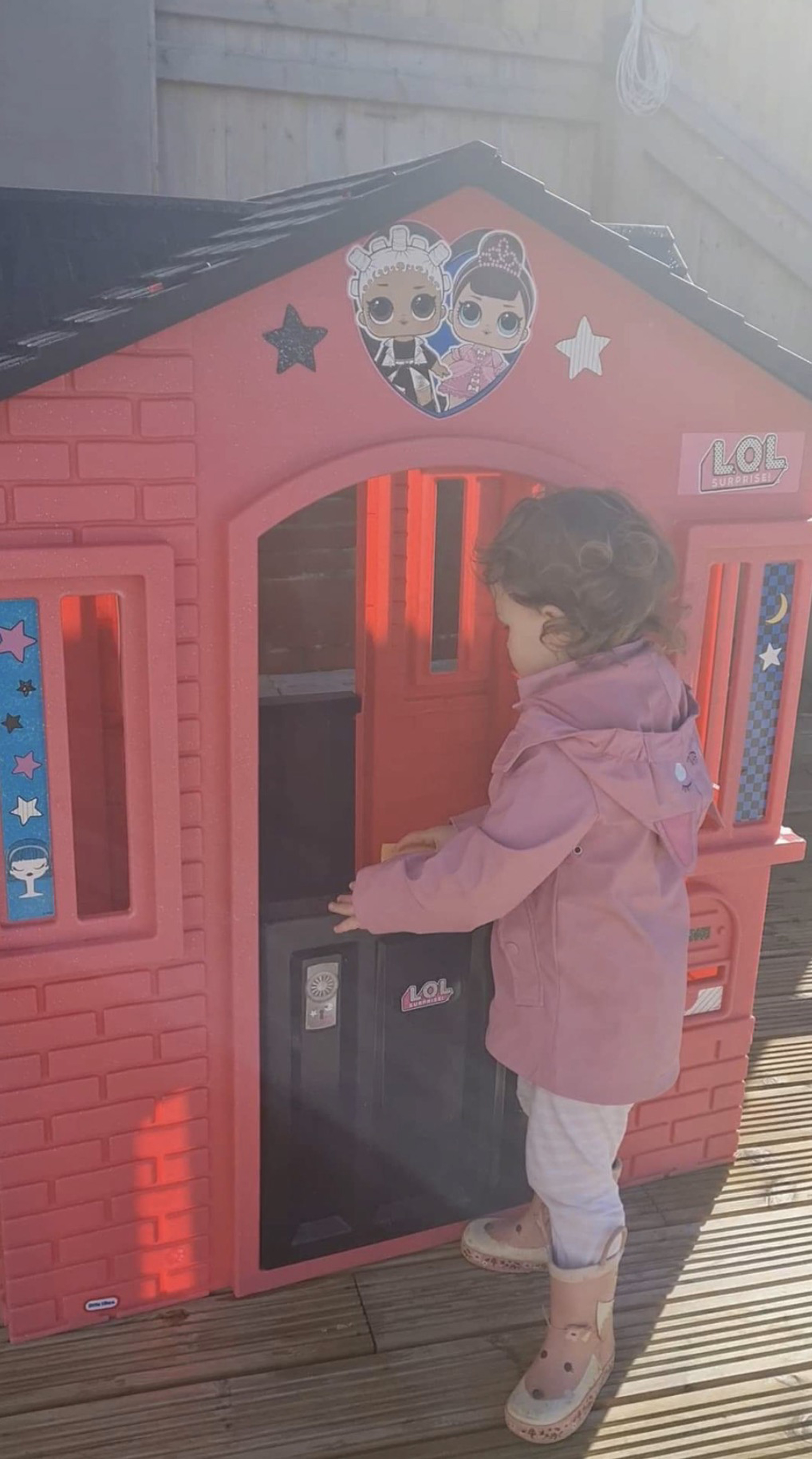 The family are still unhappy with the response – and said they want the company to admit that mistakes were made and offer an apology.

He said: “Our neighbours have been offered £500 for their inconvenience because it was their property and on their wall. But it fell into our garden and only missed us by four hours – they just want to give us money for a day out?

He added: “We will probably put some work off until they admit they are at fault, which there’s no question of. We just want them to accept they did something wrong.”

“The word I always find myself saying is neglect, that’s what this was at the end of the day.

“They had nine months to sort a problem which could have been deadly, it’s only by the grace of God it wasn’t. They just put it off.

“We would just appreciate a sincere apology from them, which we don’t believe we’ve had so far.”

Rachael Hales, head of customer care for Barratt Homes, Cornwall, said:“We are very sorry about this incident and had the site cleared immediately and fully inspected to ensure it was safe.

“We take safety extremely seriously and sent a team to the home as soon as the incident was reported.

“Following detailed assessments, the repair work is now scheduled for next week and we are in touch with the residents to ensure they are reimbursed for any damaged items.

“We would like to offer our sincere apologies for the stress and inconvenience caused.”