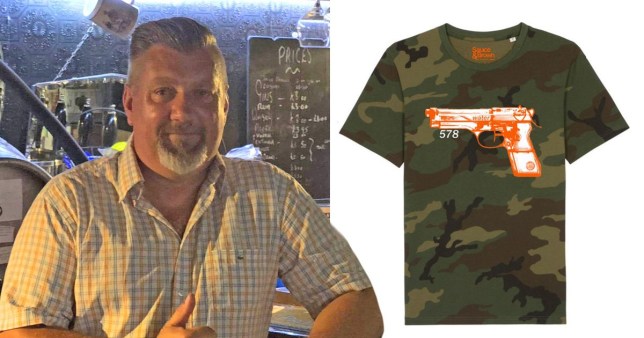 Richard and the T-shirt which got him in trouble (Picture: Kennedy News and Media)

A man said he was nearly thrown out of an airport as security made him take off his ‘offensive’ T-shirt.

Pub landlord Richard Darrington’s top had an image of a red water pistol and the word ‘water’ on it.

The dad-of-three was stopped at Birmingham Airport while passing through checks by a staff member who deemed the top ‘offensive and ‘against airport protocol’.

The 52-year-old, who was flying to join his wife in Aberdeen, had no change of clothes as she had packed for both of them.

He said his only option was to take the shirt off in the middle of the airport and turn it inside out.

The airport said they did not have a record of ‘this particular event’. But they ‘fully support’ staff who act to ‘protect customers from offensive words and images’.

Richard, from near Nottingham, said: ‘I was walking through to the aircraft and through security at Birmingham airport and the lady stopped me in security.

‘The lady said you’re going to have to cover or remove that T-shirt. 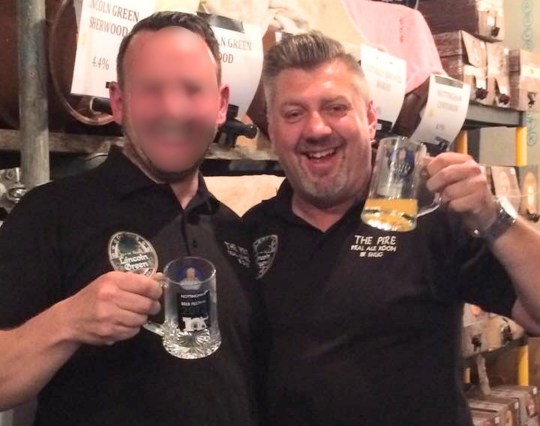 ‘My first reaction was I thought she was joking. I just said “are you having a laugh?” and she said “no, cover it up or turn it inside out”.

‘I said are you serious? It’s a water pistol? She said “it’s offensive!”. I said how’s it offensive, it’s a T-shirt?

‘I told her I’m not going to be able to peel a gun off a T-shirt and I was having a bit of a laugh with her but she was obviously in a bad mood.

‘I think what she wanted me to do was go and change it in the toilet, I didn’t. I just turned it inside out and carried on walking.

‘It was no big deal but it was silly – it’s laughable. It’s airport security gone mad.’ 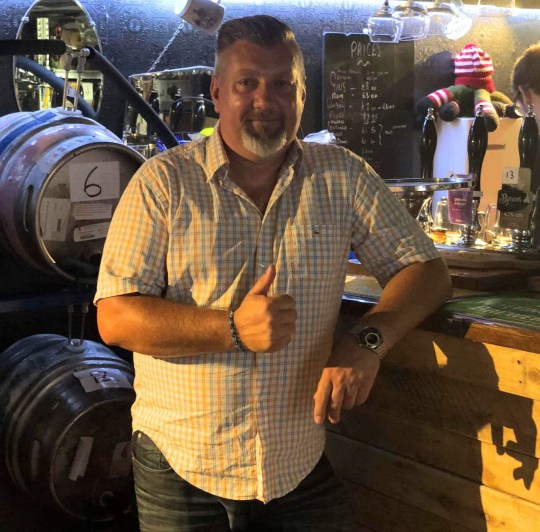 Dad-of-three Richard is a pub landlord near Nottingham (Picture: Kennedy News and Media) 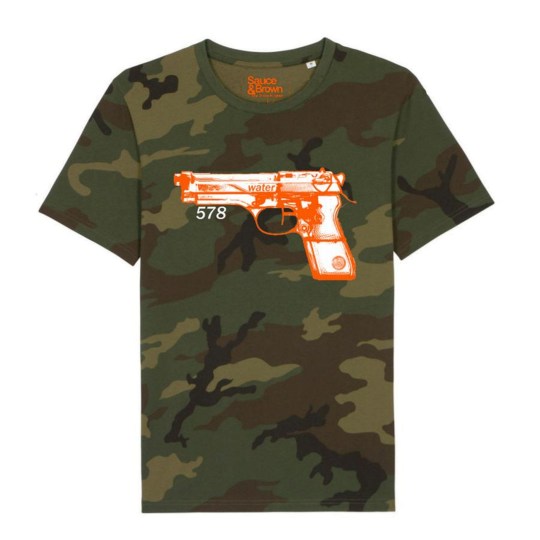 The ‘offensive’ shirt Richard was wearing at the airport (Picture: Kennedy News and Media)

The co-owner of the T-shirt’s manufacturer Sauce and Brown said the word ‘water’ had been added to stop any misunderstandings arising.

A spokesperson for Birmingham Airport said: ‘We do not have a record of this particular event.

‘Although a T-shirt is not an offensive item, some images and words can be, and we fully support our staff members who would look to protect our customers against any offence, should they feel there is reason.’

‘This place is on the move’: how artists are reviving Cornwall’s St Austell | Cornwall