A DAD is flogging a DIY trailer made from a used coffin after his wife banned him from parking it outside their home.

Lee Young, 38, had planned to use the 7ft casket for family camping trips after picking it up at a scrapyard for £500. 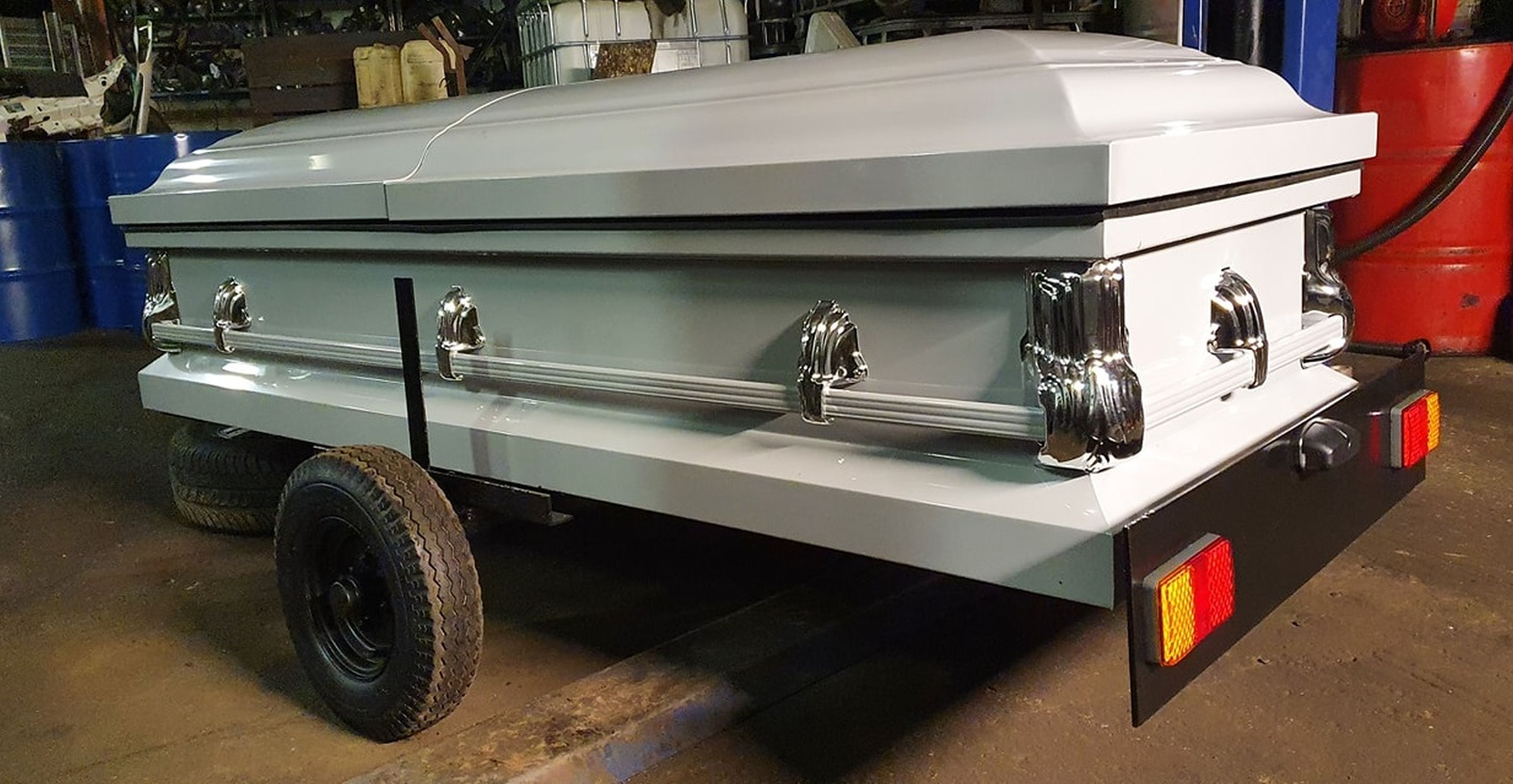 A dad is flogging a trailer he made out of a used coffinCredit: Kennedy News/Lee Young 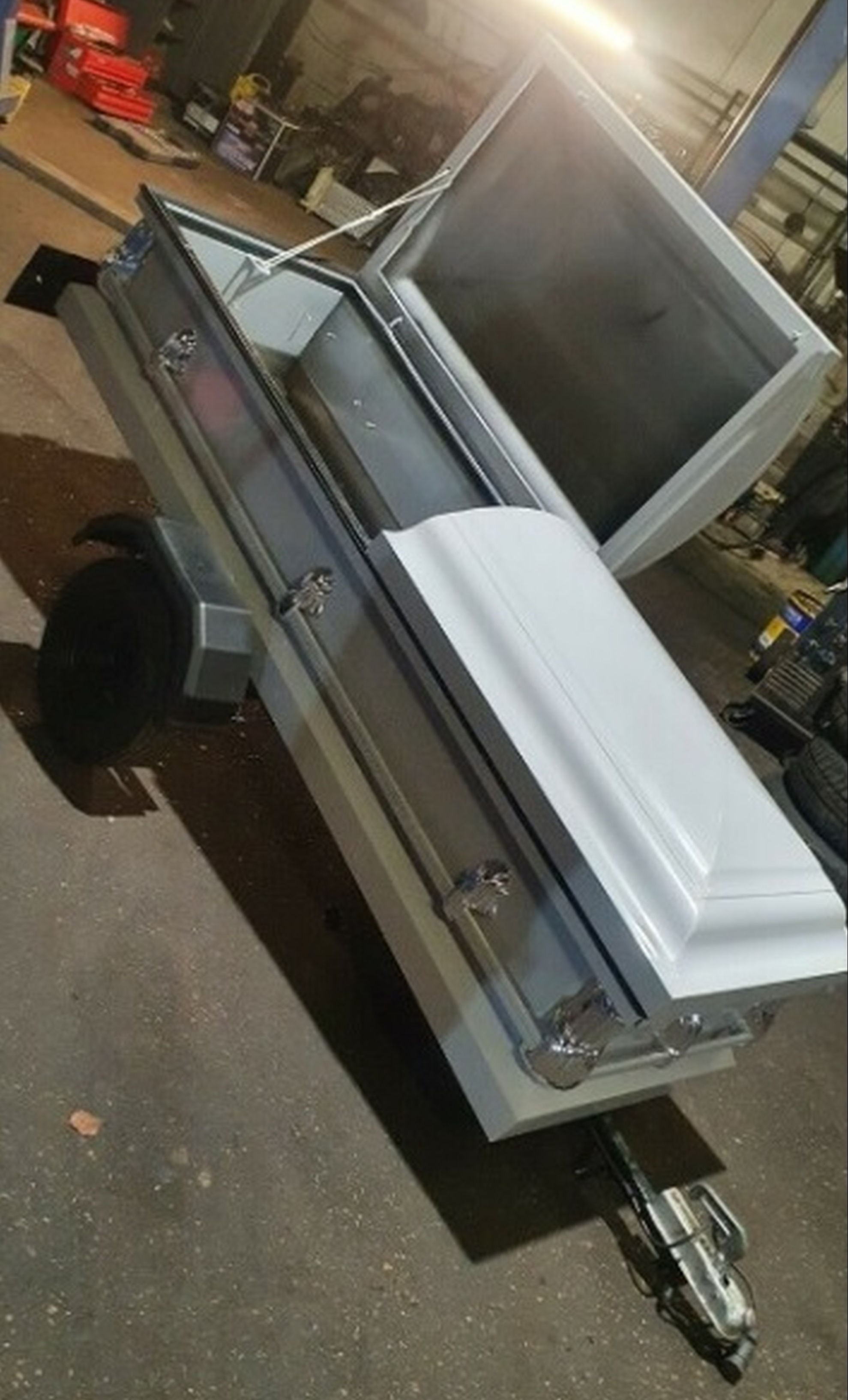 He attached mudguards, wheels and lights to the 7ft casket – which had transported a corpse from the US to BritainCredit: Kennedy News/Lee Young 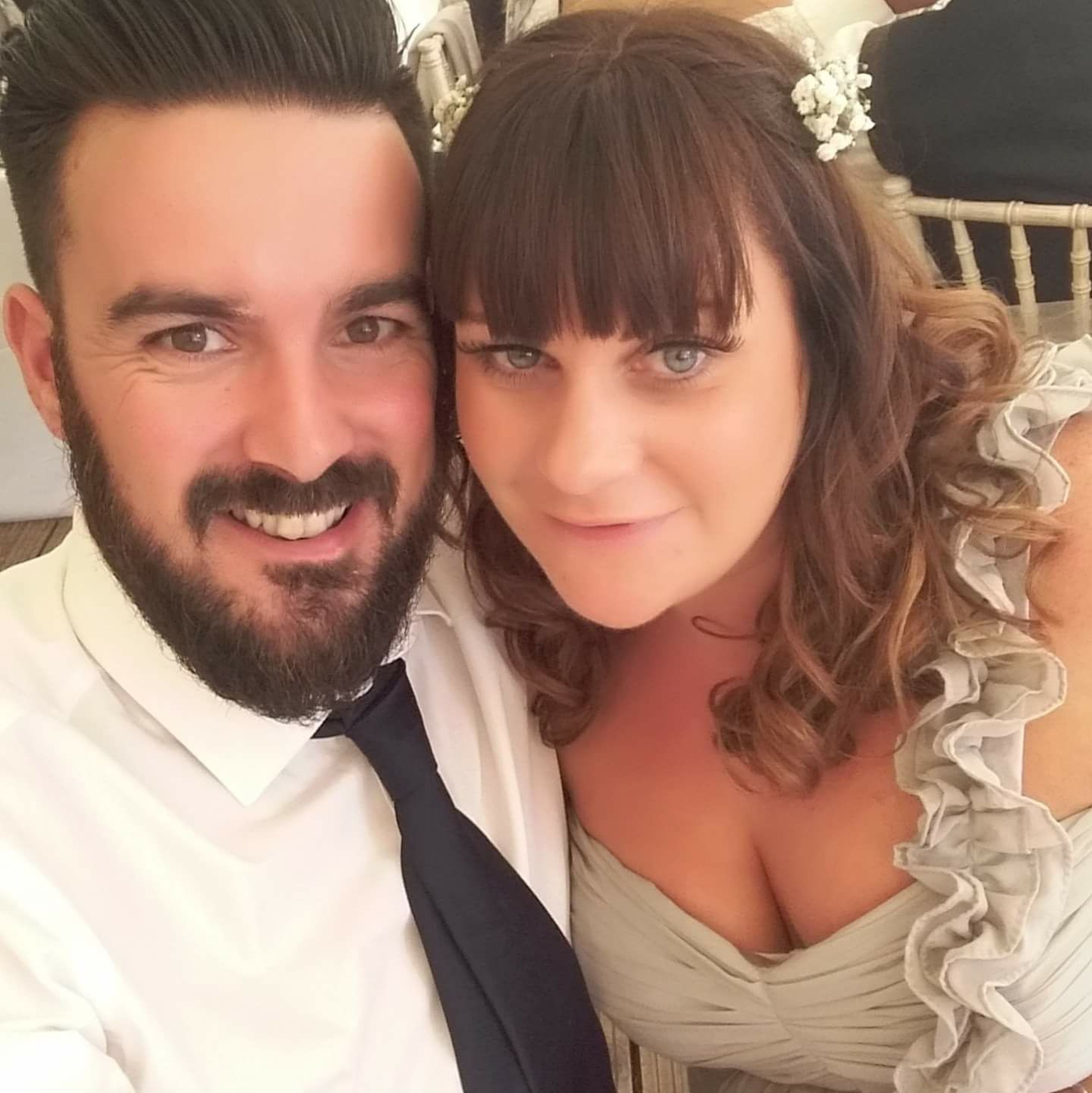 Lee Young was forced to sell it after his wife banned him from parking it outside their homeCredit: Kennedy News/Lee Young/Facebook

He bought the casket in November last year, spent £10 on mudguards and picked up a trailer and lights for free from the yard where he works.

But his wife Kerry, 37, an admin assistant, hit the roof when she found out and demanded he get rid of the coffin.

Lee said: “I said, ‘I’ve made a trailer’ and she was like ‘brilliant, great we can go camping’.

“Then she asked if she could see a picture of it and went spare.

“A happy wife is an easy life, so I’ve decided I’ve got to sell it.”

Kerry warned Lee would be “buried in the garden” if he kept the trailer.

He has had some interest from funeral directors, but no firm offers. 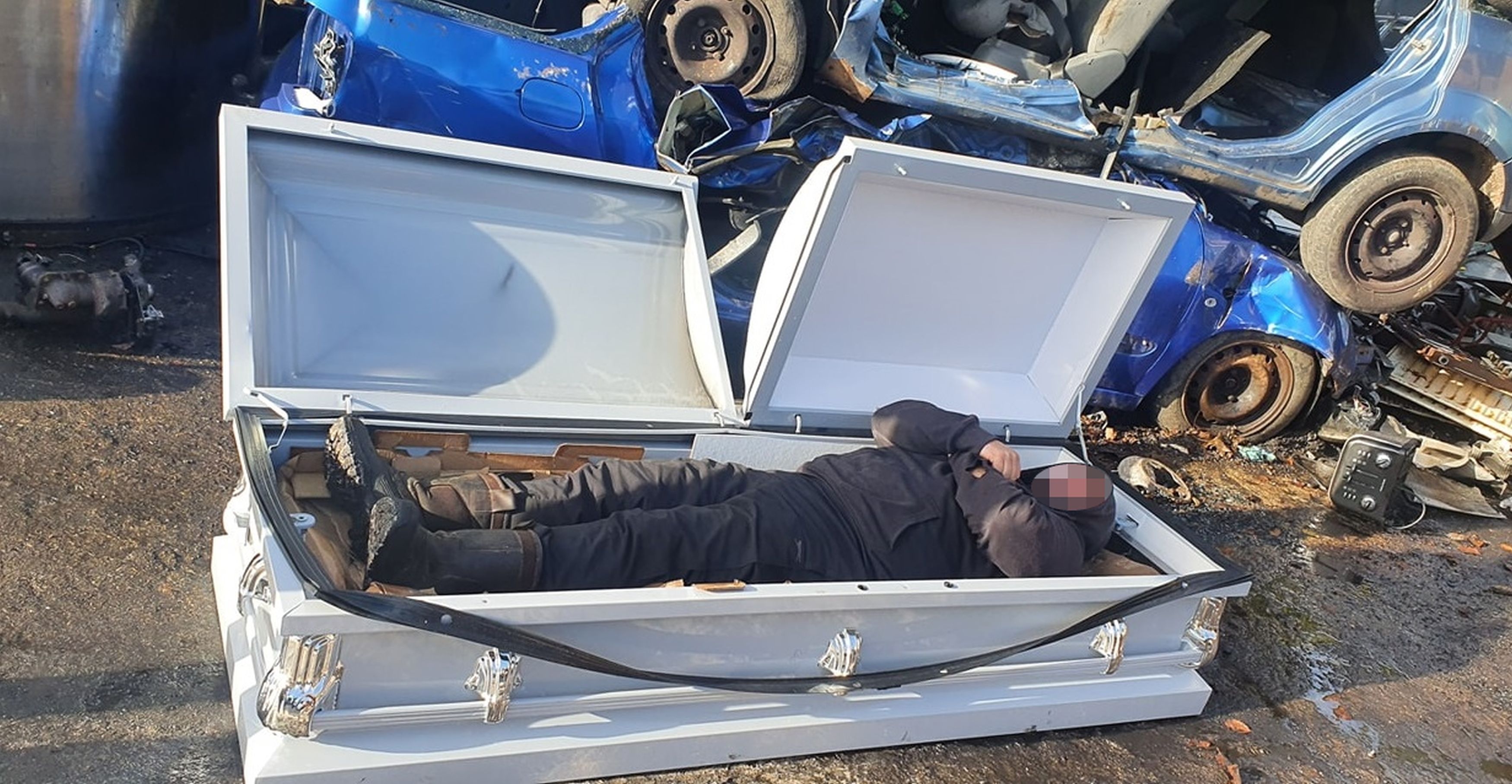 Lee, from Wimborne, Dorset, added: “I’m struggling to sell it to be honest.

“A lot of people think it’s a bit morbid and that I have a bit of a weird sense of humour.”

The 7ft trailer is designed from a coffin that transported a corpse from the US to Britain and was disposed of by funeral directors. 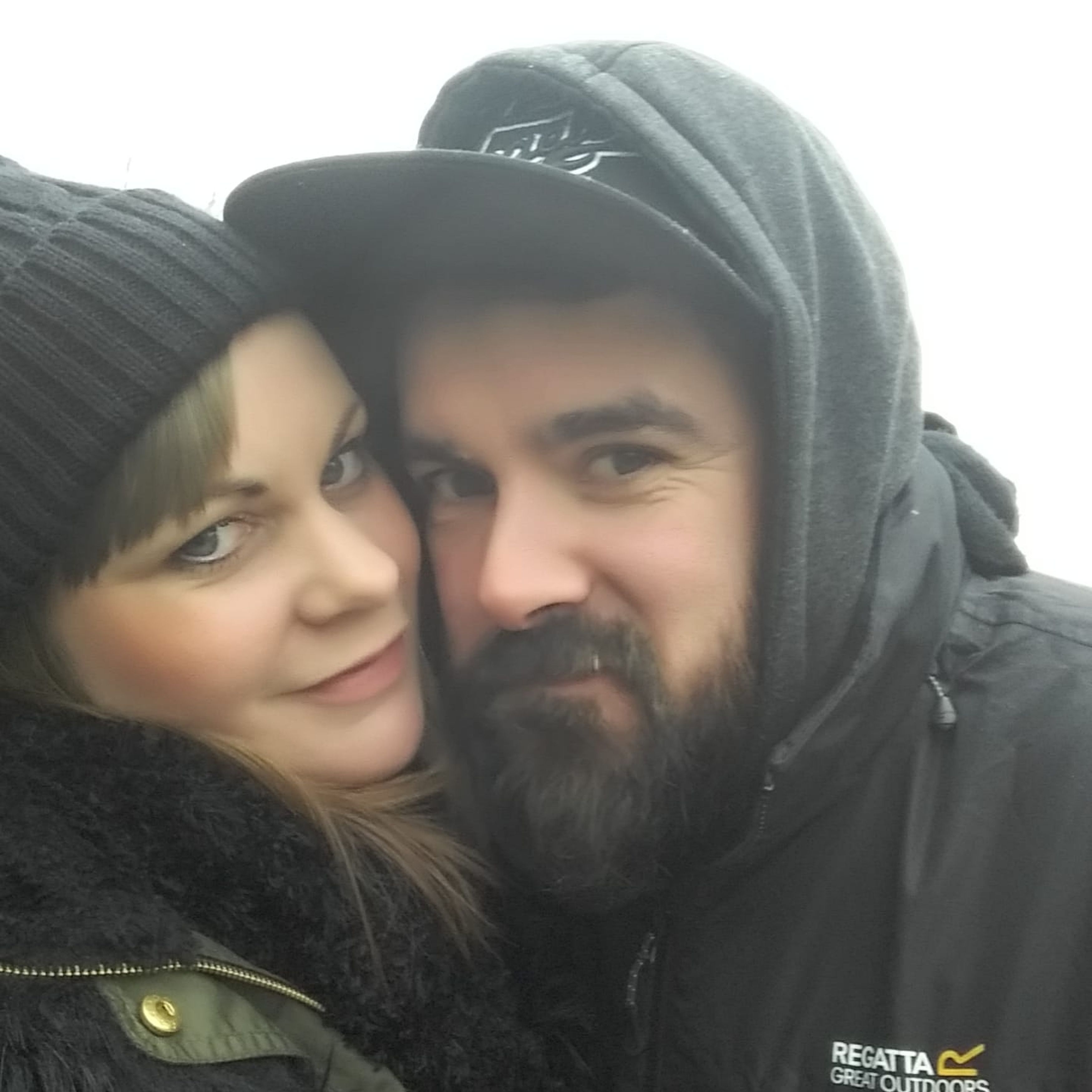 Kerry said Lee would be ‘buried in the garden’ if he kept the trailerCredit: Kennedy News/Lee Young/Facebook

Lana Del Rey explains ‘Chemtrails Over The Country Club’ album cover: “We are all a beautiful mix of everything”