A CYCLIST, 20, is fighting for his life in hospital after he was chased by three men in a car and stabbed during a brazen daylight attack in London.

Cops in Enfield called out at 3.40pm after the shocking attack say the victim was cycling through the streets when he was pursued by three men in a light-coloured car. 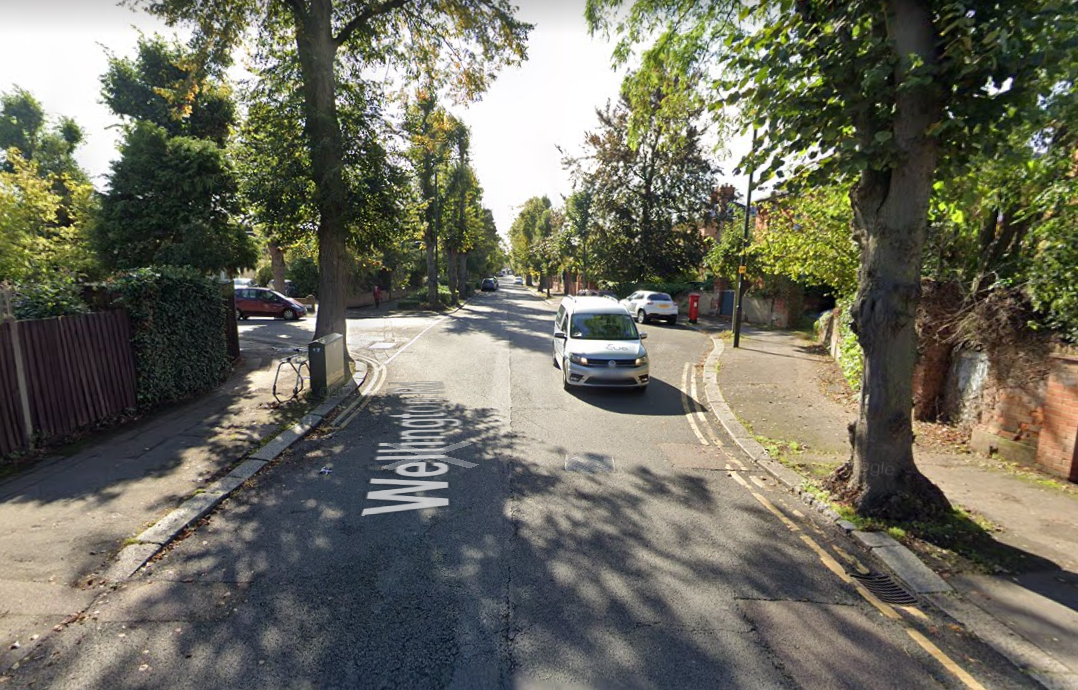 He then abandoned the bike and fled on foot before being caught and knifed outside Enfield Cricket Club.

Cops say the suspects – who they say were black men wearing dark clothing and surgical masks – then made off “at speed”.

The chase began in Wellington Road yesterday afternoon. After the horror, the men drove along the stretch towards the A10.

Detective Inspector Paul Ridley from North Area CID said: “This was a brazen attack which occurred in broad daylight and I am confident there will be members of the public that have not yet came forward.

“I would ask any local residents who saw or heard anything on Wednesday afternoon to contact police; no matter how insignificant you think your information might be, it could help us piece together what happened.

“I particularly want to hear from anyone that may have recorded the incident or captured images on their mobile phones.

“If you witnessed the offenders arriving or leaving, or know who is responsible then I would urge you to contact police.

“I am particularly keen if anyone has CCTV, doorbell or vehicle dashcam footage in the area of this incident – you may have captured those responsible either arriving or fleeing the scene.

“These violent men must be identified and captured.

“I can assure you that all information will be treated in confidence and the investigation team will follow up all reports.

“A young man remains in hospital fighting for his life. If you can help us find who is responsible for this attack, then I would urge you to get in touch immediately.”

There have been no arrests and enquiries into the circumstances continue.

Anyone with information that can assist this investigation is asked to contact 101 or tweet @MetCC and quote CAD: 4266/10FEB21.

Gemma Collins thanks Piers Morgan after breaking down on Life Stories