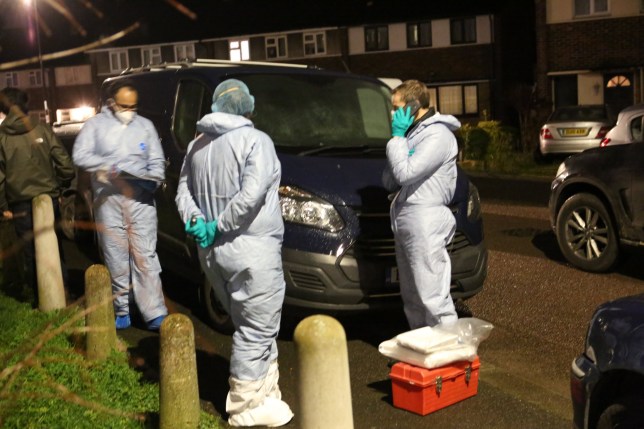 Police dealt with five separate stabbing incidents last night but do not believe they were linked (Picture: UkNewsinPictures)

One man has been killed and nine others were injured during a ‘completely abhorrent’ night of violence in south London.

Five separate stabbing attacks took place across a two hour period in the Croydon area with police saying there’s nothing to suggest the bloodshed was linked.

Additional stop and search powers were enacted across the London borough overnight as officers attempted to get a handle on the situation.

The man who was killed – said to be in his twenties – was found dead inside a house in Wisbeach Road, Croydon, near the Selhurst Park home of Premier League football club Crystal Palace.

A second man who was found in the house was taken to hospital before police arrived. His condition is not believed to be life threatening.

All the incidents took place between 6.56pm and 9.12pm on Friday night. The first stabbing was just before 7pm in Chapman Road, Croydon. A man was taken to hospital.

Then, four men in their twenties with ‘stab and slash’ injuries turned up at a south London hospital at around 7.15pm. One of them was in a ‘life-threatening’ condition.

Later, police were called to a south London hospital just before 9pm when two more arrived with stab injuries. The condition of one of them were assessed as ‘life-threatening’. 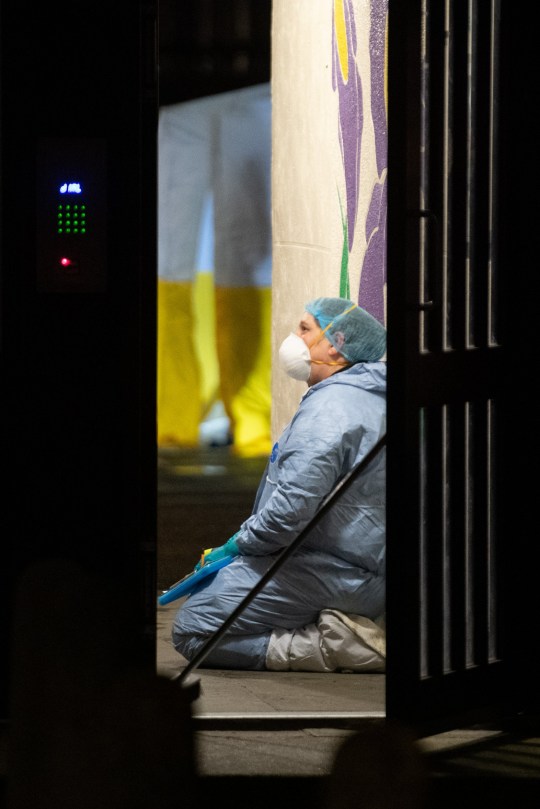 A forensic investigator kneels on the floor inside a doorway to a block of flats on Wisbeach Road (Picture: LNP) 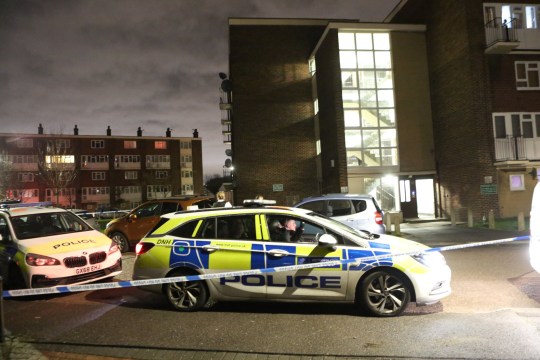 Officers were then called to Dingwall Road in Croydon town centre just after 9.10pm to reports of another stabbing.

A man was arrested on suspicion of GBH. The victim was also arrested, although his injuries were not believed to life threatening.

A section 60 order – which grants police additional stop and search powers – was in place across Croydon until 8am on Saturday, Detective Superintendent Nicky Arrowsmith said.

‘Sadly, tonight we have seen a number of needless and completely abhorrent violent altercations, including one that has tragically resulted in a loss of life,’ she said.

‘Officers will be on patrol throughout the night across the South Area Command Unit, with additional resources from the Violent Crime Taskforce and Territorial Support Group deployed to deter and prevent any further violence.’ 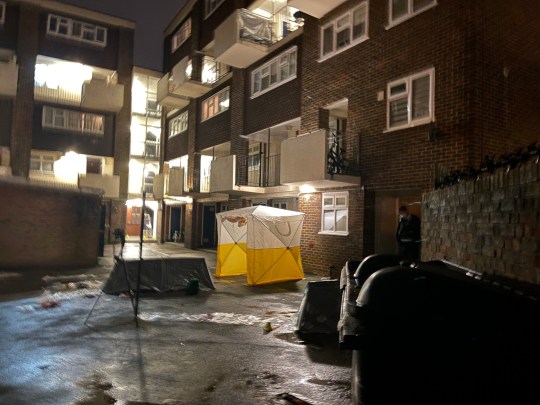 Police have appealed for anyone who saw what happened to come forward (Picture: UkNewsinPictures)

Police asked anyone with information that could help officers investigating these incidents to make contact.

Det Sup Arrowsmith said: ‘Our officers continue to work around the clock to identify and pursue offenders, bring perpetrators to justice, support victims, take weapons off the street, engage and reassure the public, and keep our communities safe in London.

‘But we are not complacent and cannot do this alone. We work closely with our communities as they are key to understanding and knowing what is occurring locally.

‘We need to hear from anyone who has information about crime, those who carry a weapon, or those who exploit others for gain or revenge, while putting young people’s lives at risk – we need this information to help keep London safe.’

Body of Brit gym manager, 32, pulled from sea by weatherman on live TV after drowned going skinny dipping in Australia