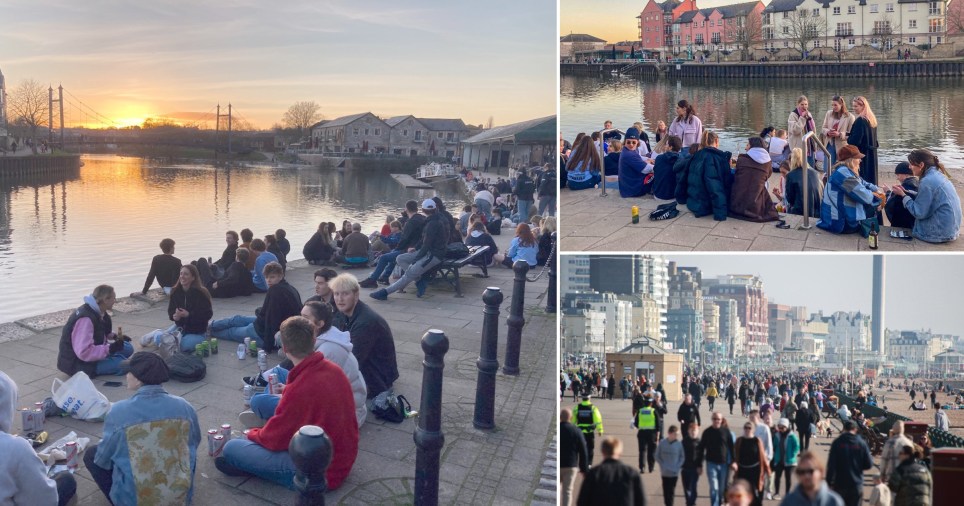 People in England are currently only allowed to exercise with one other person, or with their household or support bubble (Picture: Backgrid)

Brits are hitting beauty spots to bask in the sunshine this weekend, despite people being urged to ‘stay at home’ under lockdown rules.

Large crowds of people were pictured sitting alongside the River Exe in Exeter to enjoy the sunset, while Plymouth Hoe was described by locals as ‘heaving’.

Across the country beaches and parks are teeming with people, with temperatures expected to peak at 13°C in parts of southern England today and 10°C across the UK.

This is despite people not being allowed to leave home to socialise with anyone outside their household or support bubble since the current lockdown came into force on January 6.

Under plans to gradually lift restrictions, Brits will be allowed to have one-to-one meet-ups outside with people from other homes from March 8, although clearly people have been doing this anyway.

Current rules say people are allowed to exercise with members of their own household or just one person they don’t live with, staying at least two metres apart.

People are also being told to stay in their local area, although with no specific distance limit, this is open to interpretation.

Police on Barry Island, South Wales have been carrying out spot checks to stop people driving to the beauty spot this weekend, with people facing £60 fines for flouting the rules. 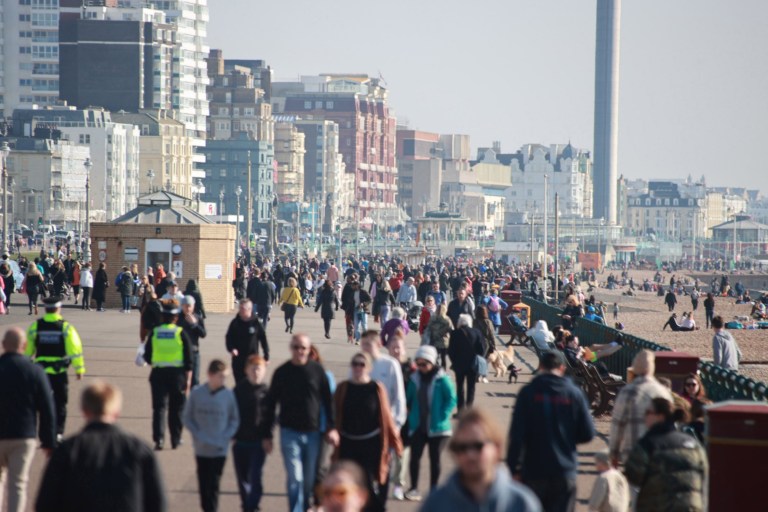 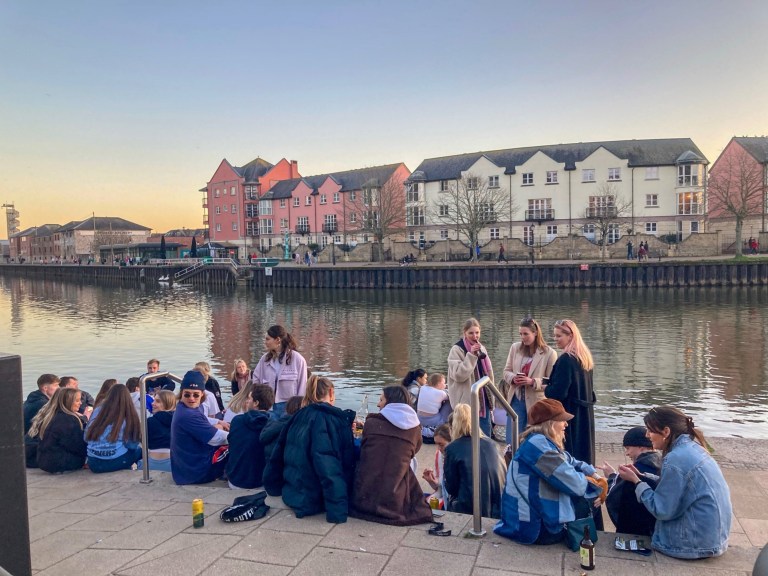 Temperatures are expected to peak at 13°C in parts of southern England today (Picture: Backgrid) 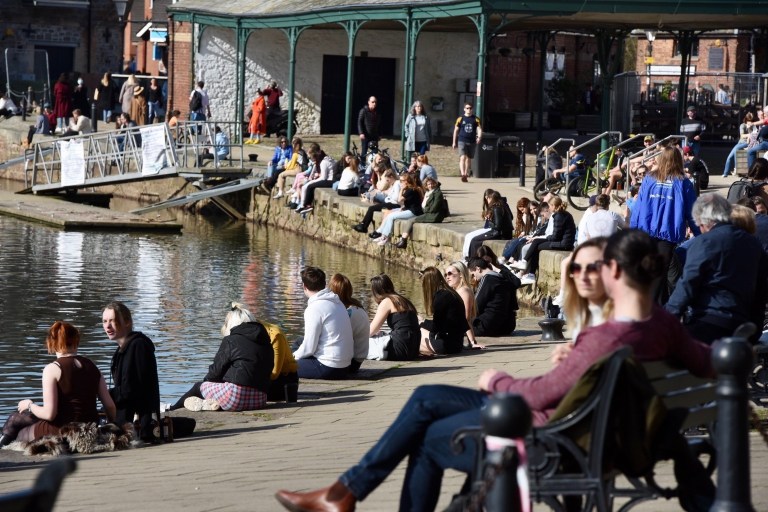 People in England will be allowed to have one-to-one meet ups outside with people from other homes from March 8 (Picture: Backgrid)

It comes after England’s deputy chief medical officer told people ‘don’t wreck this now’ and warned there were ‘some worrying signs that people are relaxing’ at ‘exactly the wrong time’.

Professor Jonathan Van-Tam alerted people who have already been vaccinated to the dangers of ‘taking their foot off the brake’ and being tempted to break Covid-19 rules.

At a Downing Street briefing yesterday, he said: ‘All the patients that I vaccinate… I say to them, “Remember, all the rules still apply to you and all of us until we’re in a much safer place”. It doesn’t change because you’ve had your first dose of vaccine.

‘And so, please don’t be tempted to think, “Well, one home visit might be all right now the weather is getting better, going to be a nice weekend, one small gathering in your house won’t really matter”.

‘So my key message tonight is look, this is all going very well but there are some worrying signs that people are relaxing, taking their foot off the brake at exactly the wrong time.’ 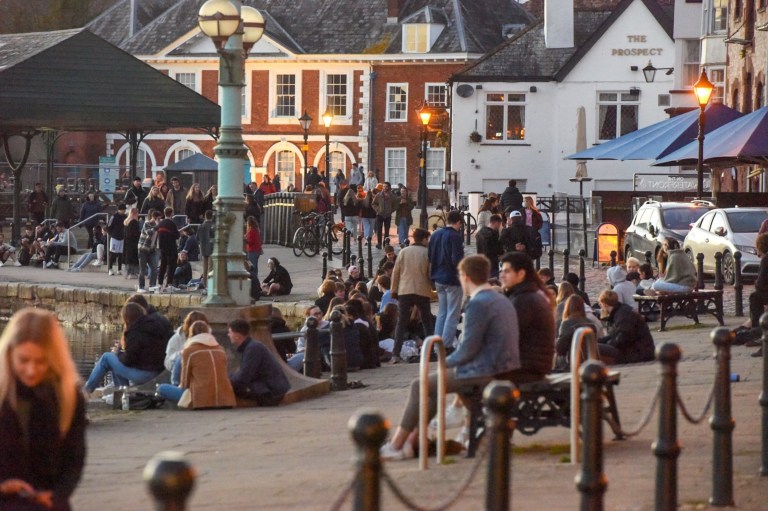 It comes after Professor Jonathan Van-Tam warned people against ‘taking their foot off the brake’ (Picture: Backgrid) 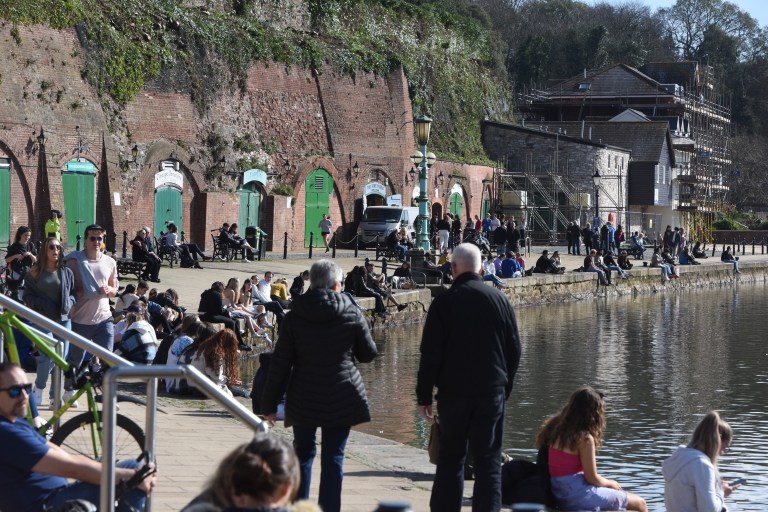 The Government hopes to trash all social contact rules on June 21 (Picture: Backgrid) 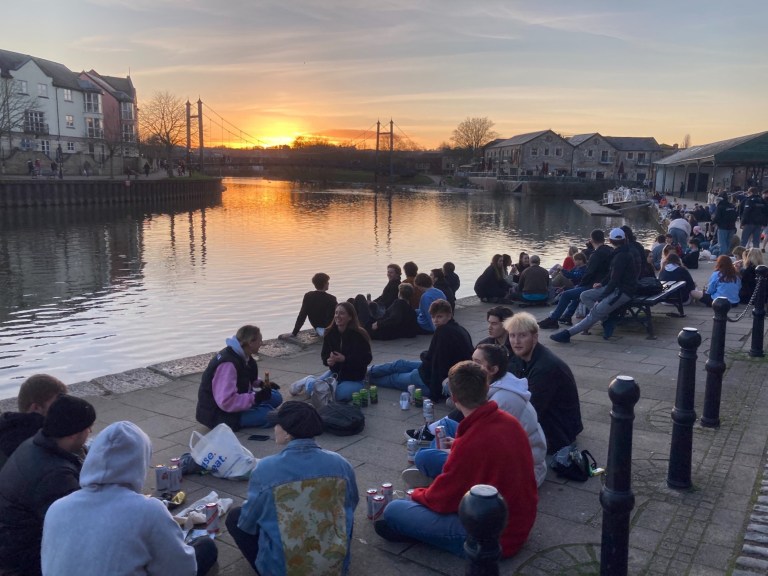 Professor Van-Tam said his inbox had been ‘besieged’ recently with people asking ‘can I go and see my grandchildren and do X, Y and Z?’

He said: ‘The answer to that is no. We are not yet collectively, as a country, in the right place.’

He compared the situation to a football match, adding: ‘It is a bit like being 3-0 up in a game and thinking, “We can’t possibly lose this now” – but how many times have we seen the other side take it 4-3?

‘Do not wreck this now. It is too early to relax. Just continue to maintain discipline and hang on just a few more months.

‘Much as it is encouraging and much as I am upbeat about vaccines and how they are going to change how we live and what the disease is like between now and the summer, there is a long way to go.’