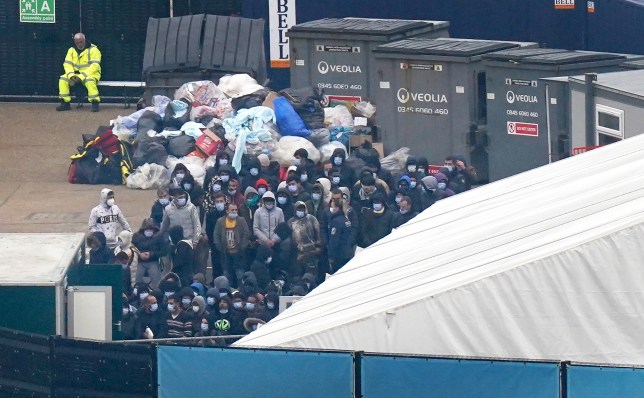 Migrants wait to be processed after being brought in to Dover in Kent (Picture: PA Wire)

Britain has sealed a new deal with France to cut the number of migrants crossing the Channel after prime minister Rishi Sunak’s chummy meeting with Emmanuel Macron reset the countries’ strained relationship.

The £63million deal – signed by home secretary Suella Braverman and her counterpart Gérald Darmanin in Paris yesterday – will put UK staff in French control rooms for the first time.

Police beach patrols will increase by 40 per cent, intelligence sharing will improve, and spending on CCTV and drones to spot boats will be boosted.

And six months after former PM Liz Truss said ‘the jury is out’ on whether Mr Macron was a friend or foe, Mr Sunak hailed his meeting with the French president at the Cop27 climate summit in Egypt last week for the breakthrough. 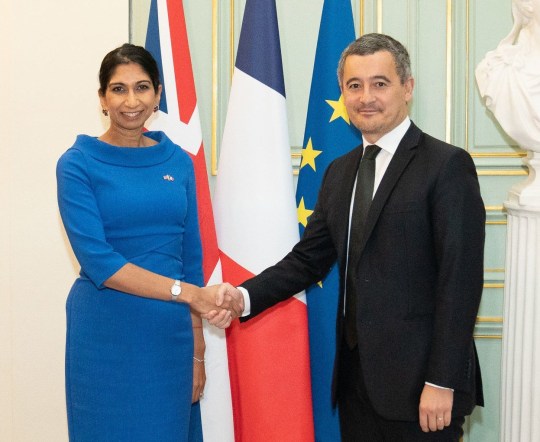 ‘As a result of that dialogue, we now have a new deal,’ he said. ‘I’m confident we can get the numbers down. We can’t do it overnight but people should be

The deal – £9million more than now and rising in future – will also fund a task force on ‘Albanians and organised crime groups’, and improve reception centres in France to stop migrants heading to the coast, Ms Braverman told MPs. 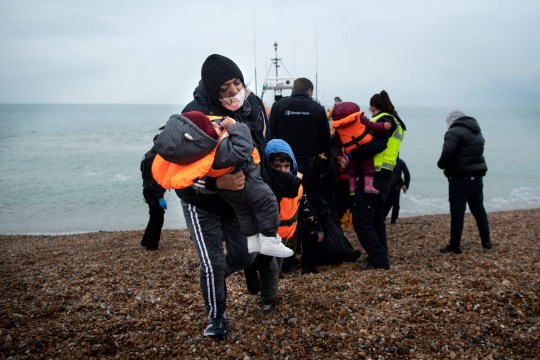 A migrant carries her children after being helped ashore from a lifeboat at a beach in Dungeness, Kent (Picture: Getty Images)

‘For the first time, UK officers will join law enforcement colleagues in France as embedded observers to share real-time information on small boats,’ she said.

France reportedly vetoed requests for British officers to join French patrols, and there is no agreement to repatriate arrivals or process applicants there. Britain has spent £175million on deals with France since 2018.

Steve Valdez-Symonds, of Amnesty International, said: ‘This deal is just the same – spending money on… obstructing people crossing the Channel, while doing nothing for safe access to an asylum system.’ Alp Mehmet, of Migration Watch, called it ‘more of the same’ adding: ‘It’s throwing good money after bad.’ 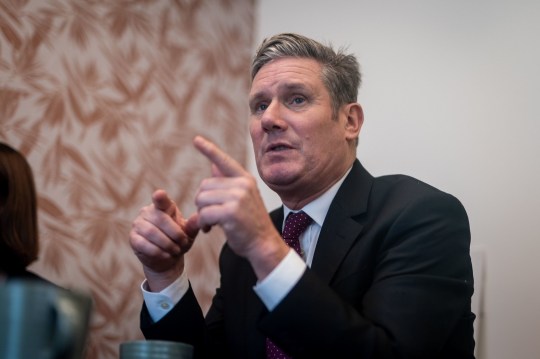 Lucy Moreton, of the ISU border staff union, said it would not encourage France to stop migrants reaching the UK. ‘They’re going the right way and it’s entirely understandable they’re not very keen to interrupt that,’ she told Times Radio.

Labour leader Sir Keir Starmer called it a ‘small step in the right direction’ for a problem of the government’s making. He added: ‘Of all the people who arrived on small boats in 2021, only four per cent have been processed by this government.’

Former Brexit Party leader Nigel Farage tweeted: ‘Macron is counting British taxpayers’ money and laughing his head off. Tens of thousands of illegal migrants need deporting – when does that start?’