HOPE of an end to lockdown is on the horizon as approval of Covid-19 vaccine batches is set to be accelerated dramatically, while a single-shot vaccine developed by a US company may be rolled out to vulnerable Brits by next month.

Testing of Covid vaccine batches is to be sped up from 20 days to just four or five to get jabs out more quickly, it has been reported. 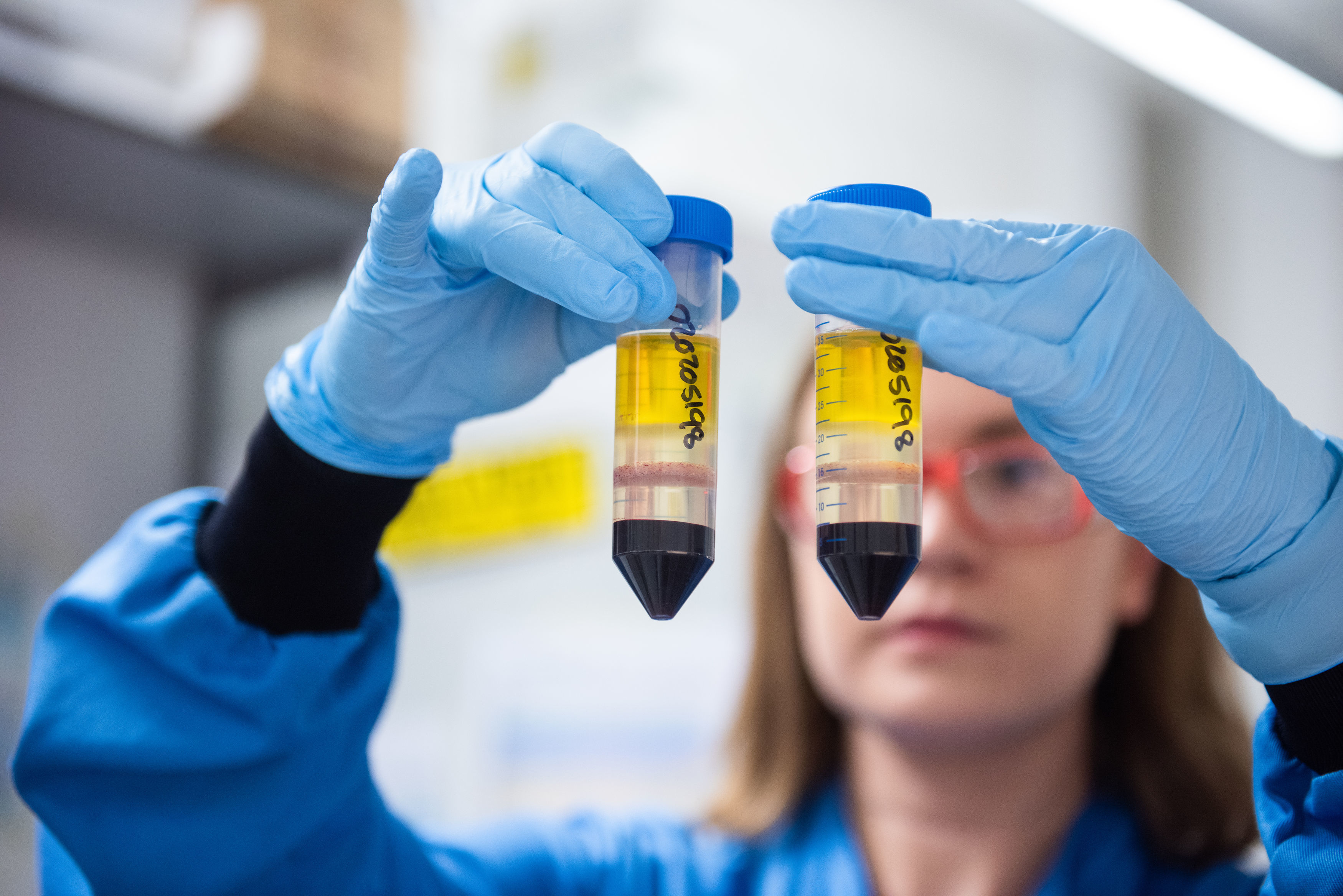 The MHRA wants to cut Covid vaccine batch testing from 20 days to around four or fiveCredit: PA:Press Association 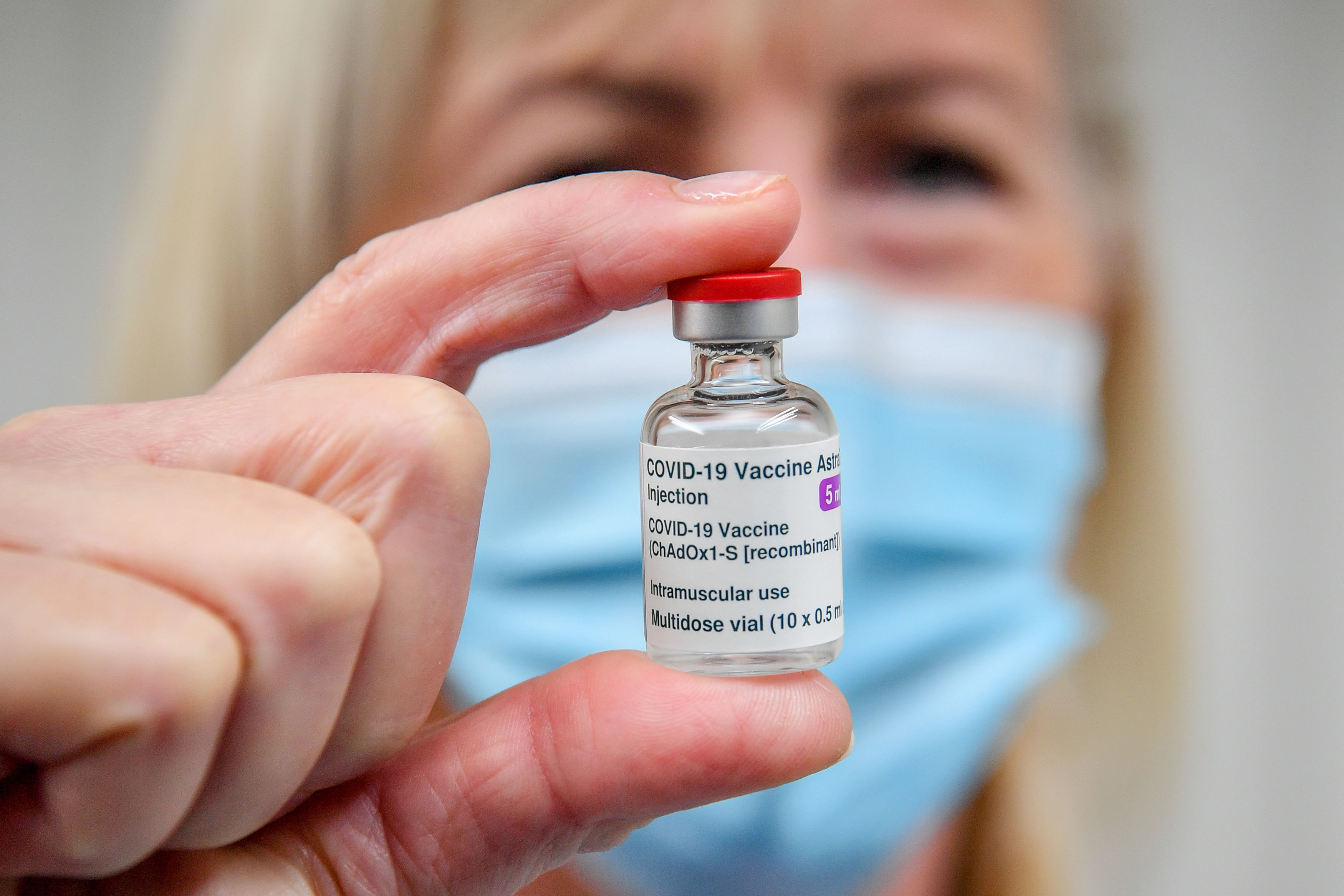 Approval of Covid vaccine batches will be cut from 20 days to just four or fiveCredit: PA:Press Association

The Medicines and Healthcare Regulatory Agency, which is responsible for the checks, is also to increase staffing in a bid to accelerate the mass vaccination programme, reported the Daily Mail.

It has now approved a second consignment of 500,000 doses of the Oxford vaccine increasing supplies to beyond one million.

Patients at Oxford University Hospital were the very first to get the life-saving Oxford Astra Zeneca jab when inoculation kicked off on Monday.

But faster rollout of the jab campaign is needed to speed up the end to lockdown, and the Oxford vaccine is seen as a crucial element as it is easier to distribute than the Pfizer version, which needs storage at minus 70C.

The push to vaccinate more than 13million of the most vulnerable by mid-February comes as MPs tonight backed the new lockdown in England.

Up to now the MHRA’s National Institute for Biological Standards and Control has only checked batches one by one at its site in Hertfordshire.

But the process has been changed so more than one batch can be assessed at a time, cutting the timescale from up to 20 days to as little as four or five.

“We are working closely with the manufacturer, AstraZeneca, to ensure batches of the vaccine are released as quickly as possible,” said an MHRA spokesman.

“Biological medicines such as vaccines are very complex in nature and independent testing, as done by the National Institute, is vital to ensure quality and safety.

“The institute has scaled up its capacity to ensure that multiple batches can be tested simultaneously, and that this can be done as quickly as possible, without compromising quality and safety.”

Despite plans for a quicker turnaround of vaccine batch approvals, both the Pfizer and the Oxford doses need to be given as two separate doses, some weeks apart. 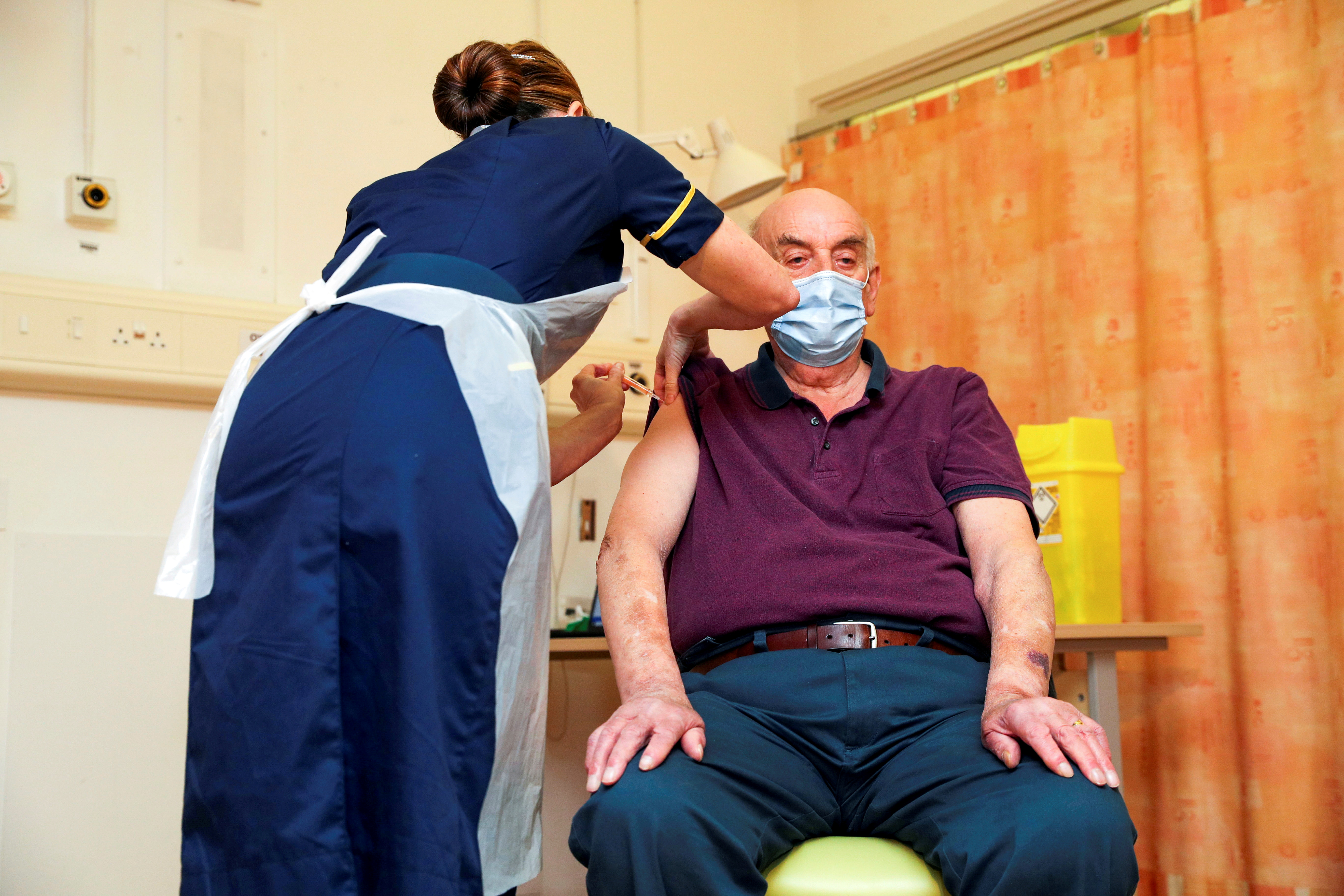 Brian Pinker, 82, was among the first to get the Oxford AstraZeneca vaccine on MondayCredit: Reuters 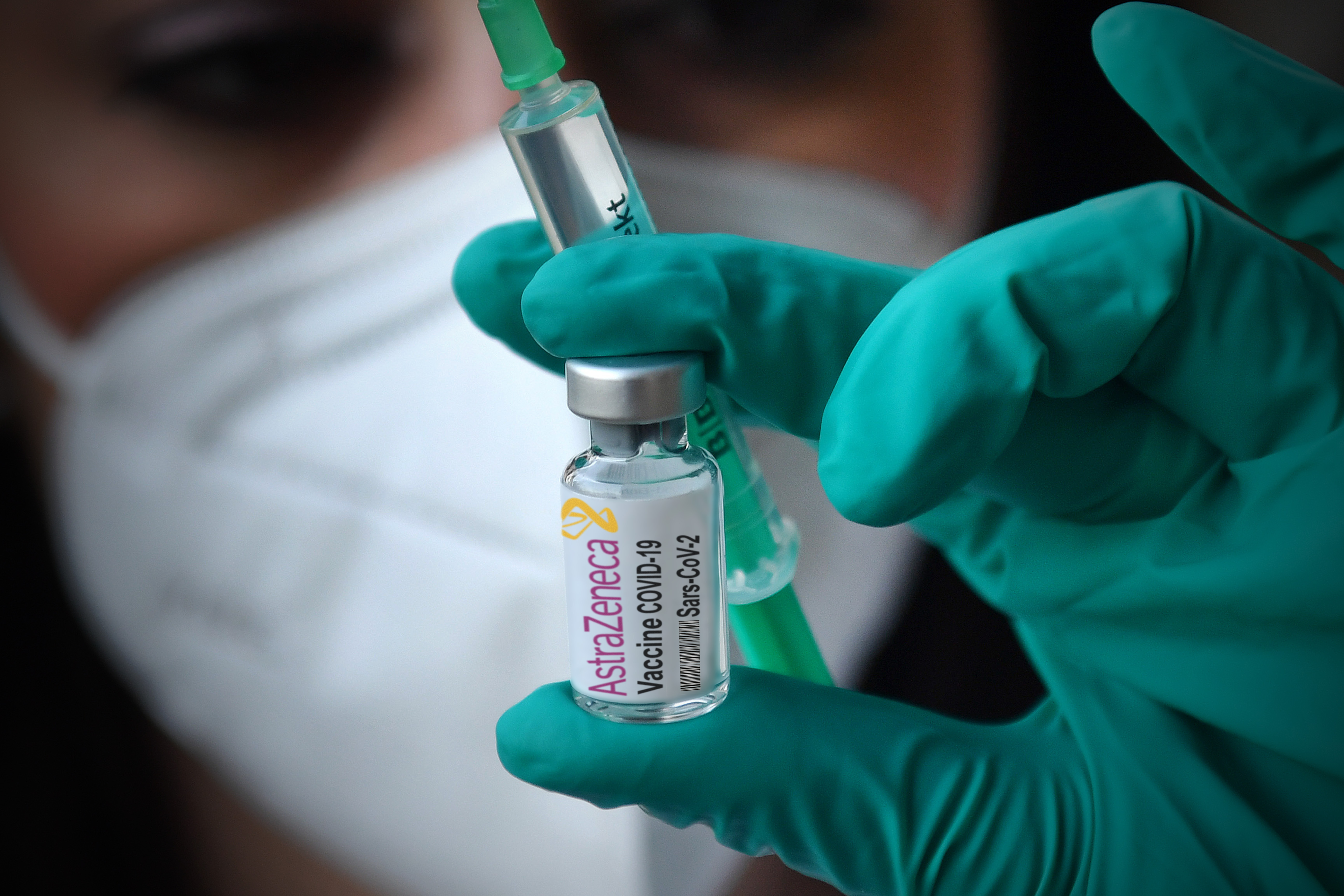 Health workers have been vaccinating patients with the Oxford vaccine this weekCredit: Pacific Coast News

But there are plans afoot for the launch of a new single-dose vaccine, that could mark a huge acceleration in giving more Brits immunity from Covid-19.

Ministers hope the drug, developed by the pharmaceutical giant Johnson & Johnson using similar technology to the Oxford vaccine, could be granted emergency authorisation within weeks, reported The Telegraph.

That would mean millions of vulnerable people in the UK could be given the new vaccine by next month, scientists and government officials believe.

The UK has already ordered 30 million doses of the Janssen vaccine, with the option of 22 million more.

If approved by regulators, the Janssen drug would become the third vaccine to be rolled out at scale in the UK after the Pfizer and AstraZeneca jabs.

It can be stored at standard fridge temperature and trials have so far focused on its effectiveness when used as a single dose, which marks a big change from the double-dose vaccines currently available.

The new vaccine could help the Government hit its target of vaccinating the four most vulnerable groups by mid-February, say experts.

Chief Medical Officer Chris Whitty this week revealed that one in every 50 Brits now has coronavirus, while hospital admissions are 40 per cent higher than at the peak of the first wave in April 2020.

Sir John Bell, regius professor at Oxford University and an adviser to the UK’s Vaccine Taskforce, said the drug was “highly likely to work”.

“My prediction is that it’ll work well, although we need to wait for the trial results,” he told The Telegraph. “I think they will have supplies available for the UK in a time frame that would allow it just to catch the mid-February target of getting the numbers up.

“I think it may well have a material impact on what we can do in the UK to get more people vaccinated.”

Developed by Janssen, the Belgium-based pharmaceutical arm of Johnson & Johnson, the vaccine uses a modified adenovirus like the Oxford vaccine, rather than the mNRA technology used by the Pfizer jab.

Scientists launched trials of the drug on around 30,000 people worldwide in November, including 6,000 across 17 sites in the UK, to check how effective it is when spaced out in two doses as well as just one dose.

The vaccine is currently going through final data examination and should be filing for approval from US, European and UK regulators in early February.

If that is successful, Johnson & Johnson has said it is ready get vaccines out from its European factories straight away.

Professor Saul Faust, director of the NIHR Southampton Clinical Research Facility and the chief investigator leading the trial, said: “We are really hopeful of good results from the single dose trial.

“Johnson & Johnson are a large drug company, experienced at making vaccines, who know how to make and transport vaccines at pace and scale, if it works.”

He added: “We need all the vaccines, and it might well be that one dose will be approved by the regulators for emergency use.

“But we don’t know yet. And we won’t know until the trials are done.”

The news comes as deaths top 1,000 for first time since April and cases hit the highest ever for second day in a row. 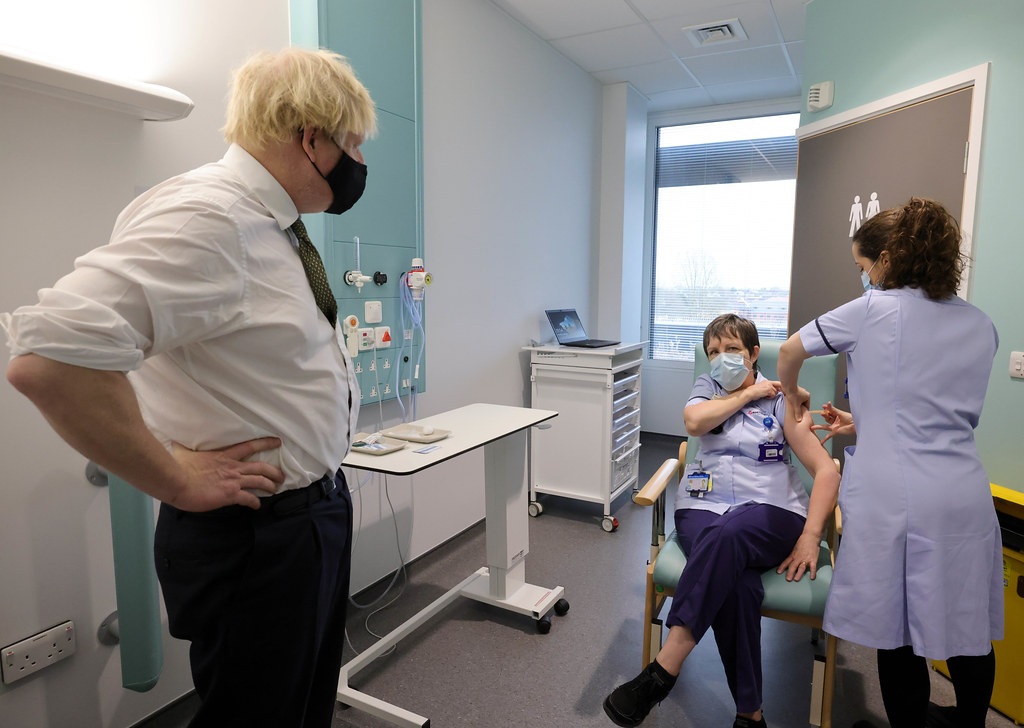 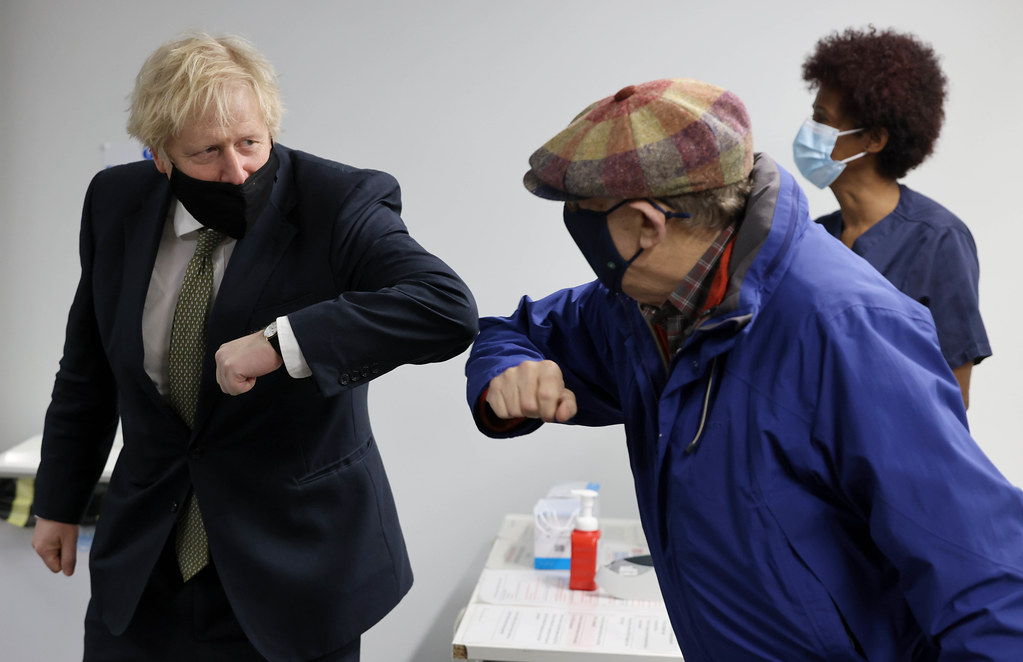 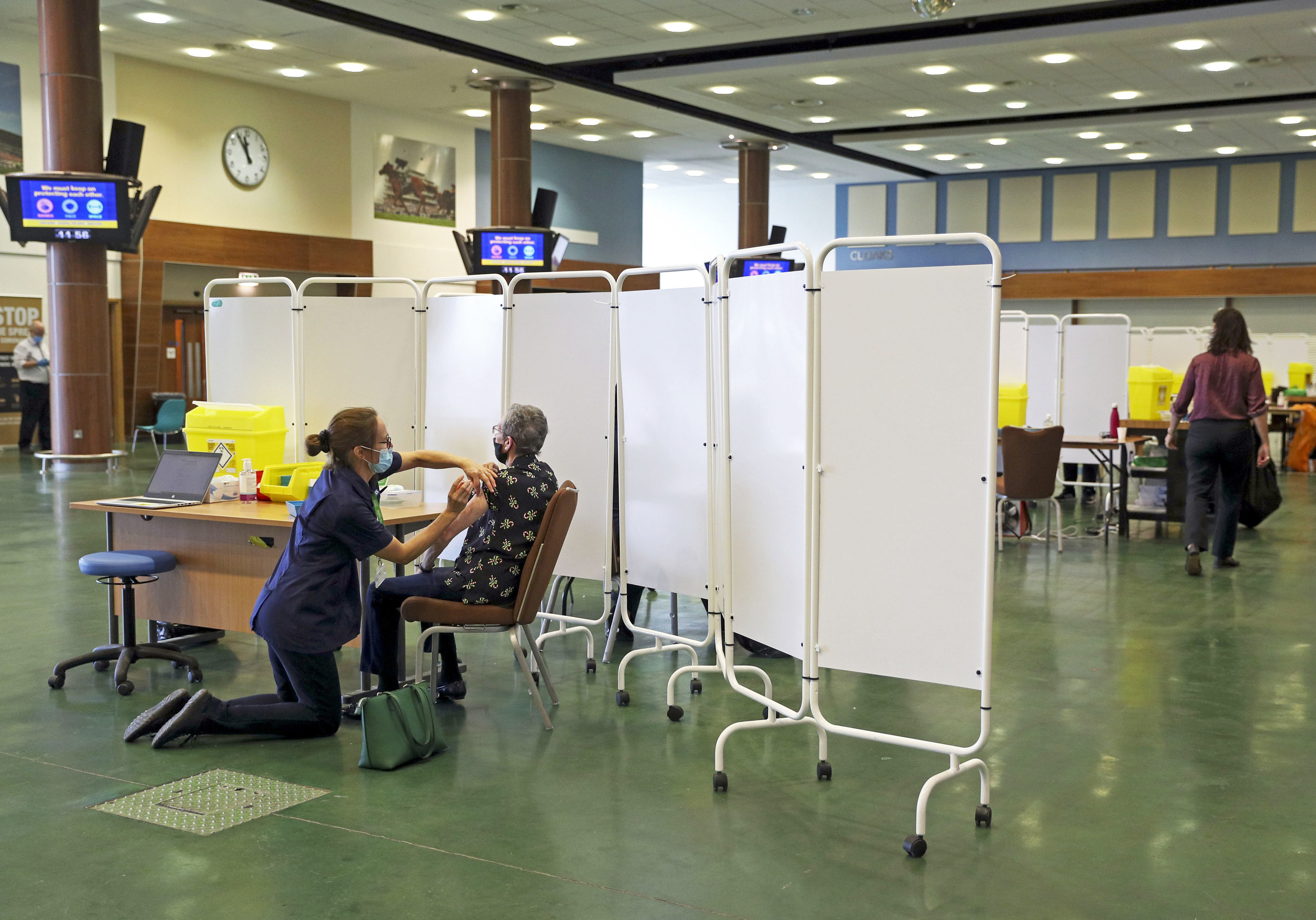 Epsom Racecourse is one of the new vaccination centres Credit: PA:Press Association 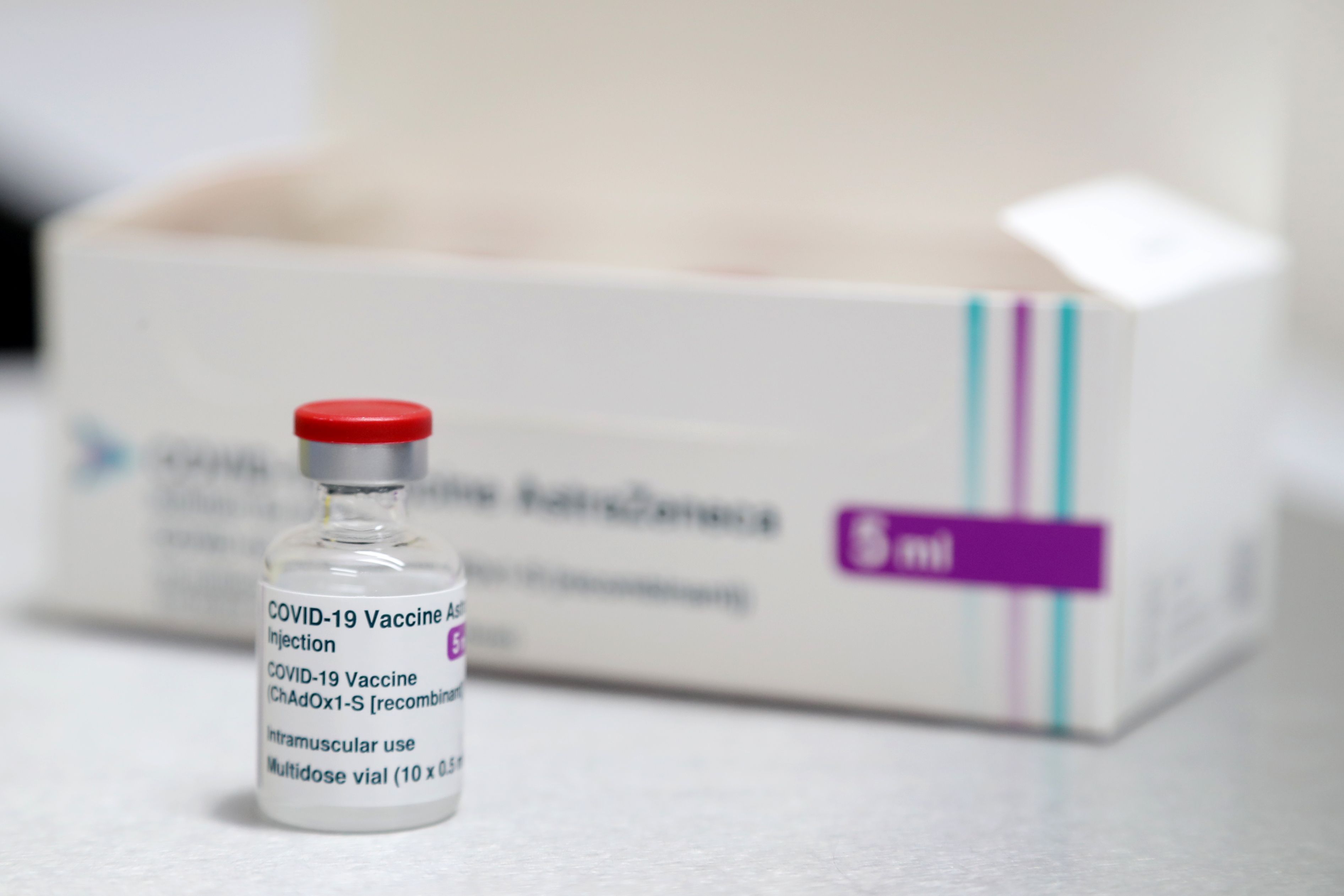 Rollout of the Oxford jab began on MondayCredit: AFP or licensors

But media outlets have reported the deadliest ever day was April 8 when 1,445 sadly died after deaths hit 1,000 for 22 days in a row.

NHS England chief executive Sir Simon Stevens is expected to appear at a Downing Street press briefing to unveil plans including 1,000 vaccination centres operating in hospitals and GPs by the end of the week.

Superdrug is expected to be used as part of the NHS vaccination effort, while drive-through jabs will take place in the car parks of Morrisons stores from Monday.

Doctors being told to prioritise jabs over other treatments, according to latest reports.

Coronavirus deaths top 1,000 for first time since April and cases are highest ever for second day running with 62,322