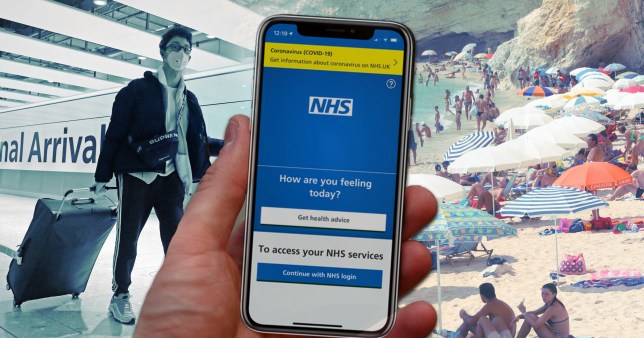 Brits will find out which countries they will be able to enjoy quarantine-free travel to this summer ‘in the next couple of weeks’, the transport secretary has said.

Ministers have set out plans for a ‘traffic light’ system to be used to categorise different destinations once international travel restrictions are lifted.

Grant Shapps said in the ‘next couple of weeks’ he will be able to give details on which countries have made it onto the ‘green’ list.

He also confirmed an NHS app will be used to allow people to demonstrate whether they have had a Covid jab or tested negative for the virus before going on holiday.

He told Sky News: ‘In terms of vaccine certification, I can confirm we are working on an NHS application, actually it will be the NHS app that is used for people when they book appointments with the NHS and so on, to be able to show you’ve had a vaccine or you’ve had testing.

‘Actually, I’m chairing a meeting of the G7 secretaries of state for transport, my equivalents from America and Canada and all the G7 countries, next week on exactly this subject.’ 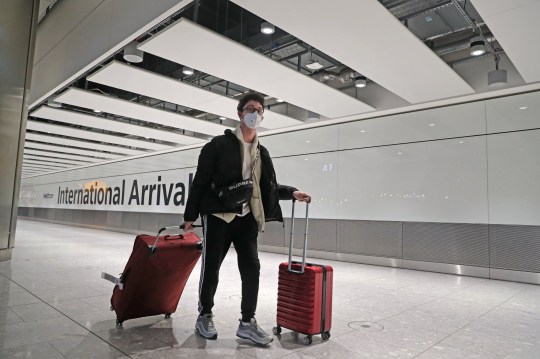 The list of destinations that can be travelled to without quarantine will be revealed in the next few weeks (Picture: PA)

Government sources later clarified the app would not be the Covid app currently used to ‘check in; to venues such as pubs and restaurants for contact-tracing purposes – but would instead be the NHS app used to book general appointments.

Under Boris Johnson’s plan for lifting lockdown restrictions, international travel will not be allowed any earlier than 17 May.

Reports have previously suggested around 30 countries will initially be added to the green list.

These will be destinations where Britons will be able to travel without having to quarantine on their return, although they will still need to undergo a Covid test before their departure, as well as on their return to the UK.

Travel expert Paul Charles, from the PC Agency, expects this to include Israel, Iceland and some Caribbean Islands.

Mr Shapps said he was awaiting data from the government’s Joint Biosecurity Centre before being able to state which countries would be deemed green, amber or red.

He also warned there was a need to be ‘very cautious’ about allowing Britons to freely travel abroad again.

‘Beyond our shores we are seeing the highest levels of coronavirus that we have seen so far in the entire pandemic, right now,’ he said.

‘But, in the next couple of weeks, I’ll be able to tell you about which countries will have made it into the traffic light system and that ‘green’ list in particular are the countries where you’ll be able to go to without needing to quarantine on your return.

‘You will still need to take a pre-departure test and one test on your return.

‘I think people are getting very used to testing now, not least because we provide testing up to twice a week for everyone in the country right now. So I don’t think a test itself is a big deal.’

When does the store open and close today?

What is Joe Rogan’s net worth and is he a billionaire?