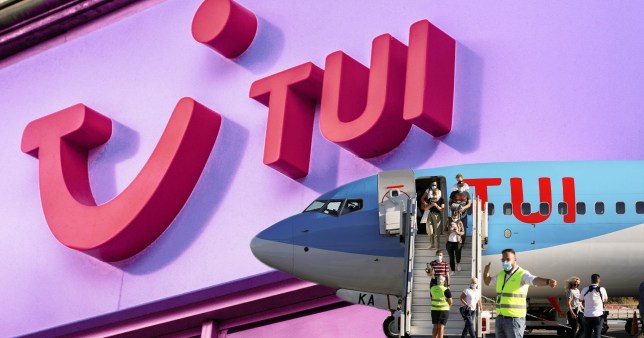 Holiday firm Tui has announced it will be closing a further 48 retail stores across the UK in the latest blow to the decimated travel industry.

The move comes as the Government announced Brits will face a £5,000 fine for going on holiday without ‘reasonable excuse’ under new laws coming into force next week.

Hopes trips abroad could be on the cards this summer have been crushed by signs of a third wave taking hold in Europe.

Tui said the travel industry and the high street ‘are both facing unprecedented pressure’ due to the coronavirus pandemic.

All 273 employees affected by the decision will be offered new roles in other locations, the company confirmed.

It did not say which stores it would be closing.

Tui, which is the UK’s largest tour operator, already announced in July last year that 166 shops closed due to the virus crisis would not reopen, which was nearly a third of its total.

A statement issued on Tuesday read: ‘We want to be in the best position to provide excellent customer service, whether it’s in a high street store, over the telephone or online, and will continue to put the customer at the heart of what we do.

‘It is therefore imperative that we make these difficult cost decisions and do our best to look after our colleagues during such unprecedented uncertainty.

‘We believe Covid-19 has only strengthened a change in purchasing habits, with people looking to buy online or wishing to speak with travel experts from the comfort of their own home.

‘We have world class travel advisors at Tui, so we hope many of them will become homeworkers and continue to offer the personalised service we know our customers value.’ 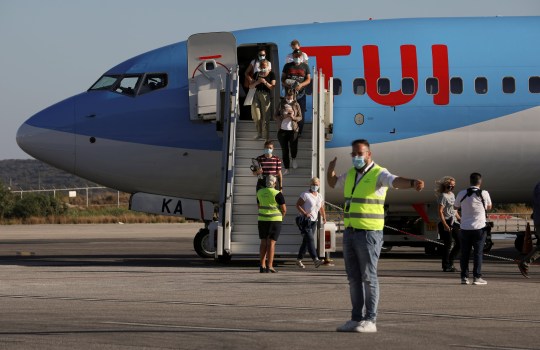 Anyone attempting to go on holiday from next week will be fined £5,000 (Picture: Reuters)

The travel industry has been badly hit by Government restrictions and the collapse in demand during the pandemic.

Earlier, Boris Johnson said it was still ‘too soon to say’ if holidays abroad could go ahead this summer.

He said the UK was ‘on the road to freedom’ but warned we must be ‘wary’ of the potential for a third wave amid a surge in cases across Europe.

Asked at a Downing Street press conference when Brits can expect to be able to go abroad, the Prime Minister said: ‘My advice for everybody is to wait for the global travel taskforce to report. We’ve heard already that there are other European countries where the disease is rising.

‘Things certainly look difficult for the time being. But we’ll be able to say more, we hope, in a few days time. I certainly hope to be saying some more by April 5. That’s the best you can hope for there.’

Boy, 16, killed in ‘hit-and-run’ crash after being rammed off moped in Birmingham