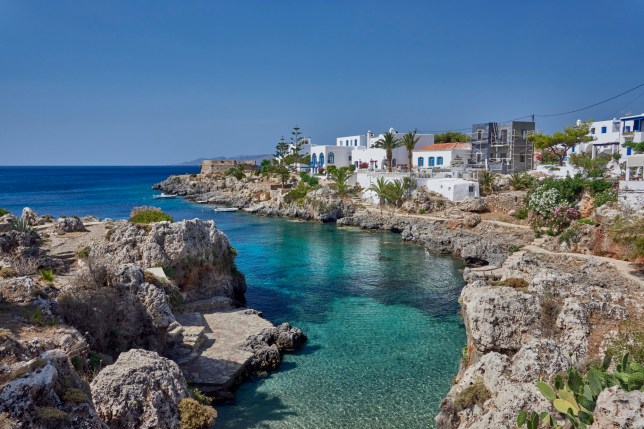 Aviemonas on the island of Kythera, where vaccines will soon be rolled out (Picture: Getty Images)

Brits have been urged to book their summer holidays to Greece as the country prioritises vaccinating the tourist islands.

That includes Halki, near Rhodes, Kastellorizo, Meganisi and Kythira.

Around 40 Greek islands all have a population of less than 1,000 people, making mass vaccination relatively easy.

Once the country’s tiniest islands have been vaccinated, larger destinations such as Mykonos, Santorini and Corfu will be targeted.

‘If you’re going to send a medical team to an island with a small population, it makes sense to vaccinate not just the elderly and vulnerable, but everyone,’ Mr Theoharis told the Daily Telegraph.

‘We’re vaccinating everyone on islands that have a population of less than 1,000 inhabitants.’

Mr Theoharis did not state when the vaccine rollout on the islands would be completed, saying the pace of progress ‘depends on how many vaccines we receive in a couple of months’ time’.

Until now, Greece’s priority has been to give the vaccine to the elderly and the most vulnerable, including those with underlying medical condition.

The country hit the one million mark this week, though that is still a low percentage of the 11 million-strong population.

Mr Theoharis said the immunisation programme will soon broaden out. 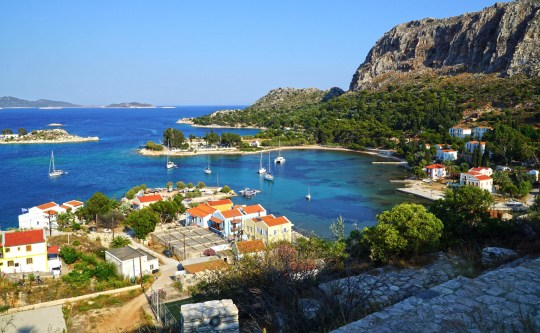 Greece is prioritising its islands for the vaccination roll our (Picture: Getty Images)

‘It is a priority to vaccinate the tourist islands,’ the minister said. ‘We want to vaccinate people working in the tourism sector, from hotel staff and waiters to tourist guides and drivers.’

Mr Theoharis did not state when the vaccine rollout on the islands would be completed, saying the pace of progress ‘depends on how many vaccines we receive in a couple of months’ time’.

Many EU countries are complaining of a shortfall in supply from pharmaceutical companies such as Pfizer and AstraZeneca, with the row resulting in a shipment bound for Australia being blocked this week.

But Mr Theoharis was optimistic the country would be open to tourists in just a few months time.

He said that for Britons to enter Greece this summer, they will need either a certificate showing they have been vaccinated, proof that they have antibodies against the virus or a test to show they are negative.

‘My advice to British tourists, and my promise, is that we will open up to our beloved friends from the UK, he said. ‘We will try to make it as smooth and hassle-free as possible. They can book flights and start choosing the places where they want to go.’

Greece is currently dealing with high cases of Covid, including in popular tourist destinations like Rhodes. The minister said that although there is resurgent numbers ‘there are not as many deaths because the vaccine is starting to bite’.

The country is heavily reliant on tourism, with its total contribution to its GDP estimated to be as high as 25%.

Many countries have signalled they want to welcome British tourists this summer.

Cyprus confirmed on Friday that it will open its borders to vaccinated Brits from the beginning of May.

Portugal and the Spanish islands have indicated they will follow this lead.

The Spanish government said it hopes to allow British tourists to visit the Canary and Balearic Islands from May, as long as they have a negative test.

Rita Marques, Portugal’s tourism minister, said she hoped the country would soon allow restriction-free travel for those who have been vaccinated or test negative.

International travel from the UK won’t be allowed until at least May 17 under the Government’s roadmap.

Ministers are set to discuss with the EU the bloc’s- proposals to create a vaccine passport that could allow people to travel more freely in time for the summer holidays.

Portugal is currently on the UK’s red list, with arrivals banned from entry unless they are UK residents or Irish nationals who must quarantine in a hotel for 10 days..

Last night Government sources insisted that the roadmap dates would not be brought forward. One told Mailonline: ‘The holiday debate is yet to be had but expectations need to be reined in.’