THE coronavirus pandemic has created a generation of schoolchildren interested in a career in science, technology, engineering and manufacturing, research has revealed.

A survey of 1,000 kids aged 11-17 revealed 83 per cent have been learning about the pandemic by watching the news – with 71 per cent asking their parents about the virus because they’re interested. 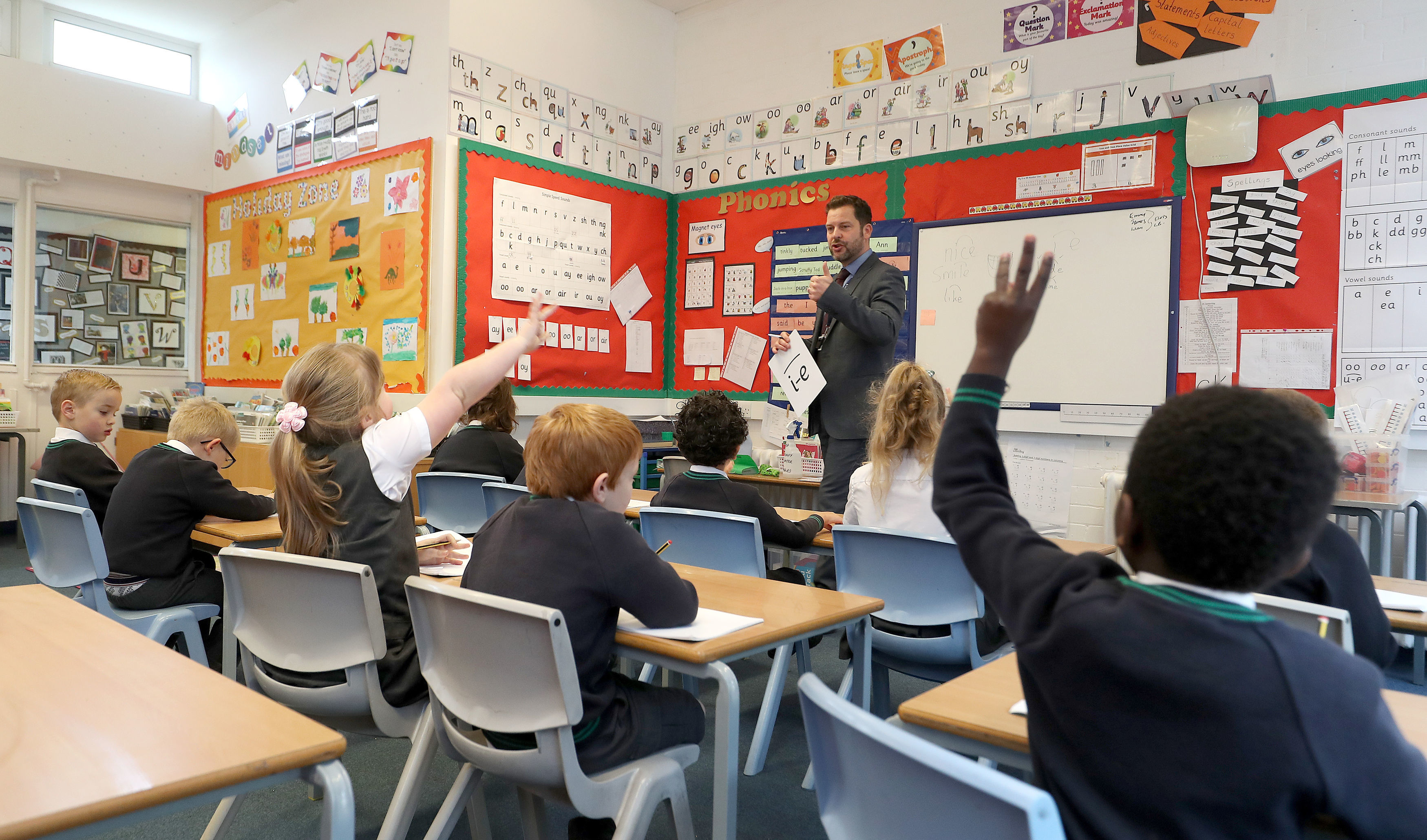 The coronavirus pandemic has created a generation of schoolchildren interested in a career in science, technology, engineering and manufacturing (stock photo)Credit: PA:Press Association

Two thirds (67 per cent) have also been inspired by the hard work of the nurses and doctors working during the pandemic, as well as the likes of Chris Whitty and Jonathan Van-Tam.

And 48 per cent of secondary-age schoolchildren would be interested in a career in STEM after seeing how people working in these industries have helped people.

With children glued to the news, experts are becoming more mainstream – with youngsters more likely to recognise Professor Chris Whitty’s name (55 per cent) than celebs and sports stars including Harry Kane (50 per cent), Selena Gomez (48 per cent), Zoella (35 per cent), Michelle Keegan (31 per cent) and Raheem Sterling (39 per cent).

One in five (19 per cent) schoolchildren, surveyed by Medicspot, said the pandemic had made them interested in a career as a doctor in Accident and Emergency, while 18 per cent would now consider a career working on vaccines.

During the pandemic, Medicspot has increased its staff numbers by 183 per cent by providing Covid testing and fit to fly certificates at 90 locations across the UK.

A spokesperson for Medicspot said: “The government’s decision to reopen schools is music to the ears of Britain’s secondary age children, who are desperate to get back into the classroom.

“It’s heartening to see how many youngsters have been inspired by the medical professionals and scientists who have been working on the frontline to treat people suffering from Covid-19 and behind the scenes on the treatments.”

The study also found 68 per cent of respondents think science is a cool subject – and 41 per cent are now more interested in learning more about it.

Almost three quarters (71 per cent) are looking forward to going back to school, while 61 per cent are going to try and work harder in their science lessons.

The Medicspot survey, carried out via OnePoll, also found 52 per cent would like to make a difference by helping people like the nurses, doctors, and scientists on the front line when they are older.

It also emerged 47 per cent look at the likes of Professor Chris Whitty, Professor Jonathan Van-Tam, Dr Jenny Harries and Sir Patrick Vallance and view them as role models.

Overall, 74 per cent think it is a good thing that there have been more medical experts on TV during the pandemic.

And 72 per cent feel proud that one of the vaccines was developed in Oxford.

A spokesperson for Medicspot added: “Our scientists have led the way with their response to the global pandemic, through the development of the Oxford AstraZeneca vaccine as well as becoming the world leader in sequencing the Coronavirus genome.

“It’s wonderful to see so many youngsters look up to the brilliant brains working on the frontlines and behind the scenes, and it’s encouraging to know so many are looking forward to getting back in the science labs when they return to the classroom on March 8.”

More information on Medicspot’s Covid testing can be found here.

House set to pass $1,400 stimulus checks in vote TODAY after Dems told they can’t include $15 minimum wage in package