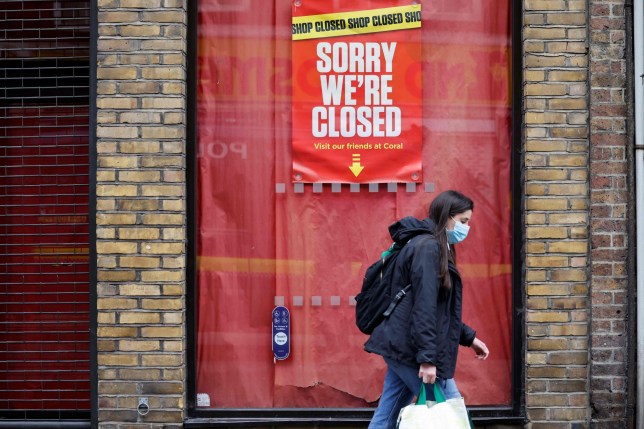 A total of 56,000 workers lost their jobs between February and March (Picture: AFP via Getty Images)

More than 813,000 workers have lost their jobs since the Covid pandemic hit – but experts claim the job market is finally stabilising after more than a year of harsh restrictions.

The number of workers on UK payrolls dropped by 56,000 between February and March – the first time this figure has fallen in four months, according to new data from the Office for National Statistics.

However, there are signs the job market is finally picking up, with vacancies surging by nearly 16% over the past month.

A number of these roles were in hospitality, as companies prepared for the long-awaited reopening of pub gardens and outdoor restaurants.

The nation saw the first quarterly fall in the unemployment rate since 2019 between December and February.

The rate was pushed back further in the previous three months – from 5% to 4.9%, the ONS said.

Darren Morgan, director of economic statistics at the ONS, said: ‘The latest figures suggest that the jobs market has been broadly stable in recent months after the major shock of last spring.

‘The number of people on payroll fell slightly in March after a few months of growth. 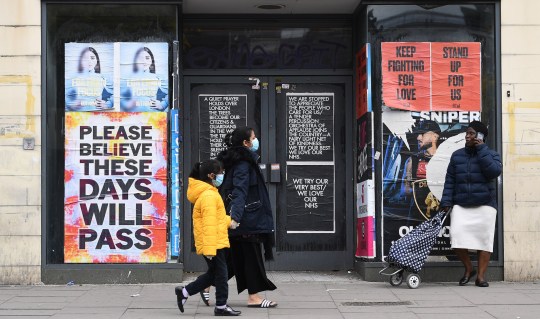 People walk past a closed shop in London (Picture: EPA) 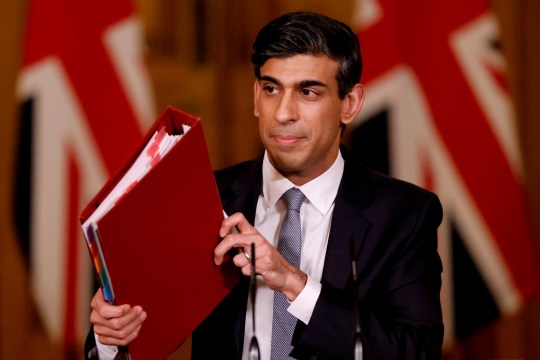 Chancellor of the Exchequer Rishi Sunak said he’d ‘continue to put people at the heart of the Government’s response’ (Picture: Reuters)

‘There are, though, over 800,000 fewer employees than before the pandemic struck, and with around five million people employed but still on furlough, the labour market remains subdued.

‘However, with the prospect of businesses reopening, there was a marked rise in job vacancies in March, especially in sectors such as hospitality.’

He added: ‘As we progress on our road map to recovery I will continue to put people at the heart of the Government’s response through our Plan for Jobs – supporting and creating jobs across the country.’