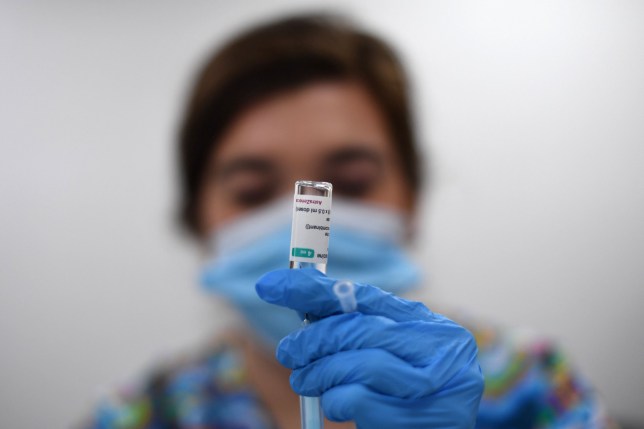 Uptake of the vaccine varies across Leicester, where infection rates remain high

Vaccinators could offer Covid jabs on people’s door steps to tackle low take-up in a city where infection rates have remained high.

Health officials in Leicester, which has been subject to the UK’s longest lockdown, have said they are looking at ‘innovative’ ways to reach more people.

This could include vaccines for multi-generational households in parts of the city with high infection rates and low uptake.

Other options include ‘pop-up clinics’ outside factories and at shopping centres, opening later to allow those observing Ramadan to visit after fasting and women-only vaccination centres in mosques, according to the BBC.

About 430,000 vaccines have been carried out across Leicester. Uptake of the jab varies across the city and infection rates remain high, with 108 cases per 100,000 people in the week up to 17 March.

The city’s Clinical Commissioning Group (CCG) said that while they would not be going door-to-door targeting whole streets, they would be visiting households where they know there has been vaccine hesitancy.

GPs have already been phoning up hesitant patients in a bid to increase uptake. The pilot scheme was launched after figures showed uptake was up to 40% lower among residents from deprived areas and BAME communities.

Dr Sulaxni Nainani, from the CCG, said ‘fantastic work’ has already been carried out to reach ‘certain pockets’ where fewer people than expected had been vaccinated.

‘We’re working with these populations groups, with faith communities, to see what would suit [them], and [creating] bespoke models for those areas, because we know that one size doesn’t fit all,’ she added.

Over 28 million people in the UK have received at least one dose of a coronavirus vaccine, which is more than half the adult population.

Boris Johnson confirmed today the nation was still on track to vaccinate over-50s by mid-April and all over 18s by the end of July, despite supply issues expected to slow down the rollout next month.

But experts have raised concern about disparities in the data, with uptake lower in more deprived areas and among ethnic minority groups.

Dr Samira Hassan, a GP in Leicester, has held a number of webinars in a bid to tackle the issue, which she said has helped develop ‘deep-rooted trust’ between health organisations and communities. 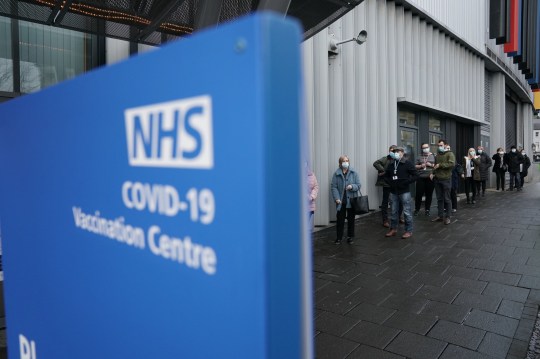 Vaccine takeup has been lower among ethic minority communities and in deprived areas (Picture: PA)

On Thursday, a pop-up vaccine clinic will open in Leicester’s Al Furqan Community Centre and Mosque.

Dr Hassan told LeicestershireLive: ‘One of the beauties of this clinic in particular is that not only is going to be at the local mosque and community hub but it will also be delivered by Somali healthcare workers.

‘This helps to break down language barriers and cultural barriers which will address fears or scepticism around the vaccine.’

A Leicester and Rutland CCG spokesperson said they are learning from what has been done in other areas in the country where uptake of the vaccine has improved.

They added more pop-up clinics could be opened if Thursday’s scheme proves successful.

The spokesperson said: ‘These clinics are vitally important in order to really engage with local communities and enable ease of access to the vaccine, particularly where vaccine uptake is low and where we continue to have the risk factors which lead to higher rates of Covid-19.’