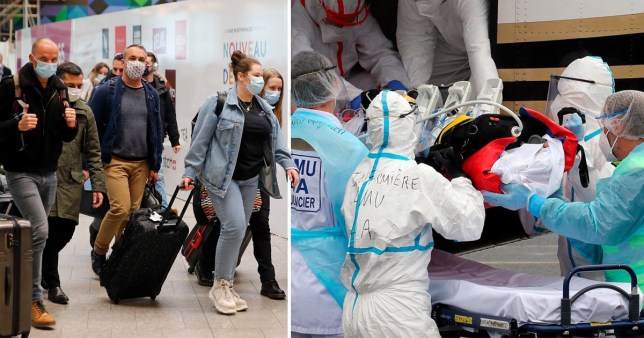 A number of European countries have gone back into lockdown (Picture: Getty; AP)

A surge in coronavirus cases across Europe is threatening a new wave in the UK and makes holidays abroad increasingly unlikely, government scientists fear.

Senior figures in Whitehall are becoming extremely concerned by an increase in infections that is forcing some countries, including France and Poland, back into lockdowns.

They fear a rise in cases in Britain within weeks with some calling for tougher travel restrictions, according to The Times.

A government source told newspaper that the rise in Europe was being watched closely, adding: ‘It’s a fact that when waves one and two hit Europe they hit us afterwards.’

The threat of a third wave means European holidays in May, and possibly in the summer, look doubtful.

Twenty countries in the European Union have now reported an increase in the rate of positive tests and 15 have said hospital or intensive care admissions have increased, according to the European Centre for Disease Prevention and Control.

The rise comes as countries continue to struggle with the vaccine rollout, which has been hampered by supply problems and skepticism over the AstraZeneca/Oxford jab.

Despite the UK soaring ahead with nearly half a million people vaccinated, scientists say we’re ‘not out of the woods’.

Advisors are wary of outbreaks of the South African variant in some European countries. 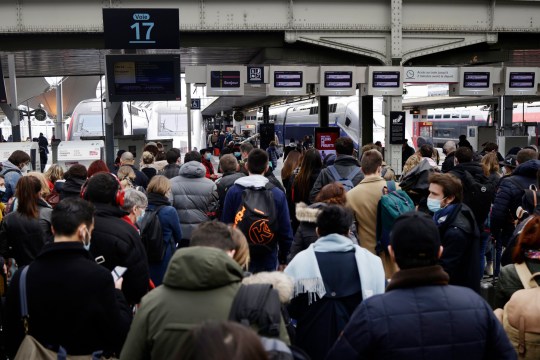 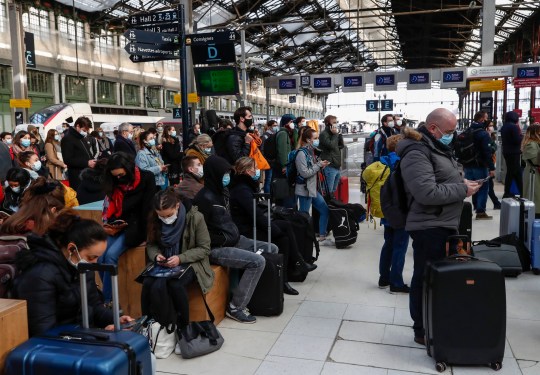 France has ordered a partial lockdown for Paris and several other regions (Picture: EPA)

Although this has been kept at bay in the UK by mass testing, a source told the Daily Telegraph the country shouldn’t ‘kid ourselves that you can stop these things from getting here’.

A government scientist also told the newspaper: ‘It does suggest we should be cautious, and although we’ve really come down quite steeply and things look pretty good in terms of hospitalisations and deaths, it would be wrong to assume we’re out of the woods.’

It is not clear why the UK often follows Europe when there is a surge in infections.

The Scientific Advisory Group for Emergencies (SAGE) has urged the government to take a cautious approach, but it has not called for a change to Boris Johnson’s roadmap out of lockdown.

Infections levels in the UK are still declining, but the decrease has slowed slightly following the first step out of lockdown, which saw schools reopen on March 8.

Boris Johnson this week pledged to stick to his roadmap, which will see all restrictions end on June 21, despite a month-long delay to the under 50s receiving the jab.

But the Welsh First Minister Mark Drakeford was less optimistic, saying he was ‘concerned’ to see reports of a third wave of coronavirus hitting France and  warning it is ‘very likely’ to hit Wales.

In Europe, the French government announced that new lockdown restrictions would be imposed on Paris from midnight on Friday due to an increase in cases. Prime Minister Jean Castex said France was facing a ‘third wave’ of the pandemic, adding the new measures will last for four weeks.

Poland begins a new three-week lockdown on Saturday, with shops, hotels, cultural and sporting facilities closed, while other countries including Italy and Spain have opted for curfews in a bid to reduce the rate of transmission.

Meanwhile, Germany’s head of public health declared on Friday that the country was ‘now at the beginning of a third wave’ while Chancellor Angela Merkel said she may need to apply an “emergency break’ on relaxing restrictions amid a rise in infections.

Poland begins a new three-week lockdown on Saturday, with shops, hotels, cultural and sporting facilities closed, while other countries including Italy and Spain have opted for curfews in a bid to reduce the rate of transmission.

Professor Neil Ferguson, who spurred the UK’s decision to go into lockdown last March, warned that a ‘significant fraction’ of European cases were likely to be of the South African variant, which some fear is more resistant to the Oxford/AstraZeneca vaccine. 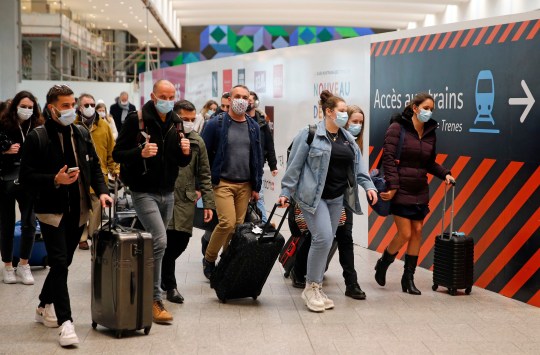 France, Italy and Germany are among the countries hit by surge in infections (Picture: Getty)

A spokesman for Boris Johnson said the UK had ‘strong measures’ at the border when asked whether the Government was concerned about rising Covid rates in France and other European countries.

Asked about Prof Ferguson’s remarks, the spokesperson said: ‘What I would say in relation to those specific comments, we already have strong measures in place at the border as you will be aware.

‘It is currently illegal to go on holiday and anyone arriving in England has to self-isolate, take two mandatory PCR tests on day two and day eight of their 10-day isolation period, and have a negative test before travel as well.

‘Modelling is showing that a combination of specific policy options such as pre-departure testing and isolation are effective measures for mitigating the public health risk.’

Pressed on whether some EU countries could be placed on the ‘red list’, meaning mandatory isolation in a hotel upon arrival in England, the No 10 spokesman replied: ‘I would point you back to the wide variety of strong measures that we have in place at the border.”We have them in place and believe them to be strong and robust measures.’