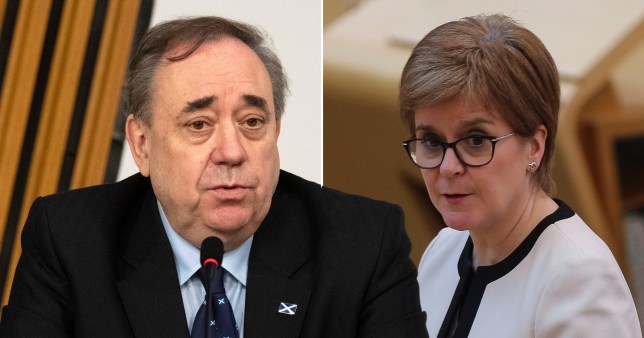 Nicola Sturgeon could have no choice but to step down as First Minister if claims she deliberately misled the Scottish Parliament are proven true, leading Scottish Tories have said.

Claims by her predecessor Alex Salmond during an inquiry into how the government handled sexual harassment allegations against him contradict the account she gave to Holyrood.

They suggest she feigned ignorance of the allegations when he disclosed them to her in a meeting despite having been told about them four days earlier.

Leader of Scotland’s Conservative MPs, Douglas Ross, said Ms Sturgeon should ‘absolutely’ resign if she is shown to have lied to the parliament, which is a breach of ministerial code.

He told the Daily Telegraph: ‘We have lost first ministers through resignations here in Scotland for far less than what Nicola Sturgeon has been accused of’.

Murdo Fraser, a Tory MSP who sits on the Scottish Parliament committee leading the probe, said the claims could be ‘absolutely devastating’ for her leadership.

He said: ‘If even half of what he alleged yesterday turns out to be true, and we will get to the bottom of this very soon, then Nicola Sturgeon’s position is untenable and she will have to resign.’

She told MSPs she first learned of the claims against Mr Salmond at a meeting in her home with him April 2 2018, but it later emerged his former chief of staff Geoff Aberdein had told her four days earlier in her office, a meeting which she claimed to have forgotten. 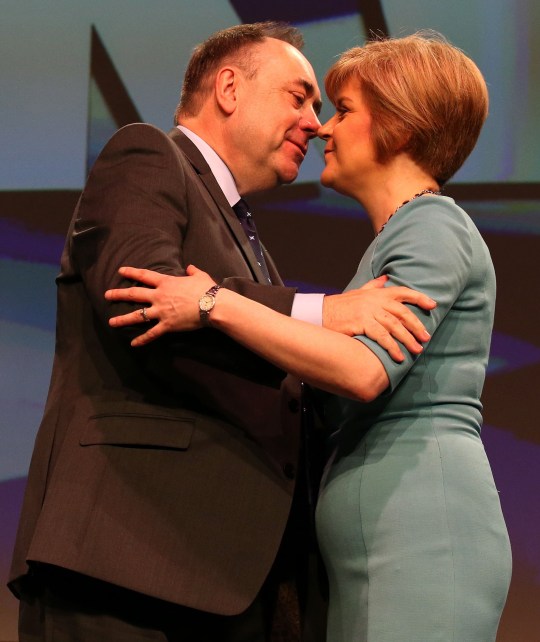 Between them the pair have dominated the Scottish National Party for decades (Picture: PA)

Mr Salmond has disagreed with descriptions of her behaviour as a’cover-up’ and stopped short of saying Ms Salmond should step down if she is found guilty of ministerial code breaches.

However he separately accused Ms Sturgeon of casting doubt on the court process that cleared him of the allegations, saying there was ‘no doubt’ she broke the rules.

Ruth Davidson, who leads the Tories’ Holyrood faction, has accused Ms Sturgeon of a cover-up and says she could be forced to step down at the end of the inquiry into the Alex Salmond controversy.

She told Sky News: ‘Any Parliament has to be able to ask questions of the Government and expect those questions to be answered.

‘Frankly, this isn’t about independence or not. This is about being Scottish, this is about wanting Scotland to work. 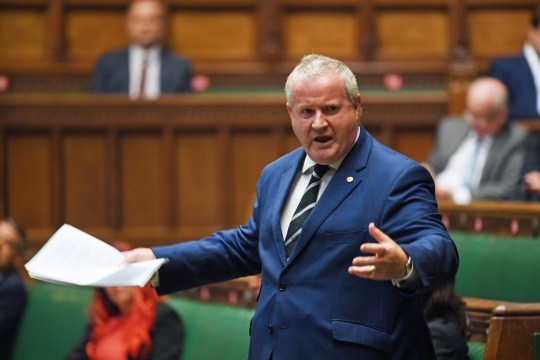 Ms Sturgeon’s most powerful ally Ian Blackford refused to rule out her resignation of the code breaches were proven true (Picture: EPA)

‘This is about wanting the institutions of Scotland to work and wanting the parliament to hold the executive to account no matter which party is in power.’

The First Minister’s position could unravel within weeks as she expected to be the final witness into the Holyrood inquiry next Wednesday.

She faces a separate investigation over the allegations of misleading the Scottish Parliament.

The leader of the SNP, Ian Blackford, today insisted Ms Sturgeon did not breach the ministerial code, although he refused to say if she should step down if he was proven wrong.

‘This will be put to bed, and we will be able to move on from it to make sure we are dealing with the Covid crisis in the right way, and we’re having that discussion about what Scotland’s future is.

‘I and my party have full confidence in the First Minister leading us to that destination of Scotland becoming an independent country.’