Diane and Philip Walker are not happy bunnies (Picture: BPM)

An elderly couple are furious after paying £650 to remove some weeds – only for them to grow back a week later.

Diane and Philip Walker hired two men to kill the unwanted plants at their property in the east Yorkshire village of Tunstall.

But they say the weeds have already grown back and now want an apology and most of their money back.

A promise of a £250 refund and three hours’ free labour has never materialised.

Diane, 78, said: ‘We got the back garden slabbed with paving stones and all the weeds were coming through. We weren’t capable of doing it so we rang a number on an advert.

‘He said he would sort the weeds out and put something down so they wouldn’t grow again. They came in a white van. It took them three hours and they removed the weeds.

‘They left some rubbish down the garden and put the weeds in our brown bin. They didn’t put anything back and left a pile of rubbish, and we weren’t too pleased about that. 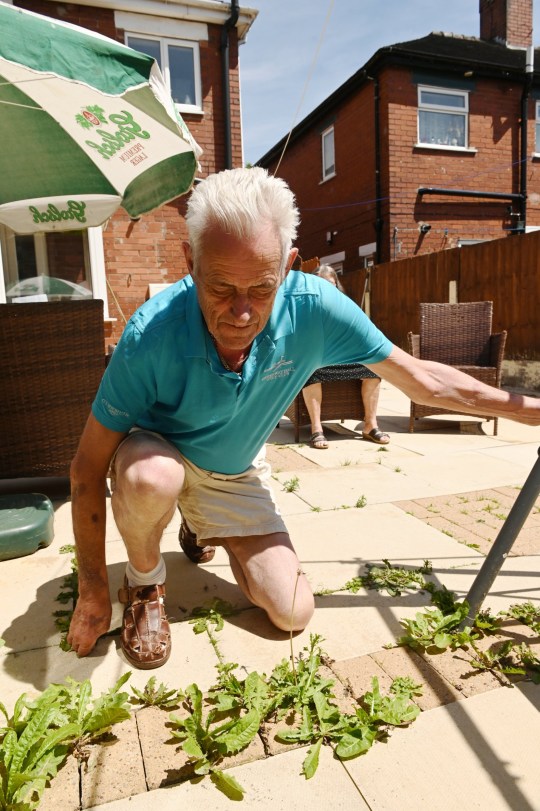 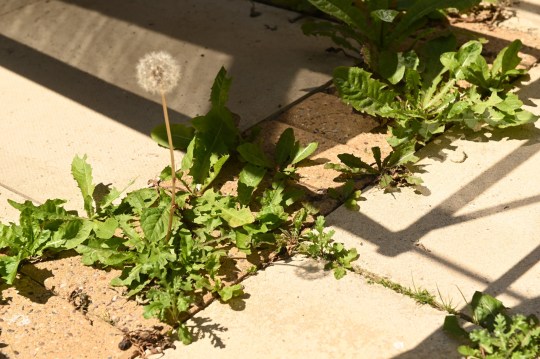 The pesky weeds came back a week later (Picture: BPM)

‘We thought there would be no more weeds so it would be worth that money in the long run – but a week later the weeds came through again.’

The couple tried contacting the gardener multiple times, asking when the money would be posted through their letterbox, but have still had no joy.

Diane believes the work carried out was worth £150 and is now demanding £500 back.

She added: ‘We phoned him and he was offering £250 back. I expected a bit more because they didn’t put anything back in place. I feel stupid, we feel let down, and it has depressed both of us.

‘I wonder how many other people like us have been conned.’