A COUPLE have been accused of attracting “scantily clad maskless chavs” to a market town by opening a cake shop.

George Johnson, 43, and Lily Trunfull, 29, say they have received hundreds of hateful comments due to their tasty treats becoming a favourite in Arundel, West Sussex. 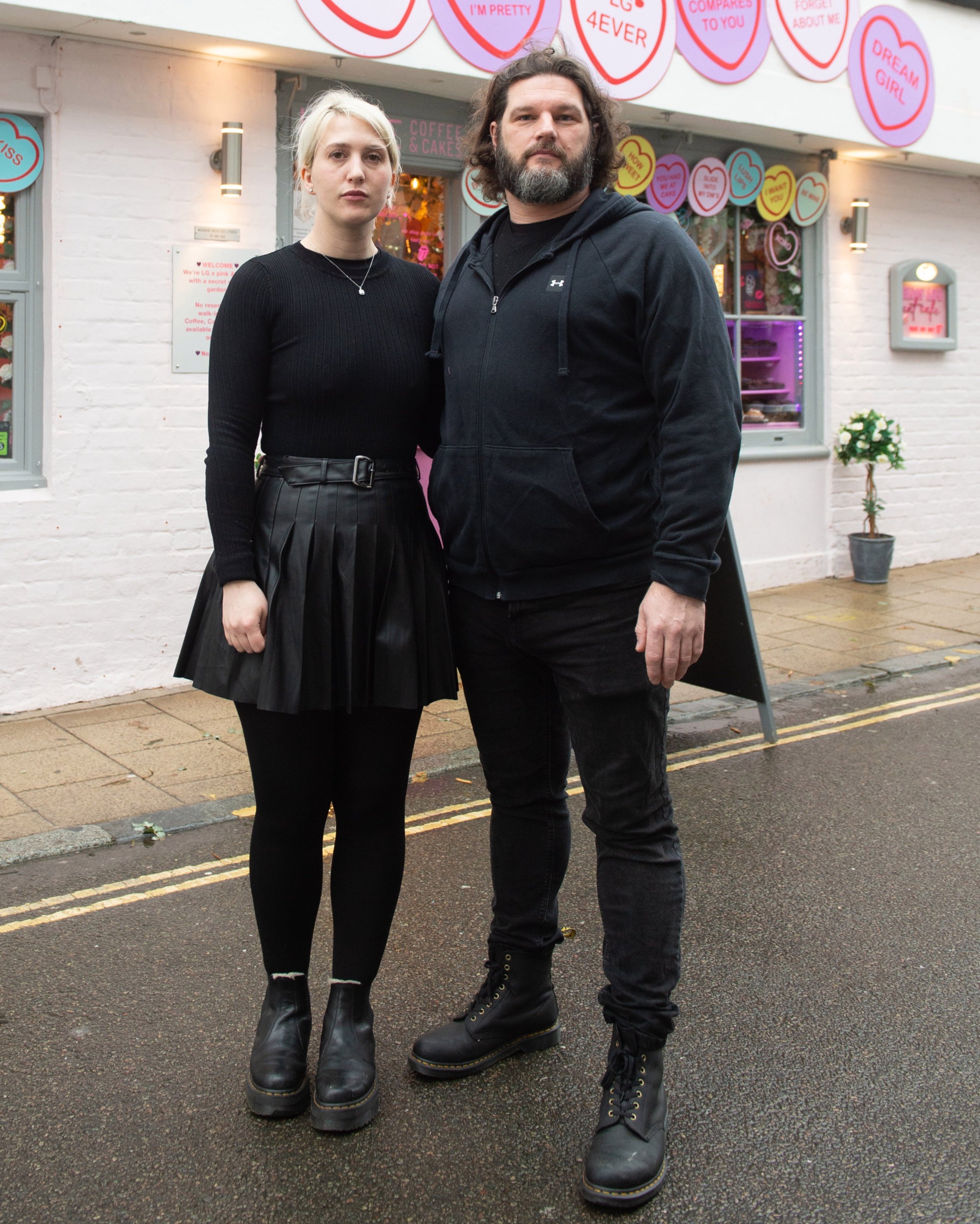 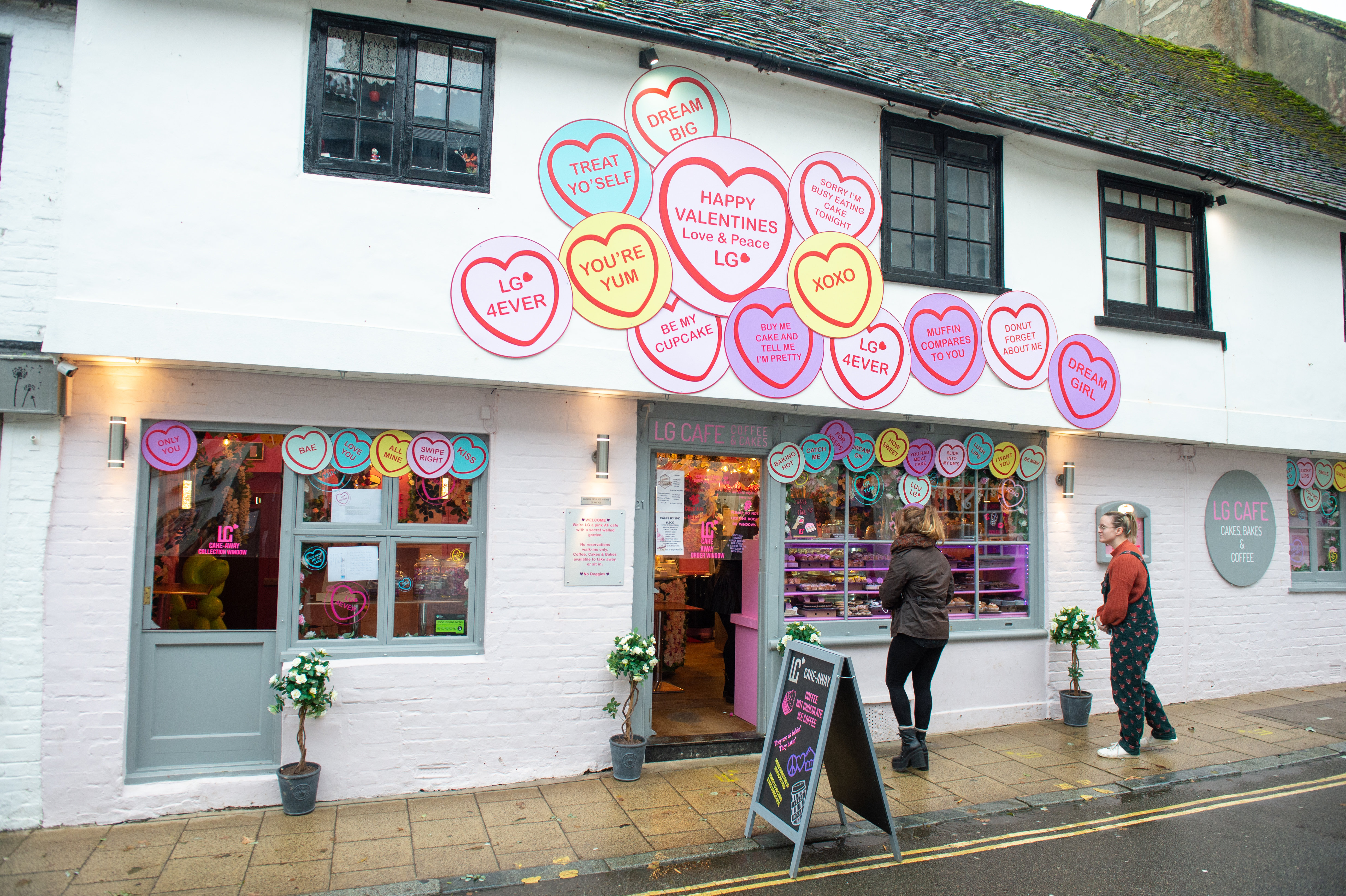 Concerned customers have told the couple they have been filmed and photographed outside the shopCredit: SWNS:South West News Service 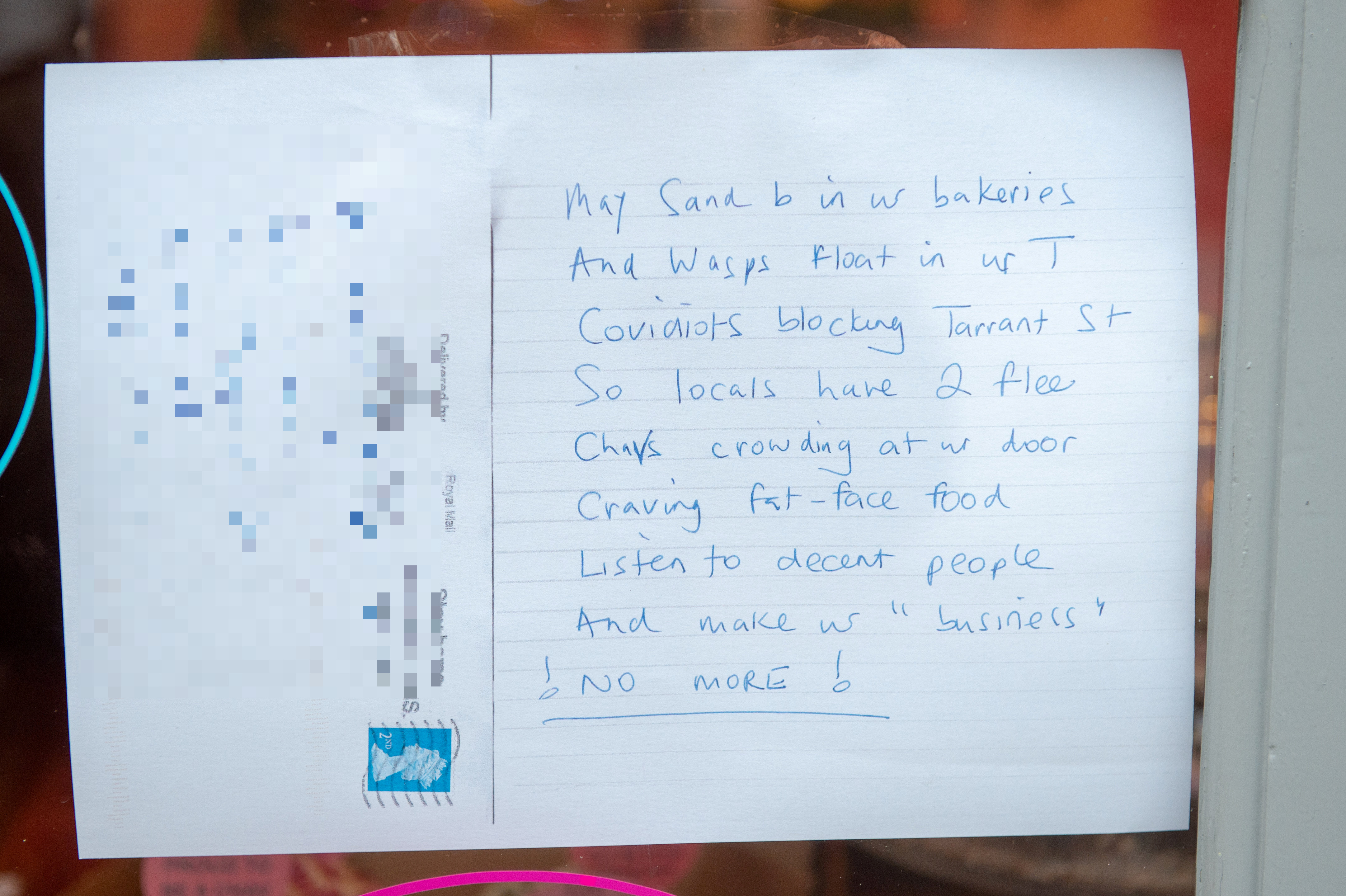 Poison pen letters sent to them have described LG Cafe customers as “scantily clad maskless chavs”, “rats” and of bringing “the wrong type of people to our distinguished town”.

Concerned customers have told the couple they have been filmed and photographed outside queuing by the trolls.

After starting the cake and coffee cafe two years ago the couple say they’ve received a deluge of hate mail.

They say while they believe it to be a minority of locals and local businesses, they have gone to police after the amount of hate mail suddenly shot up.

Lily said: “It was just a few snide comments here and there, like ‘who brought the rats into the town, oh it’s that cake shop’.

“It’s a small, very vicious group of locals and local businesses that nip away online and now they’ve got their teeth into it.

“We could hear noises outside just now and we could hear two old women slagging us off and saying how we’re bringing in the wrong type of customers into the town and definitely not the type of people they want in the town.

“There are plenty of other coffee shops open selling coffee and cakes so we’re no different doing what we’re trying to do to survive.

“But because we’re not local, and the customers aren’t local, they think we bring the wrong people in.

“I’m a Sussex girl. I’m not any different from any of the rest. Some of them have the idea of what they want Arundel to be. If you don’t fit into the box, you’re not welcome.”

Other than some of the classist criticism, some social media posts blame the lack of coronavirus policies – a claim they deny.

The couple say like other open coffee shops and restaurants they are only operating by takeaway. 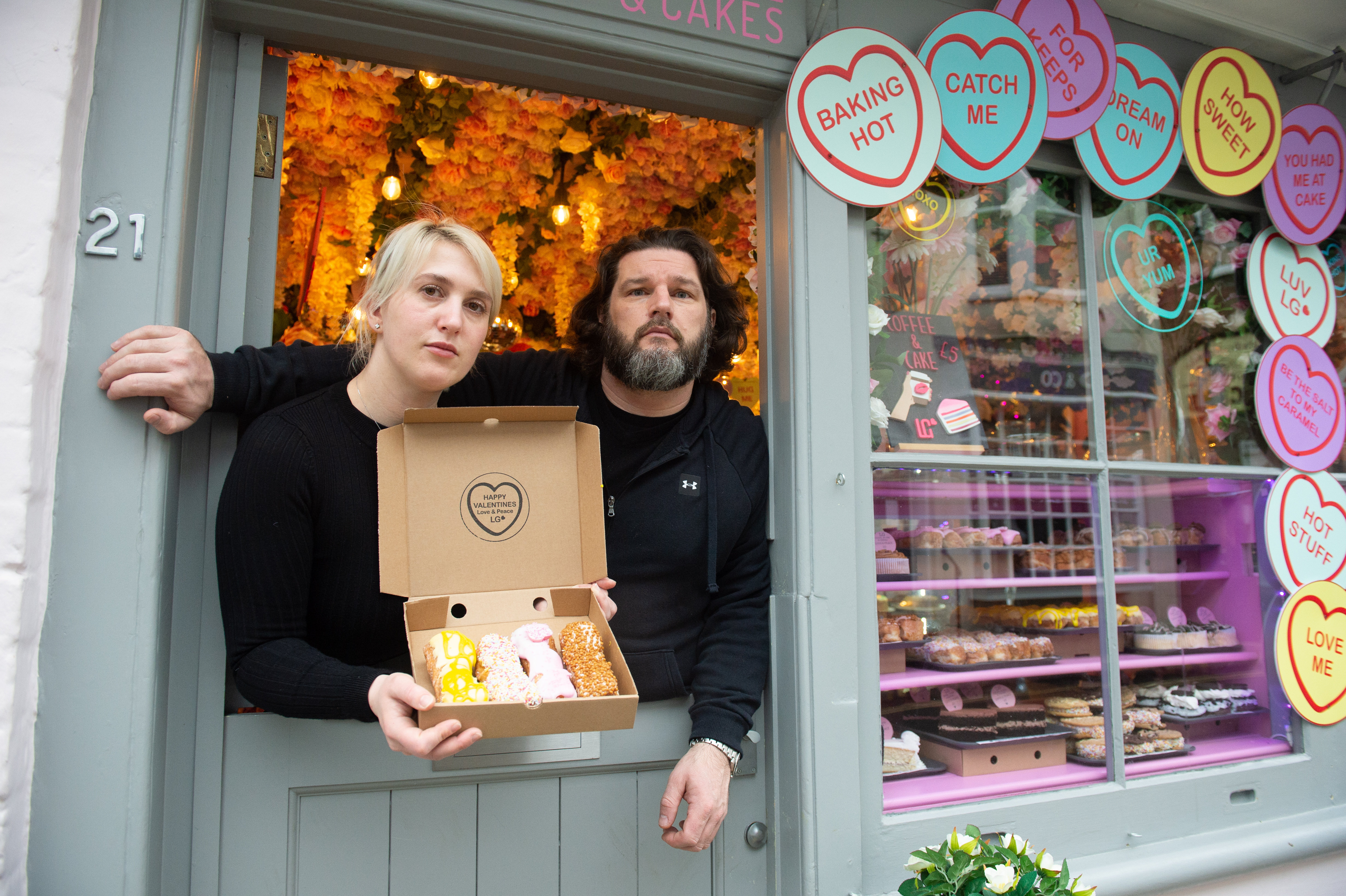 The couple say while they believe it to be a minority of locals and local businesses, they have gone to police after the amount of hate mailCredit: SWNS:South West News Service 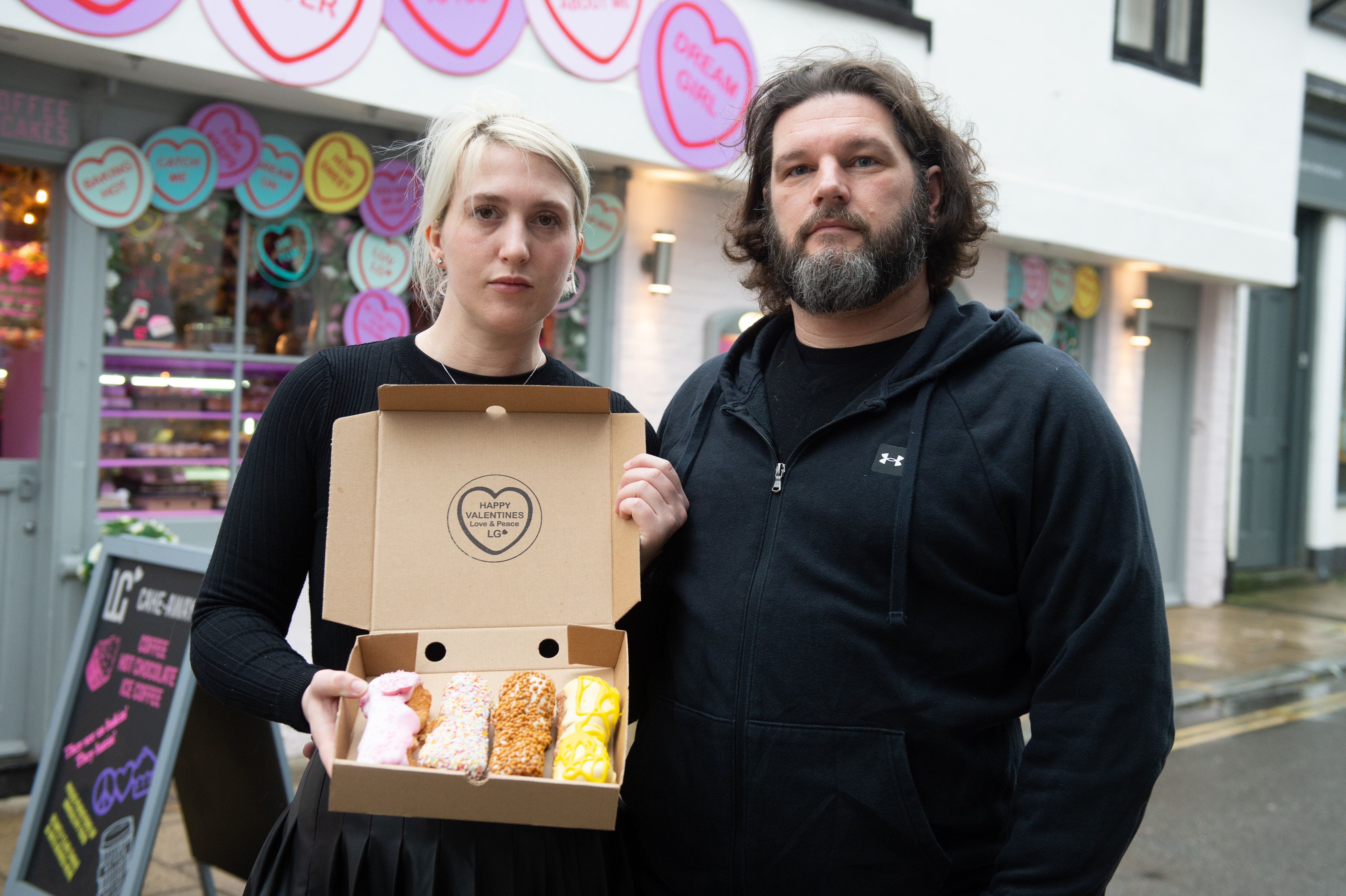 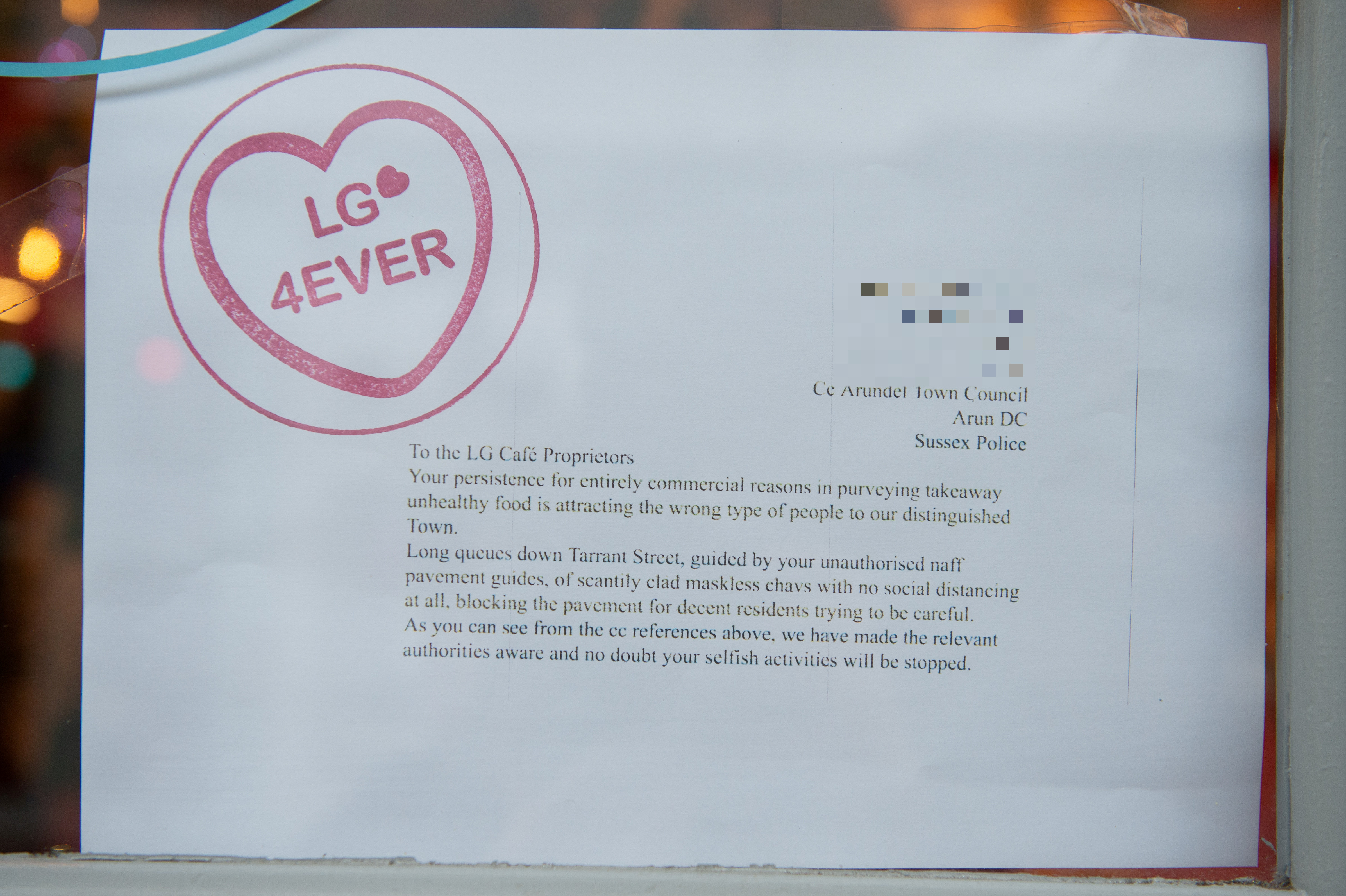 Poison pen letters have been sent to the coupleCredit: SWNS:South West News Service

They’ve also said police have said they’ve gone “over the top” with Covid security by only serving people through a hatch outside and installing social distancing markers outside the store.

George, who also runs an ice cream parlour in town, compared the feeling to 2007 film Hot Fuzz, starring Simon Pegg, about a couple of police officers dealing with a villainous neighbourhood watch society.

He said: “Certain people have a very old fashioned way of thinking.

“I think there’s a certain percentage of the town that are still living in the sixteenth century.

“And obviously as we became established and busier, jealousy comes into it.

“But the problem is, Arundel has a massive castle. It’s going to encourage tourists to come, and things have to change.

“The high street is decimated – it’s going to be decimated for years. You have to embrace businesses that are trying to get through it.

“I’ve had a couple of councillors come to me, and they’ve said they’ve tried to speak to certain individuals and they’re completely ignoring it.”

“The only way you can fight hate is with love. Love and peace, that’s what we’re about.”

Lily added: “The police are involved and they’ve got the letters and are taking it very seriously.

“We do feel sorry for the people trolling us because it’s so aggressive and so nasty they must have something going on in their lives that would make them be so horrible.

And George said: “We love Arundel, it’s a beautiful little town, we’ve created our lives and businesses here. The level of hatred these people bring is quite scary.

“It is a small percentage, but they’re so vocal with it.

“We do have much support and we do thank our lucky stars because they’re going to get us through this.

“It only makes us stronger.

“We just want to go back to making cakes. We love what we do. We wouldn’t get up at 5am to make yum yums if we didn’t love it.”