COPS were pelted with bottles and spat at as 200 partying students turned the millionaires’ resort Sandbanks into the “Wild West”.

Fights erupted among the revellers as one lad, 19, suffered head injuries after a bottle hit him – but he was arrested after attacking the two officers who helped him. 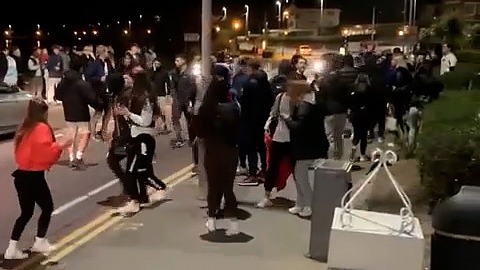 Around 200 students descended for the partyCredit: BNPS 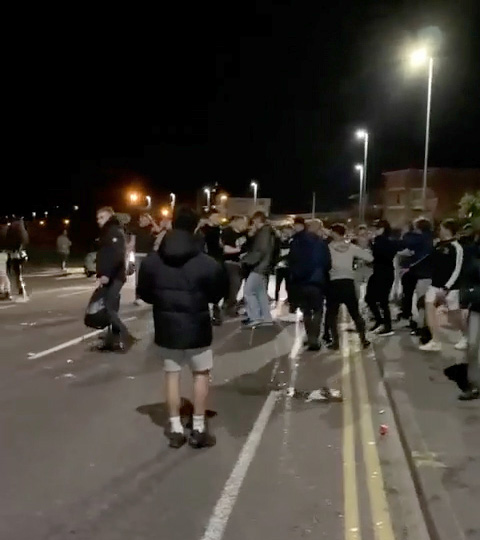 Video footage shows groups of male teenagers throwing punches and lobbing beer bottles at each other with no police presence aroundCredit: BNPS

Blood, glass and NOS canisters were left covering the road after the sixth formers’ Thursday night Easter celebration at Kite beach, Dorset, as specialist and police dog units were brought in to shut it down.

Witness Jodie Garnham, who drove through the crowd, said: “It was out of control. Kids running into the road, glass everywhere. Police were severely outnumbered.”

Petra Carrier said: “Blood and glass everywhere, traffic bought to a standstill. They should have been moved on when they first arrived in such large numbers.”

Another resident added: “It was like the Wild West. Once the alcohol had kicked in, all you could hear was glass smashing and shouting and yelling.” 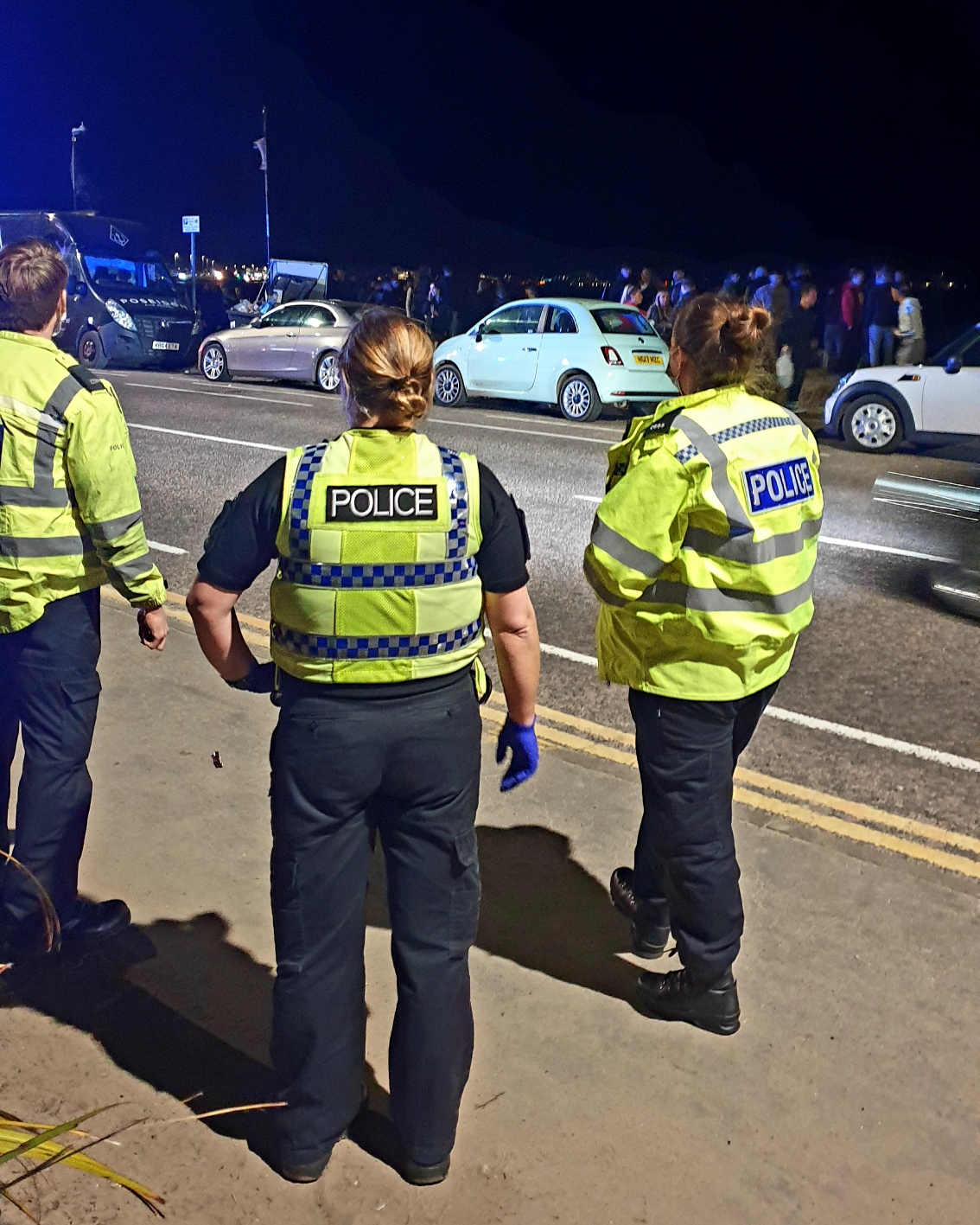 Cops were pelted with bottles and spat atCredit: BNPS 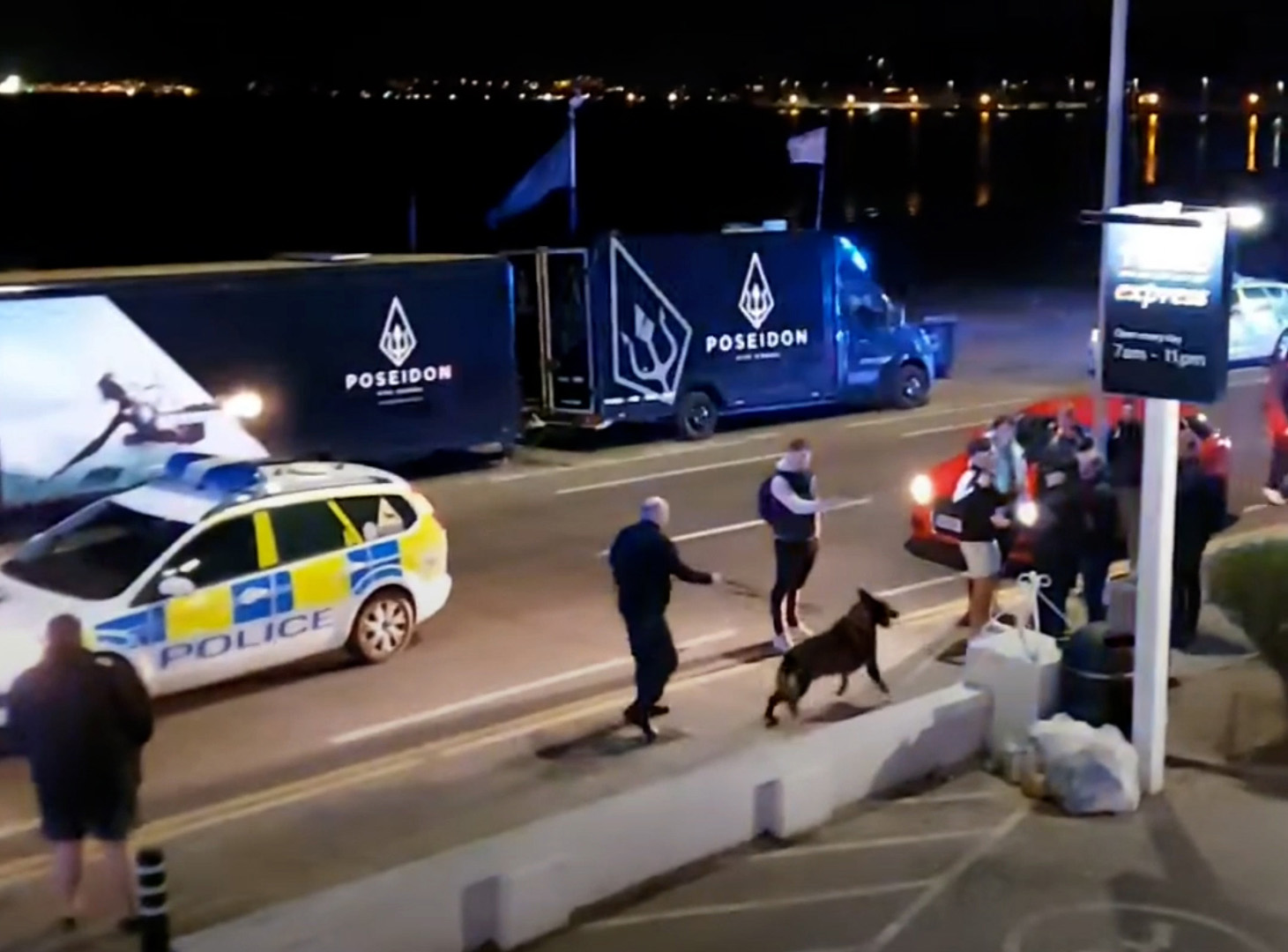 One fight erupted outside a Tesco store before a much larger brawlCredit: BNPS

The exclusive peninsula has luxury resorts including a four-bed detached house for £6million, complete with a gym, sauna and swimming pool.

One fight erupted outside a Tesco store before a much larger brawl.

Video footage shows groups of male teenagers throwing punches and lobbing beer bottles at each other with no police presence around.

Dorset Police officers had not dispersed the group when they first arrived, claiming the group were mostly polite and well-behaved.

But several beach fires had to be put out later in the evening and cops warned one man seen throwing bottles into the sea.

Sandbanks Community Group chairman David Morley said: “They were sixth formers celebrating the end of term. They were mostly well behaved but then the drink started to take its toll and it got a bit more out of control.

“Thank goodness the police were there. People were really shocked to see that kind of behaviour in a quiet neighbourhood.” 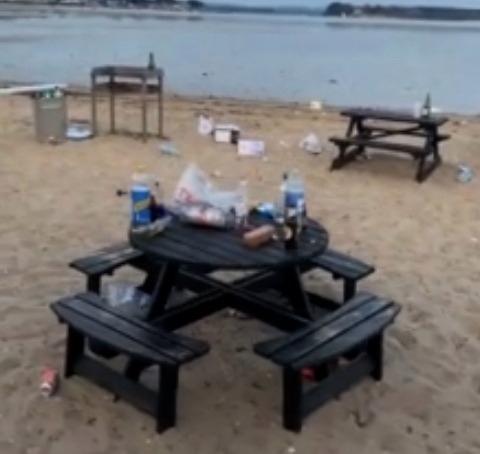 Litter was left across the beachCredit: BNPS

He said the litter left behind was ‘horrendous, adding: “There was mountains of it scattered all over the beach.”

Environmental campaigner Olly Rush said: “Up and down the beach there was broken glass, beer cans and bottles that had been left like a festival site.

“A lot of it was already in the sea after the tide had come in. After it had been cleared up, two big bins were full and there were about 20 bags of rubbish left next to them.”

And yesterday up to 50 teens partied on Exmouth beach, Devon with at least seven police cars arriving to shut it down.

Several fights broke out and pictures show one man being held back by officers. 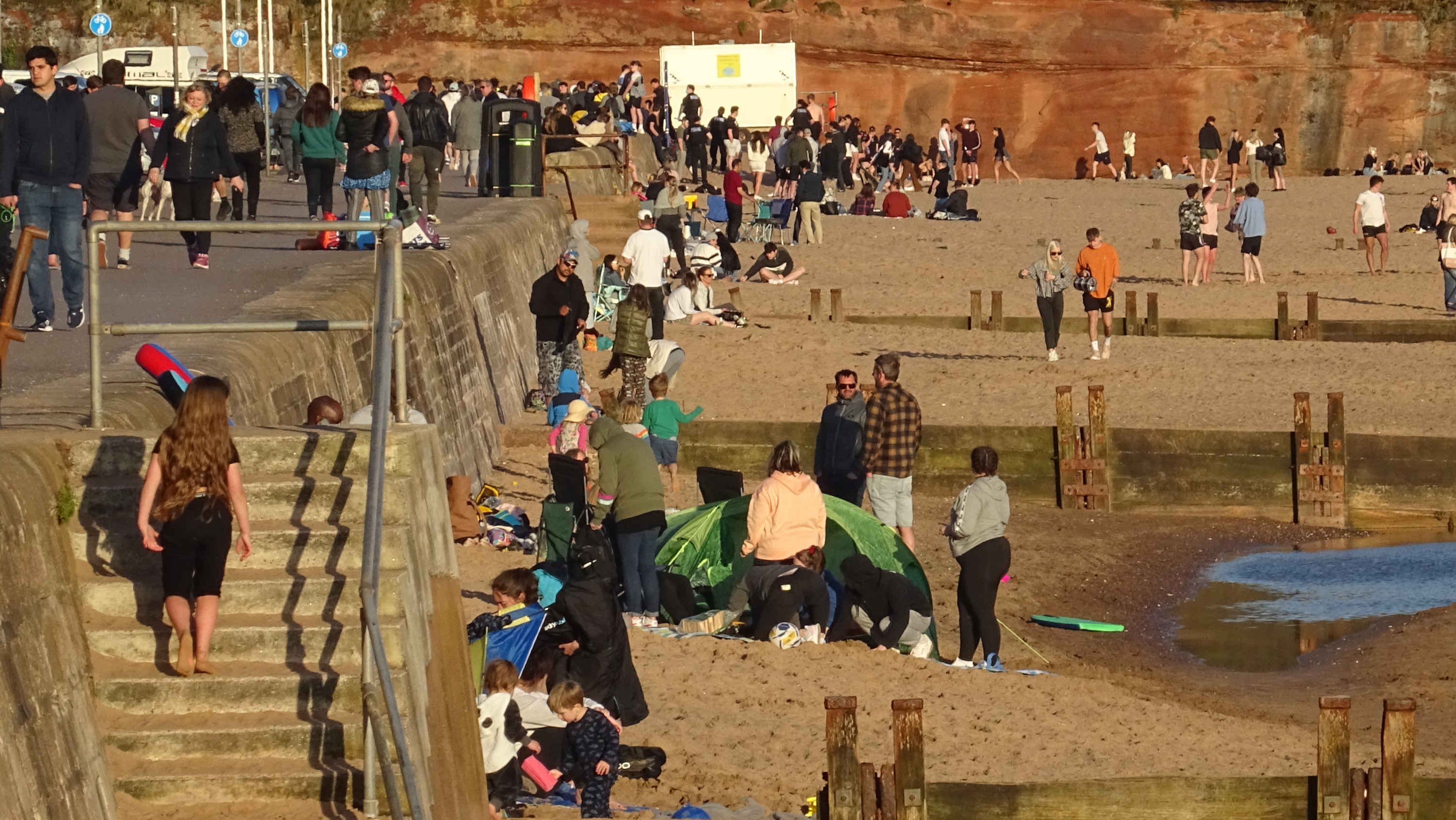 Last week hundreds of boozy Brits brawled and urinated in a park as lockdown eased.

Revellers were seen spraying bottles of alcohol in the air – chanting and clapping as many joined in and danced in the centre of the madness.

And bloodied revellers were caught brawling in Leeds too.

What happened on Easter Saturday?