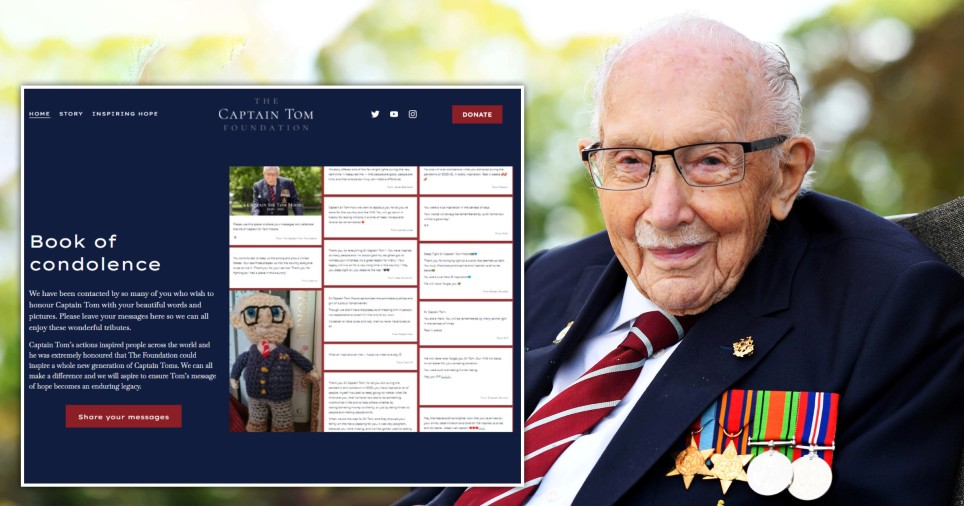 The book of condolence for the Second World War veteran has been flooded with touching tributes (Picture: Reuters/The Captain Tom Foundation)

An online condolence book set up to celebrate the life of Captain Sir Tom Moore has been filled with touching messages within hours.

The 100-year-old Second World War veteran died in hospital on February 2 after contracting pneumonia and Covid-19.

Sir Tom’s funeral is set to take place this weekend but only his close family will attend the ‘small service’ in their home of Bedfordshire.

After daughters Lucy Teixeira and Hannah Ingram-Moore urged the public to pay their respects at home amid Covid-19 rules, they acknowledged that thousands wanted to honour their father’s life.

The family today shared a touching online condolence book titled ‘A celebration of the life of Captain Sir Tom Moore’ for the public to share their messages in honour of the NHS fundraiser.

The official Twitter account in the late veteran’s name wrote: ‘Many of you have asked what you can do to honour Captain Tom.

‘Having received so many wonderful messages and pictures we have set up an online book of condolence for you to leave your tributes and celebrate Captain Tom’s remarkable life.’ 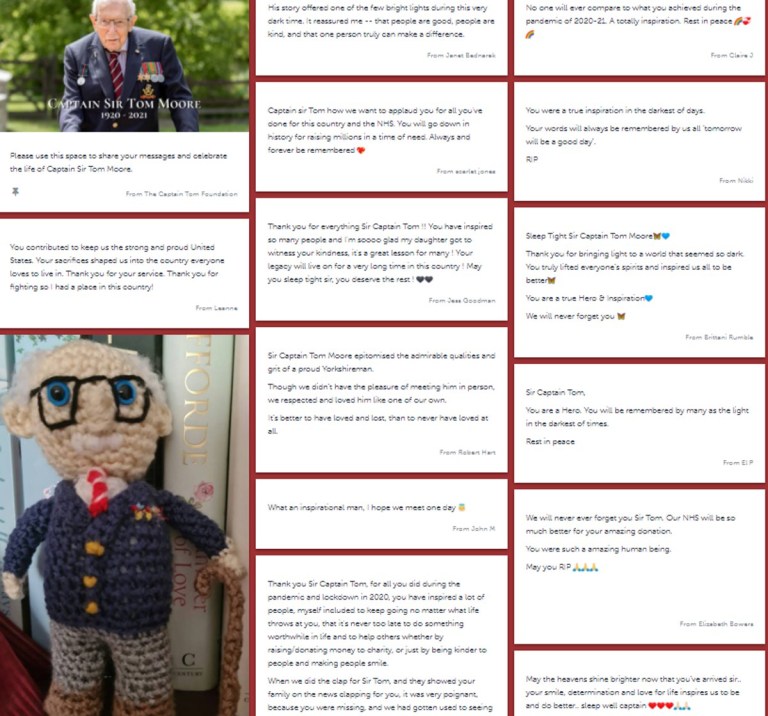 Some shared images of sweet art projects their children had created in memory of the NHS fundraiser (Picture: The Captain Tom Foundation/Kudoboard)

Many of you have asked what you can do to honour Captain Tom. Having received so many wonderful messages and pictures we have set up an online book of condolence for you to leave your tributes and celebrate Captain Tom’s remarkable life https://t.co/BrUeyhuBMHð

Just hours after sharing the link to the Kudoboard, the page has been flooded with emotional messages from hundreds calling Sir Tom a ‘true legend’, an ‘absolute hero’ and ‘a real inspiration to all generations in a troubled year’.

Many told of how the centenarian’s NHS fundraising efforts will ‘never be forgotten’, while others shared a simple but sweet ‘thank you’ with a blue heart.

Others shared pictures of art, knitting and lego projects their children had finished in tribute to the grandfather, while NHS workers and families bereaved to Covid-19 shared messages of gratitude.

Sir Tom won hearts across the nation during the first lockdown, after vowing to walk 100 laps around his Bedfordshire garden before his 100th birthday to raise funds for NHS charities.

He set out to raise £1,000 but he soon smashed that record when donations came in thick and fast from across the globe, to raise £32.8 million.

The condolence book is the latest initiative in Sir Tom’s memory, after it was announced that trees will be planted around the world in his honour. 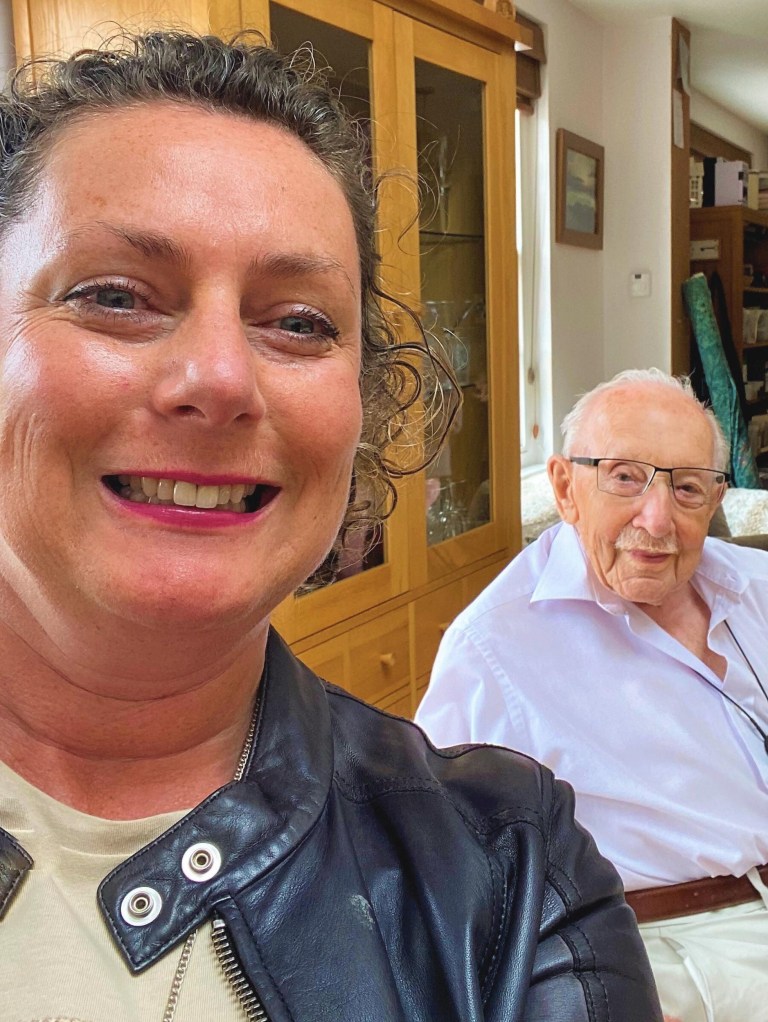 Daughter Lucy Teixeira said her father would have been ‘chuckling’ after plans were unveiled to plant trees around the world in his honour (Picture: PA)

The veteran’s family have selected environmental charities, the UK’s Woodland Trust and TreeSisters, to grow his ‘legacy forest’ on their behalf internationally.

Daughter, Lucy, 52, said she hopes the Trees for Tom project will eventually lead to a woodland in Yorkshire and reforestation in a part of India – both places close to Sir Tom’s heart.

She said: ‘Dad was happiest outdoors, walking in all seasons, pottering in the garden, and listening to the birds,.

‘He loved wildlife and watching nature programmes. And like every grandparent, he was concerned about what the future holds for his four grandchildren and the negative impact we are having on our planet.

‘Planting a tree is a small but significant gesture that can collectively make a big difference and create a lasting, living legacy.

‘Among the many initiatives both charities have planned, I am hoping we can grow a wood in Dad’s native Yorkshire and help reforest a part of India – both places dear to his heart.

‘I can’t think of anything better and I know Dad would be delighted that his hope for a brighter tomorrow was being honoured in this way.’