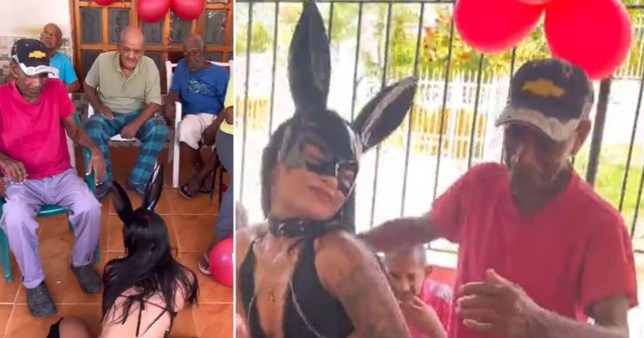 Strippers put on an eye-catching display at a nursing home in a bizarre stunt apparently to raise awareness of the elderly.

Raunchy footage shows a leather-clad woman in a thong and boots twerking up against some of the elderly residents, before half-naked men dance for the ladies.

But midway through the performance at Una Mano Amiga Foundation in Cartagena, Colombia, one elderly woman suddenly grabs her chest and keels over.

The strippers sprang into action, grabbing a bottle of water and making sure she was comfy before paramedics arrived.

She was put on a stretcher and, with the help of the dancers, swiftly carted off to safety.

Party organiser Nadia Cartagena posted the footage online claiming she got the ‘biggest scare’ of her life, adding: ‘I did not expect what happened to happen and the truth is that I am very sorry, I just wanted to give them some fun and I did not expect that situation, so I want you to comment on the situation.’

She was soon slammed in the comments for taking it too far, but all the negative publicity forced Nadia to admit the truth – it was all a hoax. 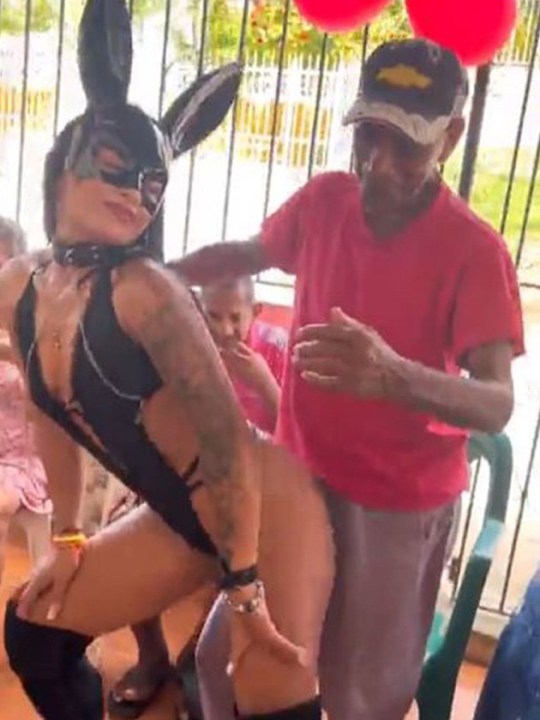 Strippers partied at a nursing home in a bizarre stunt (Picture: Instagram/Nadia Cartagena) 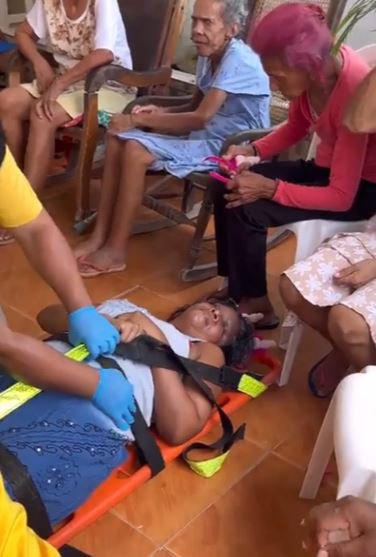 An old woman ‘collapsed’ during the show, but it was later revealed to be an elaborate hoax (Picture: Instagram)

Nadia told local media the video was specifically designed to catch the attention of the Cartagena Mayor’s Office, in a strange bid to highlight poor conditions at care homes.

‘This theme party was organised, authorisation was requested, I have the evidence,’ she said.

‘Nothing was done against anyone’s will. We did it with a lot of love, my entire platform is made of very good content, of social help.

‘And at no time was the purpose of the video to annoy, abuse or take advantage of the grandparents, in fact, we made a donation to them after the event.’

Iker Casillas’ Twitter ‘joke’ about coming out as gay is abhorrent – he must prove he’s been hacked, says campaigner