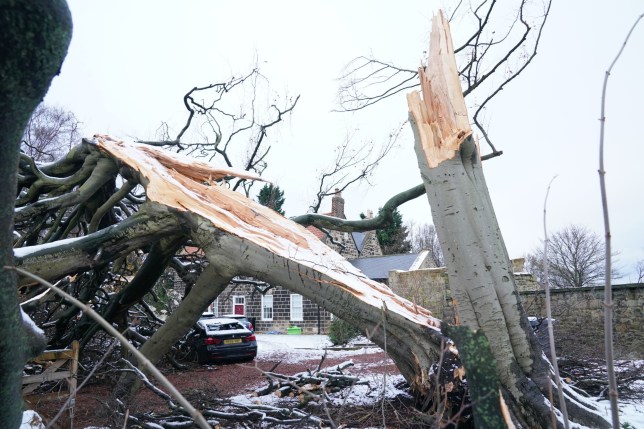 National security is being ­jeopardised as ministers fail to prepare for the increasing risks of extreme weather events due to climate change, a panel of MPs have warned.

Cascading risks from such problems can quickly start to threaten other infrastructure, the MPs warned.

And they bemoaned a ‘severe dereliction of duty on the part of the government’, with no minister prepared to take responsibility for ensuring the resilience of vital power, transport and communications networks.

It also pointed to the Stonehaven rail tragedy when three people died in a derailment following torrential rain, and the failure of railway drainage systems which almost caused the National Blood Bank in Bristol to flood.

Methane levels in the atmosphere have soared to record levels along with heat-trapping greenhouse gases, UN experts have warned. It saw the biggest year-on-year jump since records began nearly 40 years ago.

But it is not clear if this was partly due to increased emissions from wetlands that are decomposing faster because of global warming. CO2 concentrations in the atmosphere are up nearly 50 per cent since the industrial revolution

It took evidence during the summer’s 40C heatwave when the country faced significant rail disruptions, flight delays and power cuts. But the committee said it was astounded the minister nominally responsible for critical national infrastructure (CNI) resilience – the then Cabinet Office minister Michael Ellis – refused to appear due to his ‘lack of command’ of the issue.

The committee called for a minister of state for CNI resilience to be appointed, with a team within the Cabinet Office to focus on the problem.

Committee chair Dame Margaret Beckett said: ‘Storm Arwen showed how quickly the effects of a power shutdown can impact on other sectors.

‘These cascading crises are a major danger to the functioning of the economy, and to society – that’s why this is a serious risk to national security.’