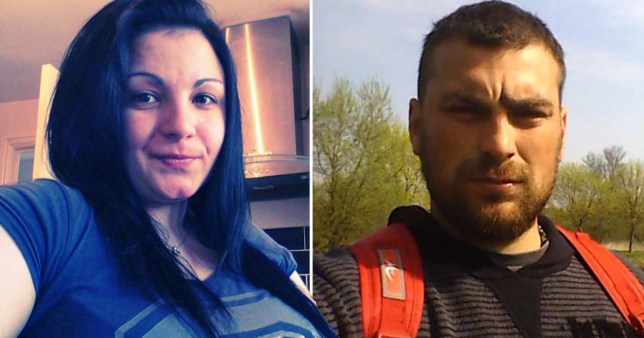 A cleaner faces a £100,000 court bill after his ex-girlfriend claimed he threw himself off a ladder in a bid to win £500,000 in compensation.

Mihail Mihov, 34, boasted to pals at a barbecue about staging the accident before suing bosses at Yew Tree Dairy, in Skelmsersdale, Lancashire, according to Kristiyana Gancheva.

He claimed to have permanently damaged his knees after falling as he put rubbish into a skip in 2016 – preventing him from working ever since.

Mr Mihov sued his former bosses for £527,000 but unexpectedly dropped his case last year after Miss Gancheva rang them up and told them he was lying.

Now he could have to pay £100,000 after his old employer asked the High Court to rule his aborted claim was ‘fundamentally dishonest’.

However, the dad-of-one insists the accident happened as he described and claims he could be the victim of a ‘grudge’ involving his ex and one of her friends.

Yesterday, Judge Sarah Richardson was told how on April 5, 2019, Miss Gancheva spoke to Mr Mihov’s former line manager and said the accident was a ‘pre-planned fabrication’. 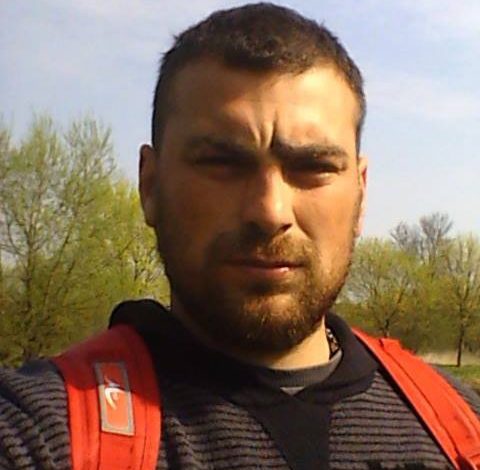 Mr Mihov, 34, claimed he was the victim of a ‘grudge’ (Picture: Champion News)

The court heard how the accusation was backed up by her pal Kremena Glavanova, who also gave a statement and even admitted she had come up with the idea originally.

Mr Mihov had been in a relationship with Miss Gancheva when the alleged accident happened, the court was told.

But by the time he filed his claim in early 2019 he had moved back to Bulgaria, where he now lives with a new partner and their child.

It was only three months later that his ex came forward to report his alleged fraud.

In her statement, she said: ‘Mihail told me he was going to make up a claim against the dairy to obtain some money. He told me his plans on at least three or four occasions.

‘On one particular occasion we were having a barbecue at our house and he was getting very excited and telling all of his friends about his plan to fake an accident and get £150,000.

‘In private he told me he was going to slip on some steps at work and claim he hurt his leg and knee.

‘He had issues with both his knees prior to the alleged accident. He told me he had injured his knees whilst playing football in Bulgaria and that he had an operation on his right knee in Bulgaria.

‘I recall Mihail telling me he had his accident and that he was going to make a claim. I was still in a relationship with him at the time of his alleged accident. I did not witness his accident but he did state that he had staged it.’ 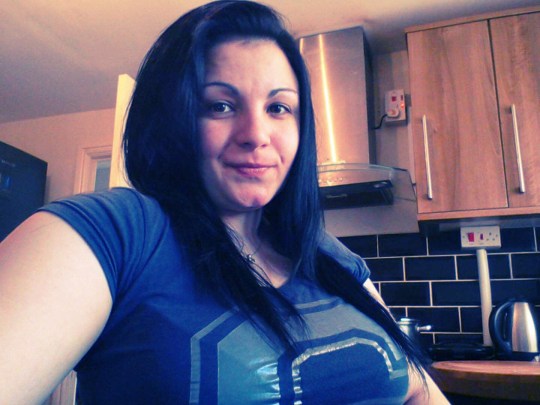 Miss Gancheva says her ex got ‘very excited’ as he told friends about his plan at a barbecue (Picture: Champion News)

In evidence, Ms Glavanova told the judge: ‘We were supposed to split the compensation half and half. We came up with this plan together.

‘Mr Mihov wouldn’t have known how to fall off the ladder if I hadn’t told him what to do I don’t want the money anymore, I just want the truth to come out.’

But in his response, Mr Mihov said Miss Glavanova probably had a ‘grudge’ against him, as a friend of his ex-girlfriend.

He said she had contacted him years after his accident, demanding a large chunk of his eventual compensation because she had helped look after him.

Mr Mihov added: ‘She threatened me and tried to force me to sign a contract stating that I would give her half of the compensation from this claim.

‘I blocked her on Facebook after this because what she is saying is not true.’

Giving evidence yesterday, he insisted that the accident happened as he originally described and that the latter ‘became unstable and started swinging’.

Mr Mihov’s damages claim was set to go before a judge in December last year, but three months before it was due to start, he dropped his case, the court heard.

The dairy’s barrister, David Callow, said there was no explanation for this, other than that it had been ‘fraudulent’ from the start.

He asked the judge to rule that the claim was ‘fundamentally dishonest’ and allow the business to claim the £100,000-plus in legal costs back from Mr Mihov.

The judge reserved her decision on the case.