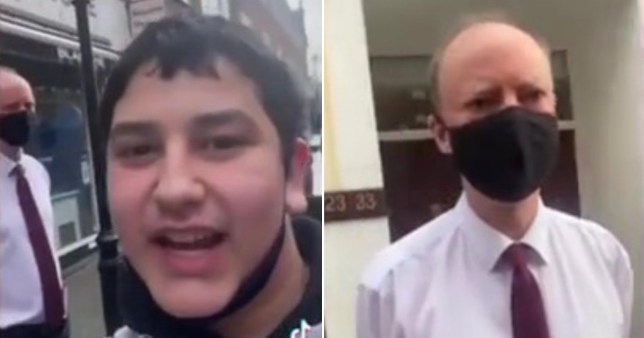 Video has emerged of England’s chief medical officer, Chris Whitty, being harangued in the street by a Covid-sceptic TikTokker.

Footage shows the camera-holder, who appears to be a male in his teens, follow Professor Whitty while repeatedly taunting him.

The teen can be heard to say: ‘Oi big man, what you saying? You’re a liar, you’re a liar.

Prof Whitty, 54, appears to respond to his harasser by putting on a face mask and waiting silently until he gave up.

The footage was shot at the Strutton Ground market in Westminster at an unknown date.

It was originally uploaded on TikTok but was shared on Twitter by Tory MP Matt Vickers, who condemned the treatment of Prof Whitty.

He said: ‘This is appalling, I really can’t believe this footage.

‘Chris Whitty is doing all he can to help guide us through this crisis and should never be subjected to this abuse.’

In a statement the MP later added: ‘The chief medical officer is working day in and day out to help guide our nation through this unprecedented crisis and I think all of us, no matter your political affiliation can agree the man is doing his absolute best.”

‘As the clouds of this pandemic continue to part, I think those like Prof Chris Whitty will be seen as heroes who stepped up, did their job and led us through the darkest of hours.

‘As for the young man in the video, the less said the better. Perhaps he should be made to volunteer on a Covid ward. Perhaps then he will feel a pinch of shame and embarrassment for his dangerous conspiracies and yobbish behaviour.’ 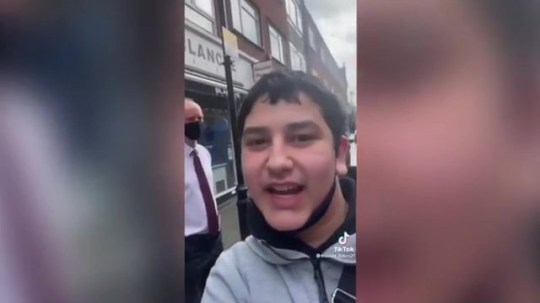 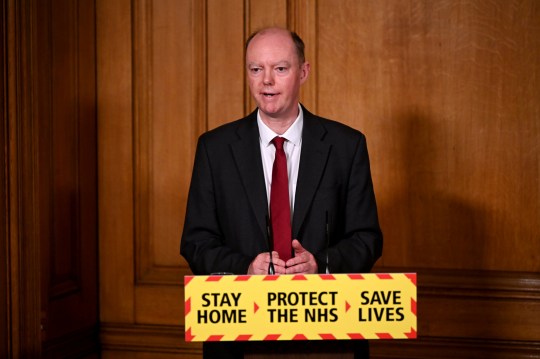 Prof Whitty was praised for working shifts as a doctor over Christmas 2020 (Picture: REUTERS)

Jack Summers, a Labour activist who shared Mr Vickers’ post, wrote: ‘Solidarity with Chris Whitty. Abusing and rejecting the views of experts is unacceptable and will cost lives.’

Prof Whitty has repeatedly appeared in Downing Street’s Covid press briefings, and last week announced that the current lockdown is ‘just about holding’ as a strategy to reduce infection rates.

He has continued to practise as a doctor since his appointment as CMO for England in 2018, and was praised for doing rounds at a North London hospital over Christmas, allowing other medics some time off.

For all the latest news and updates on Coronavirus, click here.