China carried out transplants on inmates who were still alive

China has one of the largest organ transplant programs in the world (Picture: Favre / EPA / REX / Shutterstock)

Surgeons in China have cut hearts from prisoners who were still alive, new research has claimed.

Human rights campaigners have described the news as ‘almost too dreadful to believe’.

The communist state has one of the largest organ transplant programs in the world.

Hospitals even advertise in English, Russian and Arabic in a bid to attract ‘transplant tourists’.

It is currently legal in China to harvest organs from executed prisoners.

But researchers from the Australian National University now claim surgeons have carried out unethical heart transplants on prisoners who were still alive.

Their hearts were cut from their chests before they were brain dead – the usual requirement for such an operation.

Chinese officials say the inmates were brain dead before the surgeries, but researchers have deemed this impossible.

The main way to determine brain death is by seeing if the patient can breathe without the use of a ventilator. 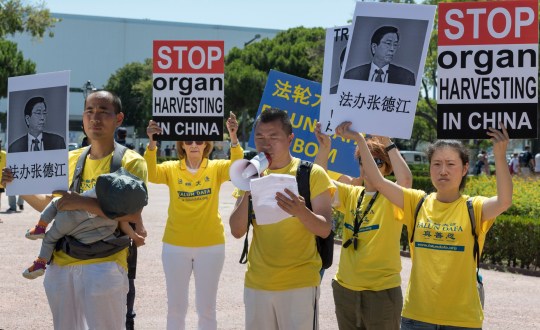 Protests have previously been held in a bid to ban unethical organ harvesting in China (Picture: Corbis News) 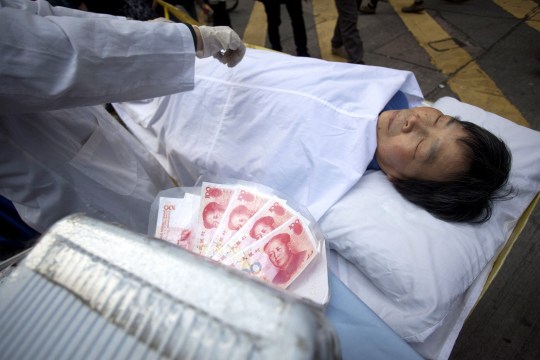 And in China’s controversial transplant cases, the declaration of death has been made before the prisoner’s breathing ability was even assessed with the machine.

The study’s authors – Matthew Robertson and Jacob Lavee – said their research shows ‘how the process of executions appears to have transitioned from a firing squad in a field to the operating room’.

The experts poured over thousands of medical papers before their findings were unearthed in the American Journal of Transplantation.

Dr Lavee told the Daily Mail: ‘There were several other problematic features of these clinical case reports. For instance, the donors did not have intravenous lines established until moments before surgery, and several papers referred to acute brain death.

‘This evidence suggests that the donors’ organs were procured before they could have been properly diagnosed as brain dead.’

The research revolved around 124,770 medical papers from official Chinese databases between 1980 and 2020.

But they fear the true number of unethical surgical deaths is much higher.

Mr Robertson said: ‘We found that the physicians became the executioners on behalf of the state, and that the method of execution was heart removal.

‘These surgeries are highly profitable for the doctors and hospitals that engage in them.’ 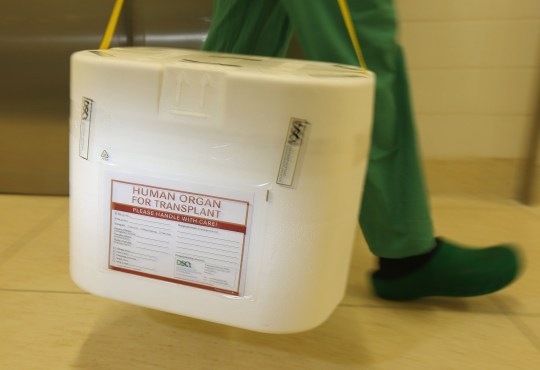 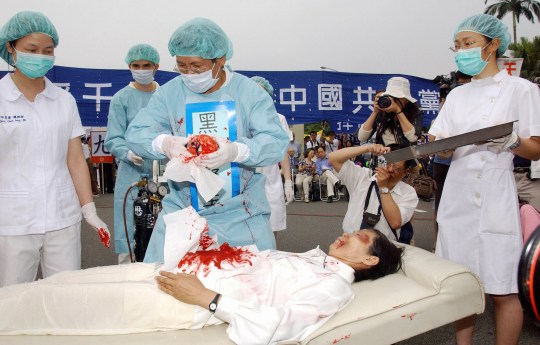 A rally was previously held in Taiwan against organ harvesting from Falun Gong members (Picture: AFP)

The study states: ‘The leader of China’s transplant sector wrote in 2007 that effectively 95% of all organ transplants were from prisoners.

‘Presumably this includes both death row prisoners and prisoners of conscience. The question remains as to how they were executed, and the role of transplant surgeons and other medical workers in that process.

‘Our concern is whether the transplant surgeons establish first that the prisoners are dead before procuring their hearts and lungs.’

In countries such as the UK and America, waiting times for transplants are measured in months or even years. In China, it’s a period of just a few weeks.

The medical core value of ‘do no harm’ is integral to organ transplants across the wider world. 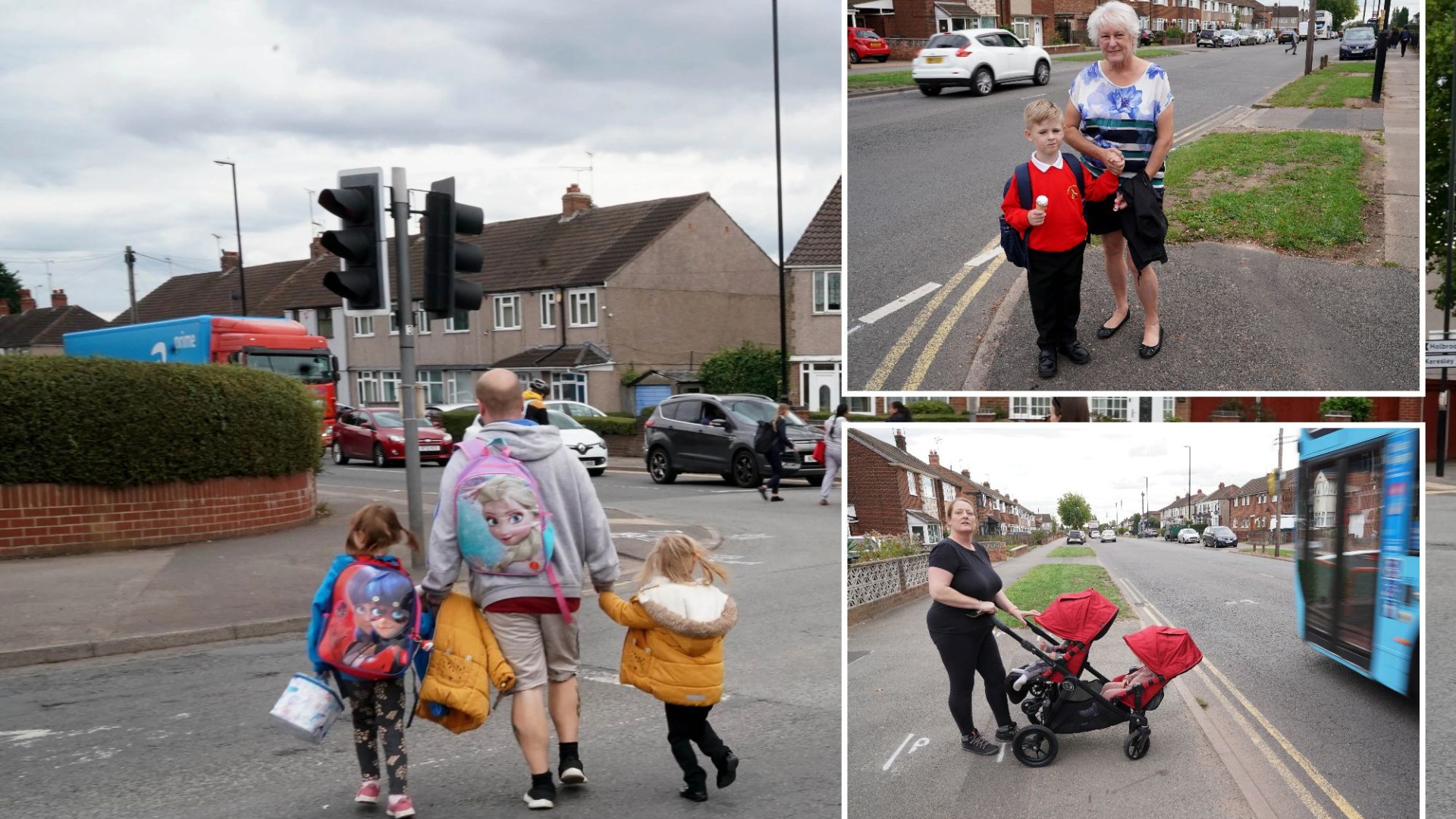 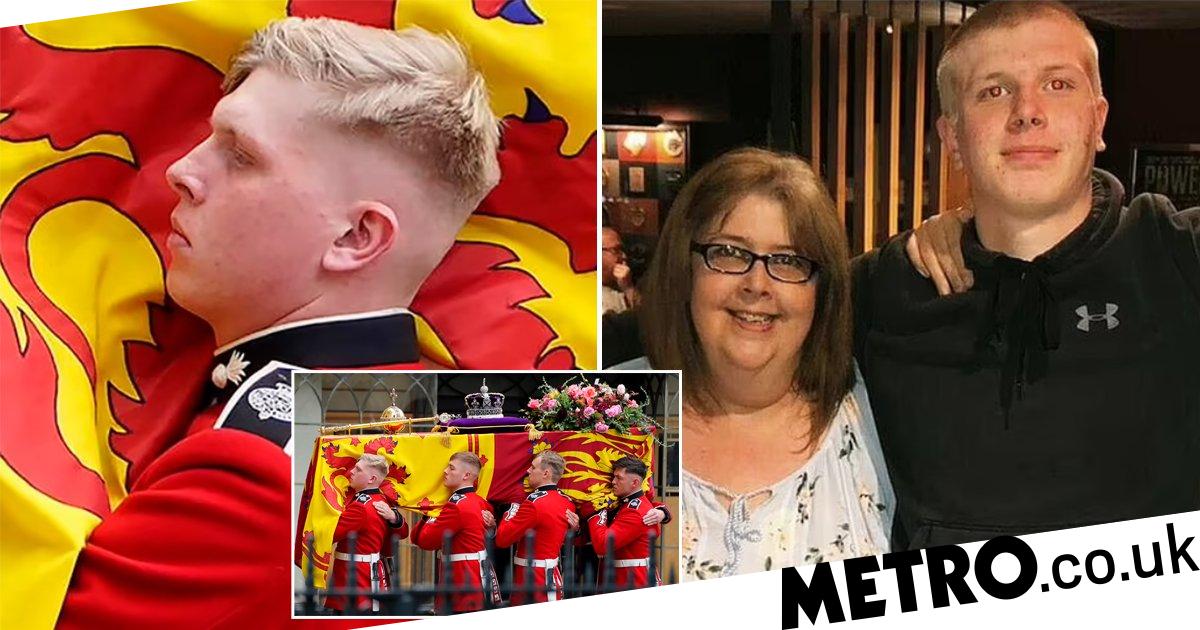 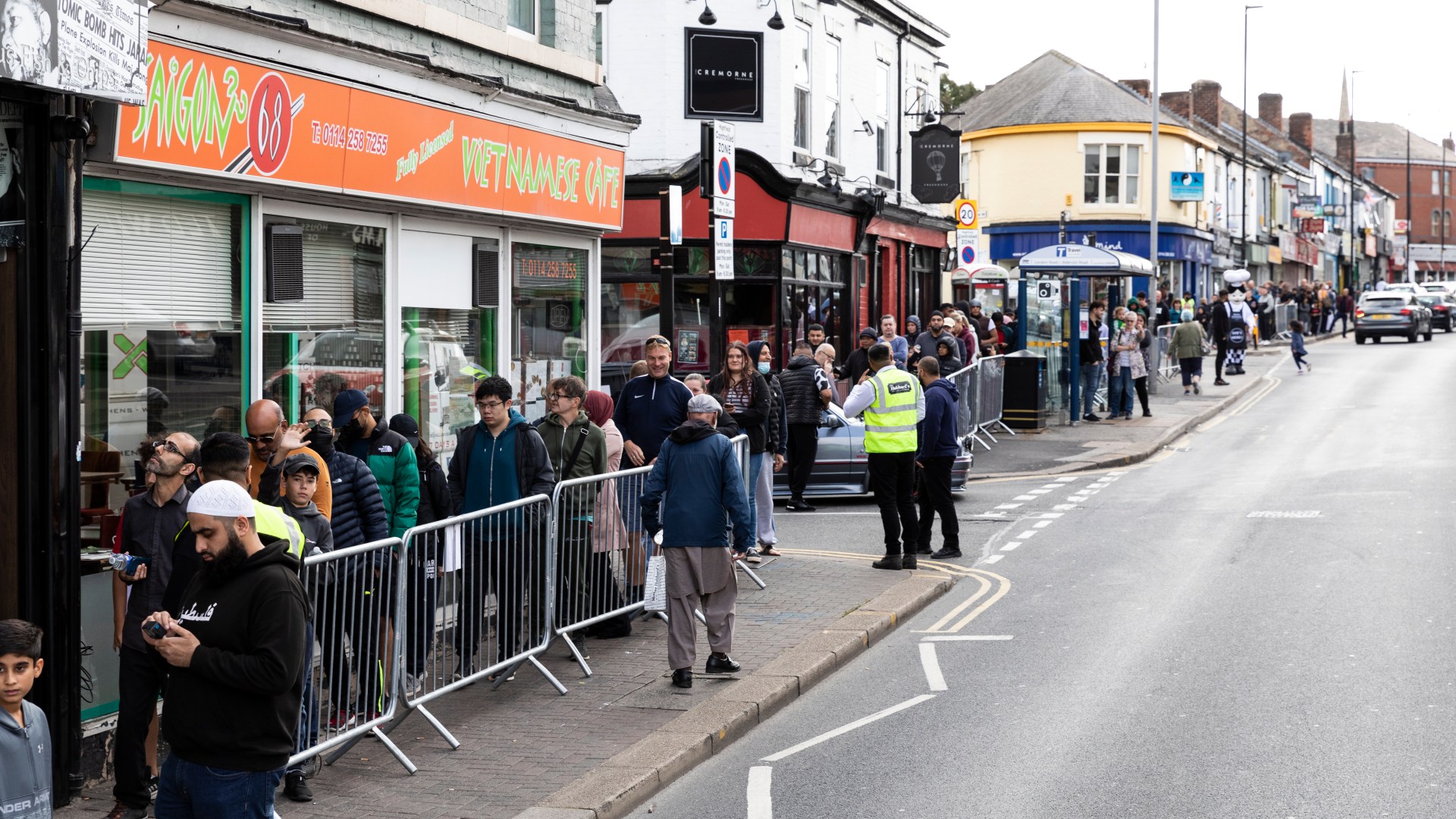 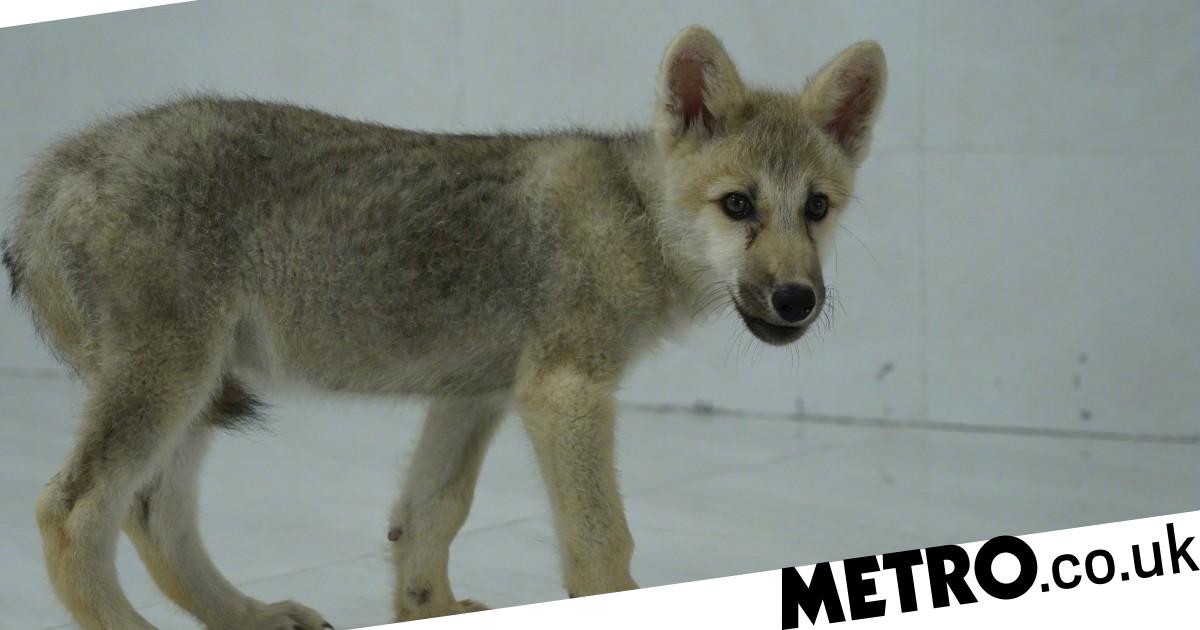 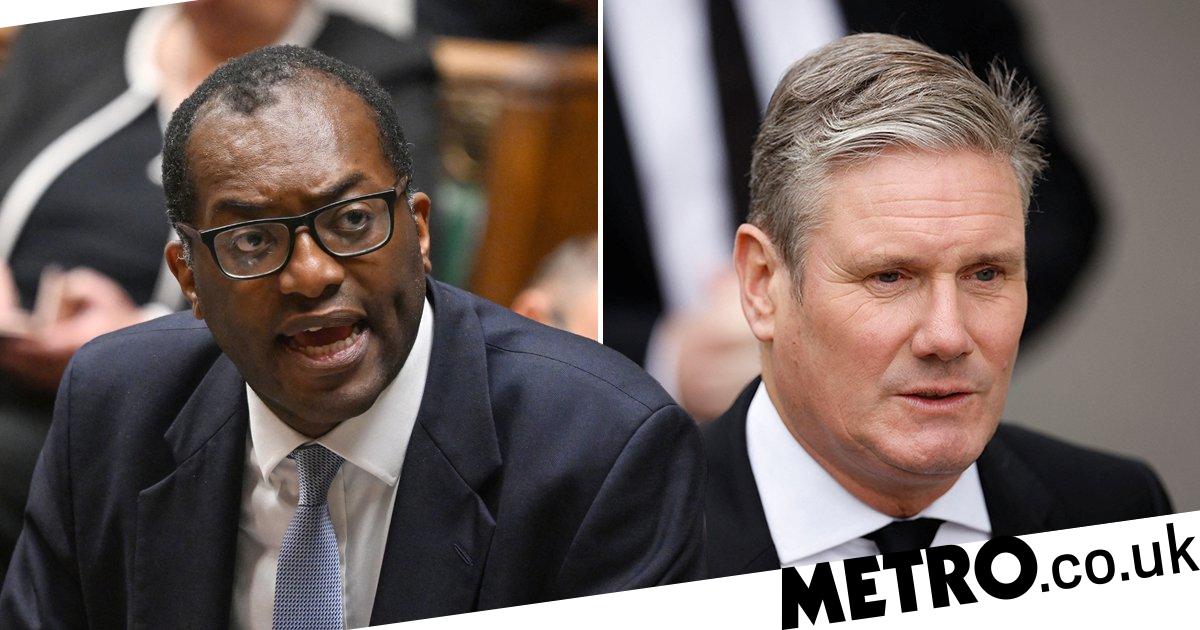 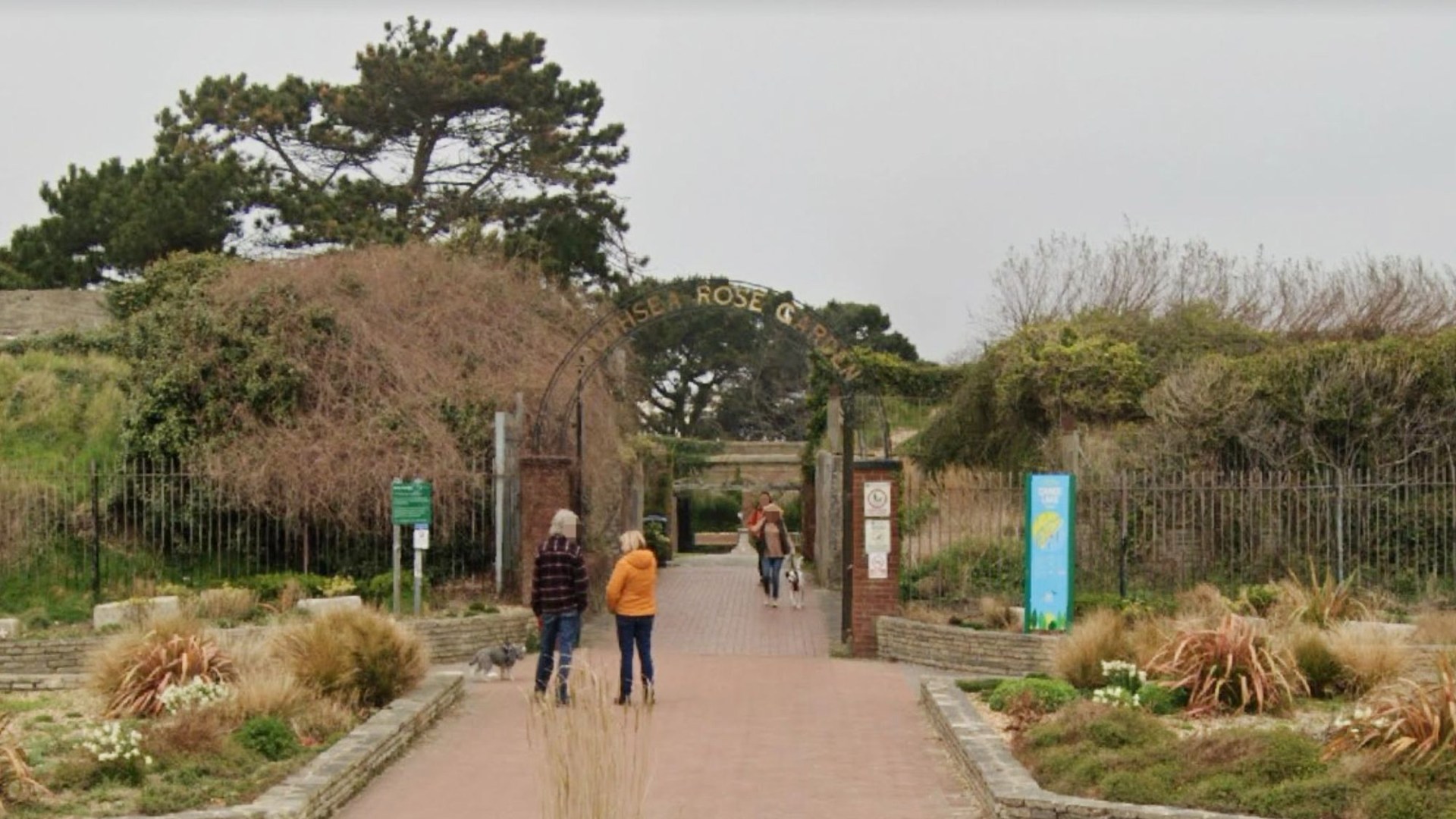 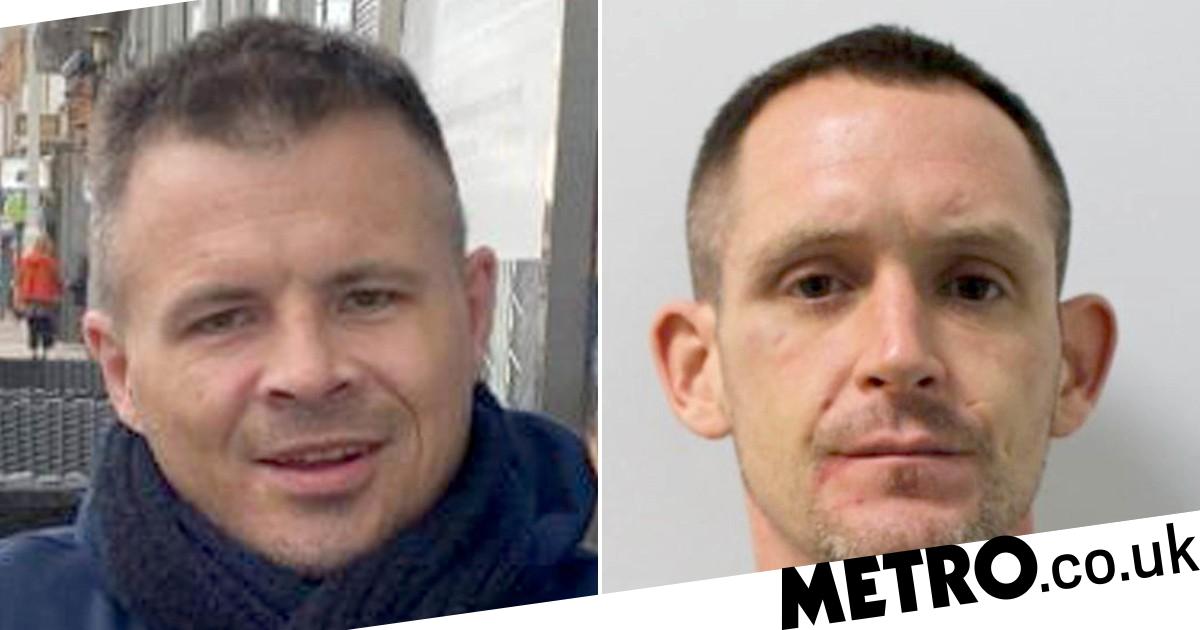 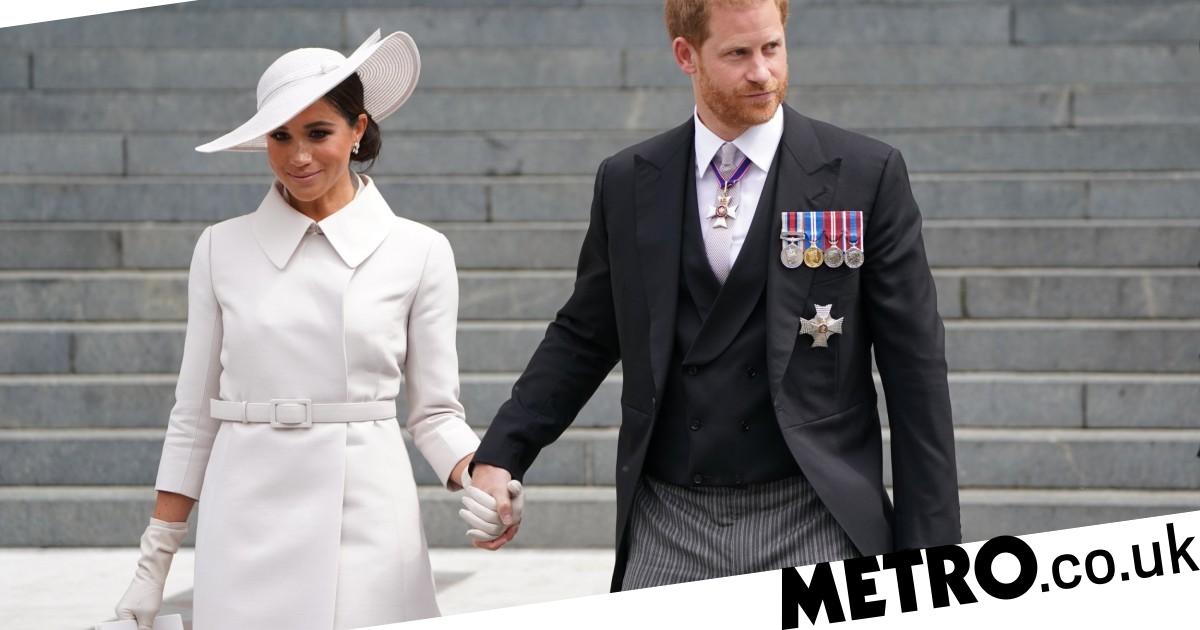