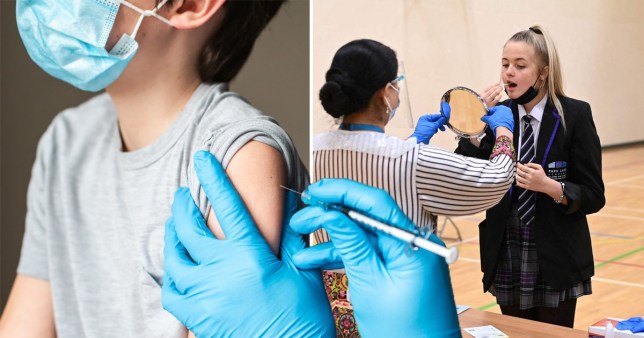 Parents are expected to have the final say on their children getting the jab (Picture: Shutterstock/Getty)

Children could receive the Covid jab as early as August under plans to achieve maximum immunity, sources have revealed.

Up to 11million under-18 could be given the vaccine by the start of the autumn term – months earlier than expected.

Before the plan, leaked to the Telegraph, goes ahead, the Government is waiting for the results of an Oxford University child vaccine study, with conclusions expected in June or July.

Israel is the first country to give the jab to under-18s after the health ministry decided it was safe for 16 and 17-year-olds to have them.

The idea behind the Downing Street plan is to minimise the spread of Covid-19 as much as possible, but critics will point out that the virus poses a minimal risk to children.

If the current rate of three million first doses a week is sustained in August, then the majority of the 11 million school aged children could be vaccinated ahead of the autumn term, according to the Telegraph. 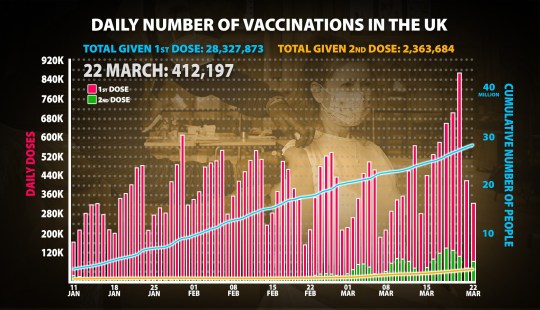 More than 28million first doses of the vaccine have been administered (Picture: Metro.co.uk)

He added: ‘While clinical trials are under way to test the efficacy and safety of Covid-19 vaccines in children and young adults, these trials have not concluded yet.

‘We will be guided by the advice of our experts on these issues, including the independent joint committee on vaccines and immunisation.’

The Oxford child vaccine trial involves 300 children aged six to 17 who are being given the AstraZeneca jab.

It is thought there will be some exemptions if the plan to vaccinate under-18s does go ahead and parents are expected to have the final say. 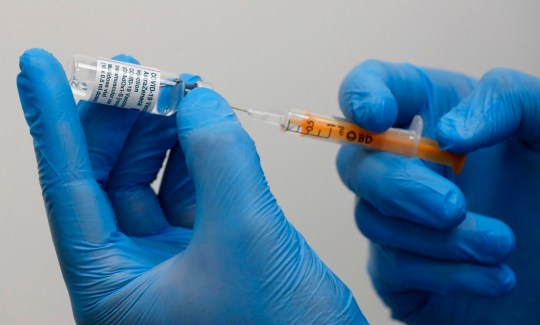 Professor Adam Finn, a paediatrician on the government’s jabs committee, pointed out that children constitute around a quarter of the population, a significant portion when it comes to maximising immunity.

He added: ‘I’m not sure that eradication makes sense in a globalised economy for one country alone.’

Vaccine makers Pfizer and Moderna are also carrying out their own clinical trials currently with children.

Pfizer has enrolled more than 2,000 children aged between 12 and 15 for a trial that was announced in October, According to the British Medical Journal.

In December last year Moderna announced that it would be testing its vaccine in 3,000 young people aged between 12 and 17.