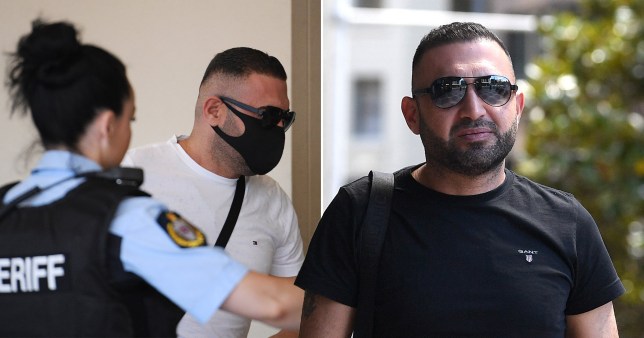 Ricardo Audish was caught out lying to the court three times during his trial (Pictures: AAP)

A pizza chef raped a drugged teenager and then claimed his victim lifted her skirt because she wanted to have sex with him.

Ricardo Audish, 41, was found guilty of raping an 18-year-old girl against a stack of chairs at the back of his restaurant in Sydney, Australia. The victim was then allegedly passed around to several teenage boys.

Audish was found to be lying to the court multiple times during his trial.

Before the assault, the woman had consented to sex with her boyfriend in the pizzeria’s toilet.

Once they were finished, the boyfriend told her ‘the other boys want to have sex with you now’ and she replied ‘hell no’, the District Court of New South Wales heard.

Then another boy entered the bathroom and offered the victim a bong which she assumed was cannabis.

The prosecution told the court that the woman had smoked cannabis before and it made her feel ‘calm’.

But this time, on October 15 in 2016, she said she felt dizzy and kept falling in and out of consciousness, The Sydney Morning Herald reported.

This is when Audish and the boys ‘took turns’ assaulting her, the court heard. 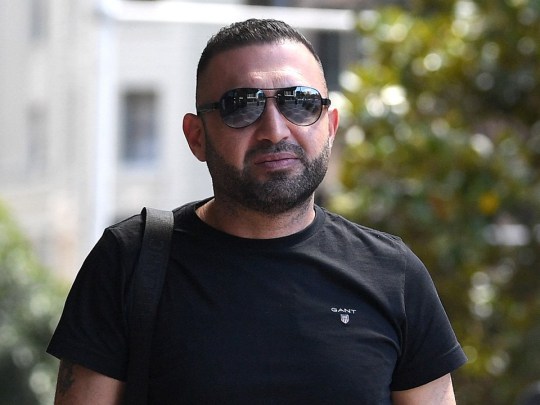 After DNA evidence proved that Audish did have intercourse the victim, he claimed that she wanted to have sex with him (Picture: AAP)

After the horrific rape, the victim was found disorientated and struggling to speak so a member of the public called an ambulance.

A paramedic told the court that she had to ‘hug a pole’ to hold herself up and looked like she had been ‘spiked’.

The defence said there was no evidence the victim had smoked anything other than cannabis.

During the trial Audish was exposed for lying three times.

At first he had said he was not at the restaurant at the time of the assault. But a co-worker told police that Audish was there and had tried to convince his colleague to lie for him.

Then Audish admitted being at the restaurant but denied having intercourse with the victim. DNA evidence of his semen showed that this was not true. 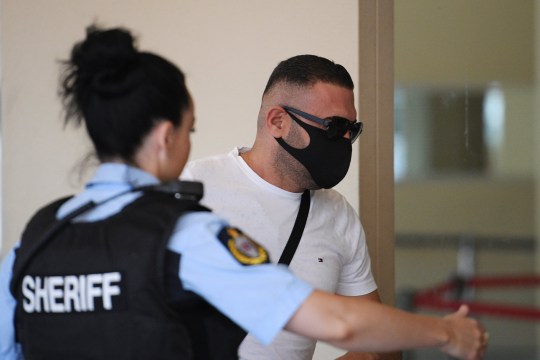 Eventually the rapist told the court that the woman had consented to sex with him. His defence claimed he lied about this because he was married, and did not want his wife to know that he had been unfaithful.

Audish told the court that the victim ‘lifted her skirt’ and ‘took her undies off’ but the prosecution said she had been wearing shorts.

He responded that ‘she was wearing something tight’ and ‘no one remembers these things’.

The prosecution said Audish’s account of the assault was ‘completely unbelievable’ because he had to keep making up lies as new evidence came out.

Audish was found guilty of three counts of aggravated sexual assault in company.

His lawyer, Eugene Wasilenia, argued that Audish should be allowed bail because he is due to have heart surgery, without which he ‘is likely to be deceased’ before serving his time.

Once the court had adjourned, Audish slammed the bench in front of him and said:  ‘F**k the law, f**k everyone here man.’

His wife shouted at the prosecution: ‘You will never be happy in your life’ and ‘you f***ed my life’ with this ‘bulls**t case’.

How to record phone calls on iPhone – the best methods revealed