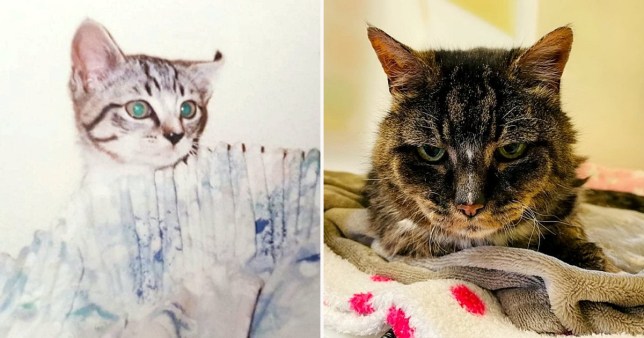 A Cheshire cat that had been missing for 20 years spent the final two days of her life with her long-lost owner after the pair were finally reunited.

Phoebe had been found seven miles away from the home where she disappeared aged two but was very poorly.

The tabby had vanished from Christine Ball’s home in Nantwich in 2001 before the RSPCA tracked her down last Friday.

Christine, now 59, had given up hope of seeing Phoebe again after posting leaflets around her local area and knocking on neighbours’ doors in vain two decades ago.

She was shocked to get a phone call from the RSPCA to tell her Phoebe had been found over two decades later.

A woman had discovered the cat alone in a field in Bridgemere and took the elderly animal to the RSPCA’s Stapeley Grange Animal Centre.

Staff at the centre found that Phoebe was microchipped and were surprised to find she had actually been adopted from Stapeley when she was a kitten. 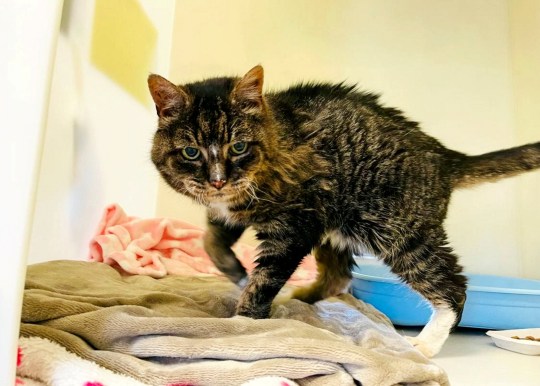 Phoebe was very poorly when she was found (Picture: SWNS)

They were also able to trace owner Christine and were amazed to find she was 22-years-old and had gone missing so long ago.

But Phoebe was cold, wet and in a sorry state when she was discovered.

She was having fits and had a brain tumour, so the vet decided the kindest thing to do was to put her down.

Phoebe did get to spend two days at her home where she was given plenty of love and comforted in her hour of need by her original owner.

Christine said she was grateful that the animal welfare charity were able to trace her in time to say goodbye to her beloved pet. 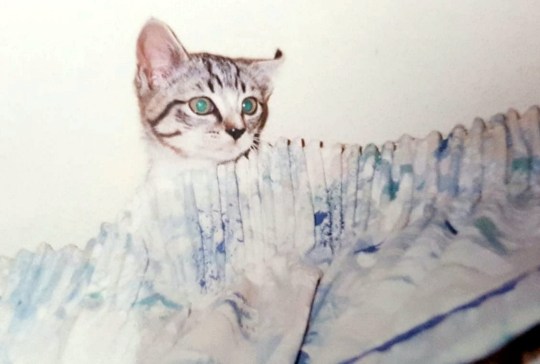 Phoebe as a kitten (Picture: SWNS) 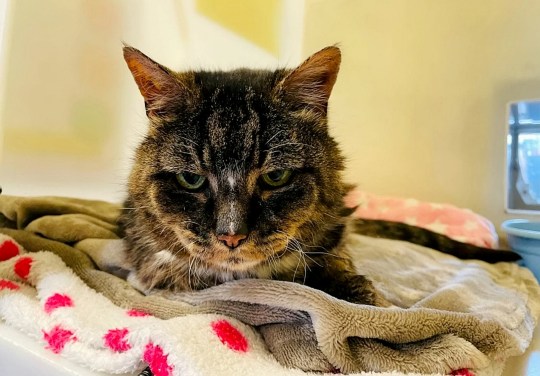 She was reunited with her owner for her last two days (Picture: SWNS)

Christine said: ‘We were absolutely gobsmacked when we got a phone call.

‘She went missing when she was aged just two – and we think someone probably took her and she somehow got lost – because she always stayed close to home and didn’t venture far.

‘We went looking for her with neighbours and posted leaflets all those years ago but to no avail.’

Christine added: ‘The vet said she wouldn’t have survived 20 years as a stray and we think someone probably took her in and cared for her as their pet.

‘We are not sure why she would have ended up a stray so late on in life but perhaps her owner was taken into care – who knows in these strange times?

‘We would love to know who did care for her just to find out about her life after she left us.

‘It was sad that we found her and so soon afterwards we had to let her go – but it was nice to have some time with her especially as she really needed comforting during her hour of need.’

She said the final goodbye ‘brought some closure’ and she was grateful Phoebe lived so long.

The story is highly unusual, with many cats not even living to 20, let alone being reunited with their owners after so long.

It is a legal requirement to have dogs microchipped but it is not against the law to leave other pets, such as cats and rabbits, without a chip.

Police should ‘think very carefully’ before taking the knee at protests, report finds


Thousands of pets are lost every year and many are never reunited with their owners.

Lee Stewart, manager at Stapeley Grange Animal Centre said: ‘This highlights why microchipping your pet is so important and it is vitally important to tell the chip company yourself if any contact details change.

‘We have reunited cats which have been missing for a few years but I have never come across a cat missing from home for 20 years.

‘It is quite amazing – as well as the fact she lived to the age of 22.

‘The circumstances were sad but at least she was with those who really cared for her at the end of her life.’