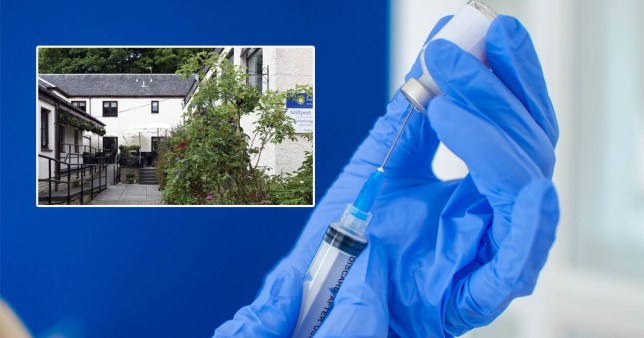 The care home resident has mental health issues and is believed to be in her 50s (Picture: Centre/Getty)

A care home resident was reportedly ‘held down and vaccinated against her will’ on a Scottish island.

Two staff members have since been suspended at the venue, which has been warned that it faces losing its registration if care does not improve, according to The Daily Record.

A whistleblower at the Isle of Cumbrae home said that she witnessed three workers pin a woman down, while a fourth told a nurse to give her a Covid jab through her clothes. But the home has denied the allegations.

The woman has mental health issues and is believed to be in her 50s but it is not clear exactly when the incident took place.

Sanctuary Care Limited, which runs the Millport Care Centre has apologised and claims it has taken immediate steps to improve.

But it disputed the account of the incident, telling Metro.co.uk: ‘We strongly refute the allegations made and are confident that our staff appropriately supported an NHS nurse as they recently administered a second dose of a Covid vaccine to a resident at this home.’

It comes after the Care Inspectorate warned that it will cancel the home’s registration unless changes are made. 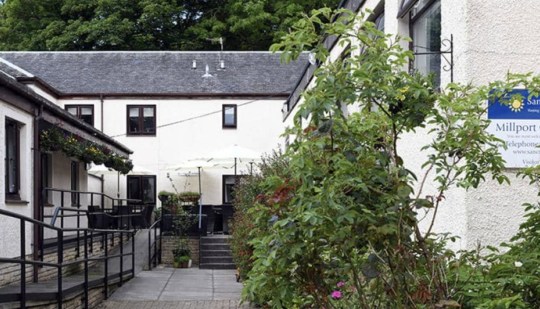 The home is run by Sanctuary Care Limited on the Isle of Cumbrae (Picture: Millport Care Centre)

27 adults with learning or physical disabilities are believed to be at the home.

But the insider told the Record that the incident is just the ‘tip of the iceberg’.

They said: ‘It is horrendous what is going on just now.

‘The door was open so people walking past saw what was going on. The nurse said she wasn’t comfortable injecting her like that but she was told, “Just hurry up and do it”. I think she was a bit intimidated.’

The source also alleged there was ‘systematic’ physical and verbal abuse of residents and bullying of staff.


She added: ‘I am so worried about what is going on. I am worried it will be hushed up.’

A Care Inspectorate spokesperson told the Record: ‘We are aware of concerns raised.

‘We recently inspected the service and issued an improvement notice on April 2 that details areas of care that need to improve.’

In a report for the Scottish Government on recent inspections, the organisation said it held an unannounced inspection at the home on March 24 and 26.

Outlining ‘significant concerns’, it said: ‘This related to the management of stress or distress and incidents that were not reported appropriately, including concern about staff conduct.’

In a letter sent to Sanctuary Care, the Inspectorate warned: ‘The Care Inspectorate hereby gives you notice that unless there is a significant improvement in provision of the service, it intends to make a proposal to cancel your registration.’

A spokesperson for Sanctuary Care said: ‘We are working closely with North Ayrshire Health and Social Care Partnership to make the improvements required in this home based on the findings of a recent Care Inspectorate report and can reassure the families of our residents that we are committed to providing their loved ones with the high quality care they deserve.’

NHS Ayrshire & Arran – thought to be the nurse’s employer – said the nurse did not work for the island’s local hospital and added: ‘It would be inappropriate for us to comment any further at this time.’