Cancer scientists aim to double survival rate within a decade 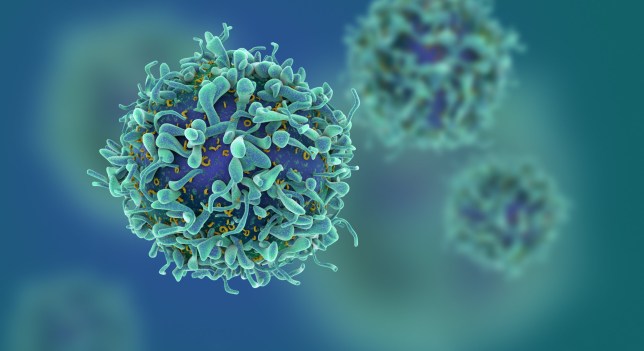 A 3D illustration of a cancer cell (Credit: Shutterstock)

Scientists believe they could double the survival of people with advanced cancer within a decade.

Cancer scientists are increasingly gaining knowledge about what they describe as the ‘cancer ecosystem’.

This is the complex system which allows cancer cells to thrive and is made up of cancer cells, the immune system and those molecules, cells and structures that surround tumours and help them grow.

Experts from the ICR and Royal Marsden believe by using several methods of attack they can make great strides in areas such as destroying cancer cells, boosting the body’s ability to fight cancer itself and cutting off the ways healthy cells are tricked into helping cancer survive.

In one development, they hope to break the ability of cancer cells to instruct other cells in the body to come and support tumours.

For example, cancer cells currently send signals to areas such as the bone marrow to tell ‘slave cells’ to make a ‘nest’ in other parts of the body for cancer cells to set up home.

Further areas of development include combining existing treatments for better effect and using immunotherapy to help the body’s own immune system fight cancer.

Kevin Harrington, professor of biological cancer therapeutics at the ICR and consultant at the Royal Marsden, told a briefing: ‘We recognise the fact that a lump of cancer in a patient is far more than simply a ball of cancer cells.

‘It is a complex ecosystem and there are elements within that ecosystem that lend themselves to more advanced forms of targeting that will present for us a huge number of opportunities to cure more patients and to do so with fewer side-effects.’

He said experts were already learning how they might use drugs that do not kill cancer directly, but which ‘instead talk to the immune system, increasing the function of those cells that are capable of attacking cancer cells and blunting or downregulating the functions of cells which naturally tend to protect the cancer cells’.

He said this shifts ‘the balance within the ecosystem of the cancer towards an environment that is more conducive to the anti-cancer effects of our standard therapies and of new therapies that we will develop’.

One avenue of research is to use genetically modified viruses to ‘target cancer cells and also to talk to the microenvironment, the ecosystem in which cancer finds itself, in order to drive a signal to reject the cancer and to kill those cancer cells,’ Prof Harrington said.

Researchers will also expand studies looking at the microscopic fragments of cancer shed into the bloodstream with the aim of catching the disease in its earliest stages and to help inform treatment. 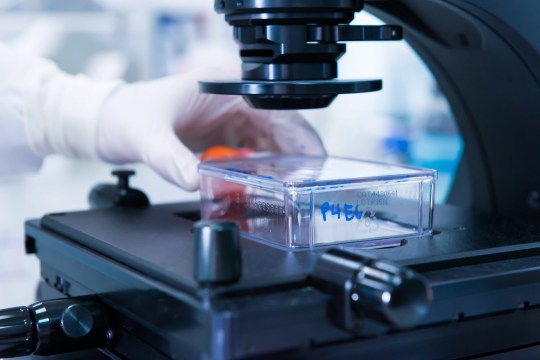 Cancer scientists now understand more about the ‘ecosystem’ of the disease (Credit: Getty)

Dr Olivia Rossanese, director of cancer drug discovery at the ICR, said: ‘Newer, more personalised treatments are helping people with cancer to live well for longer, but some types of the disease remain very difficult to treat, and once cancer has spread it is still often incurable.

‘We plan to open up completely new lines of attack against cancer, so we can overcome cancer’s deadly ability to evolve and become resistant to treatment.

‘We want to discover better targets within tumours and the wider ecosystem that we can attack with drugs.

‘Research has been a driver for remarkable improvements in treatments in recent decades, but we believe we can go even further and eradicate some cancers by targeting the ecosystems required for their growth or tipping the balance in favour of the immune system.’

Scientists hope to employ artificial intelligence (AI) to design new ways to combine drugs or cleverly adjust their dosing to cut off or slow down cancer growth.

They also hope to reveal more about how different types of cells within a tumour team up and work together – potentially opening up new targets for treatment.
Prof Harrington said: ‘Immunotherapy has begun to revolutionise treatment for some cancer patients – we’re even starting to see cures in people with advanced disease who, until recently, were destined to die of their cancers.

‘But unfortunately, immunotherapy doesn’t work for all patients or all cancer types, and we need to do much better both at predicting whether it will work and increasing the effectiveness of treatment.

‘We believe that there are huge opportunities to use combinations of immunotherapy and other treatments like radiotherapy to disrupt cancer’s ecosystem.

Meet Argentina’s incredible Wags, including a famous singer, stunning showgirl and a fitness and lifestyle beauty