A woman has died after she was allegedly raped and murdered in Greater Manchester last night.

Police said three men have been arrested after the woman, 36, died in hospital after being taken in by ambulance.

The hospital contacted officers at around 6.15pm to report her death.

The men, aged 32, 52, and 61, were arrested on Gorse Bank Road and Rutland Drive in Bury on suspicion of murder and rape.

Detectives are trying to work out ‘the circumstances around the death and how she came to lose her life’, with a crime scene remaining in place.

A post mortem was due to take place today.

Detective Superintendent Kate Atton, from Greater Manchester Police, said: ‘I have no doubt that the community are shocked and are worried to hear the news about this incident but I would like to reassure them that we have a dedicated team of detectives investigating and following up various lines of enquiry to establish the circumstances around this lady’s death. 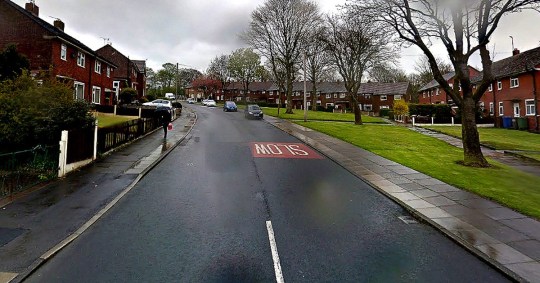 Three men were arrested in Bury on suspicion of rape and murder (Picture: Google Maps)

‘High visibility patrols and local officers will be in the area and available to speak to anyone concerned and we will release more information as soon as we are able to.

‘We want to give the lady’s family the answers they deserve as they are understandably devastated at the loss and our thoughts remain with them. We’d ask anyone with information to come forward.

‘The team are following up enquiries and have been overnight since the report came into us but anyone who may have any information should contact us – even the smallest bit of information could prove vital.’

The incident has been referred to the Independent Office for Police Conduct due to previous police contact.