BRITS are “on track” to meet inside pubs and homes next month after making “positive progress” during lockdown.

Ministers are confident that restrictions can be eased further from May 17 as infections and hospitalisations continue to fall. 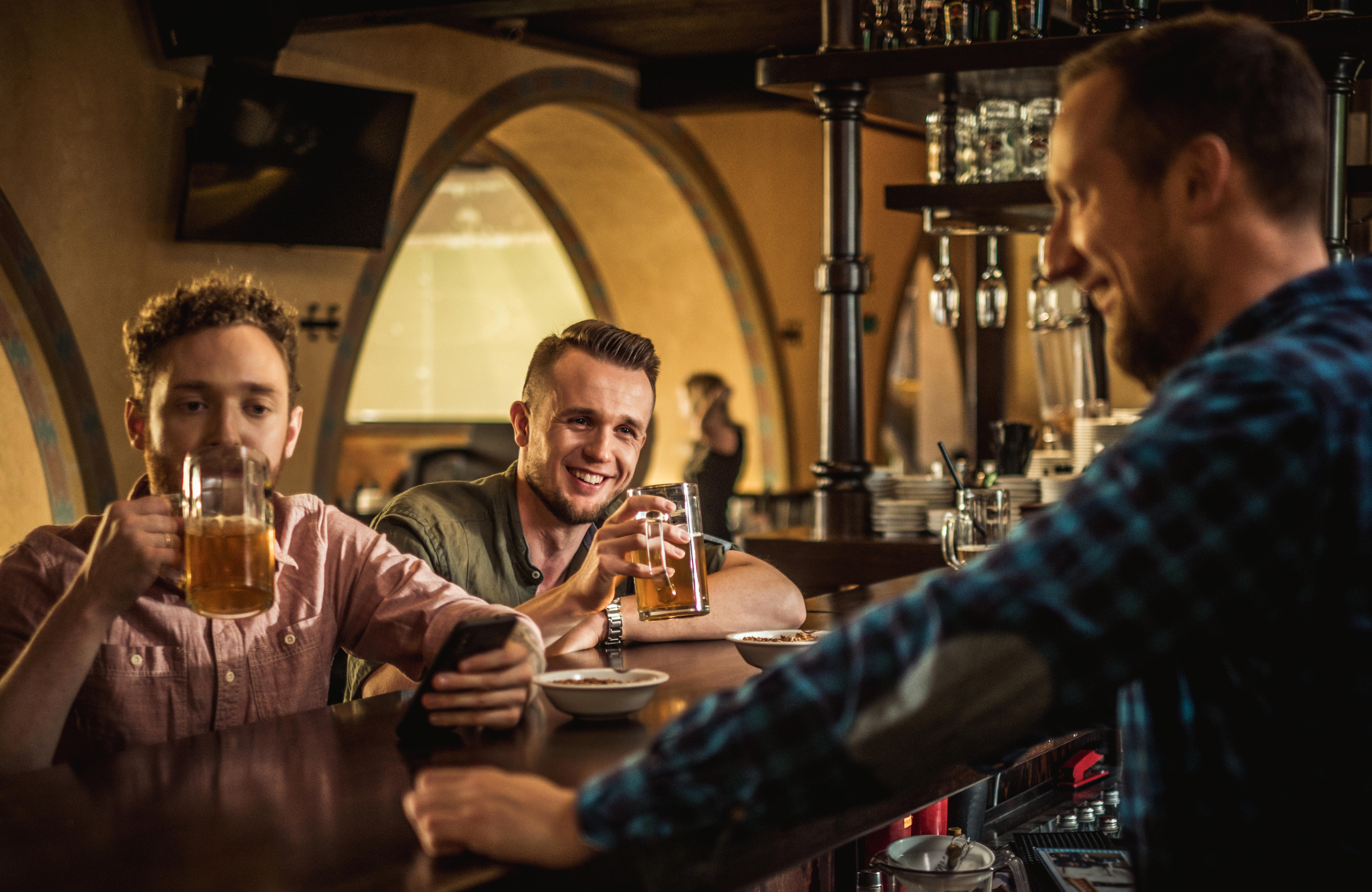 Brits can enjoy pints indoors from May 17 (Stock image)Credit: Alamy 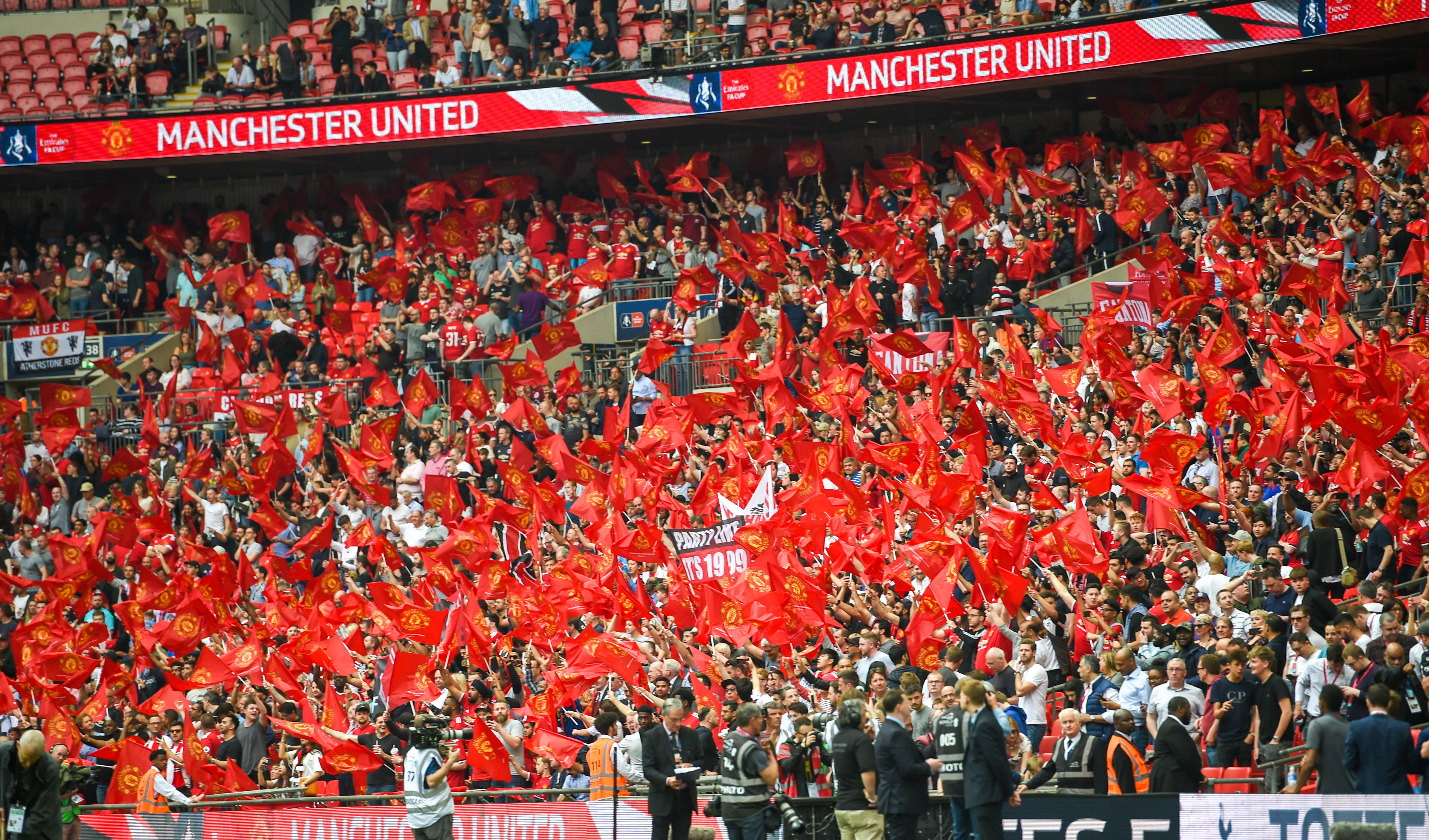 10,000 fans will also be allowed back in stadiums (Pictured is Manchester United supporters at Wembley for a clash against Tottenham Hotspur)Credit: Alamy

And from May 17, Brits will be able to meet inside – still following the rule of six or two households restriction. Hospitality venues will also be allowed to serve customers indoors.

Dr Susan Hopkins, chief medical adviser of NHS Test and Trace, told the BBC’s Andrew Marr show that the country had made “positive progress” during lockdown.

She said: “I think we’ve seen positive progress over the last month.

“Data from the Office for National Statistics (ONS) is always a week behind and restrictions were eased on April 12, so it will be the data in the next two to three weeks that will tell us how we’re progressing.

“Cases in the community are the lowest they’ve been since September last year, but once we ease restrictions and people move around again then transmission can occur.”

George Eustice, the environment secretary, today stressed that the vaccine rollout was “on track” with 60 per cent of adults now inoculated.

Asked by Andrew Marr whether the UK was on track for the reopening of all indoor hospitality on May 17, Mr Eustice said: “Well, it is too early to say.

“We have now vaccinated everybody over the age of 50 and this week they are offering vaccinations as well to those under the age of 50, starting with the 45 to 59-year-olds – so that bit is on track.”

May 17 will also see a chance for Brits to finally be able to head to some entertainment venues with cinemas and museums allowed to open their doors.

Theatre and concert performances – along with sports events – will also start to allow 1,000 people, or 50% of the venue’s capacity – whichever is lower – to start again.

Under the rule change in May, weddings, receptions, funerals, and commemorative events including wakes will also be able to go ahead with 30 people.

It is hoped that foreign travel could resume from May 17 – but ministers have not yet laid out a clear plan.

Meanwhile, following the opening of gyms on April 12, adults will be able to once again join group sports and exercise classes inside.

And Brits might even be able to hug in the next few months.

In February, Health Secretary Matt Hancock said Brits should be able to embrace grandparents and friends who have been jabbed by May 17.

Boris Johnson’s roadmap warns Brits to maintain social distancing in steps 1 and 2 of easing lockdown – but that they may be allowed to make their own decisions on hugging friends and family under step 3.

In the roadmap, Brits are told: “It will remain important for people to consider the risks for themselves, taking into account whether they and those they meet have been vaccinated or are at greater risk.”

This means that someone who has been vaccinated might make the decision that they are comfortable hugging a pal who has also already been jabbed. 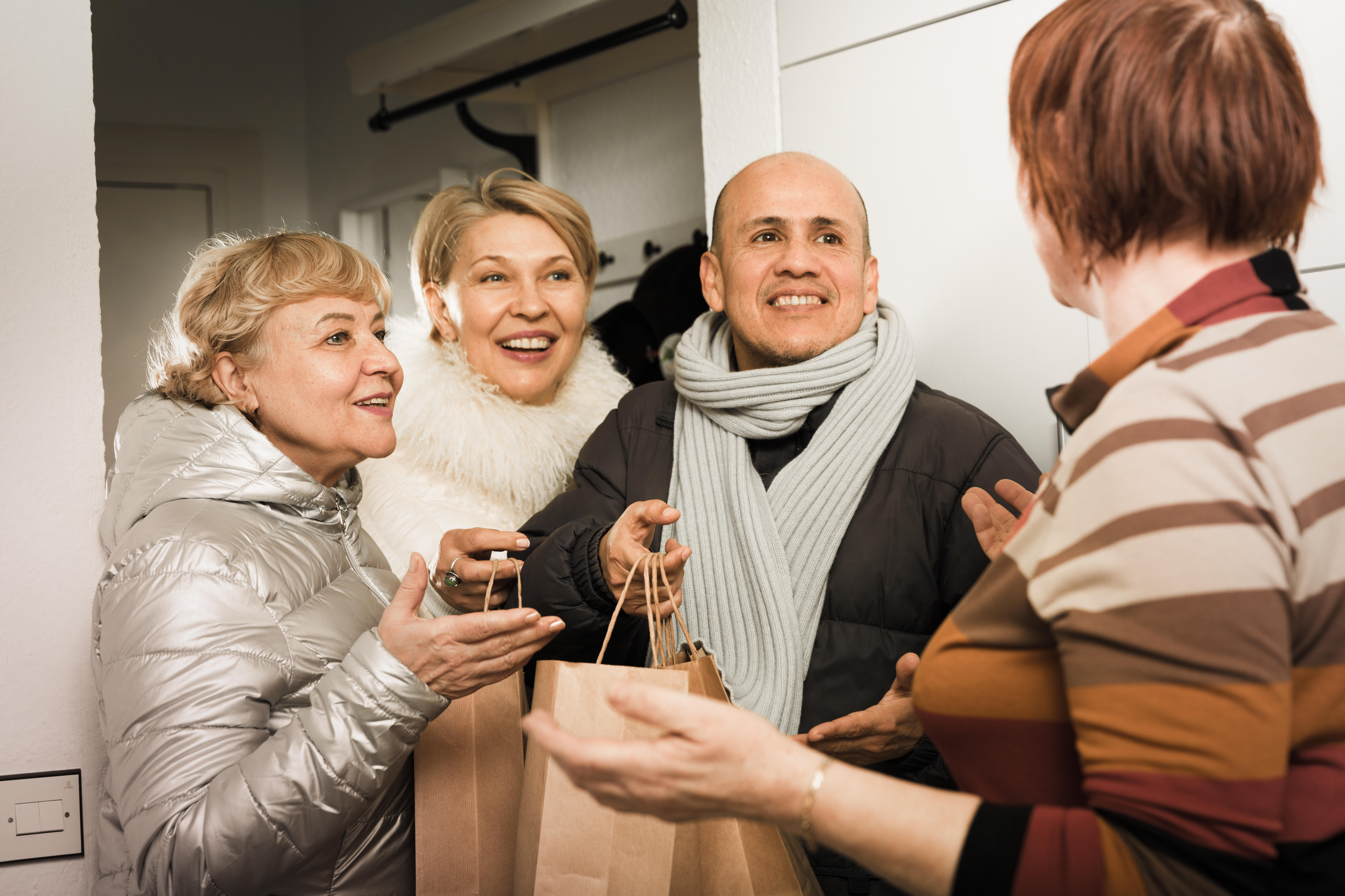 Brits have been told they will be able to mix indoors from May 17 while following the rule of sixCredit: Alamy 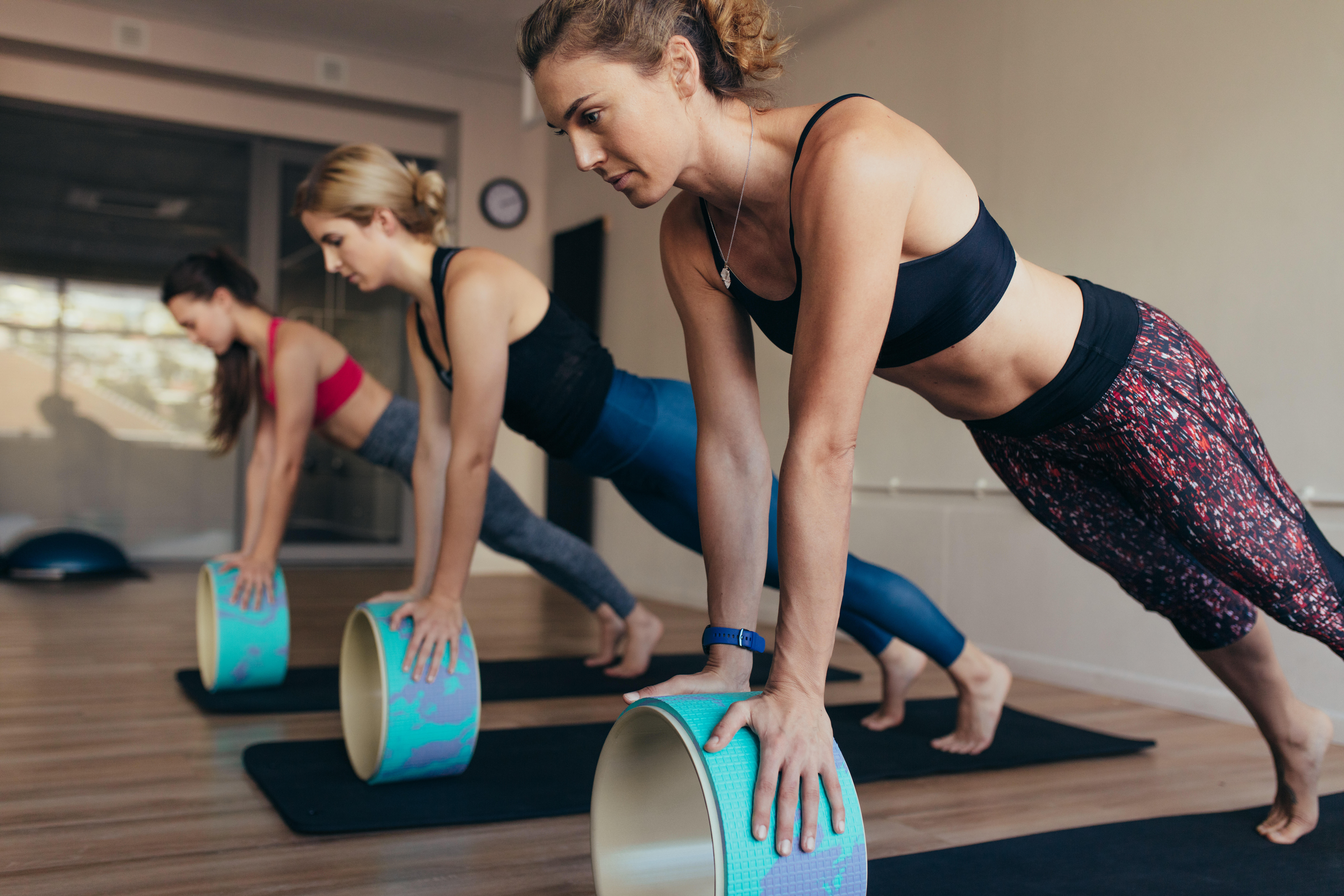 Indoor exercise classes will also be able to start up againCredit: Alamy

A review will also be conducted to determine whether social distancing measures will continue.

The government’s information on its website states: “Finally, before Step 4 begins, the government will complete a review of social distancing and other long-term measures that have been put in place to cut transmission.

“This will inform decisions on the timing and circumstances under which the rules on 1 metre plus, the wearing of face coverings and other measures may be lifted.”

The review will also inform guidance on working from home – and Brits could be heading back to the office should infections remain stable.

Pilot tests will also be run to figure out just how such large events will be able to take place, potentially using testing instead of social distancing.

Fans will today be welcomed back to Wembley Stadium for the FA Cup semi-final as part of a government programme to assess the safety of large events.

Around 4,000 fans will be present for Southampton’s clash against Leicester City, with all attendees having to present a negative Covid test before entering the stadium.

After the event, fans will also need to take a PCR swab test. 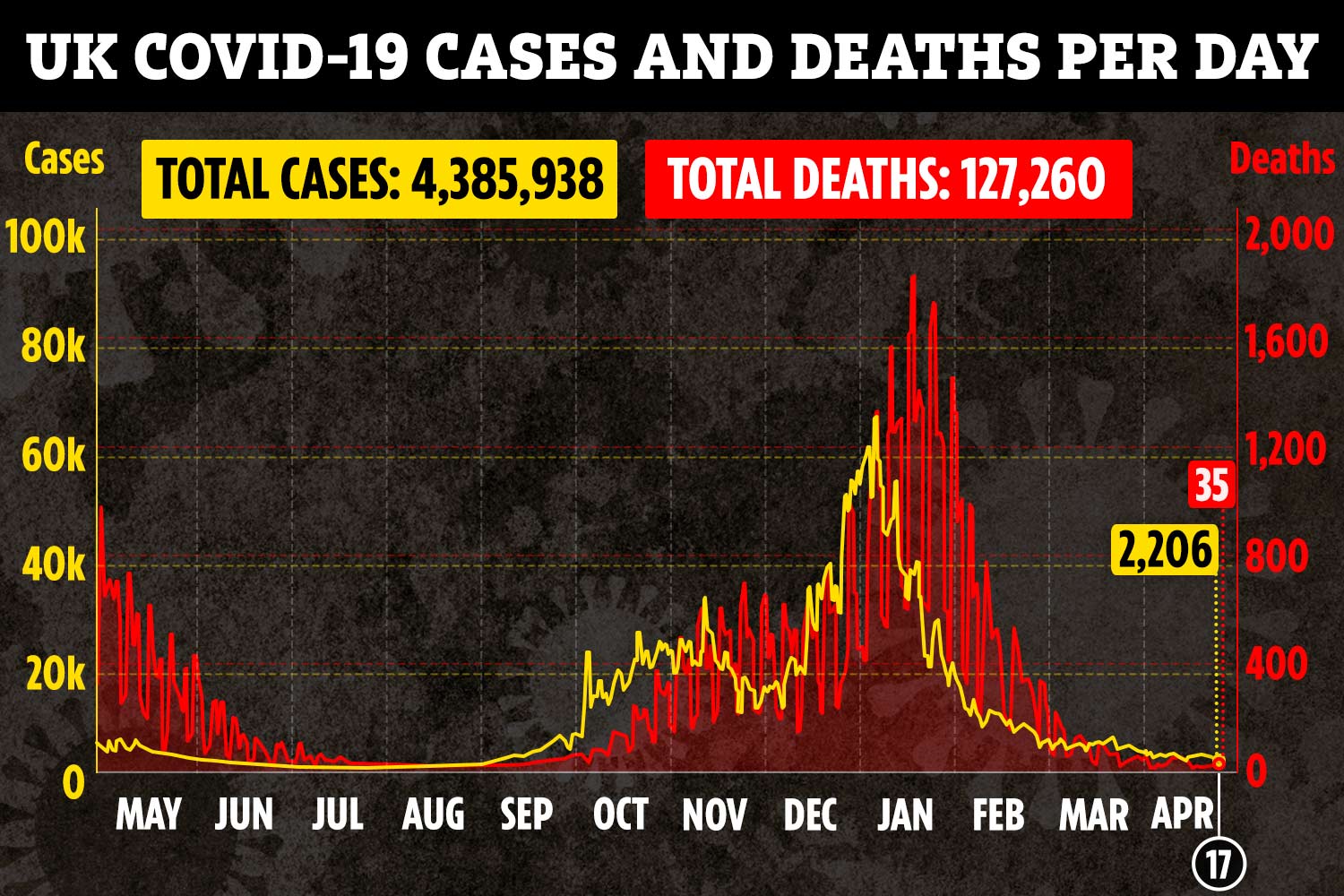