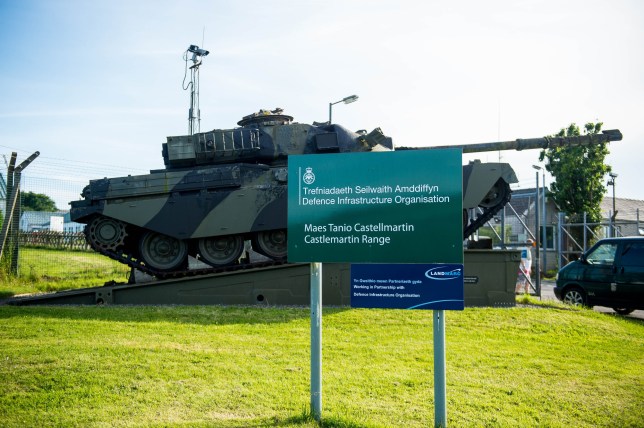 The Ministry of Defence confirmed it was investigating the circumstances
around his death (Picture: Rex)

A soldier has died after a ‘fatal accident’ at a Welsh army training range.

The sergeant from the Welsh Guards died on Thursday, when a
live firing exercise was taking place at the Castlemartin range in Pembrokeshire.

The Ministry of Defence confirmed it was investigating the circumstances
around his death.

Friends have paid tribute to him on social media and his heartbroken dad said he died doing ‘the job he loved’, Wales Online reports.

The soldier’s dad posted on Facebook: ‘At 3.45 this morning I received
a phone call that will forever change my life.

It is understood the soldier, who served as part of the Welsh Guards’ motor
transport platoon, was due to be deployed to Iraq and had previously been
awarded a Long Service and Good Conduct medal by Prince Charles, the regiment’s Colonel in Chief, in 2019. 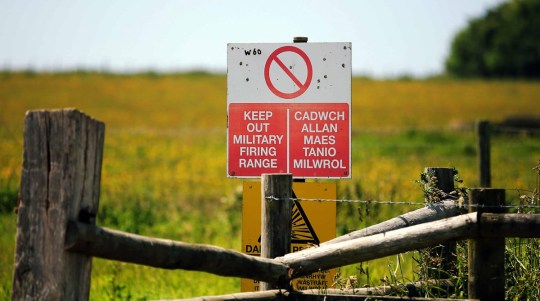 The soldier died after a live firing exercise at the Castlemartin range (Picture: Rex)

Soldiers in the Welsh Guards act as ‘guardians of the royal palaces’ and
are deployed on operations across the world.

A friend called the sergeant a ‘true hero’ and an ‘awesome soldier’.

The MOD firing notice shows firing exercises have been carried out at the
range every day this week, with a number of roads and footpaths closed to
allow the training to go ahead.

An Army spokesperson said: ‘It is with great sadness we can confirm the
death of a soldier on March 4. Our thoughts are with his family and friends
at this tragic time.

‘The circumstances surrounding this death are being investigated and it
would be inappropriate to comment any further.’

It’s not the first time a soldier has died at the range. Four years ago, Corporals Matthew Hatfield and Darren Neilson, both of the Royal Tank Regiment (RTR), were fatally wounded at Castlemartin after an explosion and fire on their tank.

And in 2012, Ranger Michael Maguire died at the Castlemartin Range
following a live firing exercise.

If Boris Johnson lands 2030 World Cup I’d be happy to hang off Wembley zip-line with him, says Karren Brady