Jessica Oliver and Charlotte Harris cruised to victory in the gruelling Talisker Whisky Atlantic Challenge ahead of 35 other teams from all over the world (Picture: SWNS)

Two British women with no previous rowing experience have smashed the world record for the fastest female pair to row 3,000 miles across the Atlantic.

Jessica Oliver and Charlotte Harris cruised to victory in the gruelling Talisker Whisky Atlantic Challenge ahead of 35 other teams from all over the world.

They finished five days ahead of their nearest rivals in the pairs category when they powered into Antigua on January 26 after starting from La Gomera in the Canary Islands last December 12.

They also wiped a staggering five days off the previous female pairs world record in time of 45 days, 7 hours and 25 minutes.

‘It was the most emotional, overwhelming experience ever. I’m still in shock. I can’t believe it,’ said Jessica, 29, from Dowdeswell, Gloucestershire.

‘We threw the oars down, jumped up and down and gave each other the biggest hug and fell over. It was amazing.

‘We got off the boat and our legs turned completely to jelly and everything went wonky. They had to grab us so we didn’t fall into the ocean again.’

Jessica and Charlotte, 30, signed up to row across the Atlantic in February 2020 as their ‘next challenge’ — between them they had previously undertaken marathons, triathlons, a Kilimanjaro climb and a white-collar boxing event.

Neither had ever rowed before and they hadn’t anticipated smashing any records in a row considered the world’s toughest.

They had to get enough sponsorship and a boat to enable them to take part as well as beginning a two-year training regime.

It was within a few days of the race that the two novices realised they were in with a shout of achieving a world record.

‘Initially, we set out to just cross safely and to get it done,’ said Jessica.

‘Then we started doing the maths and thought “oh my gosh — do you know what? We can really push for this world record”. So we just focused. It was such a motivation. Every time we got on the oars we put everything into it and just worked so hard.

‘It was long and absolutely brutal, but well worth it,’ said Jessica, a salesforce consultant for BrightGen. 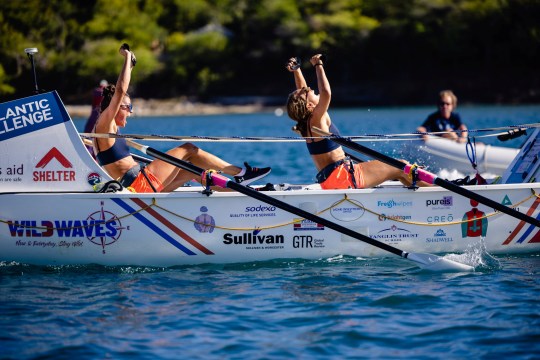 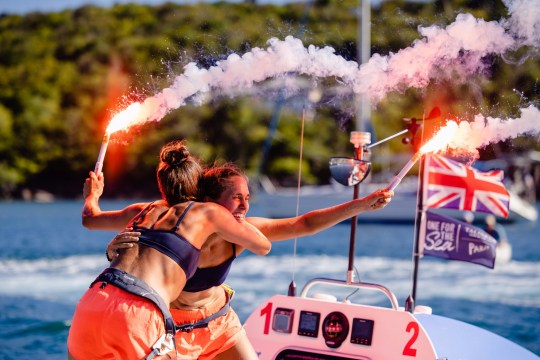 For Jessica, ‘Our success is only really starting to sink in’ (Picture: Atlantic Campaigns Pennybird SWNS)

The Diageo-employed global procurement leader added: ‘And we’re still friends despite being at sea for weeks in a tiny boat.’

‘It shows that you really can do anything you put your mind to, which has always been our motto.’

‘The night times were great,’ said Jessica. ‘You put your music on and you just felt like you were conquering the world, but in the day times, it was so hot. We were just boiling.

‘Once we had worked out that we could beat the world record, that was a great motivation and it didn’t feel such a slog.

‘We just got on the oars and pushed because we knew the end goal would be so much sweeter.

‘We saw sharks, our steering broke and our water maker broke — everything was thrown at us, but we got on with it and just got through it.

‘I feel very proud of our team. Our success is only really starting to sink in.’ 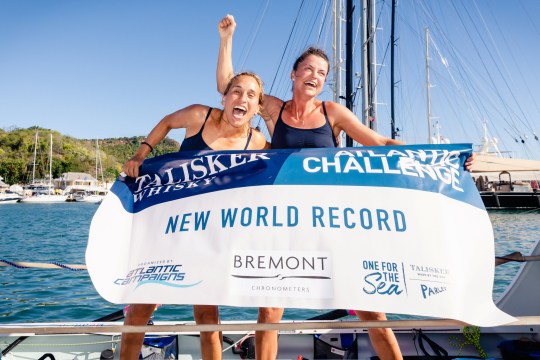 She also thanked supporters and principal sponsor, My Pension Expert and their families flew to Antigua to welcome them at the finish.

Jessica’s mother Germaine Hitchins, also from Gloucestershire, said: ‘It was a bit surreal.

‘Waiting for them to come in was long — the minutes seemed to crawl by.

‘To have so many people there was fantastic. It’s a phenomenal thing they’ve done, but if anyone was going to do it, it was these two.’

They are also holding a charity ball on May 13 in London.

How to Choose a Radiator for Your Home