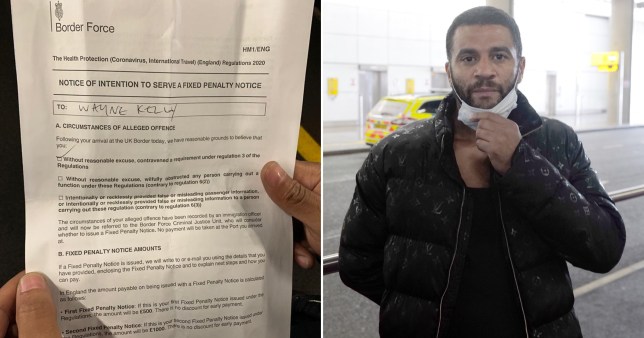 A British businessman claims he had no idea the UK had new quarantining rules when he arrived from Dubai this morning.

Wayne Kelly, from Birmingham, says he only found out about the new laws regarding 33 ‘red list’ countries when Border Force told him he faced a £500 fine for not booking a hotel.

He claimed he was unaware people arriving in England after visiting or passing through certain countries must stay in a Government-approved hotel for 10 days from today.

He told Mail Online:’I didn’t know what this is all about and I still don’t understand it. I came in from Dubai. I’ve now got a pay £1,750 to stay in a hotel.

‘And this letter they’ve given me says I could be fined another £500. I’m trying to work and make a living. It’s a terrible way to treat people.’

Mr Kelly, who works in property, added: ‘This is just ridiculous. My wife was going to pick me up so I wouldn’t be mixing in public anyway. I don’t believe this is happening.’ 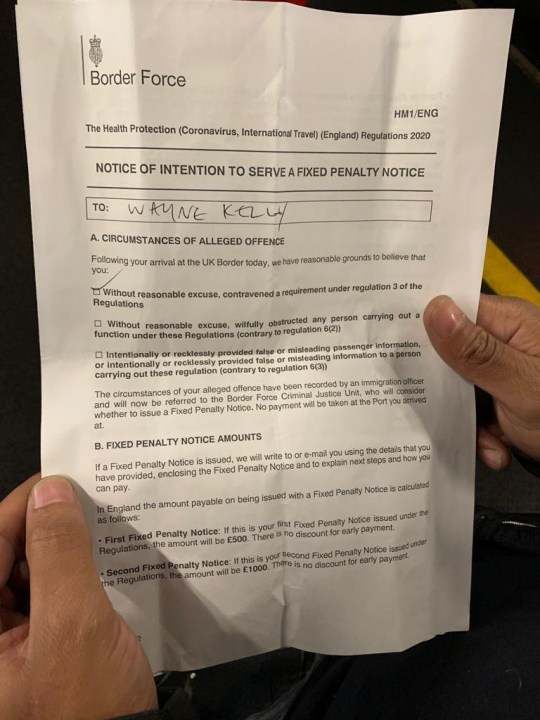 Downing Street defended the arrangements for hotel quarantine despite questions about passengers’ ability from ‘red list’ countries to mingle with other travellers on flights and at airports before moving to their accommodation.

The Prime Minister’s official spokesman said: ‘We are working closely with airlines and carriers who ensure that the flights they provide are Covid secure.

‘When people arrive in the UK the ports and airports have got specific arrangements for those that need to go into quarantine.’

Asked whether there were concerns that ‘red list’ passengers could mix with others until they passed through border control, the spokesman said that ‘people, to travel to the UK, would have had to have a negative test before boarding the flight and coming to the UK’.

The Labour MP said: ‘The Government is at risk of undermining its own quarantine policy if passengers from high-risk countries are mixing with everyone else in the airport before most passengers and staff then travel home on public transport, and with no tests at the airport either.

‘The whole point of these measures is to prevent new variants from spreading – but that won’t happen if there are still too many holes in the system.’ 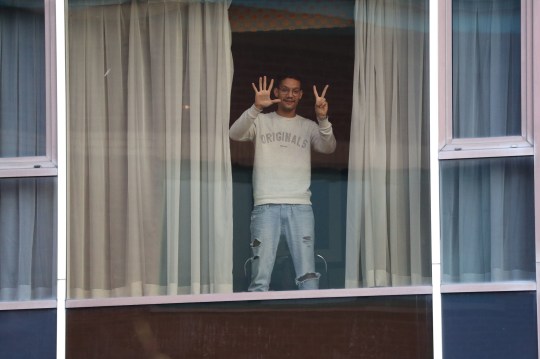 A man looks through a window while in quarantine (PA)

He added: ‘Revelations regarding the shortcomings of the current arrangements expose the fatal flaws at the heart of the Government’s half baked, quarantine policy – it is unworkable and bound to be ineffective.

‘This creates an unacceptable risk to the health of the British people, undermining the hope and progress being made on the vaccine.

‘The Home Secretary should get a grip of this mess, introduce a comprehensive hotel quarantine system urgently and play her part in securing the health of the country.’