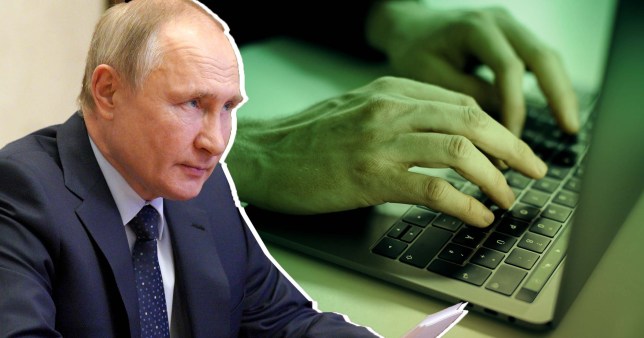 Britain has accused Russia’s foreign intelligence service of being behind a major cyber attack on the west and attempting to influence democratic elections.

The Foreign Office said the National Cyber Security Centre had assessed that it was ‘highly likely’ the SVR was responsible for so-called SolarWinds hack.

The move came as US President Joe Biden announced the expulsion of 10 Russian diplomats in response to the Kremlin’s interference in last year’s presidential election and the hacking of federal agencies.

In a statement, Foreign Secretary Dominic Raab said Britain and the US were determined to stand against Russia’s ‘malign behaviour’.

‘We see what Russia is doing to undermine our democracies,’ he said.

‘The UK and the US are calling out Russia’s malicious behaviour, to enable our international partners and businesses at home to better defend and prepare themselves against this kind of action.

‘The UK will continue to work with allies to call out Russia’s malign behaviour where we see it.’ 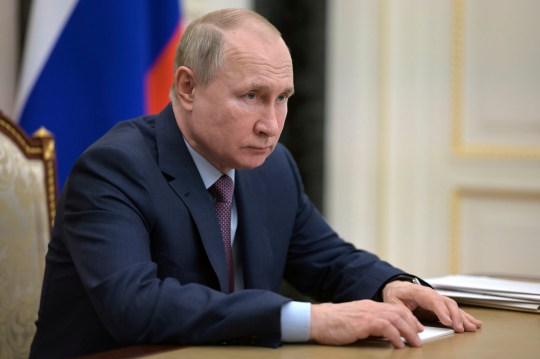 The UK Foreign Office said it is ‘highly likely’ the SVR was responsible for so-called SolarWinds hack (Picture: AP)

The SolarWinds hack last year is thought to have been among the worst cyber espionage incidents to have been suffered by the US, affecting large swathes of the federal government over a period of months.

At least 200 organisations around the world are reported to have been affected by the attack, including Nato and the European Parliament.

The Foreign office said the impact in the UK had been assessed as ‘low’ and that the Government had been working with the affected organisations to ensure they were ‘rapidly mitigated’.

According to the UK’s National Cyber Security Centre (NCSC), the attack was carried out by a group of hackers known as Cozy Bear or The Dukes, which the FO said were linked to the SVR (Russia’s foreign intelligence service).

It said that it was part of a ‘wider pattern of cyber intrusions’ by the Russian spy agency dating back at least a decade.

In addition to the expulsion of the diplomats, the US administration said it was imposing sanctions on six Russian companies which supported Moscow’s cyber activities and 32 individuals and entities accused of attempting to interfere in last year’s presidential election.

US Secretary of State Antony Blinken said: ‘These actions are intended to hold Russia to account for its reckless actions. We will act firmly in response to Russian actions that cause harm to us or our allies and partners.’

She said the foreign ministry had summoned the US ambassador for a ‘hard conversation’ but gave no further details of what actions would follow.

The latest exchanges come amid rising tension between Washington and Moscow following a build-up of Russian forces on the border with Ukraine – seen by some analysts as an attempt by the Kremlin to test the resolve of the new US president.

In a telephone call earlier this week, Mr Biden warned Russian President Vladimir Putin that the US would ‘act firmly in defence of its national interests’.