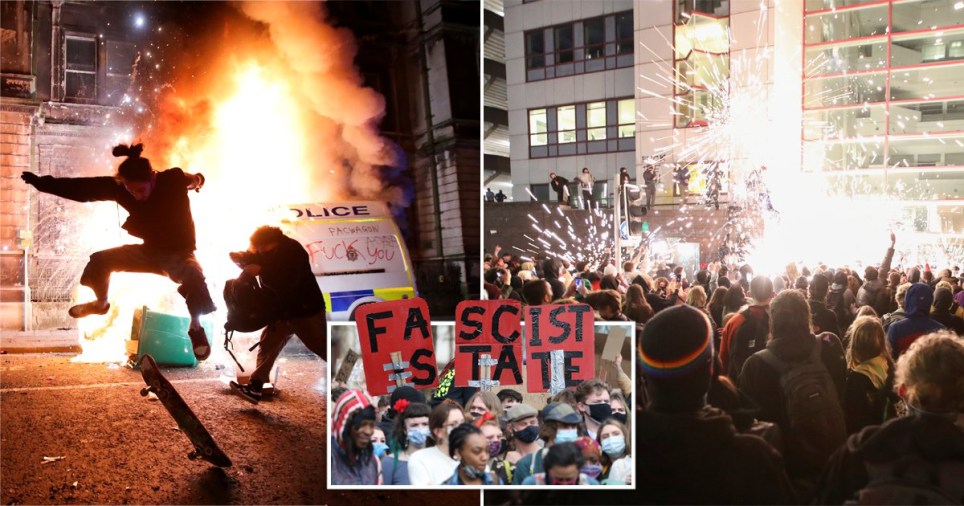 Violence has erupted during protests in Bristol on Sunday (Picture: Reuters/ PA)

Violence has erupted during a Bristol demonstration over plans to give the police more powers to deal with non-violent protests.

Hundreds of people gathered at College Green today for the ‘Kill the Bill’ protest, before marching together to a police station on nearby Nelson Street. Shocking photos from the scene showed people climbing on top of police vans, throwing fireworks and starting fires on the street.

A number of officers are said to be ‘badly injured’, with some cases reporting suspected broken arms and ribs. Protesters could also be seen attempting to smash the windows of the police station.

Andy Roebuck, chairman of the Avon and Somerset Police Federation, said: ‘Disgusting scenes in Bristol by a mob of animals who are injuring police officers, members of the public and damaging property.

‘Avon and Somerset Police Federation are attending stations to support officers. We have officers with suspected broken arms and ribs. This is so wrong.’ 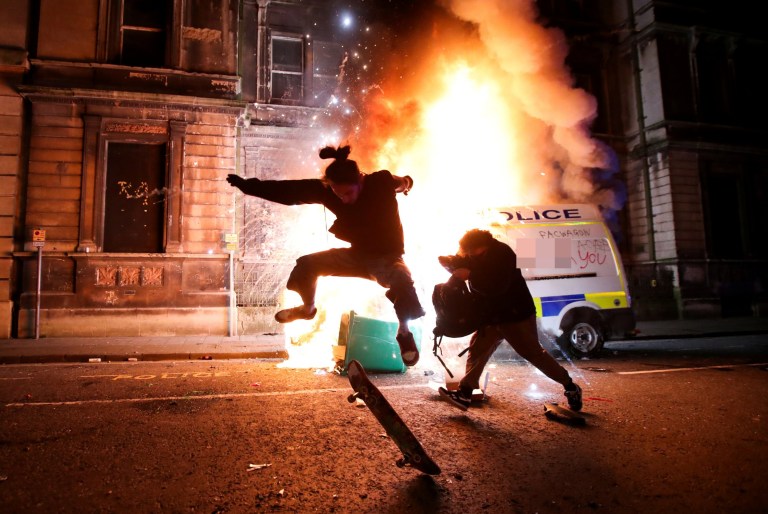 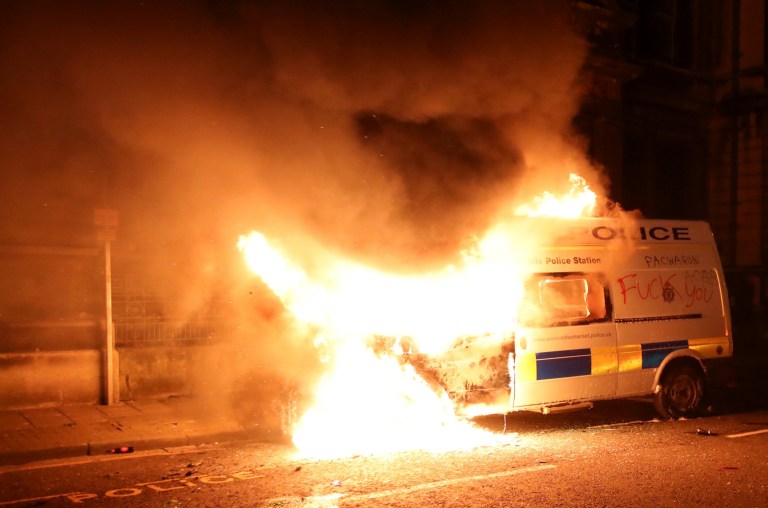 The demonstration was against the Police, Crime, Sentencing and Courts Bill (Picture: Reuters) 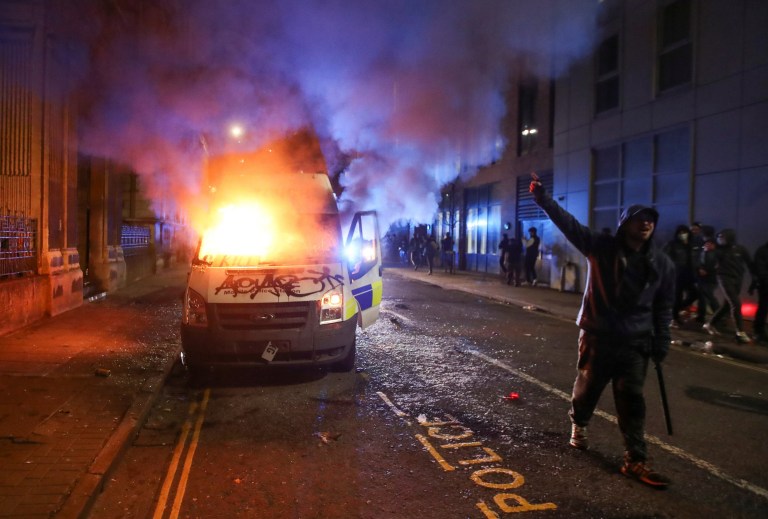 A number of officers are said to have been injured (Picture: Reuters) 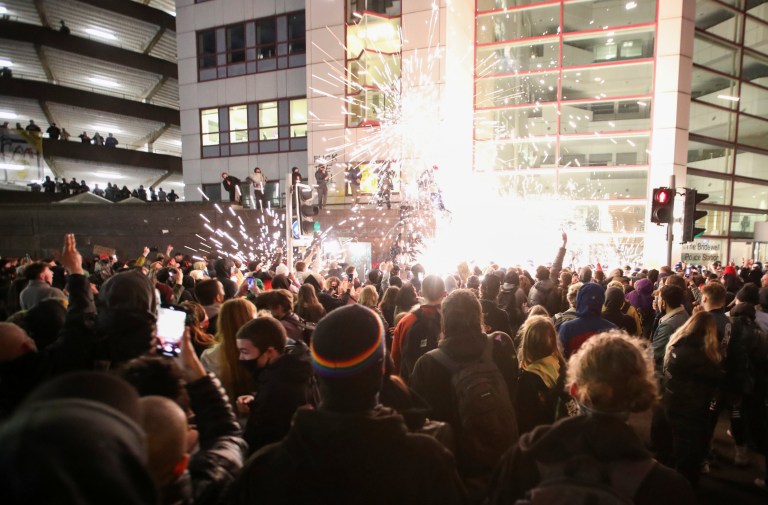 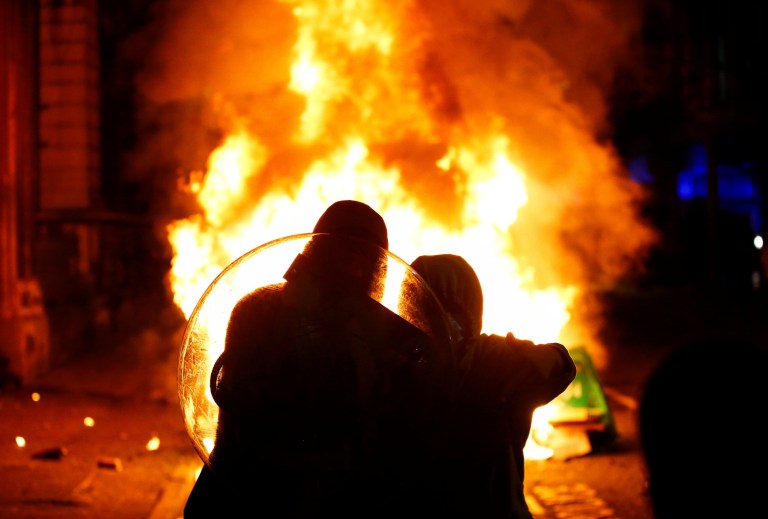 ‘This is not protest, it’s just mindless violence. Thoughts are with my colleagues.’

The Police, Crime, Sentencing and Courts Bill would give the police in England and Wales more power to impose conditions on non-violent protests, including those deemed too noisy or a nuisance. Those convicted under the proposed legislation could face a fine or even go to jail.

Those attending the demonstration carried signs saying ‘let us protest’, ‘this Bill is a public nuisance’, and ‘our silence is not your right’.

A spokesperson for the police urged pedestrians and motorists to avoid the area of Bridgewell Street as the violence continued into the night. 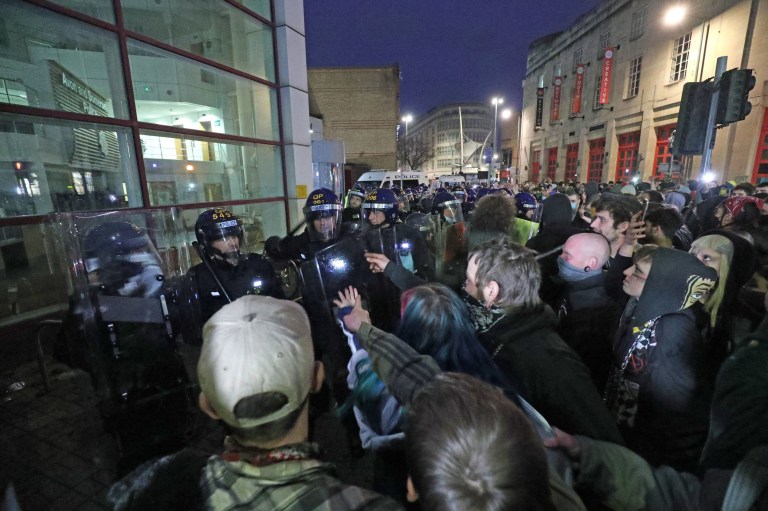 Police were forced to hold protesters back (Picture: PA) 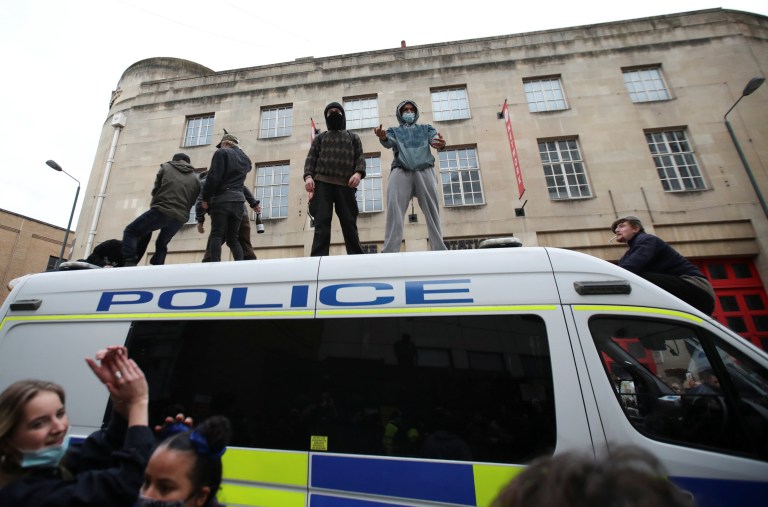 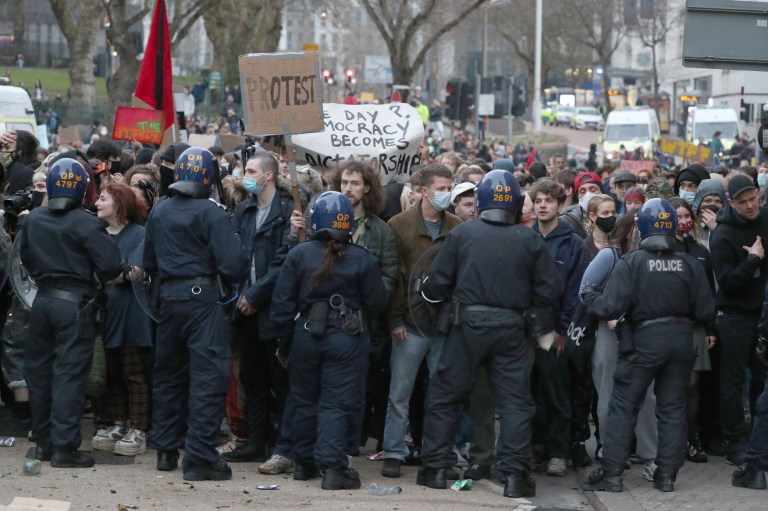 It is not yet clear how many people have been arrested (Picture: PA) 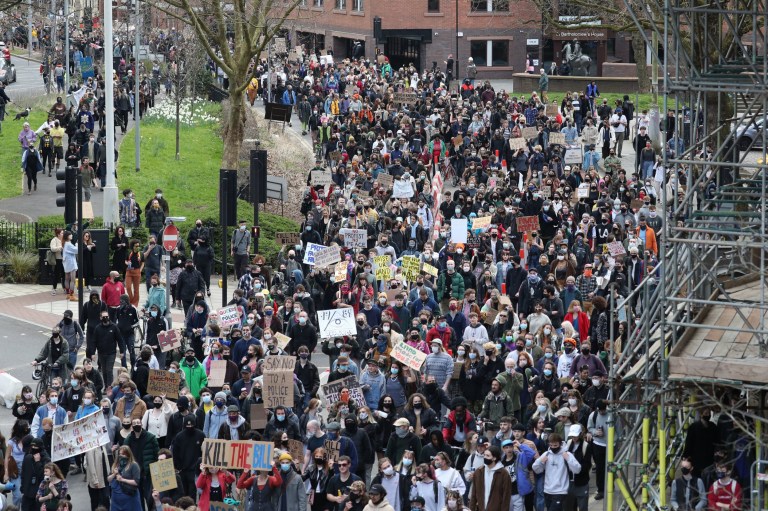 Crowds of people marched to the police station on Nelson Street (Picture: PA) 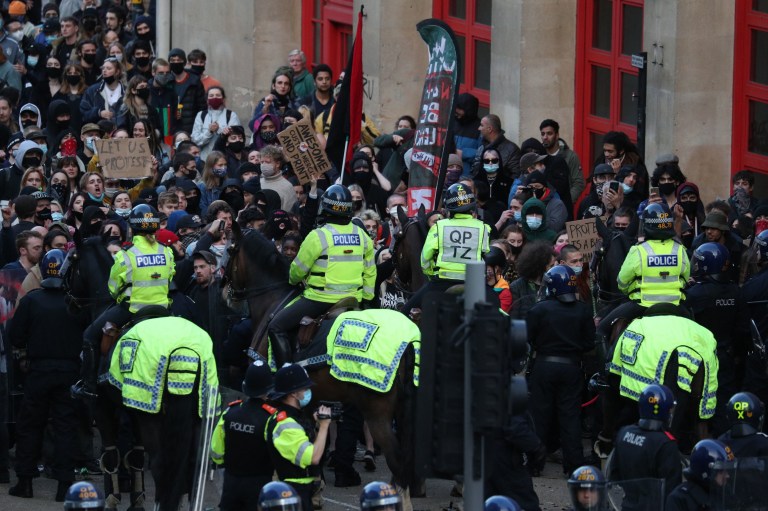 Pedestrians and motorists have been urged to avoid the area (Picture: PA)

They said: ‘We’re aware of a small number of incidences of criminal damage during the afternoon, including graffiti, and these will be investigated.

‘Officers are continuing to deal with a smaller number of protesters in Bridewell Street. They’ve had projectiles thrown at them, including a firework, and have been verbally abused.

‘This is unacceptable behaviour and those responsible for offences will be identified and brought to justice.’

It is not yet clear how many people have been arrested in connection with the protest. Mass gatherings are also currently banned under the coronavirus legislation, and anyone breaching the regulations could be fined.

Home Secretary Priti Patel said this evening: ‘Unacceptable scenes in Bristol tonight. Thuggery and disorder by a minority will never be tolerated. Our police officers put themselves in harms way to protect us all. My thoughts this evening are with those police officers injured.’