Willow the cockapoo was rushed to the vets after a daily walk in St George’s Park, Bristol (Picture: BPM Media/Google)

A dog owner believes her cockapoo was poisoned after consuming drugs discarded in a park.

Caz Andrews, 40, rushed one-year-old Willow to the vets after she was sick and lost the use of her legs.

She says the vet told her the dog had ‘neurological symptoms’ and had suffered ‘toxic poisoning from cannabis or an opiate-based drug.’

Now she is urging people to bin their rubbish to keep the area safe, amid concerns another dog or child could be at risk.

Caz, who lives close to the park, does litter picking there with her son Spencer, 13.

It is generally a safe space and not a dirty area, she told BristolLive.

Caz shared her story on social media, describing how the ordeal had been ‘the worst day ever’. 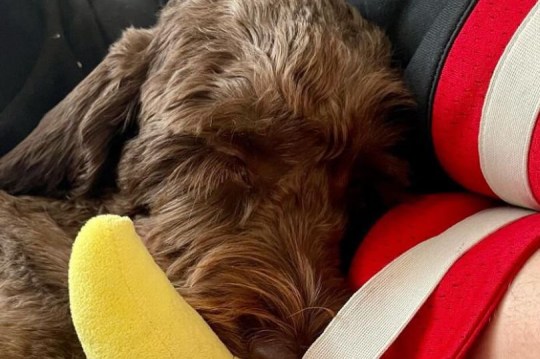 ‘Please take your rubbish, drugs, cans, bottles and anything else home or put it in the bin,’ she urged people.

‘Poor Willow has spent the day in the veterinary surgery and we are now nursing her at home hoping she will be ok.

‘Let’s keep our parks clean, green and safe for everyone to use.’

Thankfully, Willow has since made a good recovery.

But she is not the only dog to become unwell after suspected drug consumption.

Earlier this month a Nottinghamshire vet issued a similar plea after her dog suddenly became ‘lifeless’ during a walk.

After retracing their steps, she said she found a half-eaten bag of cannabis.

In 2018, a couple revealed their fears that cockapoo puppy, Archie, could have been deliberately poisoned after he spent a week fighting for his life, according to website VetsNow.

Sheffield: Vicar beat woman with a bamboo stick during decade of abuse