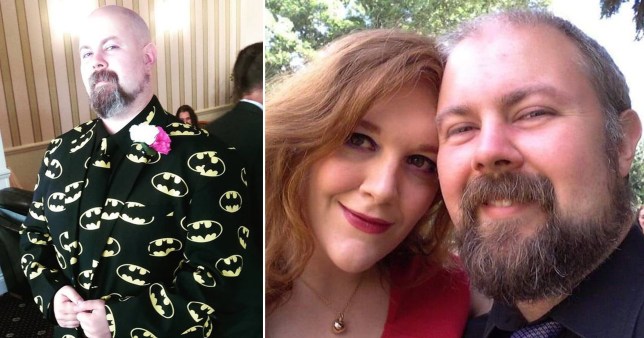 Lauren Brett said she had been ‘robbed of her soul mate’ following the death of partner Luke Dann (Picture: MEN)

A bride-to-be whose previously healthy fiancée died of Covid-19 aged 37 has urged people to stick to the lockdown rules, warning the virus ‘doesn’t discriminate’.

Lauren Brett said she had been ‘robbed of her soulmate, the love of her life’ following the death of partner Luke Dann on January 21.

She described how he started showing symptoms around five days after she did, telling her: ‘I’ll be fine. I’ll get over it.’

But as her self-isolation came to an end on December 21, Luke’s condition began to deteriorate.

He started having breathing difficulties, lost his ability to focus and spent a few days over Christmas on a ward at Scunthorpe General Hospital before being rushed to intensive care.

Luke, who was a 3D modeller, animator and motion graphics artist, spent two weeks there before he died.

Lauren told Grimsby Live: ‘I want to make people aware that Covid doesn’t discriminate. Luke was 37-years-old, no health conditions and it took his life away – robbed me of my soul mate, the love of my life.

‘I’m now on my own, thankfully with incredible support from my family and friends. But I’m left to pick up the pieces from my once, incredibly happy life with the man I was meant to grow old with.’ 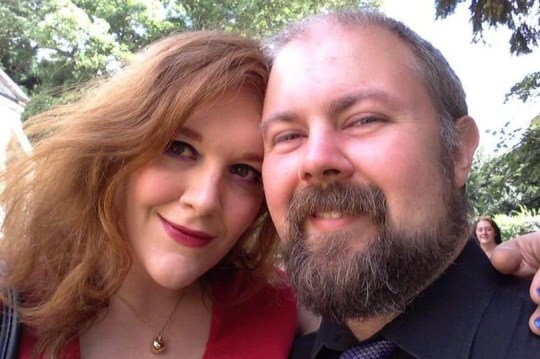 Lauren Brett said partner Luke Dann had only had to visit a doctor twice in the last 17 years (Picture: Lauren Brett/MEN Media)

Lauren said she wants to remind people that Covid-19 continues to be an unpredictable virus, and while it affects most people mildly, there are people like Luke who aren’t so lucky.

She said: ‘It pains me to see people not wearing masks, having house parties and even saying the virus is “just the flu” or even a hoax.

‘I feel like I need to use my experience and loss to try and raise some awareness. Please wear a mask, wash your hands, keep socially distant – follow the rules. Please.

‘You think you will recover from it because you’re young and fine but at least think about your vulnerable family members.

‘Do you want to go through the weeks of torture and sadness that my family and I went through?’

Luke, who was born in London, moved to North East Lincolnshire as a teenager where he lived for a time in Grimsby with his mum.

He studied at the University of Lincoln where he first met Lauren.

She said: ‘Luke and I were the perfect match. We were inseparable, best friends with so much in common. We just had the best time together.

‘Both being Disney fans we took so many trips to Disneyland Paris and Walt Disney World.

‘Luke even proposed to me in Disneyworld Florida. It was the most perfect moment of my life. Of course I said yes. We had a house together and just were so immensely happy in our perfect life.’

Luke had no major health conditions and barely ever suffered with colds, infections or any other illnesses. But he began experiencing symptoms of coronavirus in December, a few days after Lauren.

She said: ‘I started to recover, looking forward to the end of my self-isolation on December 21 – it was then I had to phone an ambulance for Luke.’

During his time in hospital, the couple, who shared a home in Brigg, kept in constant contact through video calls as Lauren could not visit because of coronavirus rules.

She said: ‘I would reassure Luke and talk about all the fun things we would do when the world was back to some form of normal – we even spoke about planning our wedding.

‘Luke would always make the best of a bad situation and tell me about the good points of his day, about how amazing the ICU nurses were and how incredibly hard they work.

‘I felt like I knew them on first name terms because Luke spoke about them so much.

‘They really adored Luke, even in hospital he was charming and as chatty as he could be with the oxygen hood on.

‘He even showed the nurses photos of me and told them I was the reason he needed to recover, why he needed to be brave.’

But on January 5 this year, Lauren received a phone call to say that Luke had to be intubated as his oxygen levels had fallen dangerously low.

Over the next two weeks friends and family waited for updates each day. 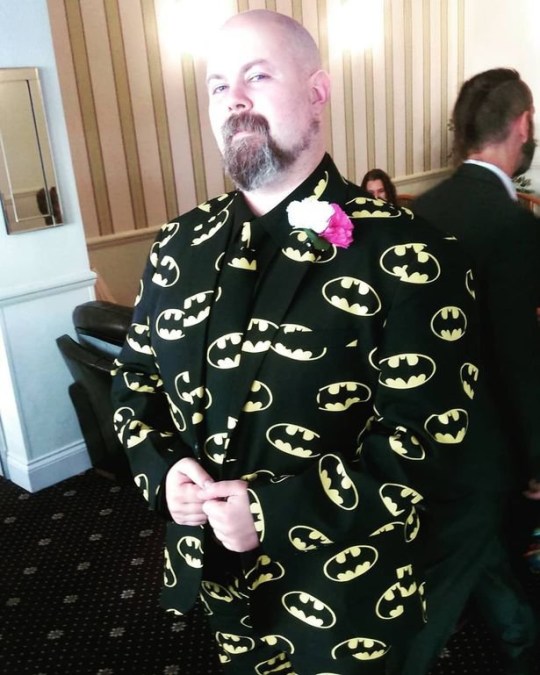 Luke’s condition initially stabilised but over time, the phone calls from the doctors became more frequent and worrying.

The agony of not being able to be with Luke to comfort him compounded the ordeal.

Lauren and her family sent in mementos of the good times they had shared to be placed at his bedside.

In the early hours of Thursday, January 21, Luke tragically lost his fight against coronavirus.

Lauren said: ‘He was asleep, unaware and in no pain but me and my family were in incredible pain.

‘Just over two weeks of mental torture had come to an end with the worst resolution. But Luke suffered no longer.’

It is now believed he actually contracted the virus much earlier than originally thought, and by the time he started showing symptoms it had already embedded itself in his lungs.