A BRAVE doctor saved Covid vaccinations from a burning jab hub as people waiting for the vaccine were forced to run from the blaze.

The medic bravely went back into the burning Emerbrook Community Centre, Thames Dutton, on Saturday to pull out the giant fridge holding the vaccines. 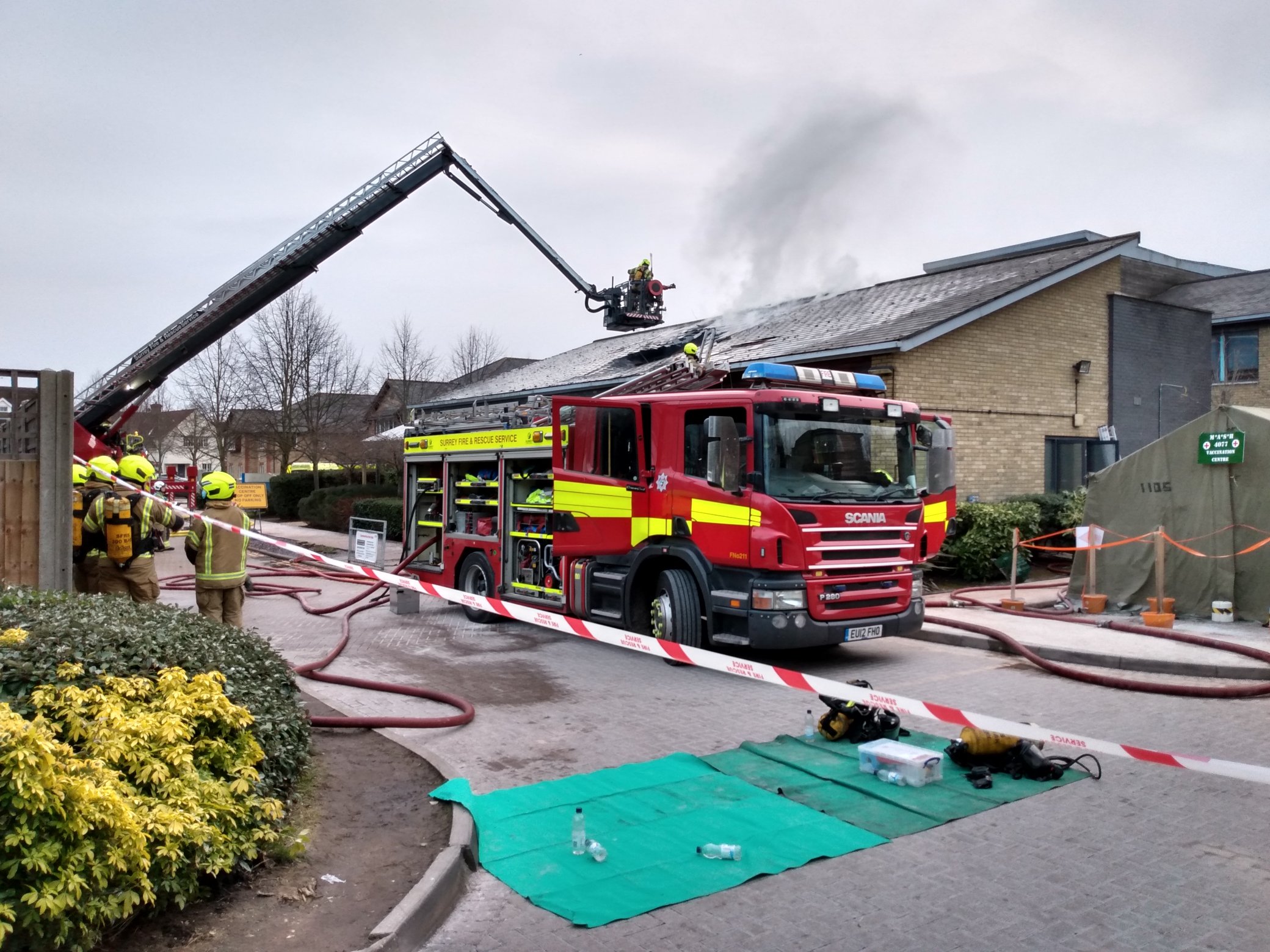 A fire broke out at the Emerbrook Community Centre, Thames Dutton, on SaturdayCredit: Twitter 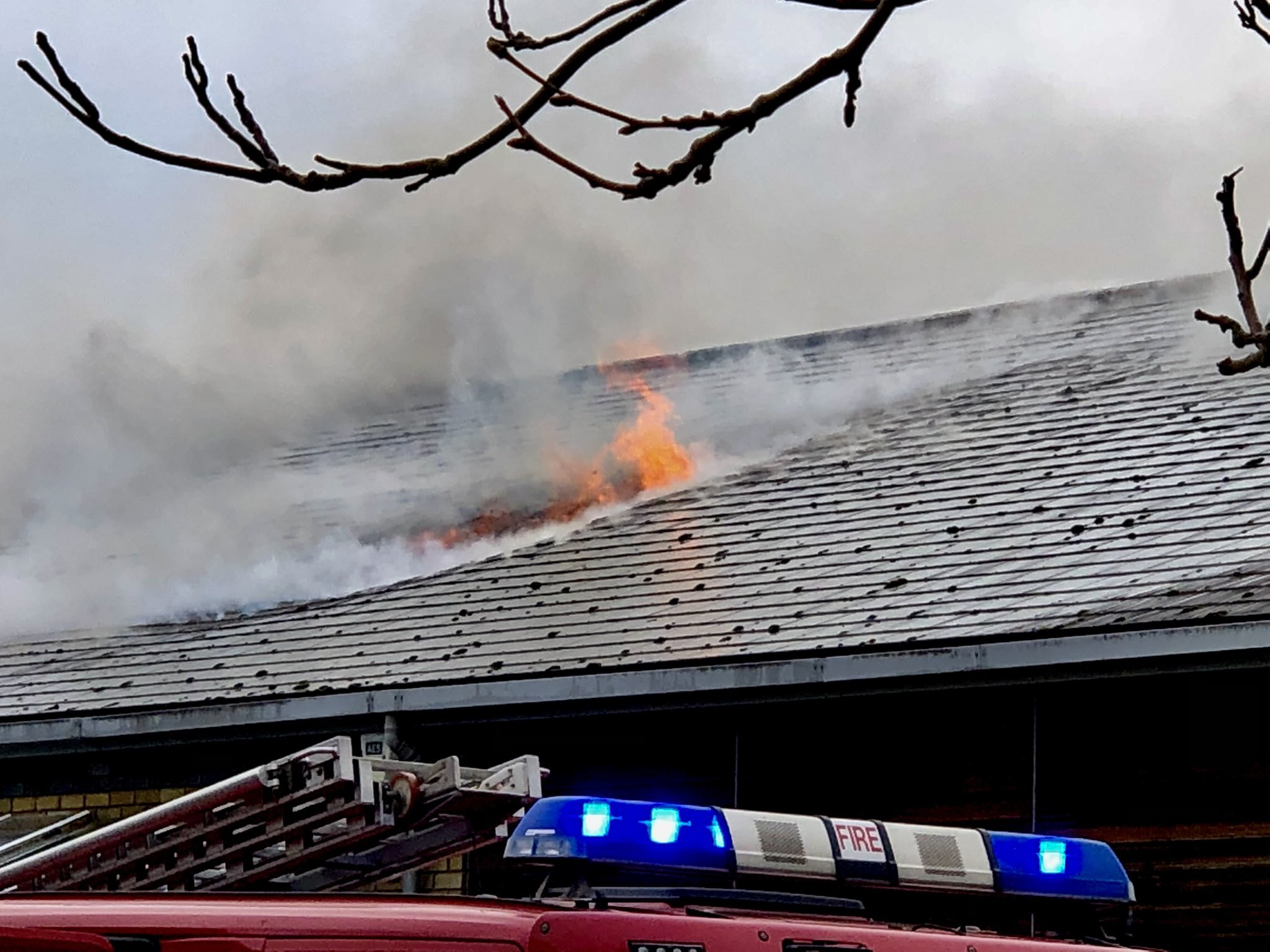 The blaze could be seen through the roof as smoke poured outCredit: PA:Press Association 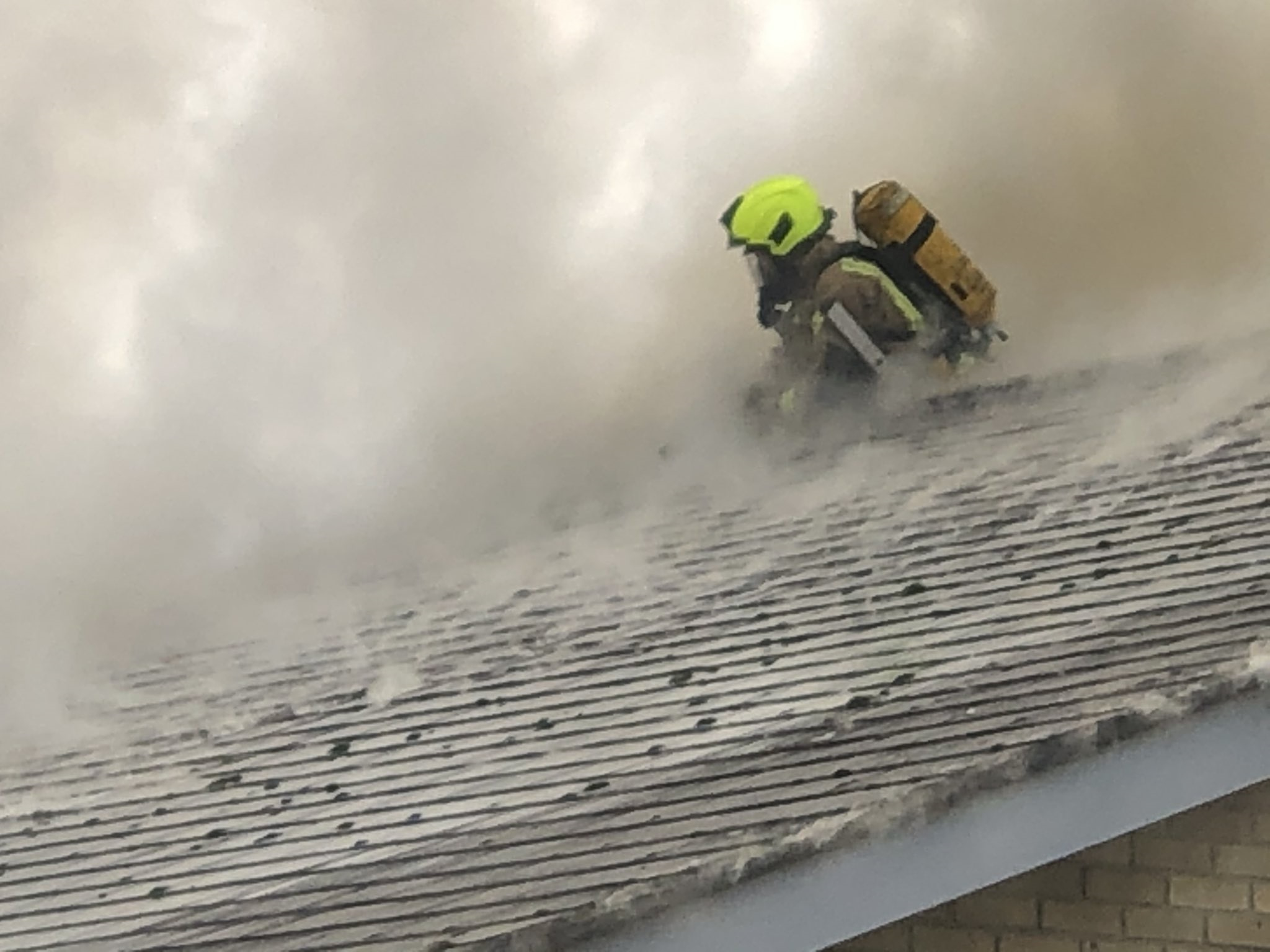 A firefighter can be seen among the flamesCredit: PA:Press Association

People waiting to get their jab had been forced to run from the building about 3.30pm as smoke poured from the roof.

And a doctor who was worried about the vaccine and went inside to get it has been praised.

Volunteer Anne Smith, 68, had been at the centre’s car park – saying it was “amazing”.

She told GetSurrey:  “One of the doctors who was concerned actually went back in for the vaccine, which I thought was amazing, in a great big refrigerated container he managed to drag it out.

“It was his priority to get that out.”

Surrey Heartlands CCG has since confirmed all the vaccines were saved.

In a statement, they said: “The location was being used as a vaccination site at the time and thanks to staff and volunteers, everyone in the building was safely evacuated.

“The vaccine supply has been secured.”

They apologised to anyone who had their vaccine booked saying the practice team would be in touch to reschedule their appointments.

It comes as the UK has hit its goal to vaccinate 15million people by today.

Britain will today move on to the next phase of its vaccination programme – targeting all over 50s, those who are more vulnerable, and carers, by the end of April.

Boris Johnson officially announced the start of the next phase as Health Secretary Matt Hancock vowed there was “no rest for the wicked” and said letters had already been sent out to millions more people.

One million over 65s are first on the list, alongside those with underlying health conditions. 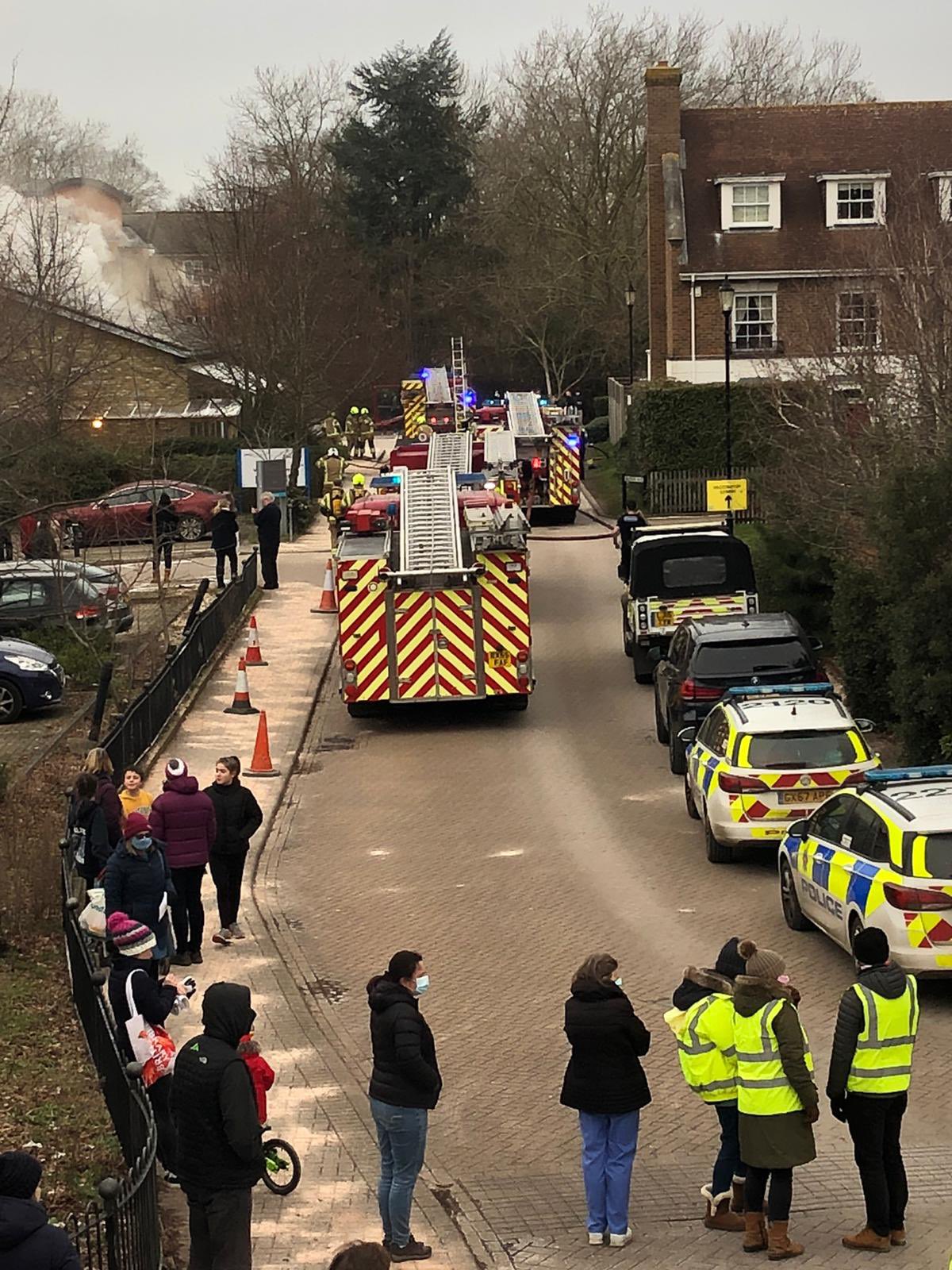 People who had been waiting for the vaccine were evacuatedCredit: About Thames Ditton 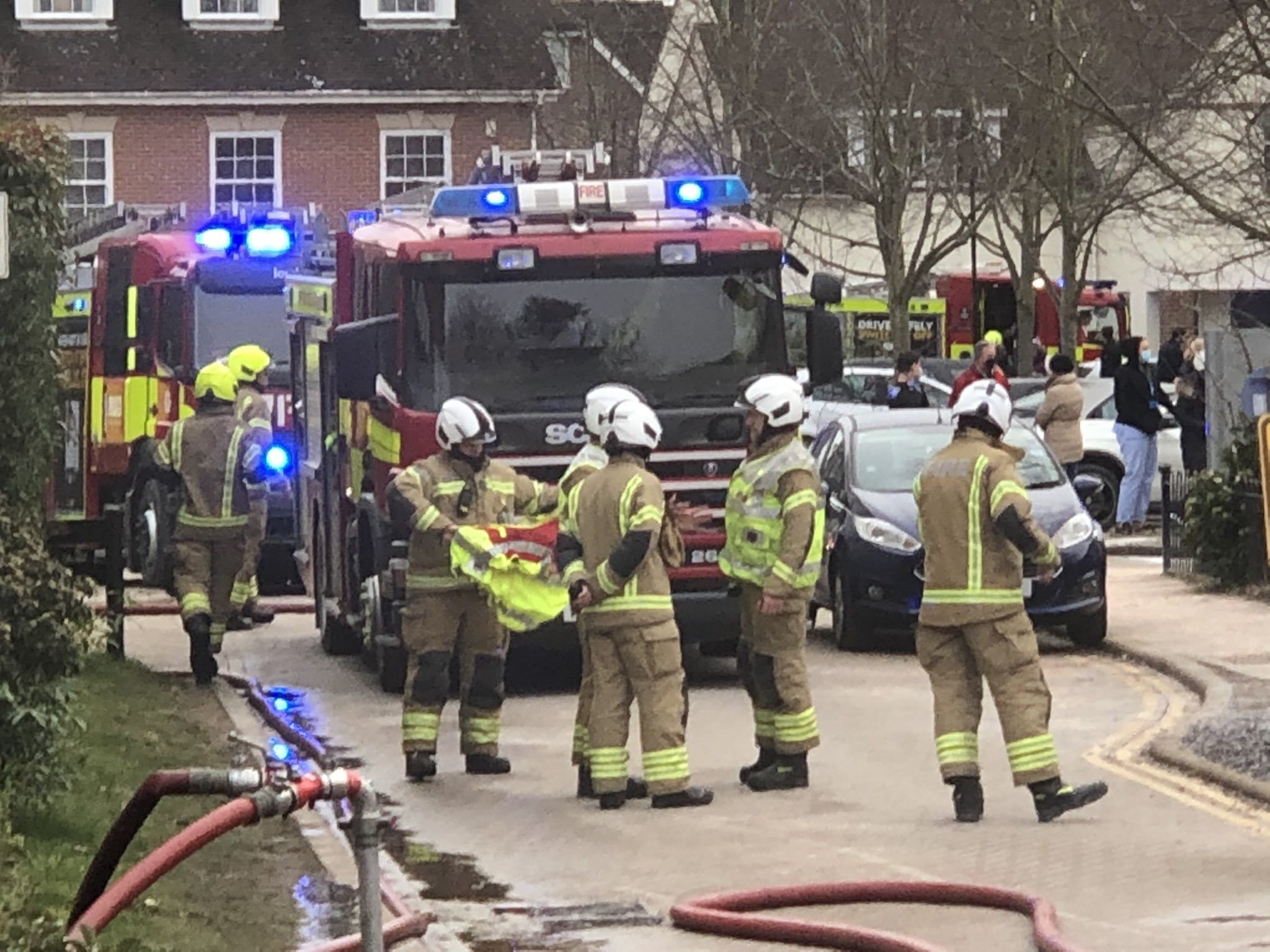 Emergency crews rushed to the scene about 3.30pm on SaturdayCredit: PA:Press Association 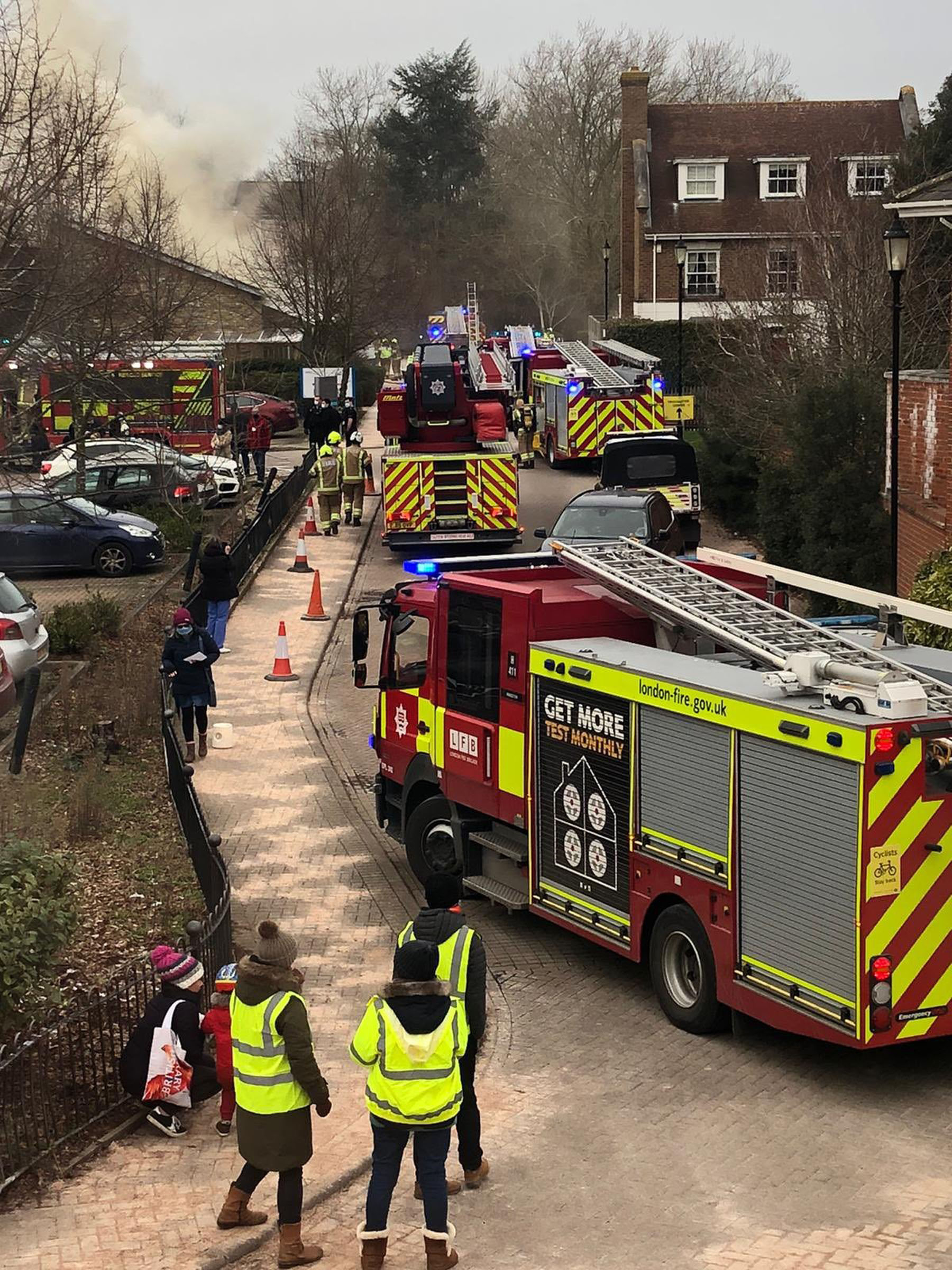 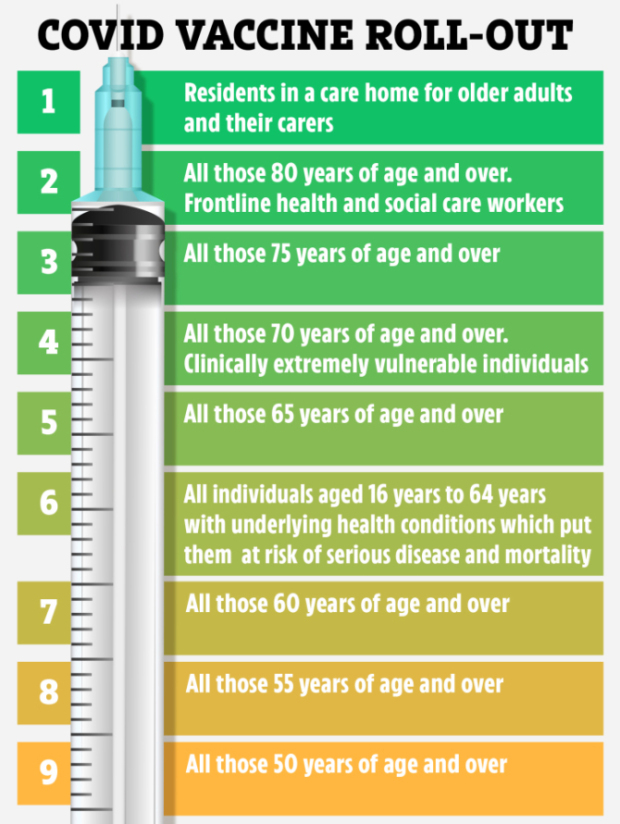