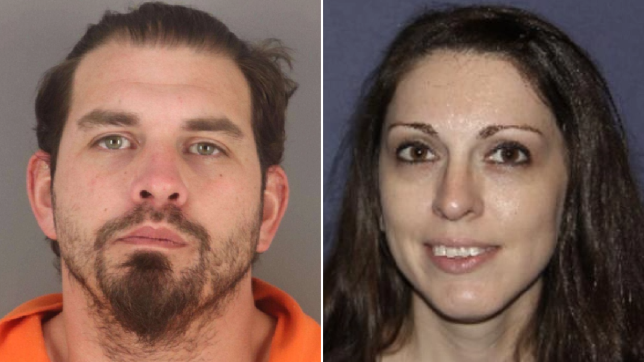 The boyfriend of a missing pregnant woman has been charged with murder after his partner’s skeletal remains were found.

Jonathan Menard, 35, was hit with the formal allegation Tuesday while being held at a prison in Beaumont, Texas, on suspicion of killing partner Kayla Rice, 33, who was reported missing in December 2020.

She was last seen alive the month before her disappearance was flagged up to police by concerned loved ones after Kayla failed to get in touch.

Kayla, who was six months pregnant with a boy at the time of her disappearance, was reported missing by a concerned family member who lived out of state. Police found her car severely damaged shortly afterwards, and her remains were discovered in a shallow grave in Vinton, Louisiana, in February.

Menard was apprehended in Calcasieu Parish, Louisiana, on suspicion of a probation violation. He has since been extradited back to Texas where the investigation into Kayla’s murder continues.

It is unclear how Kayla, a mother of one, died, how her body was found, or why Menard allegedly murdered her.

Kayla, who planned to name her unborn son Kyan Dexter, graduated with a degree in human resources in 2013.

An online obituary read: ‘Kayla can best be described as nice, smart, and shy, with a kind and sweet soul.

‘She was a beautiful, funny, and silly person who would do anything for her family and friends, no questions asked. She had a wonderful heart and soul.’

He is being held in lieu of $1 million bond ahead of his next court appearance.