A SCHOOLBOY crushed to death and a man left fighting for his life after a tree toppled during Storm Malik were on a pheasant shoot together.

A devastated relative revealed the youngster, nine, and the pensioner, whose age is not known, were at an organised event in Tean, Staffordshire when tragedy struck. 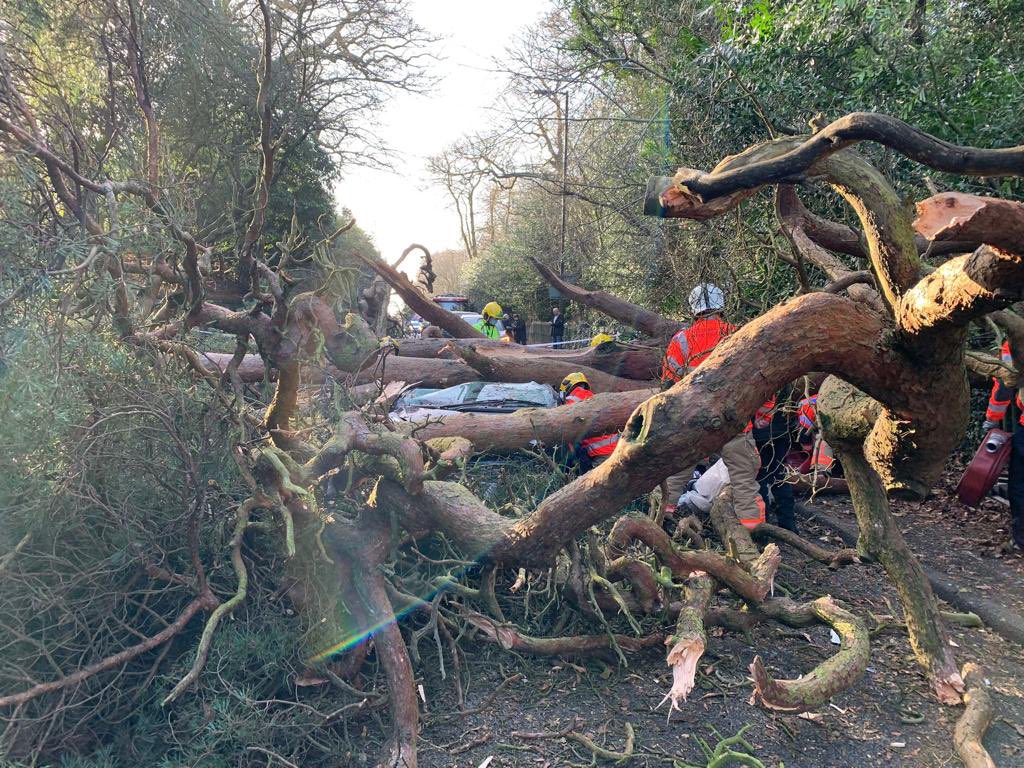 The tempest brought down trees across the country, including on a car in the north-west. The lad, nine, was one of two people killed 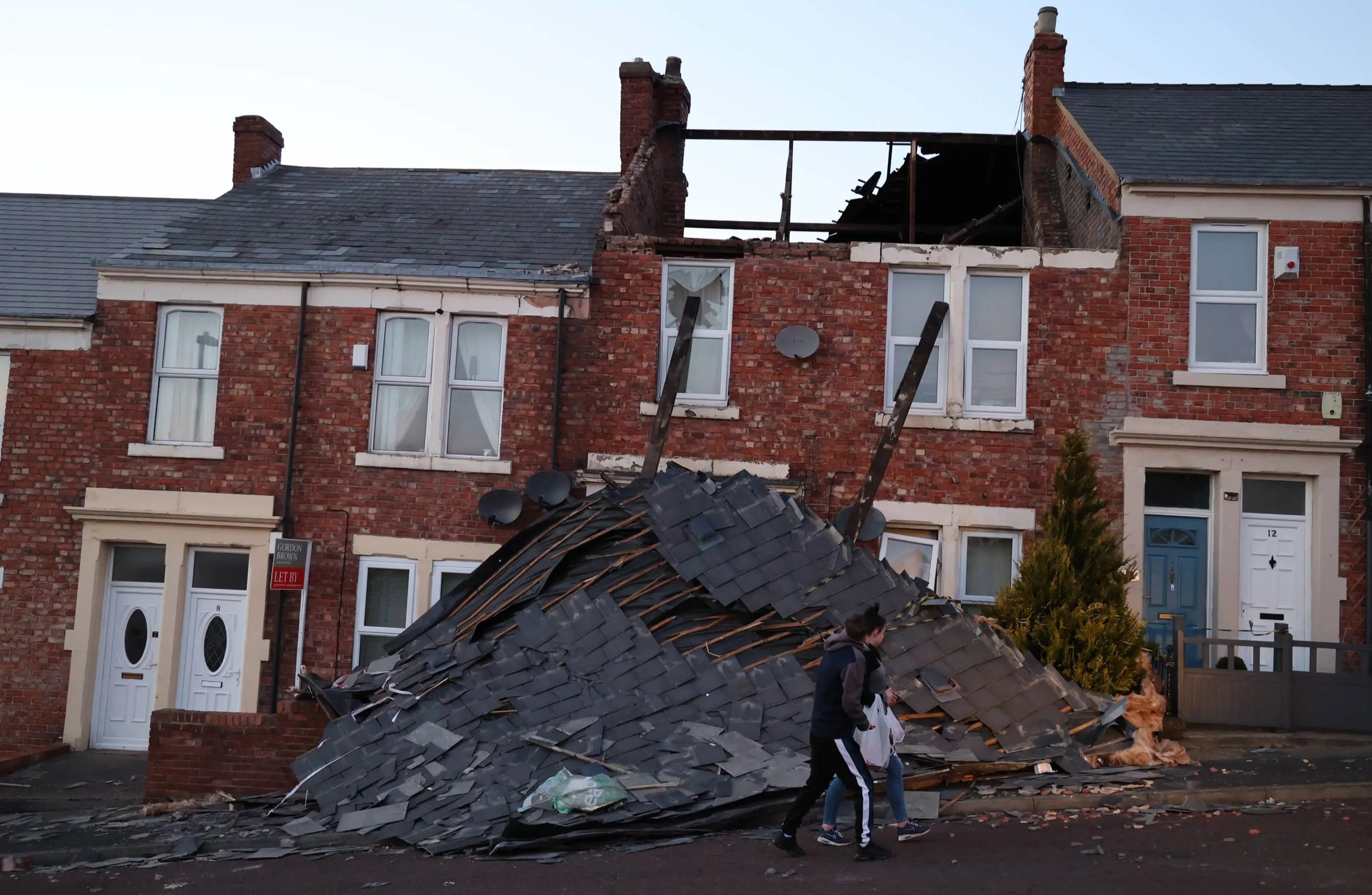 The roof of a home in Gateshead was completely torn off by the galeCredit: NNP

They are not related to each other.

The lad was the second person killed as 80mph winds lashed the country yesterday.

Nigel Thynne, who was visiting the scene at a private estate, said: “My father-in-law was badly injured.

“He’s in critical condition in hospital. It’s an awful thing to have happened. We don’t know if he’ll be ok.”

Members of the public dashed to lift the tree away from the stricken pair.

However, the boy couldn’t be saved.

🔵 Read our weather forecast live blog for the latest updates

Mr Thynne, who was comforted by the estate owner, said: “My father-in-law isn’t related to the boy who died, but they were both taking part in the pheasant shoot.

“It was organised by the club and held here at Heath House.”

Police returned to the estate today. The grounds are cordoned off.

A dog walker said: “It was so windy here yesterday.

“It was dreadful weather and I’m surprised the shoot went ahead.

“It’s very sad that a young boy lost his life and a pensioner was seriously injured. It was a freak accident.

“It happened at the shoot. There were lots of people there and I heard they all tried to help save the poor boy and man.

“The tree had crashed down on top of them and they tried to lift it off. Then two air ambulances arrived and took them to hospital.”

The owner of the vast estate, which is near Alton Towers theme park on the outskirts of Uttoxeter, declined to make any comment.

A Staffordshire Police spokesperson said in a statement: “Police received a report at 1pm on Saturday afternoon that a tree had fallen on a boy and a man, in an area close to Hollington Road, Winnothdale, near to Tean.

“The man and the boy were taken to the Royal Stoke University Hospital.

“Sadly, despite the best efforts of medical staff, a nine-year-old boy passed away

“The boy’s family are being supported by specially-trained officers. The man remains in hospital. A scene remains at the location, where people are asked to avoid the area.

“The death is not being treated as suspicious and a file will be prepared for the coroner.”

A 60-year-old woman was also killed in Deveron Road, Aberdeen during the storm.

Elsewhere, more than 36,000 households were left without power in Northumberland and County Durham.

There will be little respite, with Storm Corrie hitting today. The tempest will bring 90mph gales in coastal areas.

“This follows just one day after Storm Malik moves though also bringing a spell of very strong winds.

“Storm Corrie will bring gusts of up to 90mph in exposed coastal locations in northern Scotland, with 70-80mph gusts more widely in the north.

“With back-to-back storms there could be updates to severe weather warnings, so keep an eye on the Met Office forecast.”