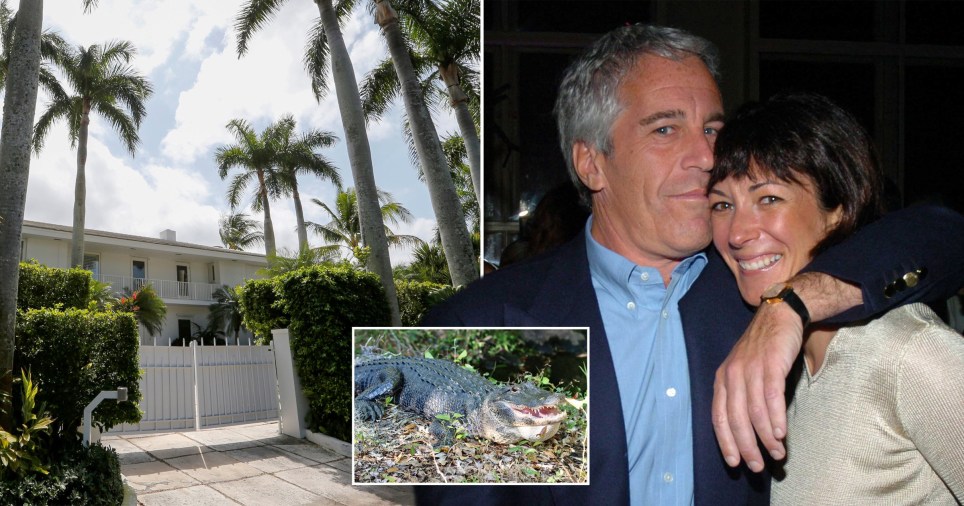 Fresh allegations have been made against Jeffrey Epstein and Ghislaine Maxwell (Picture: Getty/Reuters)

Jeffrey Epstein and Ghislaine Maxwell raped a young mother in front of her eight-year-old son, then threatened to feed her to alligators if she reported them, it is claimed.

The Turkish-born woman, identified only as Jane Doe, claims she was ‘repeatedly raped’ by Epstein with the assistance of his co-accused, Ghislaine Maxwell, at his Palm Beach mansion in Miami, Florida, in 2008. The federal complaint, filed on March 22, alleges that Epstein and Maxwell told the woman, who was 26 at the time, she would ‘be devoured should she ever reveal what Epstein had done to her’.

The lawsuit was obtained by The Miami Herald and details how the woman also claims that Epstein also forced her to undergo vaginal surgery to make her appear as a virgin. The surgery left her mutilated and permanently damaged, the document says.

A hearing is scheduled in Fort Lauderdale, Florida, on Thursday April 1 as the plaintiff, the accusing woman, seeks compensation from Epstein’s estate following the alleged sexual abuse. 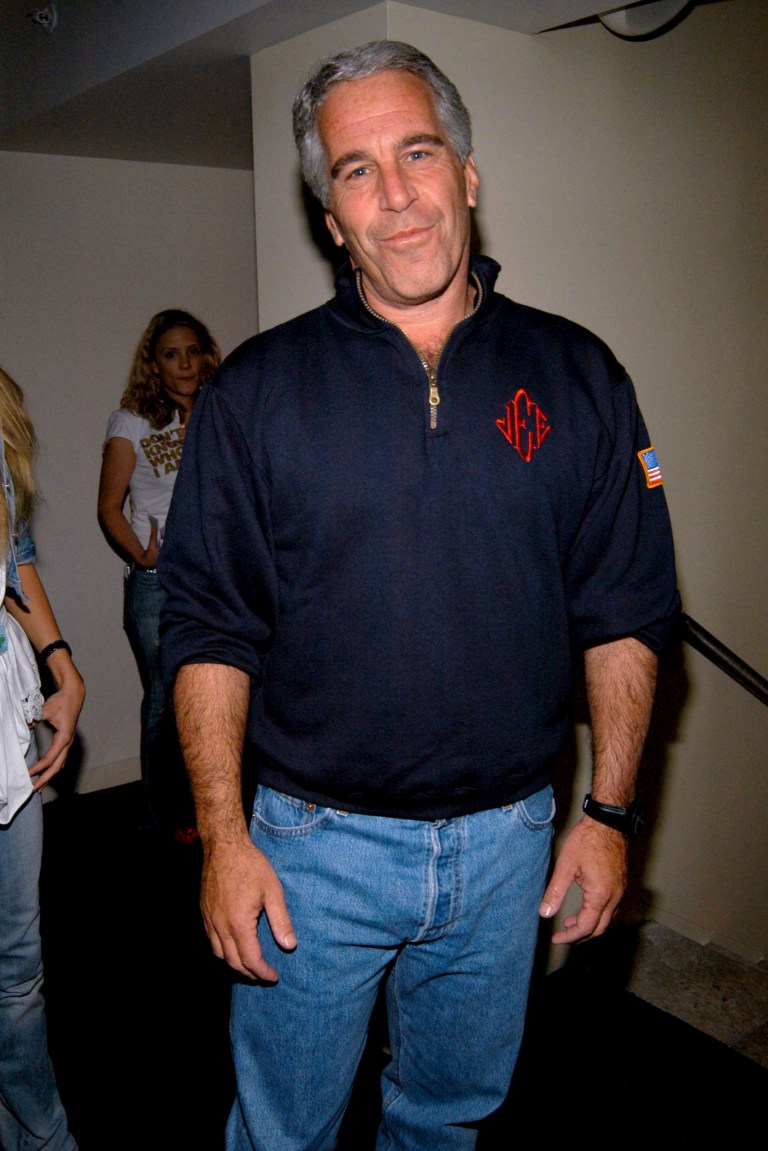 Epstein died by suicide in August 2019, aged 66, while awaiting trial in jail while Maxwell, 59, his former girlfriend and alleged accomplice, was arrested in July in New Hampshire and is currently in jail in Brooklyn, awaiting trial on sex trafficking charges.

She denies all allegations made against her.

On Monday additional charges were filed against her, alleging that she trafficked a 14-year-old girl for sex.

This latest lawsuit states that the apparent victim, a real estate broker, met Epstein and Maxwell sometime in late 2006 or early 2007 at a BBQ hosted by her employer, a friend of Epstein’s.

She was told by her boss that Epstein wanted to rent a property in the area, and after completing a deal, Epstein is said to have told her he wanted to hire her to work for him. 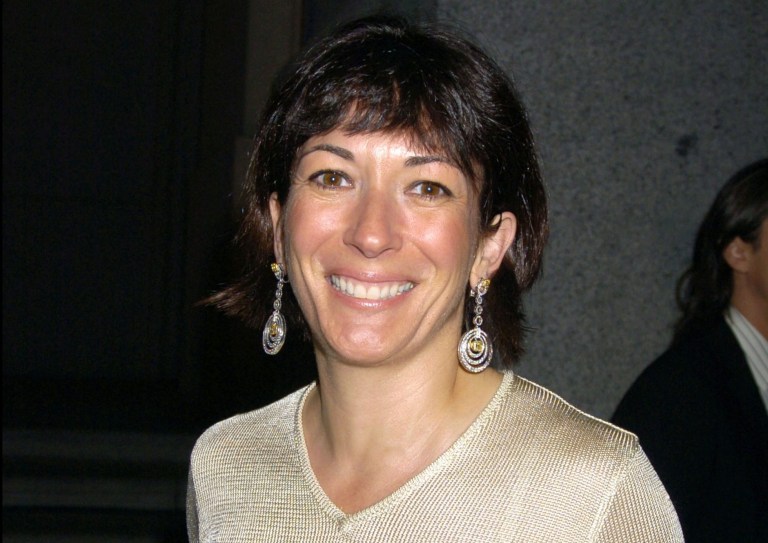 The suit says he began showering her with gifts and the promise of finding her and her then-husband ‘highly-placed’ employment, the Miami Herald reports.

In the middle of 2007, Maxwell took her passport for ‘safekeeping’, it’s claimed, and the woman said she later found out that Epstein kept it in a locked box inside his estate.

Then, in January 2008, following repeated requests from Maxwell, the woman – also a trained hairdresser – agreed to go to Epstein’s mansion to give him a haircut.

When she arrived at the house she found Epstein naked, it’s claimed. With Maxwell’s assistance, the paper says, Epstein raped her and then gave her $200 when she left. 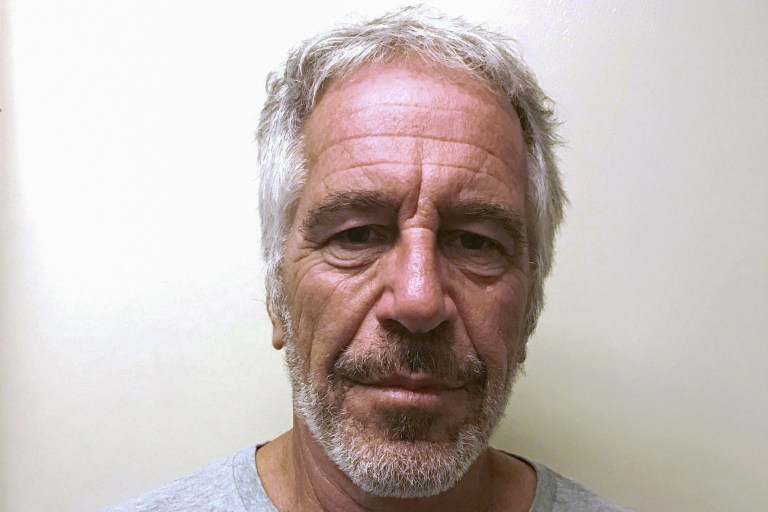 Jeffrey Epstein is said to have threatened the accusing woman with feeding her to alligators if she told police about alleged abuse against her by him (Picture: Reuters)

The document alleges that the victim said she wanted to call the police, prompting Epstein and Maxwell to get in the woman’s car, order her to drive and pick up her eight-year-old son.

Later, they pulled over by a waterway filled with alligators, the paperwork added.

The suit says: ‘Epstein then ushered the plaintiff to the body of water and told her in explicit detail that – as had happened to other women in the past, according to the pair – she would end up in this body of water and be devoured should she ever reveal what Epstein had done to her.’

The woman also claims that she was taken to a hotel in Naples, Florida, where over several days she was repeatedly raped by Epstein and Maxwell in the presence of her son.

She claims that, over the next five months until May 2008, they threatened and intimidated her by saying Epstein had influence over the FBI and Florida state and local law enforcement.

The woman was repeatedly photographed and videotaped naked and performing lewd activities during this time, she said. 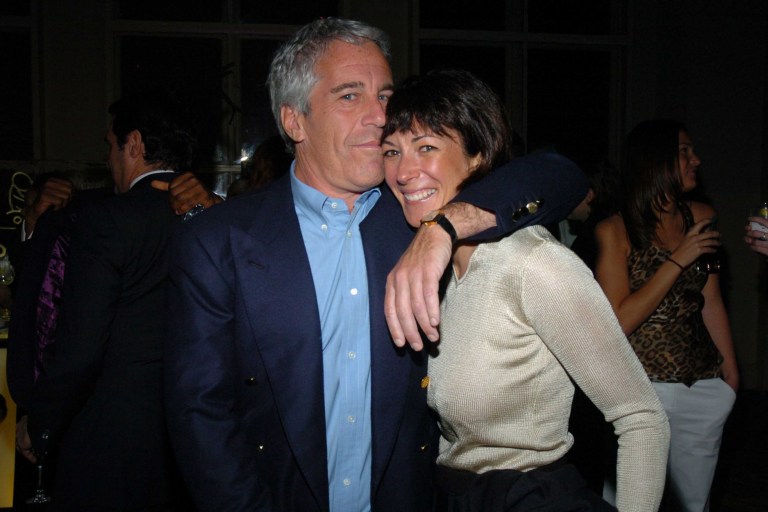 In April 2008 the woman was directed to keep a locked box for Epstein, which she was instructed she could never open or she would be killed, the suit added.

Then in May 2008 she was taken to the house for the vaginal surgery, against her wishes, at the request of a ‘high profile client’, according to the suit.

The paperwork did not specify when the abuse ended.

At the time of the accused abuse, Epstein’s attorneys were negotiating a plea deal with prosecutors over sexual offenses.

He was sentenced on June 30, 2008, and immediately sent to the Palm Beach County jail, where he would serve 13 months, much of it on work release at a nonprofit company he set up in West Palm Beach.

Epstein completed his sentence in 2009, and was free until he was indicted again in July 2019 on sex trafficking charges in the Southern District of New York.