Boy, 2, died after being exposed to mould in his home since birth 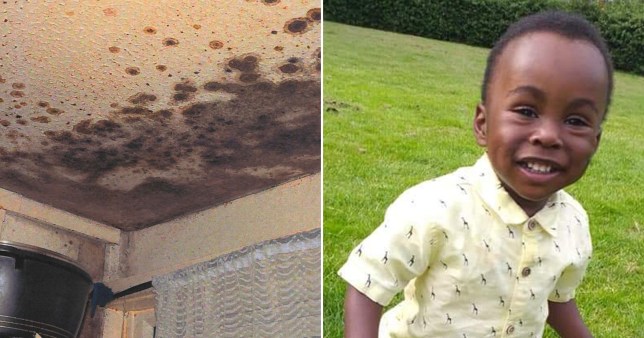 Awaab Ishak died in December 2020 after suffering from horrific mould in his house (Picture: MEN Media)

The death of a toddler who suffered prolonged exposure to mould should be a ‘defining moment’ for the housing sector, a coroner has said.

Two-year-old Awaab Ishak, died in December 2020 from a respiratory condition caused by mould in the one-bedroom flat where he lived with his parents in Rochdale.

His dad, Faisal Abdullah had previously complained to Rochdale Boroughwide Housing (RBH) about the mould, an inquest at Rochdale Coroner’s Court was told.

Giving her findings senior coroner Joanne Kearsley said: ‘I’m sure I’m not alone in having thought, ‘How does this happen? How, in the UK in 2020, does a two-year-old child die from exposure to mould in his home?’

‘The tragic death of Awaab will and should be a defining moment for the housing sector in terms of increasing knowledge, increasing awareness and a deepening of understanding surrounding the issue of damp and mould.’ 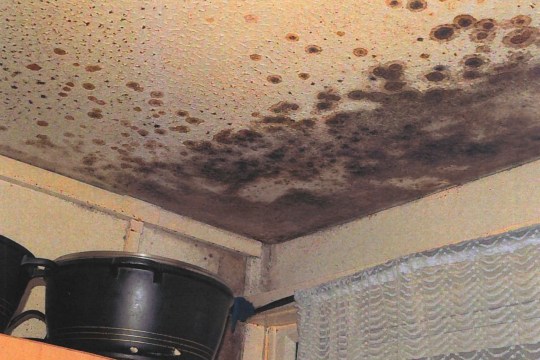 The shocking mould within the family’s flat Picture: MEN Media)

Addressing the toddler’s parents, Ms Kearsley said: ‘I hope you know that Awaab will, I am sure, make a difference for other people.’

In her findings, the coroner described Awaab as ‘an engaging, lively, endearing two-year-old’.

She said Mr Abdullah reported mould developing in the Tweedale Street flat to RBH in 2017 and was told to paint over it.

In June 2020, Mr Abdullah instructed solicitors and initiated a claim over the recurring issue but policy meant any repairs would not be done until an agreement had been reached, the inquest heard.

A health visitor also contacted RBH to raise the issue in July 2020 and an inspection that month found mould in the kitchen, bathroom and a bedroom cupboard needed treatment.

Ms Kearsley said the mould was due to ‘normal daily living activities’ and a lack of effective ventilation.

She said: ‘I find as a matter of fact that no action was taken and, from July 2020 until December 2020, Awaab continued to have chronic exposure to harmful mould.’

Awaab was taken to Rochdale Urgent Care Centre on December 19 with shortness of breath and transferred to Royal Oldham Hospital before being discharged, the court heard.

The coroner said the family should have been told to call an ambulance or take him directly to Royal Oldham Hospital if he had further difficulties.

Awaab deteriorated the next day and his parents were advised by the Community Children’s Nursing Team to take him back to the Rochdale Urgent Care Centre.

He went into respiratory arrest and then cardiac arrest while being transferred to Oldham, the inquest heard.

He died after arriving at Oldham.

The coroner said: ‘Awaab Ishak died as a result of a severe respiratory condition caused due to prolonged exposure to mould in his home environment.

‘Action to treat and prevent the mould was not taken. His respiratory condition led to respiratory arrest.

‘The medical advice given to his parents led to Awaab receiving suboptimal ventilation of his airway which was unable to prevent his cardiac arrest.’

Ms Kearsley said the issue is ‘not simply a Rochdale problem’.

She said she will be writing a report for the prevention of future deaths and will write to the minister for Housing, and Health Secretary Steve Barclay, to raise issues.

Squeezed Brits in line for up to £1,100 cash boost under Rishi Sunak’s plans for more cost of living payments

Save 20% off at Roman’s Original with this discount code