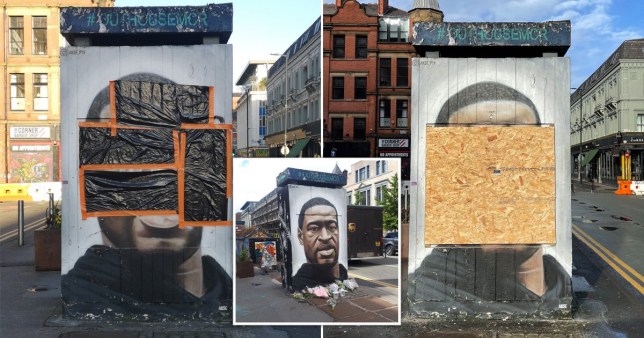 The artwork, in the Northern Quarter of Manchester, was wrecked with an offensive word (Pictures: MEN)

A boy, 17, has been arrested after a mural of George Floyd was vandalised by ‘racist cowards’ again.

Street artist Akse painted a tribute to Mr Floyd in Stevenson Square, in Manchester’s Northern Quarter, a few weeks after he was killed in May 2020. The artwork has since been vandalised with racist messages and slurs.

It was defaced with an offensive word again at around 5.30am on Friday morning. Police officers chased a boy caught on CCTV and eventually detained him.

He is now being held on suspicion of racially aggravated criminal damage and remains in custody for questioning.

Jon-Connor Lyons, councillor in Piccadilly Ward in Manchester tweeted about the incident:  ‘These racist vandals all come in the dead of night – they are cowards.

‘They know themselves how shameful it is what they are doing, attacking a memorial of a man killed by police brutality, but obviously have to do it in the dead of night. Racist cowards the lot of them.’

Mr Lyons also told the Manchester Evening News that ‘racists’ will not win in a city that is ‘inclusive and tolerant’ with citizens ‘who have heritage from across the world’. 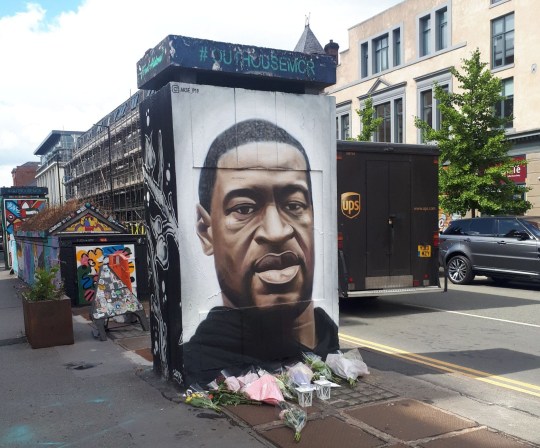 Street artist Akse painted a mural of George Floyd after he was killed last May (Picture: MEN Media) 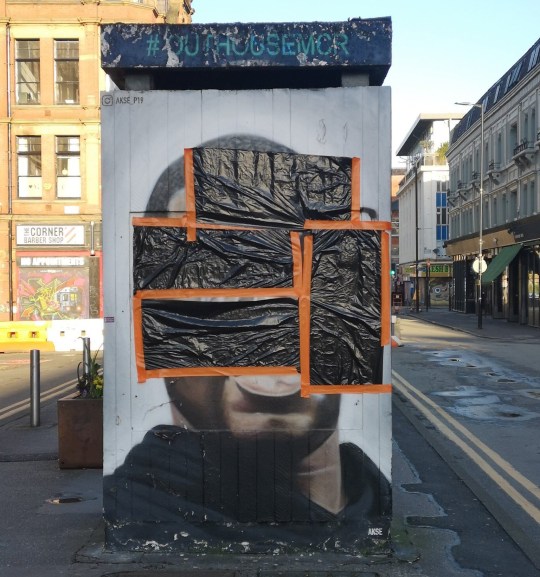 The mural has since been covered up so no one can see the racist slur (Picture: MEN Media) 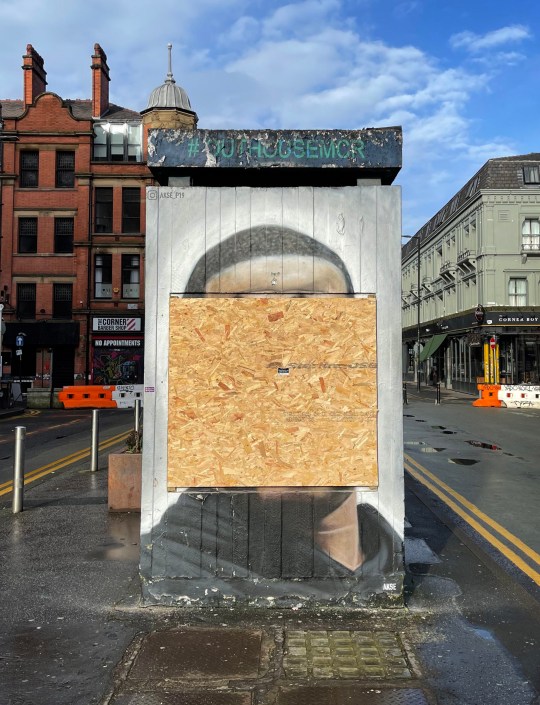 The mural has been vandalised numerous times (Picture: MEN Media)

The mural has since been covered up to protect passers-by. Just last month the same piece was vandalised with a discriminatory message.

While in July, not long after it was first painted, offensive language was scrawled across the memorial before it was fixed by the original artist.

Mr Floyd’s death spurred numerous Black Lives Matter protests last year after he was killed by a white police officer, who knelt on his neck for almost nine minutes. He has since become the face for a global movement against police brutality.