BORIS Johnson has vowed to give HGV drivers a pay rise and is preparing to send morale-boosting letters to workers in a bid to save Christmas.

It comes as fuel shortage fears sparked a nationwide panic-buying spree at petrol stations across the country.

Boris is urging retired HGV drivers to get back on British roadsCredit: Reuters 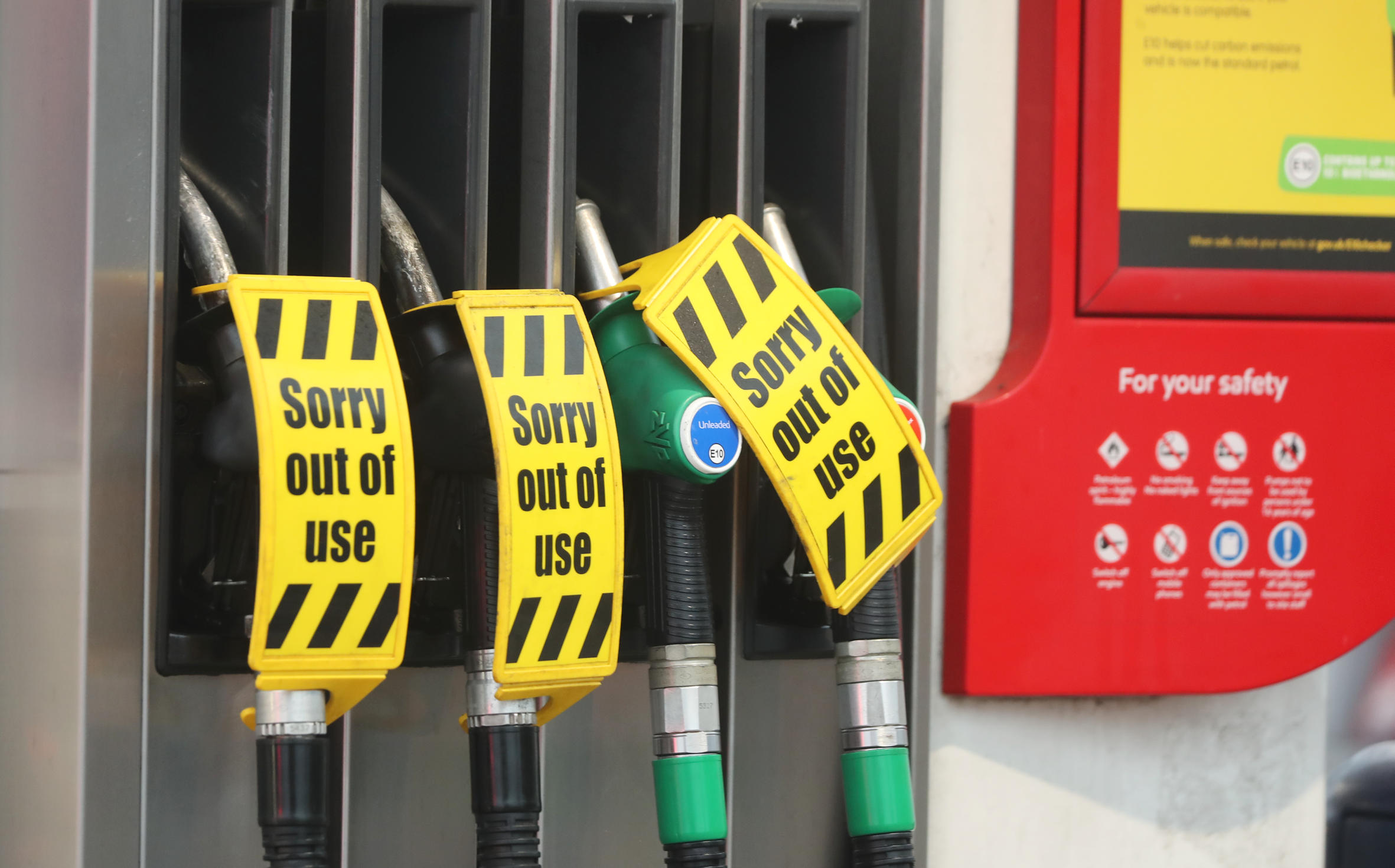 Hundreds of petrol stations are now planning to impose a £30 fuel cap per driver to ensure everyone has a “fair chance to refuel”.

Now ministers are urging nearly 40,000 retired haulier to return to work after retailers warned the Government it has less than two weeks to prepare for the festive season, reports Mail Online.

And the Prime Minister is set to personally sign a million letter to ask drivers who left the industry to get back on the UK’s roads.

Meanwhile Boris has agreed to temporarily loosen immigration rules so foreign HGV drivers can work in Britain to help with the crisis.

Over temporary foreign visas will be fast-tracked to solve the supply chain crisis that retailers are warning could ruin Christmas.

But No10 warns any measures introduced would be “very strictly time-limited”.

Transport Secretary Grant Shapps yesterday said the measures are being put in place to “ensure preparations remain on track” for Christmas.

He said: ‘We are acting now, but the industries must also play their part with working conditions continuing to improve and the deserved salary increases continuing to be maintained in order for companies to retain new drivers.

“I know how important this Christmas is for all of us and that’s why we’re taking these steps at the earliest opportunity to ensure preparations remain on track.”

Hundreds of motorists blocked roads yesterday after fears over a fuel shortage due to a lack of HGV delivery drivers sparked panic buying in Britain.

Cops were even scrambled to forecourts to manage queues and keep traffic moving as tensions flared.

Up to 100 BP petrol stations have been affected by the loss of fuel with around 20 of the company’s 1,200 forecourts closed.

Ministers are also said to be drawing up emergency plans to bring soldiers in to drive tankers to forecourts suffering supply issues.

A Downing Street spokesman said: “We have ample fuel stocks in this country and the public should be reassured there are no shortages.

“But like countries around the world we are suffering from a temporary Covid-related shortage of drivers needed to move supplies around the country.

“We’re looking at temporary measures to avoid any immediate problems, but any measures we introduce will be very strictly time-limited.

“We are moving to a high-wage, high-skilled economy and businesses will need to adapt with more investment in recruitment and training to provide long-term resilience.”

Yesterday Boris reportedly backed the building of a new generation of nuclear reactors by 2050 because of the fuel shortages.

Business Secretary Kwasi Kwarteng is said to be set to approve funding for Rolls-Royce to create a fleet of mini reactors as ministers adopt a “change of focus” towards nuclear power.

Rolls-Royce believes the plan to install at least 16 plants could create 40,000 jobs by 2050, the Times reports.

The company will be the first developers of the “small modular reactors” to submit its designs to regulators.

The PM is understood to see the move towards nuclear power as essential to the government plans to achieve its 2050 net zero targets and his levelling-up agenda. 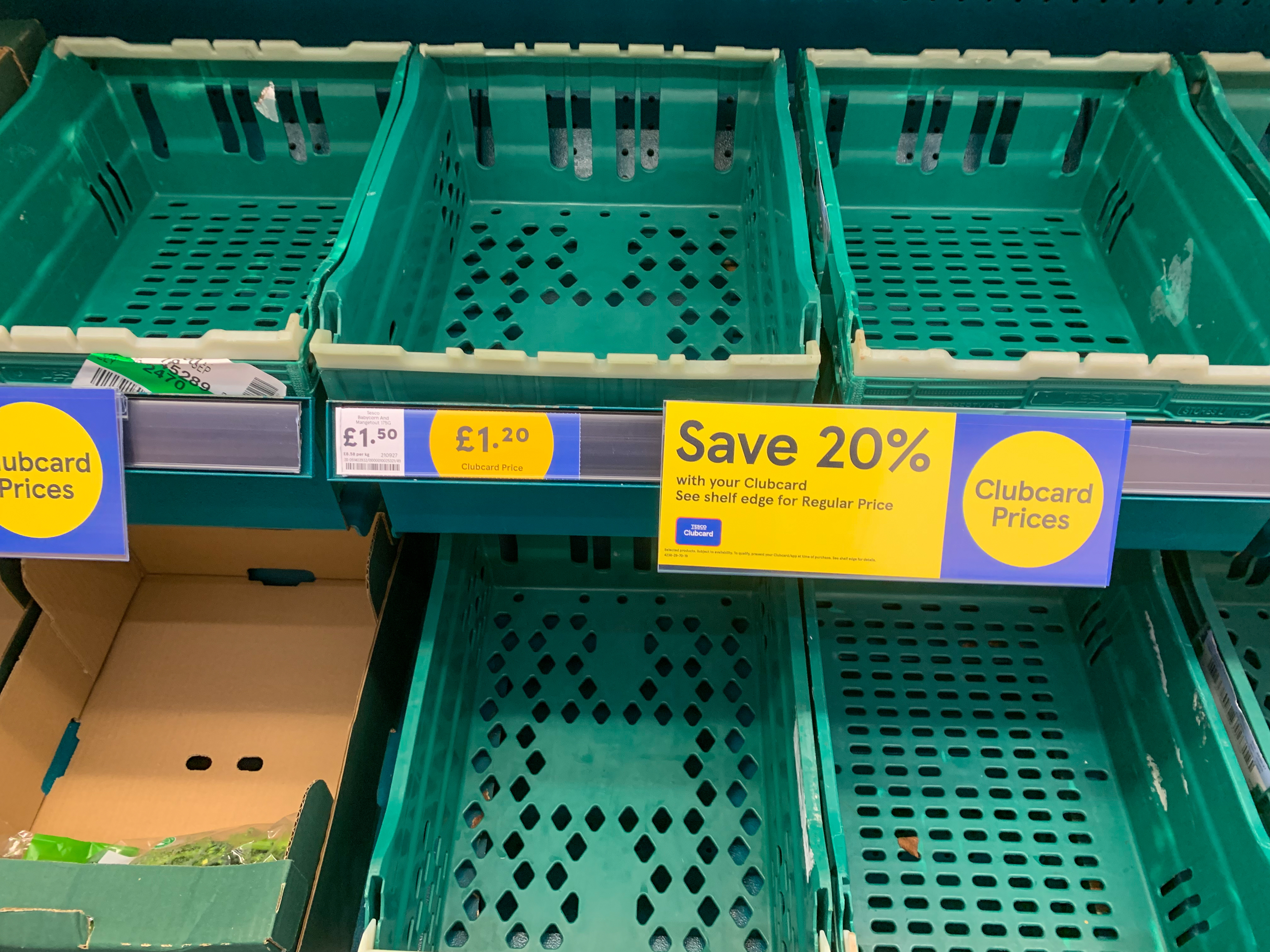 Supermarkets in Cambridgeshire were experiencing shortages this week due to supply chain issues and a lack of lorry driversCredit: Bav Media