BORIS JOHNSON has vowed to have a pint in the pub on April 12 as the second stage of the government’s roadmap out of lockdown starts.

The Prime Minister made the promise at this evening’s Downing Street press conference as he confirmed boozers, shops, and hairdressers will reopen next Monday. 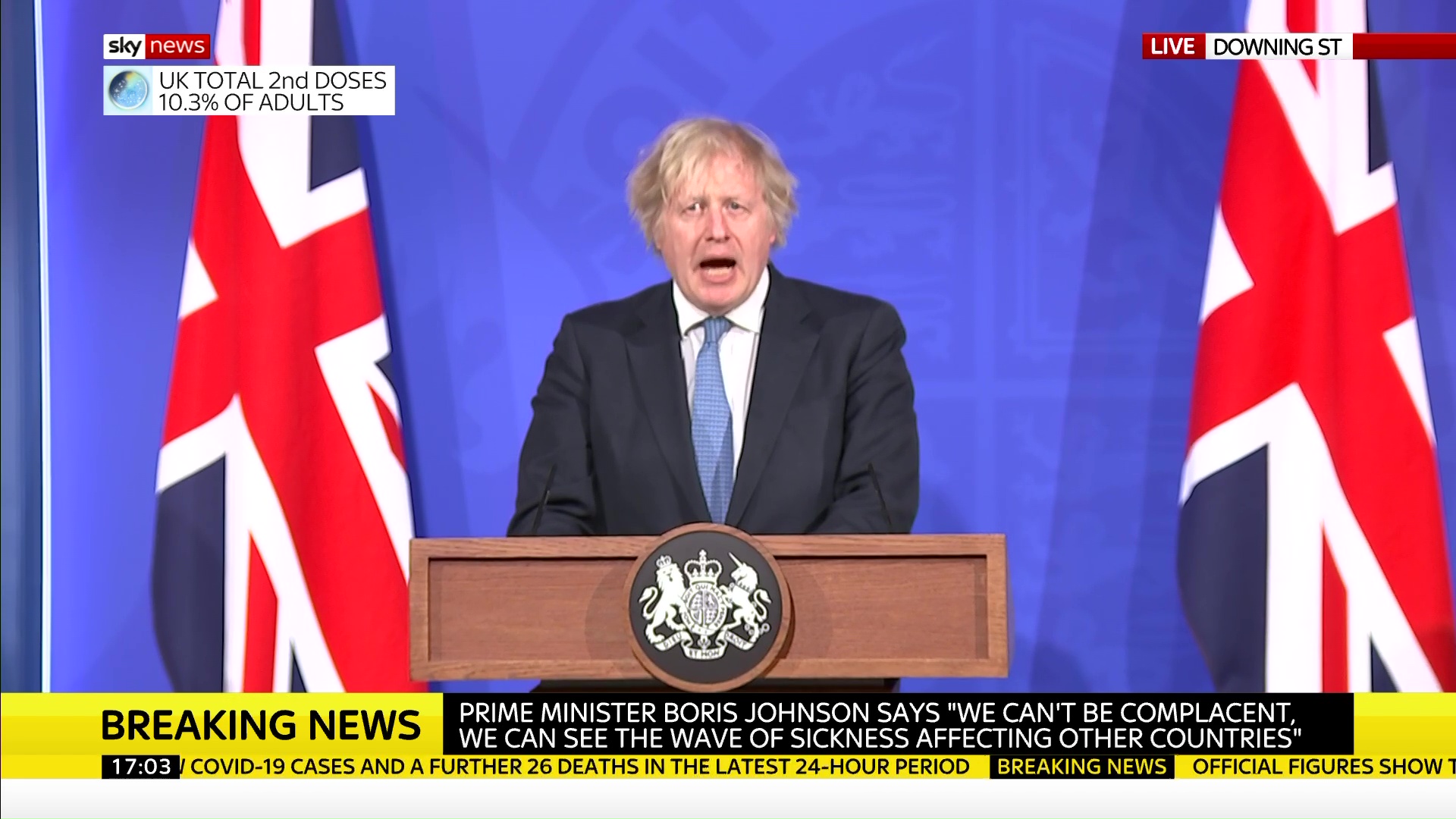 Boris Johnson has revealed this evening that he will have a pint when pubs reopen next weekCredit: Sky News 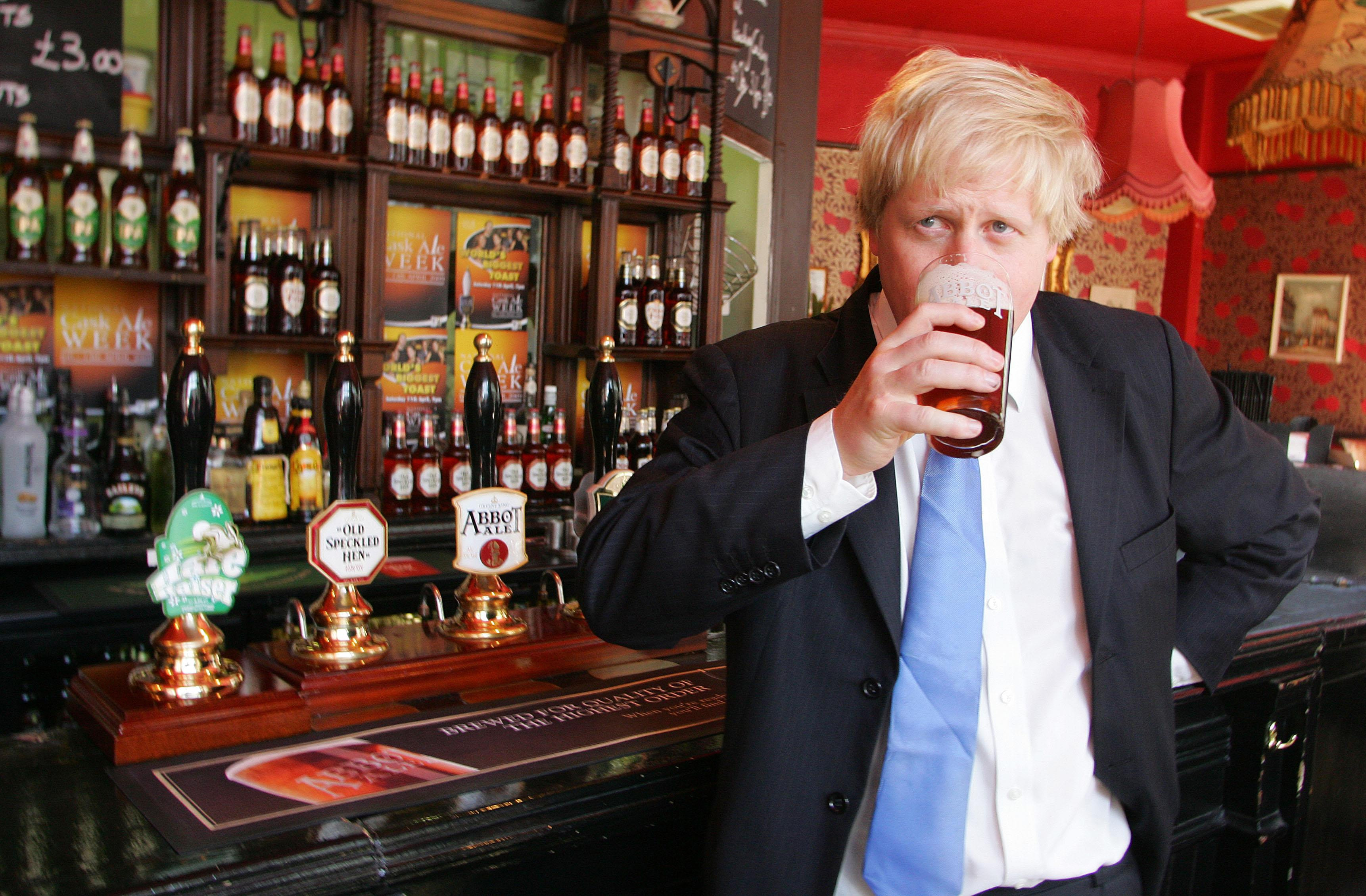 Under the next stage of his roadmap to freedom hospitality venues in England will be able to serve customers outside, while still respecting rules on social distancing and mask wearing.

Boris praised the “collective efforts” of the country as Covid case rates remain low amid the vaccine rollout, which has seen more than 31 million Brits jabbed.

And he said he would be having a tipple to celebrate the next stage of the country’s reemergence from Covid restrictions by sinking a beer in the pub as soon as he can.

Mr Johnson said: “The net result of your efforts and of course the vaccine rollout is that I can today confirm that from Monday April 12, we will move to step two of our road map.

“And on Monday 12, I will be going to the pub myself and cautiously but irreversibly raising a pint of beer to my lips.”

The PM also insisted he’s confident further steps of his roadmap out of lockdown will be able to go ahead as planned.

He said: “We see nothing in the present data that makes us think we will have to deviate from that roadmap.

“But it’s by being cautious, by monitoring the data at every stage, and by following the rules that we hope together to make this roadmap to freedom irreversible.”

But he urged Brits not to be “complacent” as

Last week, the PM confirmed lockdown easing would go ahead on schedule and vowed to be back down the pub “in a few days’ time”.

peaking at the Conservatives’ virtual spring forum on Saturday, Boris said he can see nothing in the data to dissuade him from continuing along his lockdown easing roadmap. 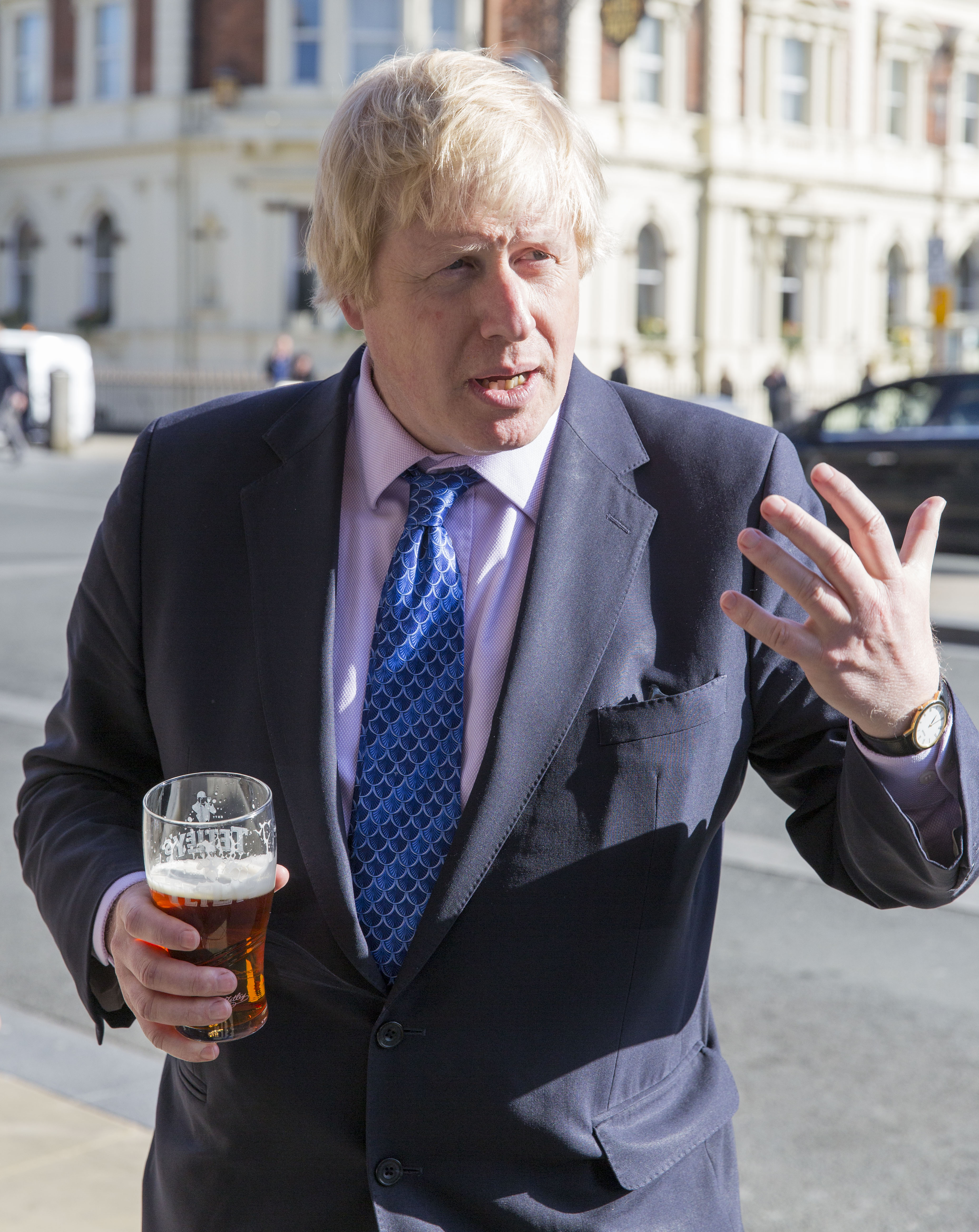 The PM said last week: “I’m going to be able to go down the street and cautiously, but irreversibly, I’m going to drink a pint of beer in the pub”Credit: Nick Obank – The Sun 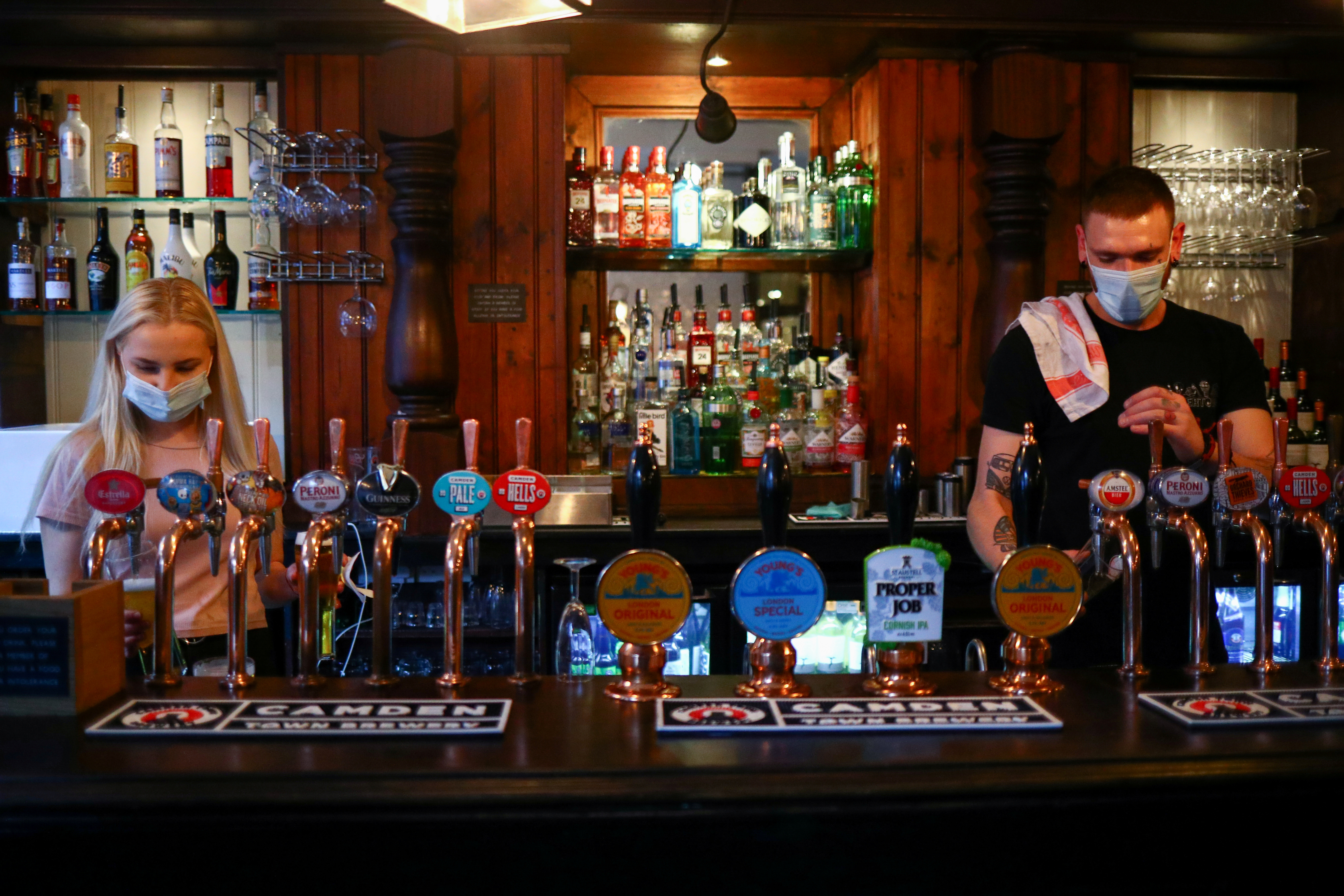 Pubs will be able to serve customers outdoors from next Monday

She said: “Most hospitality venues have six more weeks to get through before they can reopen.

Pubs and restaurants in England will be able to serve customers outside, while still respecting rules on social distancing and mask wearing, from next Monday. 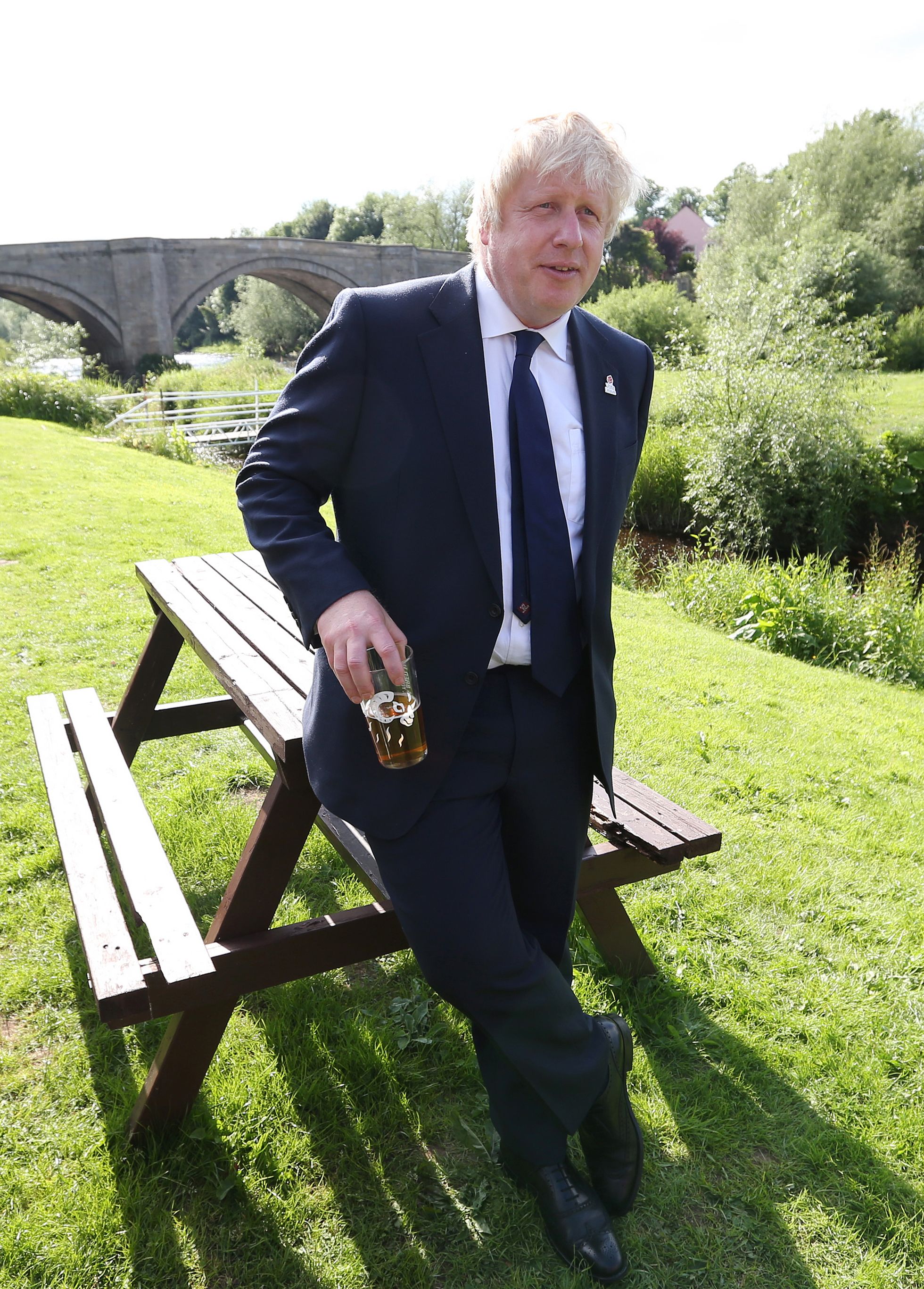 Boris was speaking as pubs in England look to reopen their gardens on April 12Credit: AFP or licensors

Many landlords have reported bookings are already at unprecedented levels as thirsty punters flock for their first chance to eat and drink out since lockdown was imposed.

And the British Beer and Pub Association warned that even though they’re being allowed to reopen, many bars won’t be able to turn a profit on just outdoors trade alone.

Its boss Emma McClarkin said: “Those who open are those who are desperate to reconnect to customers, provide that vital meeting point for people in more isolated areas.

“It will be loss-making but businesses are making preparations to get back to what they do best.”

And Kate Nicholls, chief executive of UKHospitality, urged the PM to commit to a full reopening of pubs in June 21 to stop many businesses going under.

Pete Davidson Officially Moves Out of His Mom’s Basement