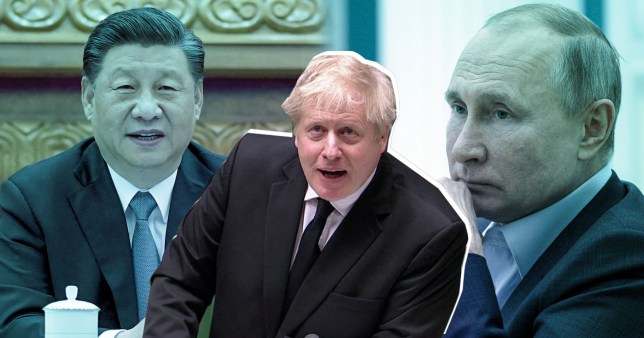 Foreign spies found operating in the UK face being prosecuted and deported under new laws to protect the country from the likes of Russia and China.

Boris Johnson is set to announce the proposal in the Queen’s Speech next month, making it a criminal offence not to declare work in the UK on behalf of a foreign government, The Times reports.

The Home Office has confirmed plans for a central register in a bid to counter hostile spy activity, following similar concepts being considered by Australia and the US.

The move is understood to be part of the Government’s response to the Intelligence and Security Committee’s (ISC) report last year into allegations of Russian interference in British politics.

In its response, the Government vowed to be ‘resolute in defending our country, our democracy, and our values from such hostile state activity’.

The Times report said other changes being prepared for May 11 would include an update to the Official Secrets Act so it can be used on state actors working from abroad, such as cyberhackers targeting Britain at the request of aggressive states.

Following the ISC’s findings, the Government said it would work with allies to ‘counter disinformation, as well as to bear down on illicit finance, combat influence operations, and fend off cyber-attacks’.

The development comes as relations with Moscow disintegrated further after Foreign Secretary Dominic Raab said the UK Government ‘stands in full support’ with the Czech Republic as it seeks to catch two men who were using passports with the same names as those believed to be responsible for the Salisbury Novichok attack. 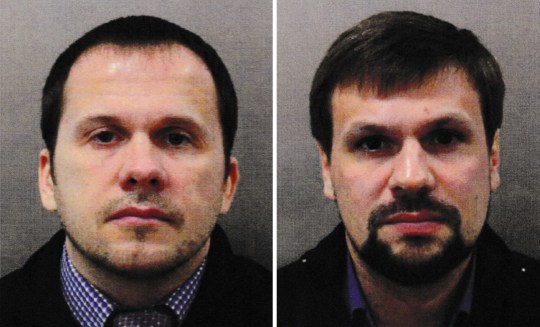 Salisbury poisoning suspects Alexander Petrov (left) and Ruslan Boshirov are wanted over a bombing in the Czech Republic (Picture: PA)

Czech authorities published photos of two foreign citizens who visited the country in 2014 and asked the public for any information about them in a move thought to be linked to a huge ammunition depot explosion in the town of Vrbetice in 2014.

The two were using Russian passports and were identified as Alexander Petrov, 41, and Ruslan Boshirov, 43.

Petrov and Boshirov are wanted by police in the UK after the Crown Prosecution Service authorised charges against them in connection with the attempted killing of Sergei Skripal in Salisbury on March 4 2018.

Mr Raab said: ‘We are as determined and committed as ever to bring those responsible for the attack in Salisbury to justice, and commend the actions of the Czech authorities to do the same.

‘Russia must desist from these actions, which violate the most basic international norms.’